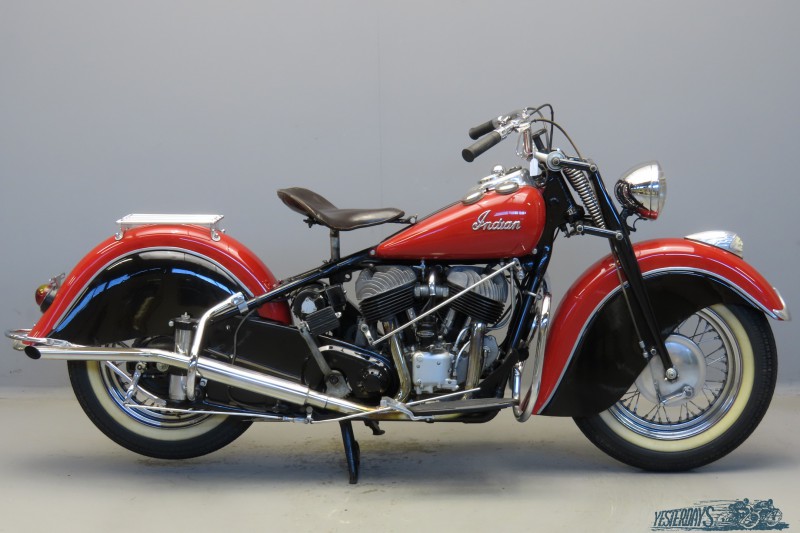 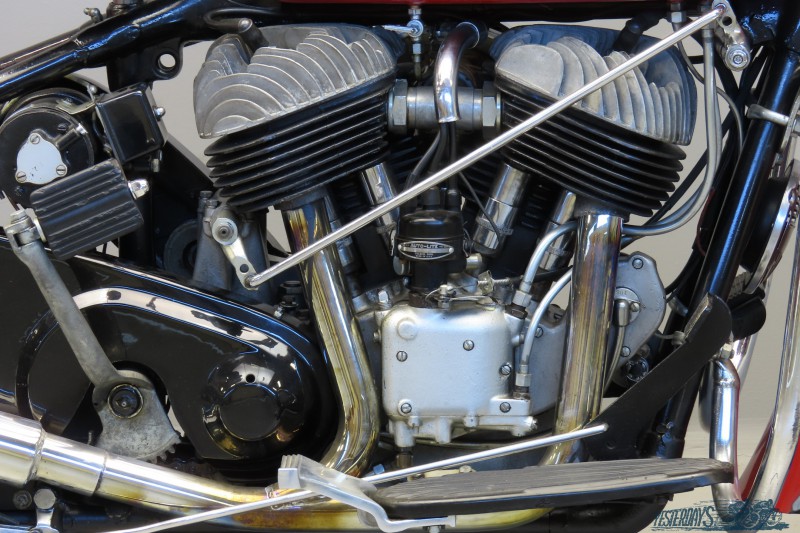 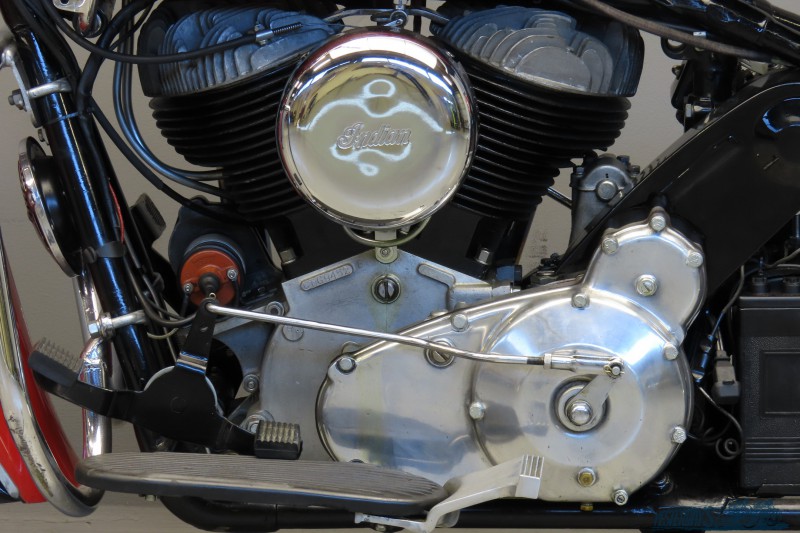 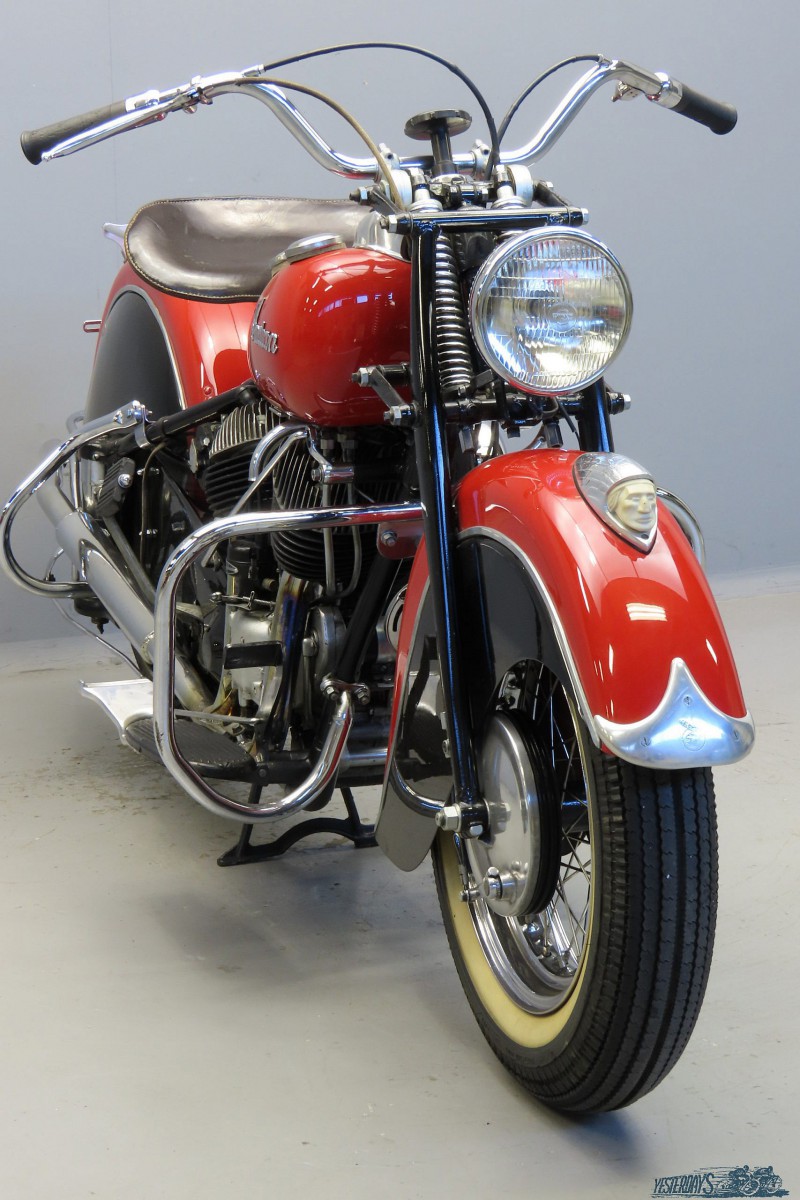 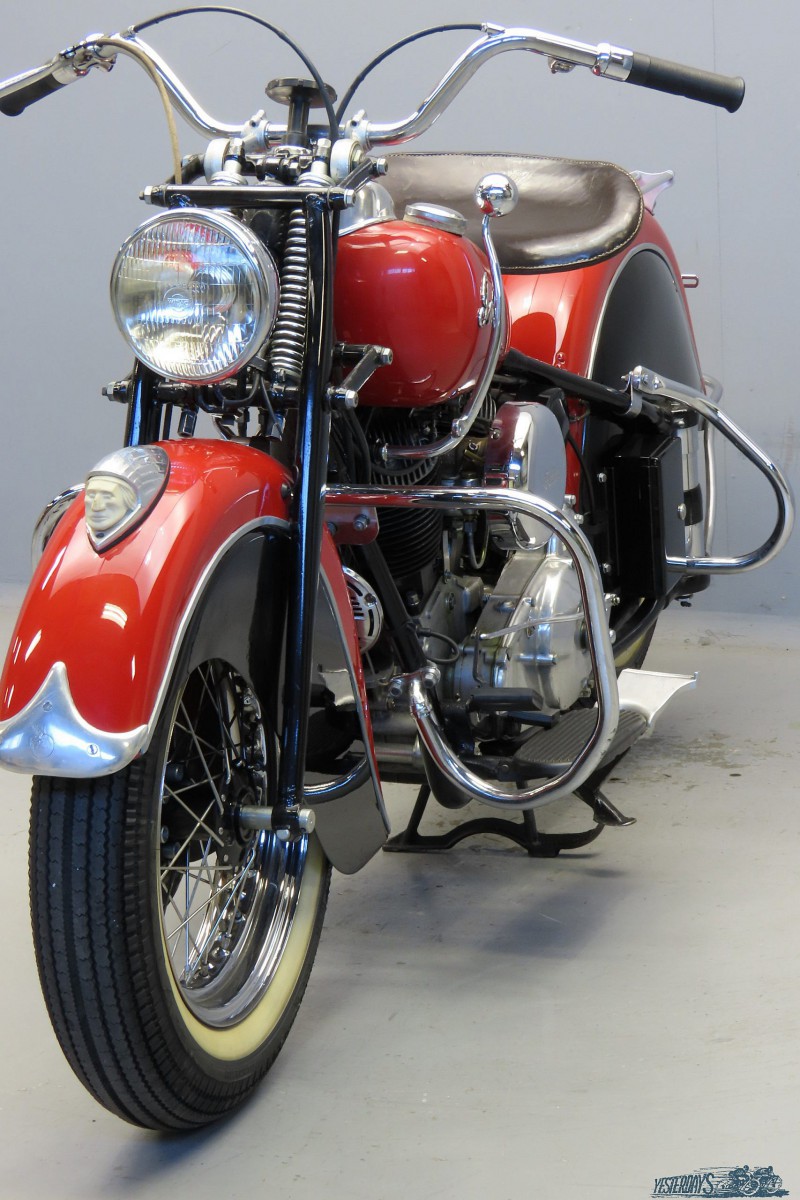 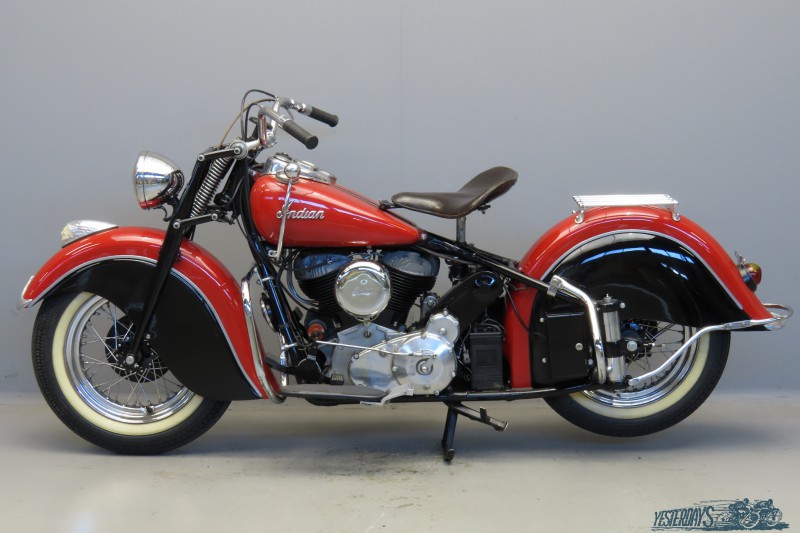 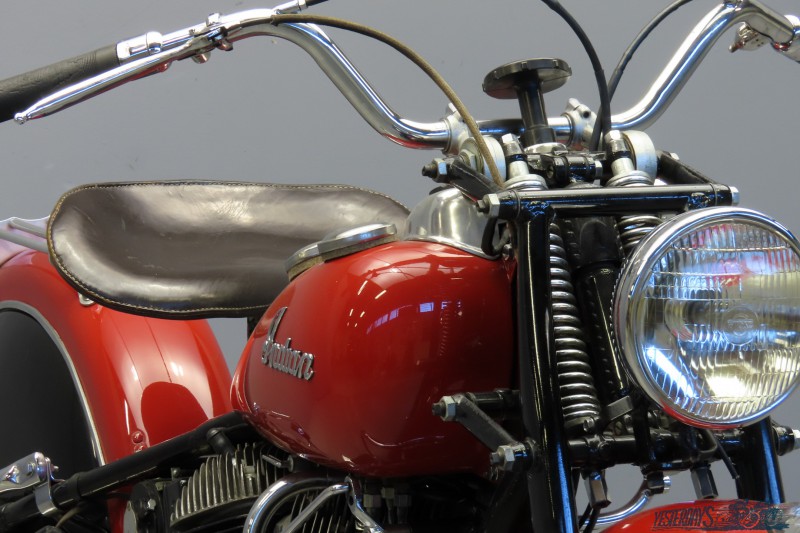 In 1940, some 39 years after the company’s founding, Indian went all-in on the skirted fender design, outfitting Scouts, Chief and Fours with the new tinware.
After World War 2 only the Chief made a return – in 1947 they did make 11,849 of them – supposedly a stop-gap measure until lighter, more advanced models came online.
But a series of financial and engineering missteps doomed the company and Chiefs were still being sold when the Springfield, Massachusetts factory shut its doors in 1953.
New for 1946 was the double-spring girder fork with hydraulic shock absorber.
This fork was a narrower version of the one that had been used on the Model 841 shaft drive army motorcycle.
Late in 1946 5.00 x 16 inch tyres became standard. For 1947 the focus was on minor styling changes as the 1947 brochure pointed out: “With the accent on clean-cut, modern streamlines, blended from front fender to rear bumper, Indian has achieved up-to-the-minute style and beauty.
Deep, rich colors,…De Luxe Jet-Black, sparkling Seafoam Blue , brilliant Indian Red…set off by the selection of chromium finish to your choosing, makes possible a motorcycle you will be proud to own.
A luxuriant motorcycle with “Distinction of Character” in every fine line of its being.
Your motorcycle will dazzle the eye of motorcycle enthusiasts and others when it’s one of these three new Indian models , the most beautiful motorcycle on earth.”
For many enthusiasts the pre-’50 girder fork Chiefs offer the best styling.
After that date, telescopic forks were fitted, which threw off the aesthetics a bit in many people’s opinion.
The “B” suffix after the engine number refers to the battery and coil ignition, the Chief was also available with magneto ignition as the 347-M. The sturdy and reliable Chief engine delivers some 40hp @4,700 rpm, good for a top speed of some 160 km.
1947 Chiefs were available in three types, “The New Clubman”, “the New Sportsman” and “The New Roadmaster”.
The latter was equipped with windshield, twin spotlights, saddlebags and Chummy seat.
The chrome handlebars, front and rear safety guards, chrome wheel rims & headlamp identify this Chief as a “New Sportsman”.
This smoothly running and handsome Red & Black king of the road comes with whitewall tyres and has been restored excellently.