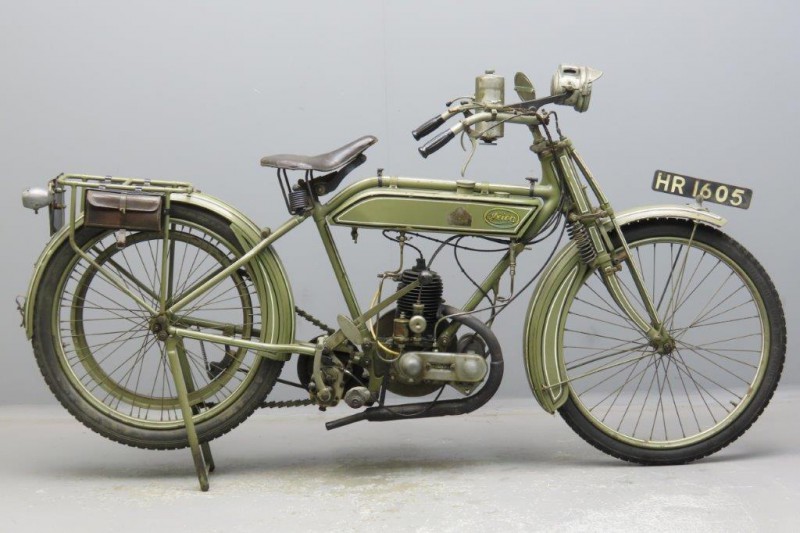 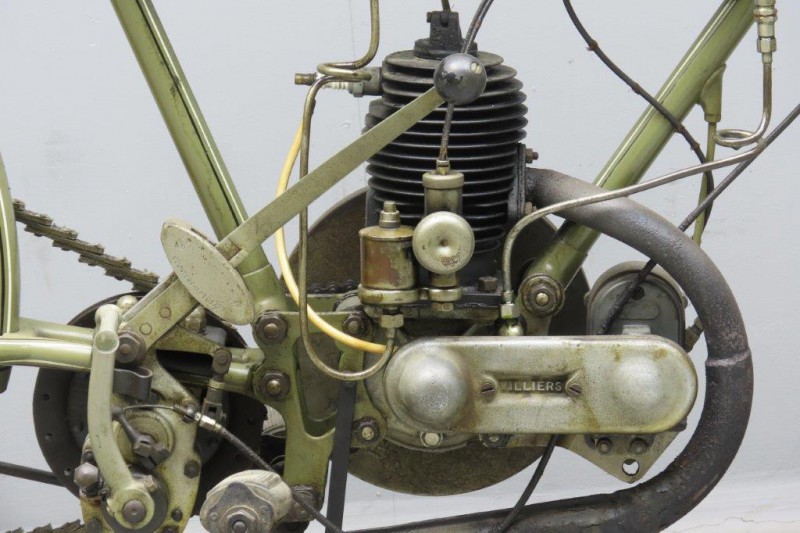 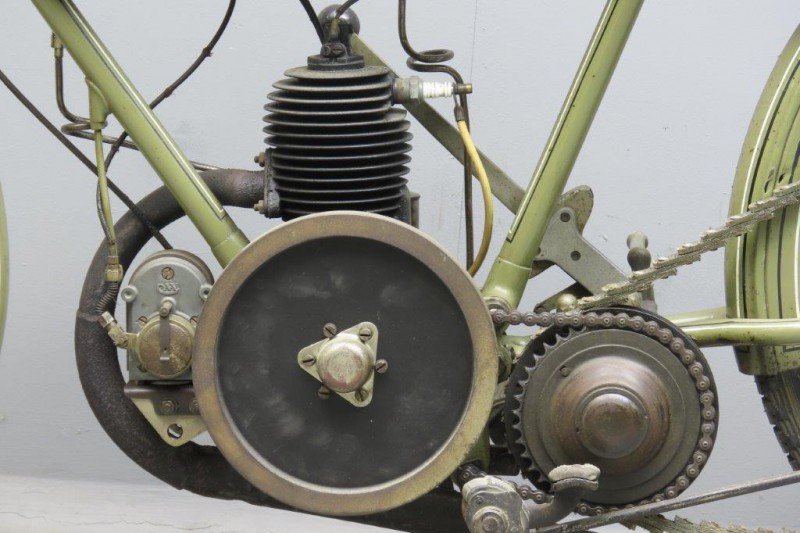 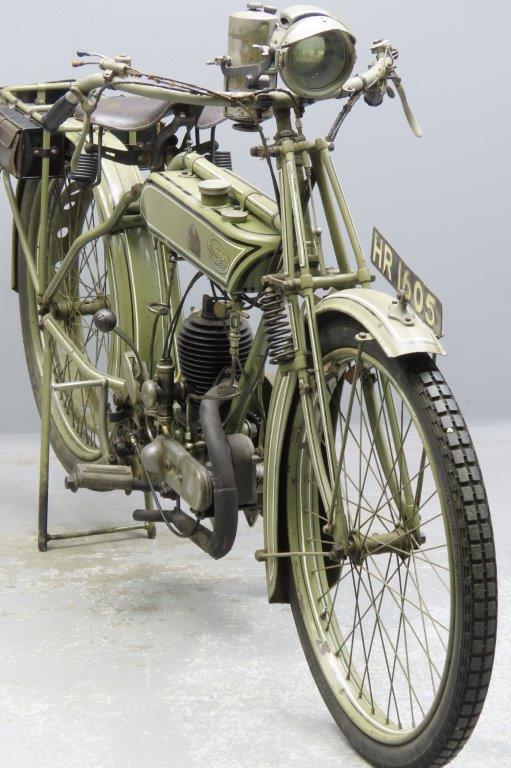 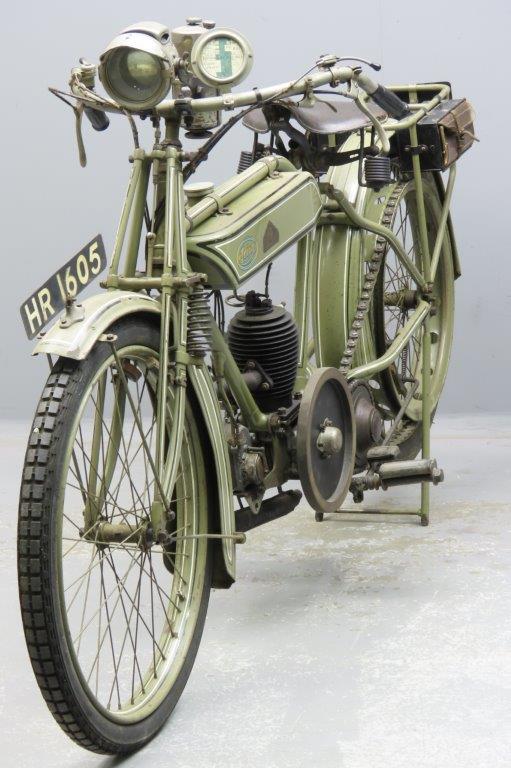 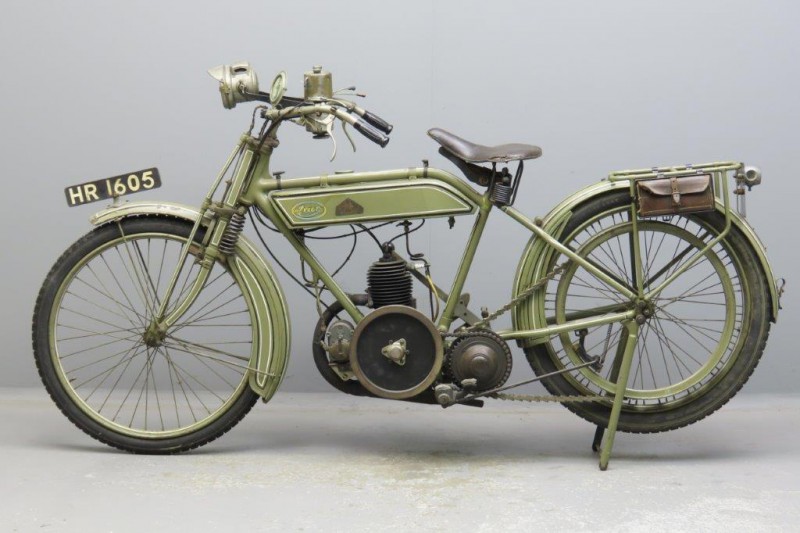 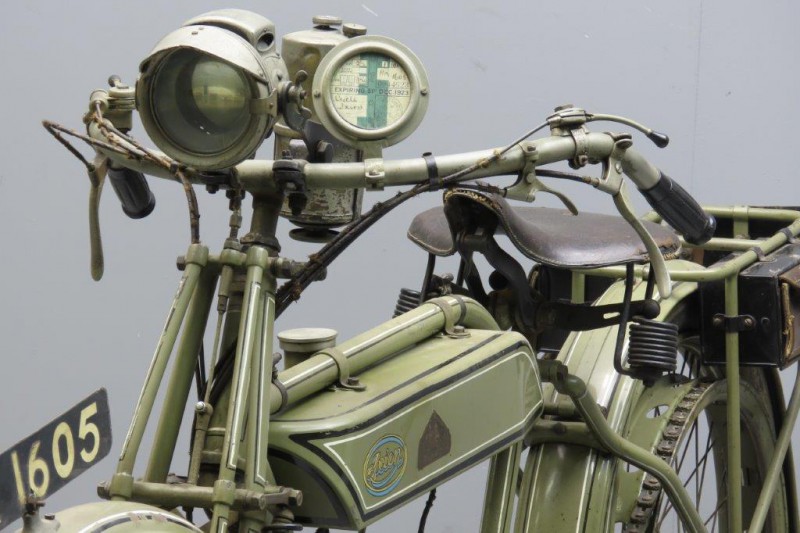 Ixion motorcycles were made by the Ixion Motor Manufacturing Company in Great Tindal Street, Ladywood, Birmingham between 1910 and 1923.
The company name was derived from the Greek mythological figure of Ixion who had betrayed the god Hermes and, as a punishment, was bound to a fiery wheel and had to traverse the sky eternally.
The early models were machines with four stroke engines but from 1914 only two stroke engines were used, mainly 269cc Villiers but there also was a 349cc model with Peco engine.
|The 1920 model range consisted out of four basic models, model A with fixed gear, Model B with 2-speed gearbox, Model C “Sidecarette” with 349cc Peco engine and Model D with open frame as a Ladies’ Model.
The standard Model B cost £50 but for an additional £9 you could order the MK II with a two-speed Sturmey-Archer gearbox.
The “HR” registration was used in Wiltshire from 1919 to 1924 and the records have been kept, so it should be possible to track the early ownership history of this interesting two stroke machine. The make was known for its excellent quality and HR 1605 has all evidence of this. Ixions are relatively rare motorcycles, only a handful survivors has been recorded in the Register of Machines of the VMCC.
The machine comes with Lucas acetylene lighting, CAV magneto and AMAC carburettor.
The tax disc holder on the handlebars displays a 1923 disc and on the petrol tank the original “Fiery Wheel” transfers have been preserved.
This quality vintage motorcycle is and older restoration and a healthy runner.