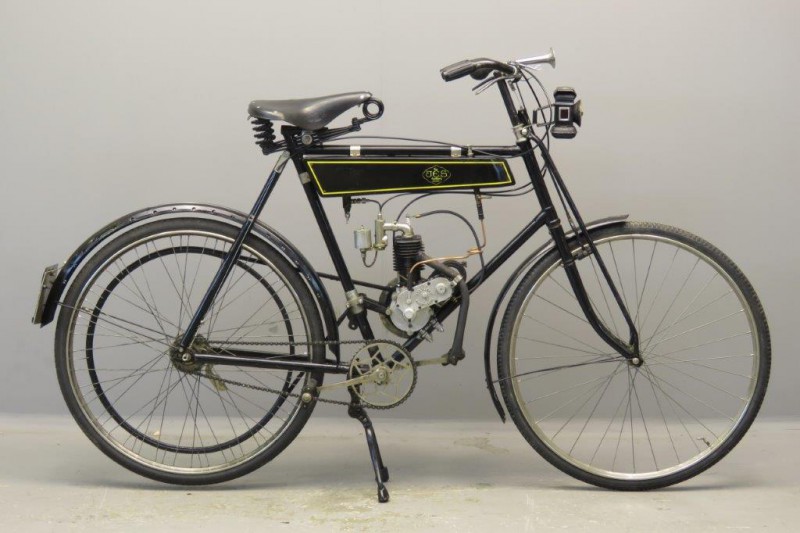 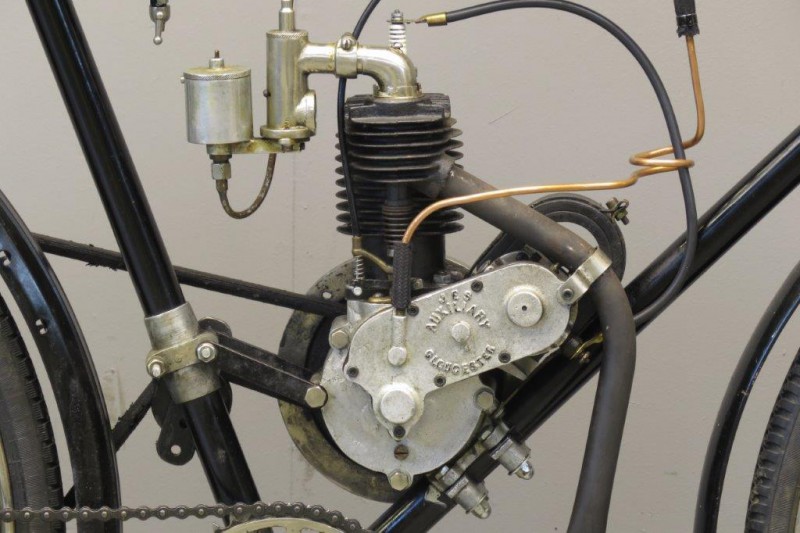 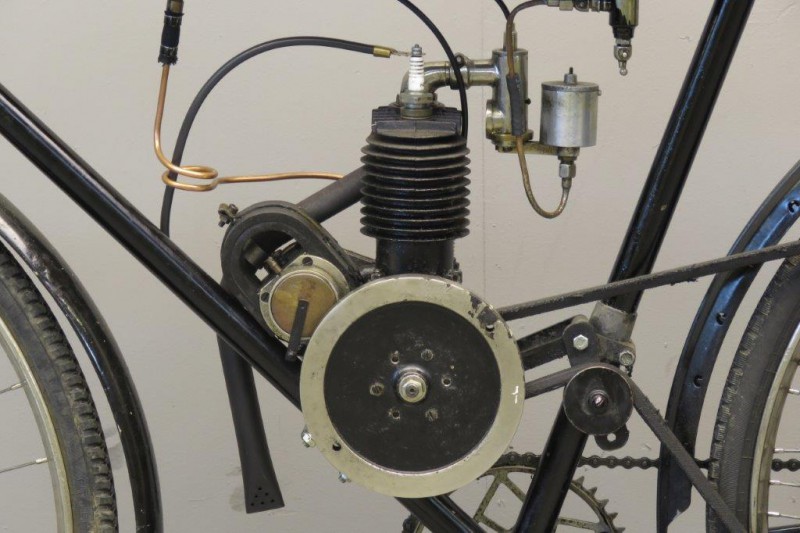 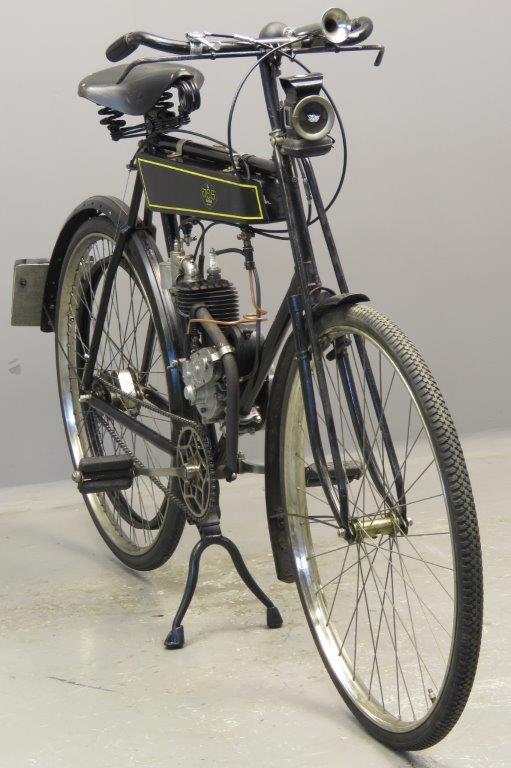 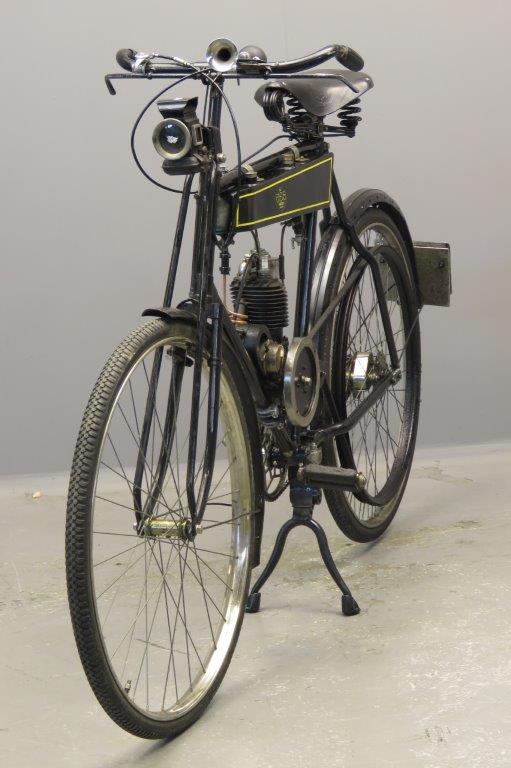 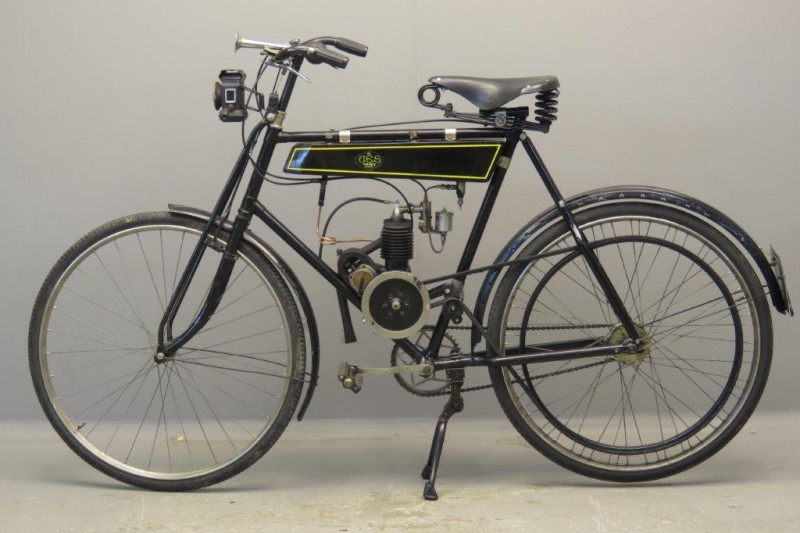 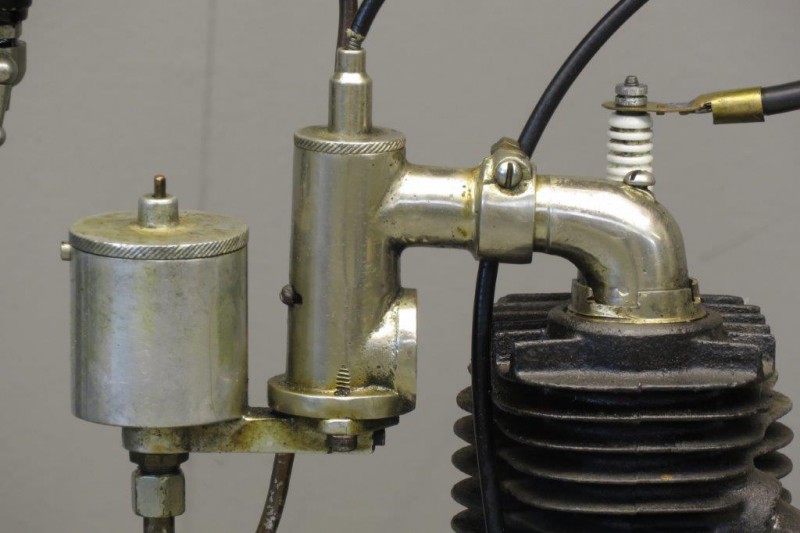 John Edwin Smith started manufacturing auxiliary engines for bicycles in Glouchester  around in 1909.
He offered engine sets as well as complete machines.
The original bore x stroke of 51 x 57 mm gave a capacity of 116 cc. In 1915 a 1 ¾ HP model of 189 cc was added , in 1920 the capacity was listed as 147 cc.
New for 1922 was a two stroke model of 169 cc with 2 speed gear.
In 1923 a 247 cc two stroke was offered and in 1924 and 1925 both two stroke and four stoke models were listed.
Around 1924 the business moved to Aston, Birmingham, where Smith killed himself at the age of 47 because of “commercial worries”, according to a newspaper article that related Smith’s tragic dead.
The business was taken over by Connaught and production stopped around 1925.

This 1914 model comes complete with Pioneer Certificate and is fitted with a two speed gear in the rear hub.
Accessories include Lucas oil lamp and bulb horn.
This light and practical veteran machine is an excellent runner.