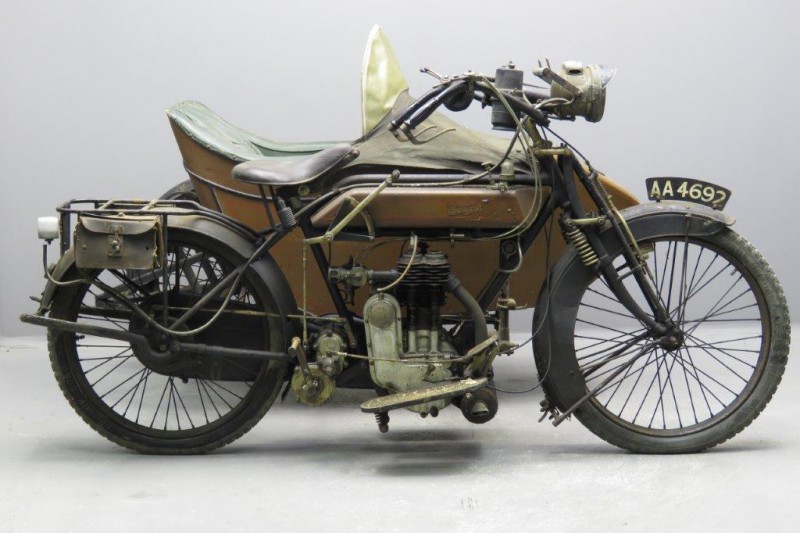 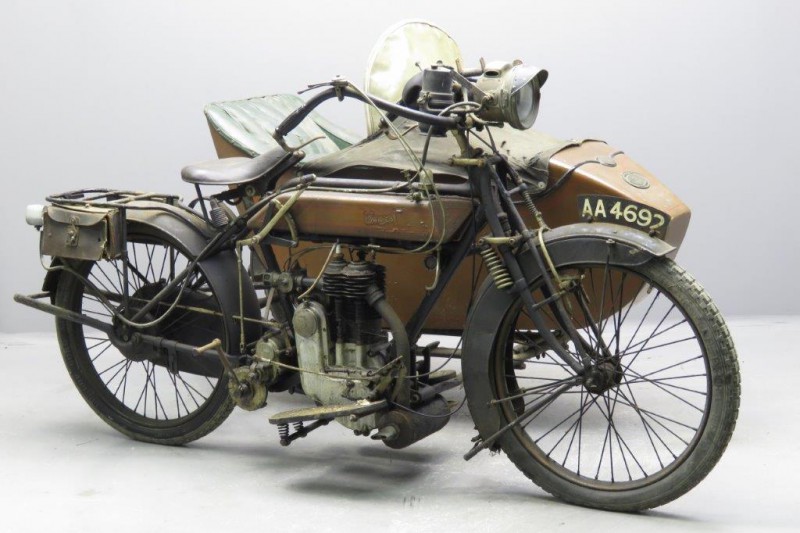 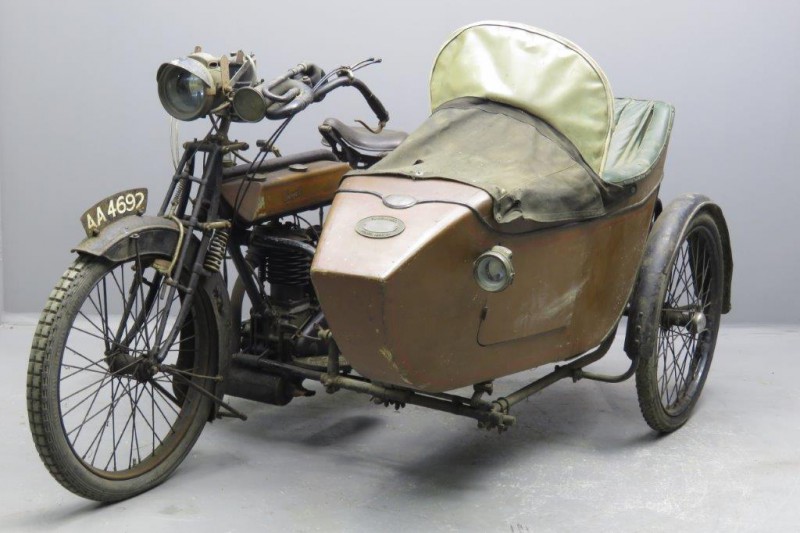 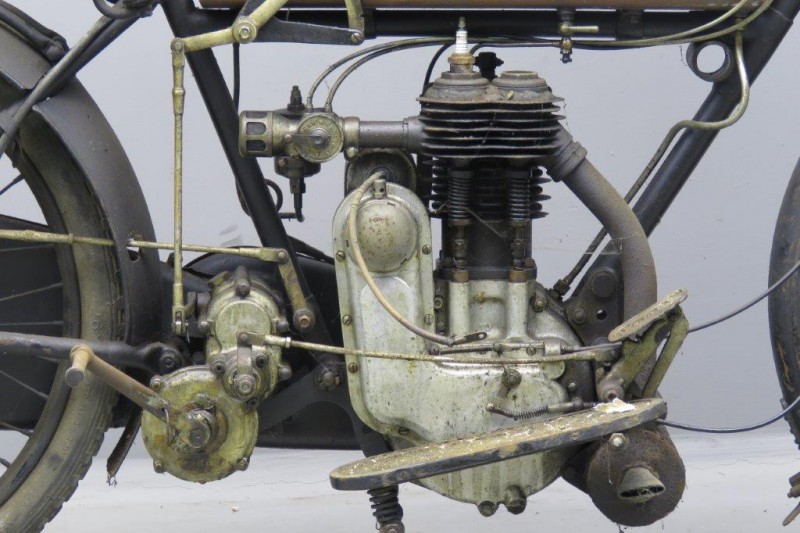 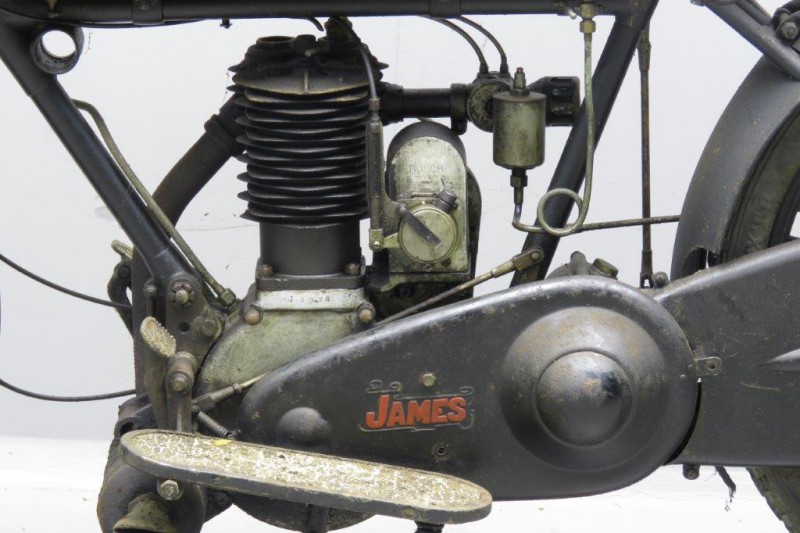 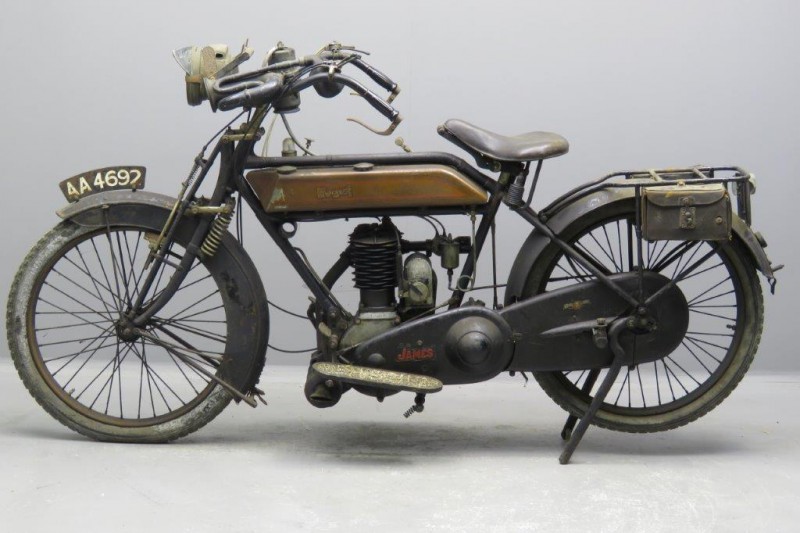 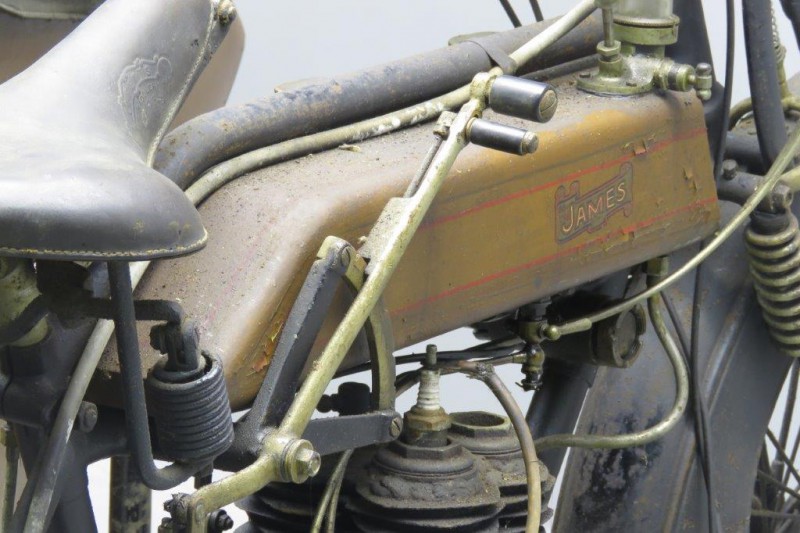 The James Cycle Company became a public company in 1897.
Then Harold James, the founder of the company, quietly retired from the scene.
When the first James motorcycle was marketed in 1902, Harold had already passed away.
The veteran James models were merely strengthened bicycles with Derby and Minerva engines. Later on FN engines were used.
The firm prospered and already in 1912 countershaft gears were offered on James machines.
For 1913 6 variations of the  86×96 3 ½ HP model were offered, varying from a single speeder belt driven option (“James No. 1”) to a three speed countershaft machine (“James No. 6”), the latter being more than 20% more expensive.
A notable feature of this engine was the cylinder layout with “staggered radiators’ as the company put it.
This typical layout of the cooling fins would become a James trademark.
In 1914 the range was widened to suit every type of customer:
there was a 495 cc 3 ½ HP twin that was especially designed for solo work, the 3 ½ HP got a longer stroke and was upped to 598 cc and 4 ½ HP to satisfy the sidecar enthusiasts and last but not least a  225 two stroke model was available for those who preferred a light and economical machine.
During the Great War James supplied machines to the English, French, Belgian and Russian armies. James continued making mostly four strokes in the twenties, but after 1930 the range focused on two strokes of less than 250 cc capacity.
In the early fifties James came under control of the Associated Motor Cycles organisation and about ten years later production stopped.
This  top of the range model has full chain drive and 3 speed James countershaft gearbox with foot-controlled clutch, all features that make it a very practical veteran.
It comes complete with Lucas acetylene lighting set &bulb horn.