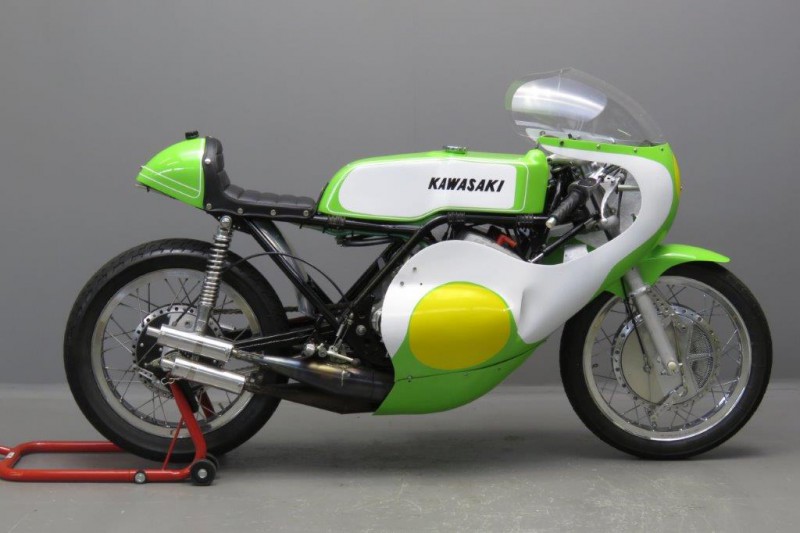 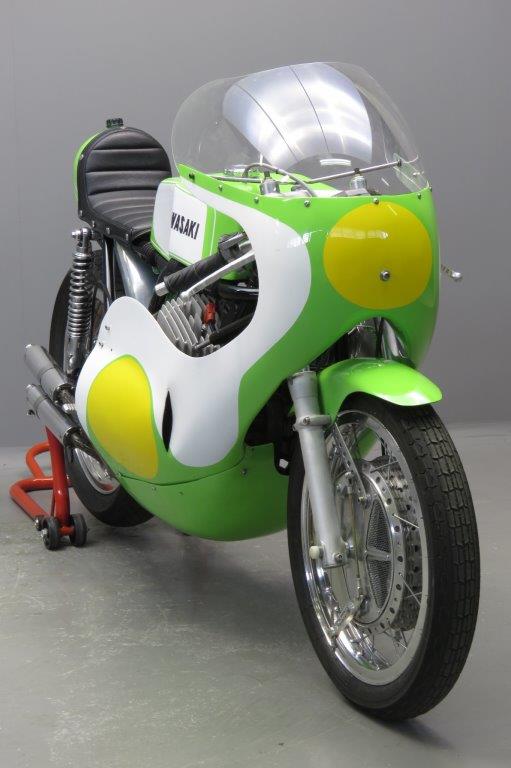 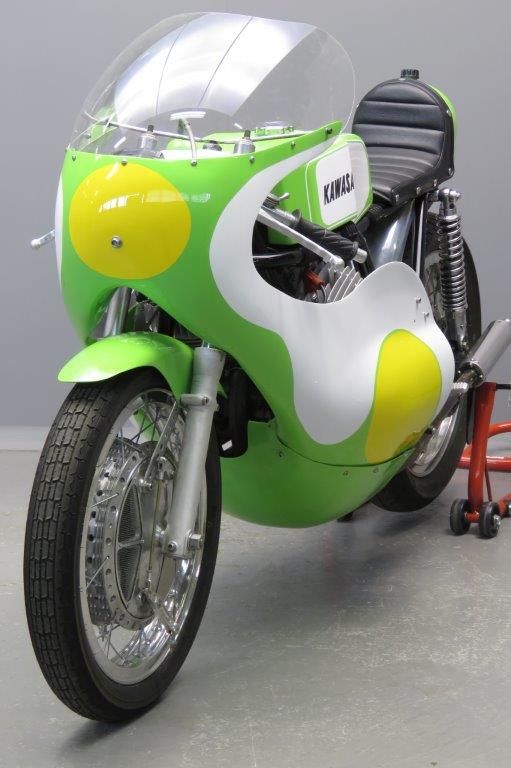 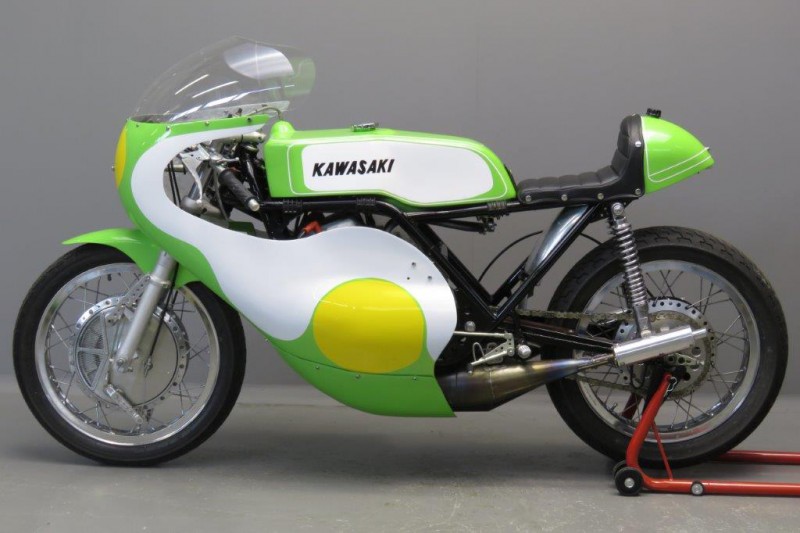 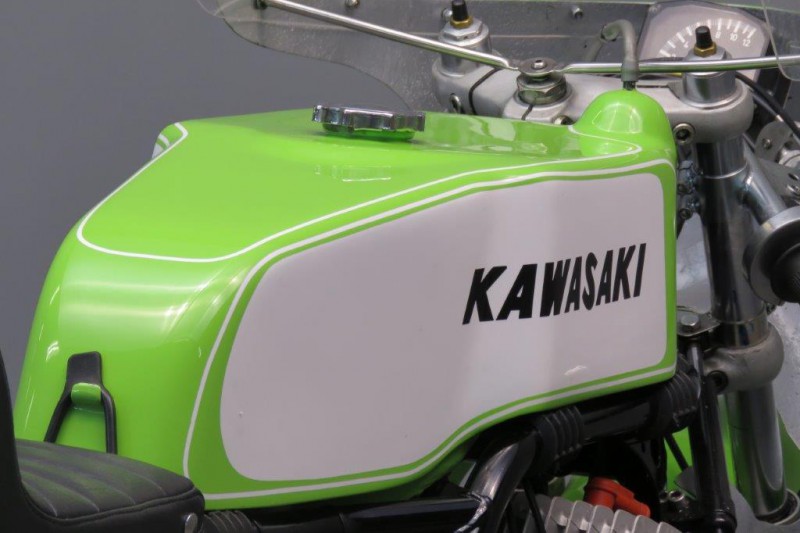 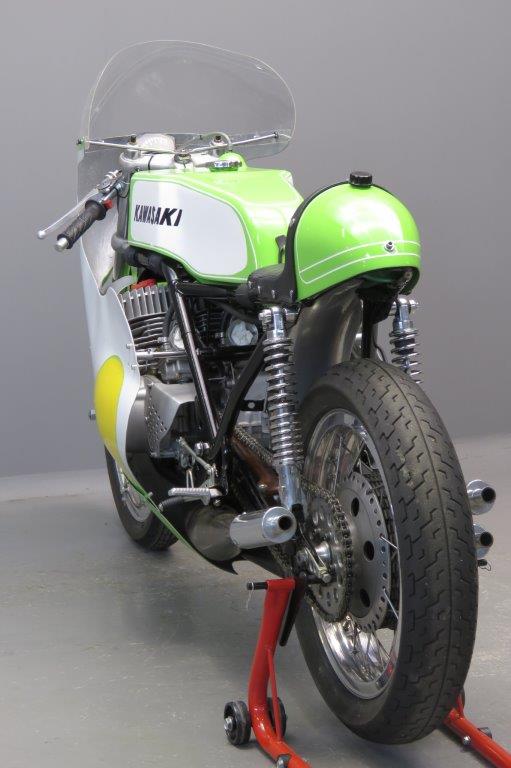 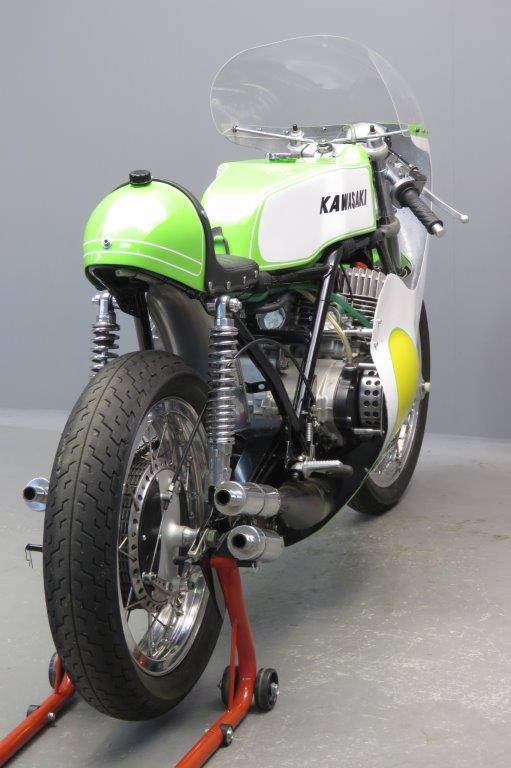 In the spring of 1969 the motorcycle world was excited to hear that Kawasaki had come up with something really new.
The new product was a two-stroke three-cylinder 500-cc. motorcycle and although its standard engine had 60 h.p. and an acceleration time from O to 60 m.p.h. of just over three seconds, it was not designed for world championship racing but for the road.
The Kawasaki triple was an immediate commercial success, and it attracted the attention of the tuning and racing world, whose orders prompted the factory to develop a Grand Prix version.
There were a lot of Kawasakis at the starting line in 1970 world championship racing in the 500-cc. class and it took Ginger Molloy, the New Zealand racer, to ride one to second place in the championship, behind Agostini.
Despite its power, the Kawasaki was a handful to ride and could be somewhat quirky.
Kawasaki brought out an improved model in 1971 with better chassis and brakes.
Dave Simmonds rode it to one first place, one second, and two third places in the world championship, but in other races it was unfortunately always outpaced by its obvious competitor, the Suzuki 500 Titan Daytona twin.
The last successful year for the Kawasaki 500 was 1972, the year Simmonds got a second place at the Spanish Grand Prix.
This Kawasaki  is a faitfull reproduction of the then famous racing model H1RA.
She runs extremely well and will still be a serious competitor in all classic racing events.