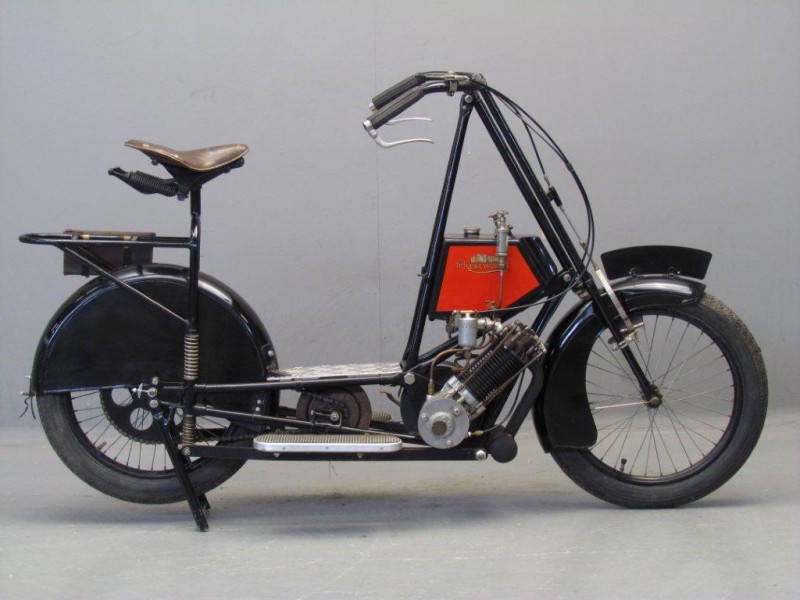 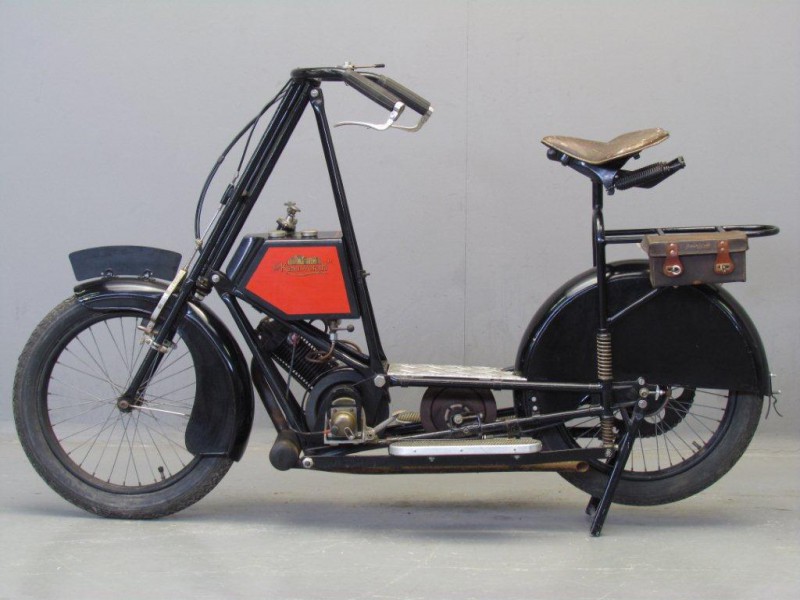 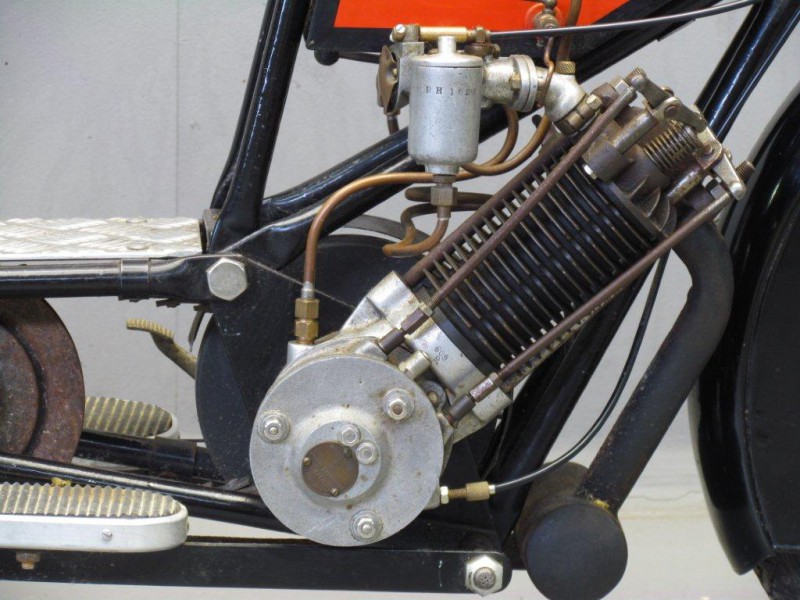 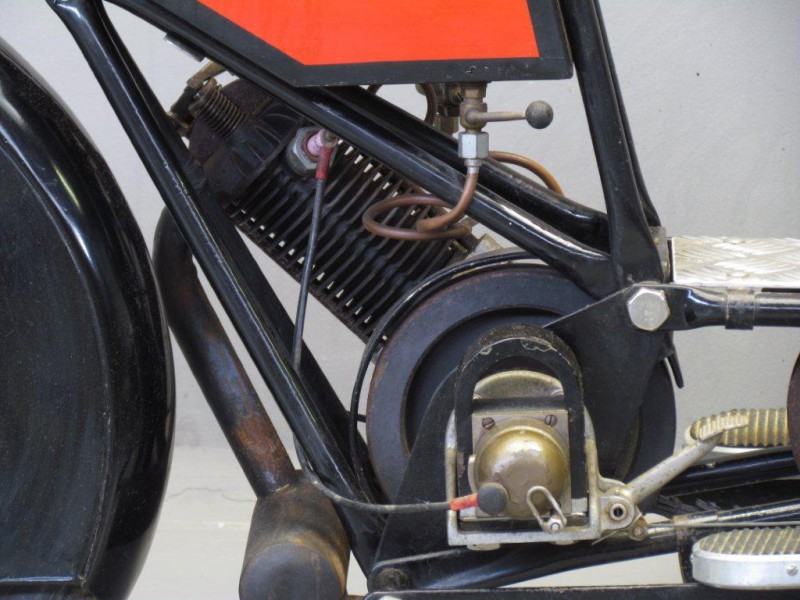 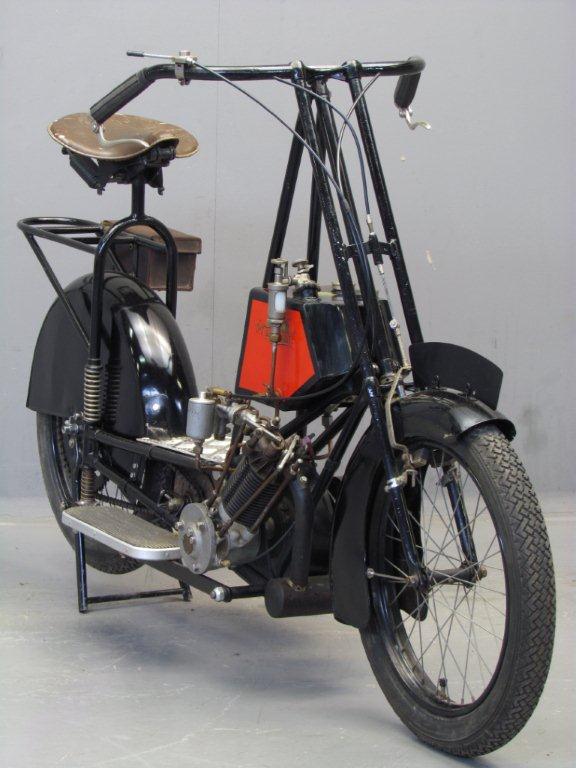 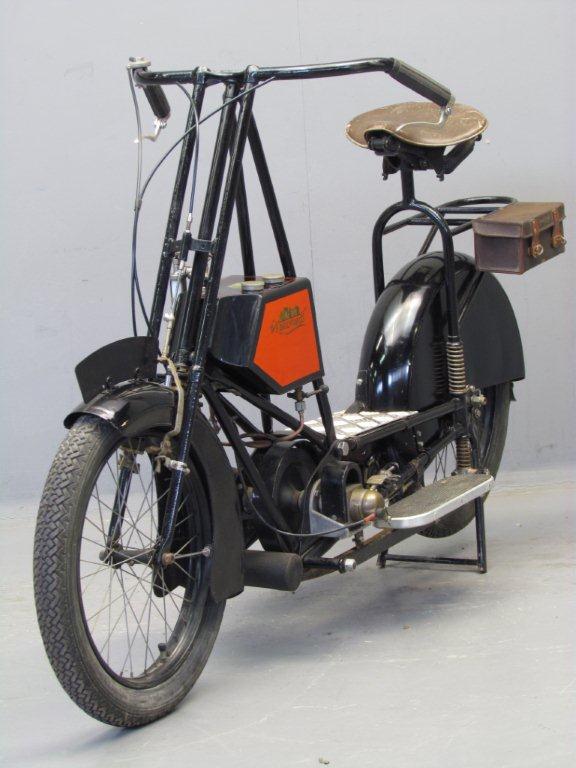 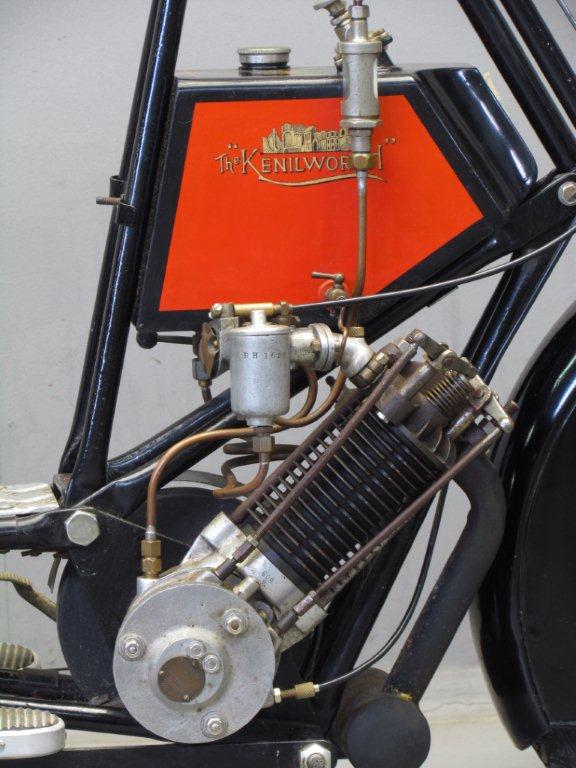 For some years after the 1914-1918 war small wheeled scooters enjoyed a certain popularity.
The Kenilworth was one of these designs, and it should be said to its credit that it survived for about 5 years, which certainly wasn’t true for most of its competitors.
Designer was Captain Smith-Clarke of Kenilworth.
The  multi-tubed frame is bolted rather than brazed for the most part and the engine and petrol tank are placed low in the centre for good weight distribution.
Front forks  and rear wheel  are unsprung but the seat tubes have coil spring suspension.
Primary drive is by belt, secondary by chain and there are no gears on board. In 1919 tests were carried out with a prototype that was equipped with a veteran Clément engine;  by early 1920 production models were ready.
The interesting  little ohv engine seems to have been an own design of Smith-Clarke and  his associate T.G. John.
Some years later it was described as a “Norman”.
The first production  Kenilworths had no saddle: for short journeys and shopping trips ( these machines were primarily aimed at female buyers) standing was preferable to sitting for good control.
Later types were equipped with a saddle.
In 1924, towards the end of its production life, the Kenilworth got front springing, a hand starter and friction drive transmission.
Not many of these interesting devices were made and only very few have survived the ravages of time.
This machine is  a well-restored specimen  of this interesting make.