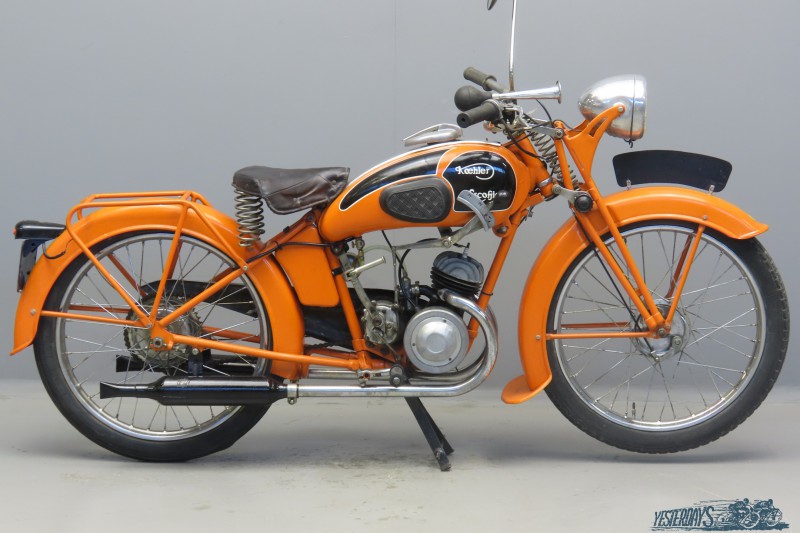 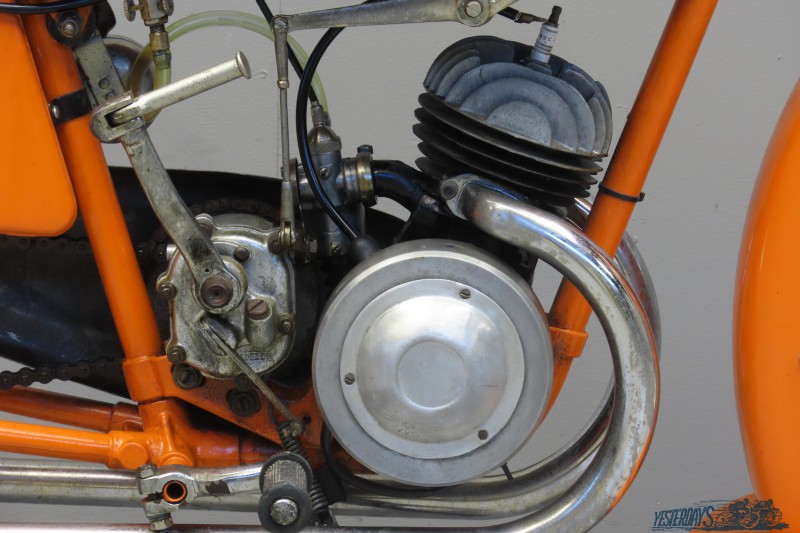 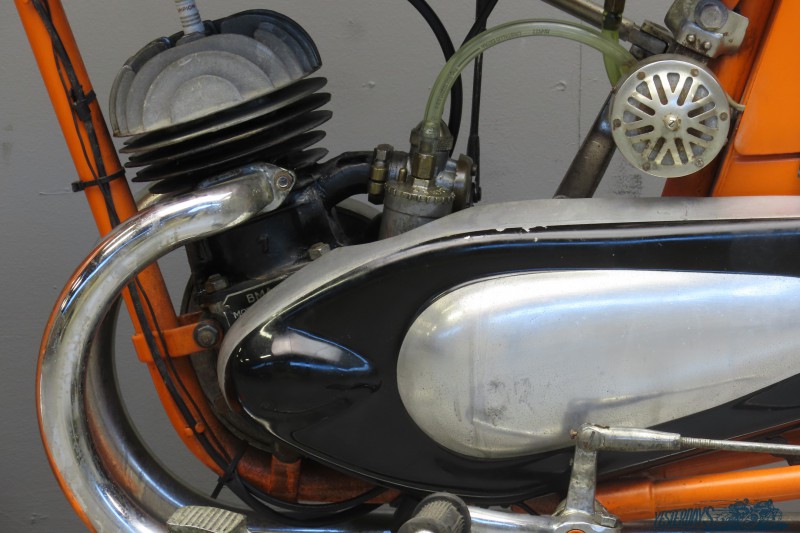 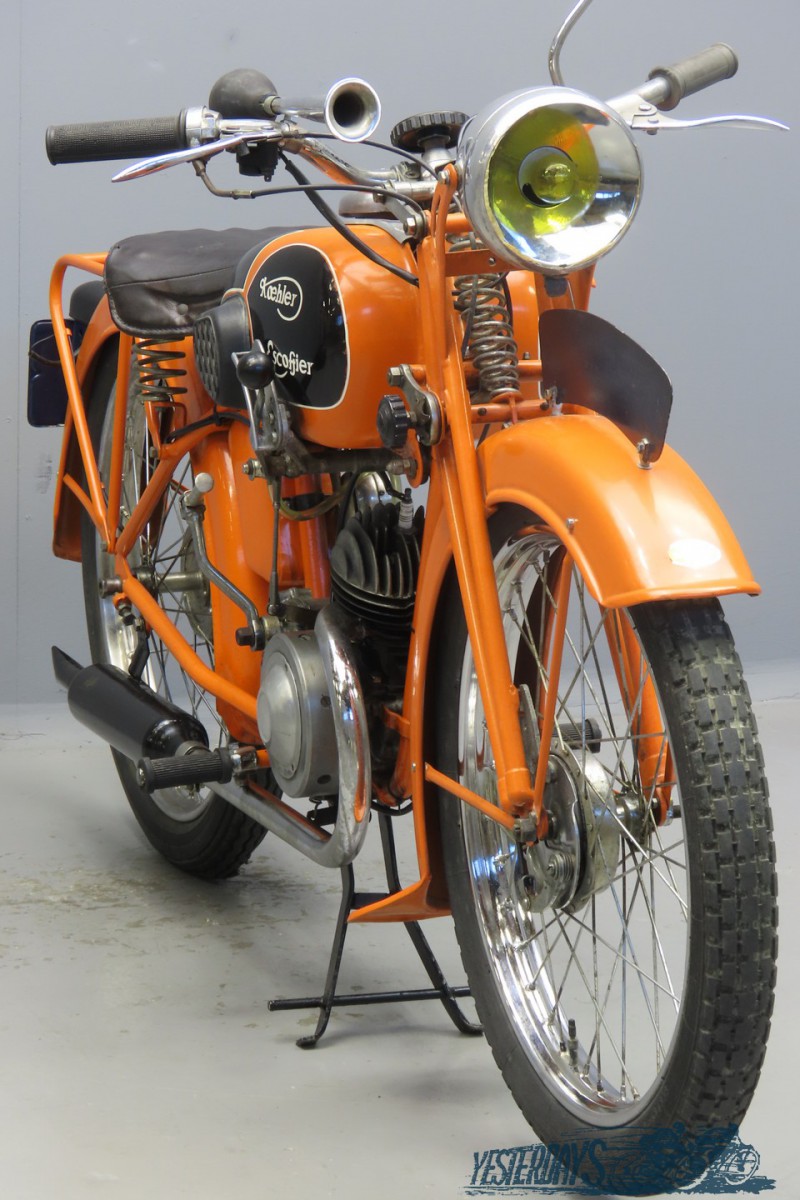 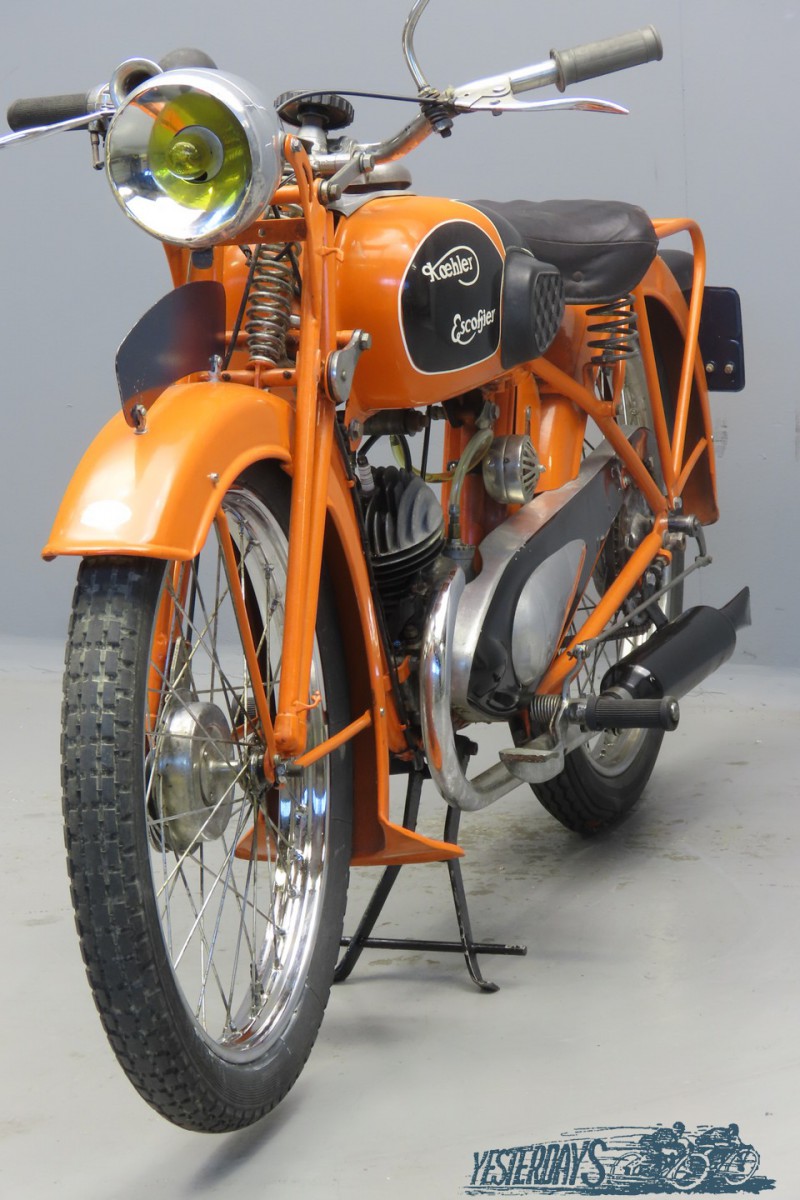 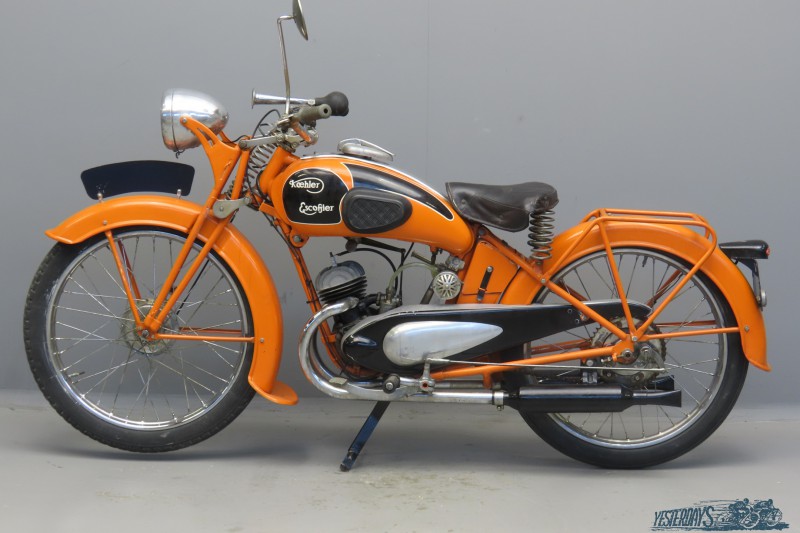 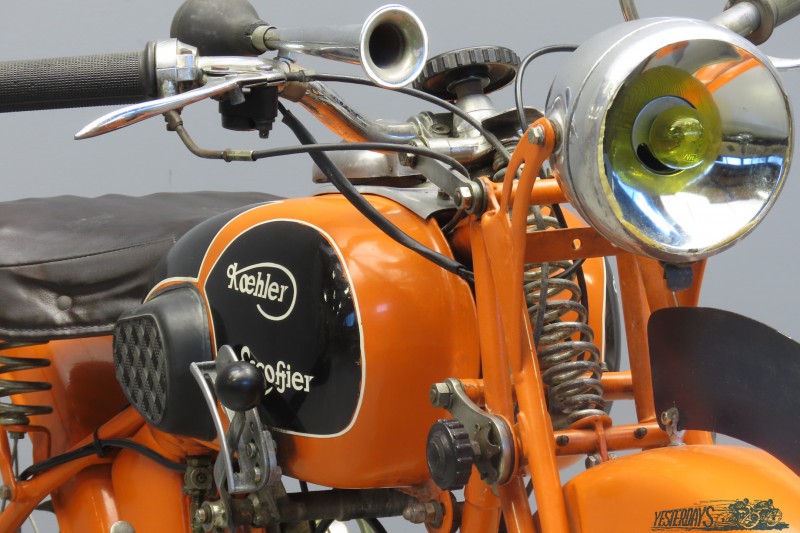 Koehler-Escoffier was founded in Lyon, France, in 1912 by Marcel Koehler and Jules Escoffier.
Koehler was an engineer by trade—trained at the prestigious École Centrale de Lyon—and Escoffier was a mechanic and works racer formerly of the Magnat-Debon company.
These ambitious young Frenchmen—Escoffier was still legally a minor when they founded the company and required a letter of emancipation from his family to sign official company documents—were concerned primarily with speed, as shown by the company’s numerous racing wins in the early teens.
Along with winning numerous races, the company developed its famous 500cc, overhead-valve V-twin Mandoline engine during these first years.
Escoffier died in 1914 and at the war’s end Koehler sold the firm.
Raymond Guiguet became the main development engineer in the new company.
These days Koehler-Escoffier is best remembered for its Guiguet-designed, overhead-camshaft 500cc single and the closely related 1,000cc ohc v-twin that were developments of the original Mandoline design.
Manufacturing these expensive, relatively low-volume models, both of which were underdeveloped, effectively crippled Koehler-Escoffier, which was taken over by Monet-Goyon in 1929. From then onwards the two ranges became virtually identical, most models featuring Villiers two-stroke engines after WW2.
The “Velomoteur” we offer here has been part of a static collection for a long time.
The machine has been restored a number of years ago but will need a check-over before it can be safely used on the road.
Note the interesting design of the aluminium primary and secondary chain cover and the aluminium strip on top of the petrol tank with elaborate tank cap.
There’s a three speed hand-change gearbox on board and full electric lighting.
The headlamp glass is missing and accessories include a rear view mirror and bulb horn.