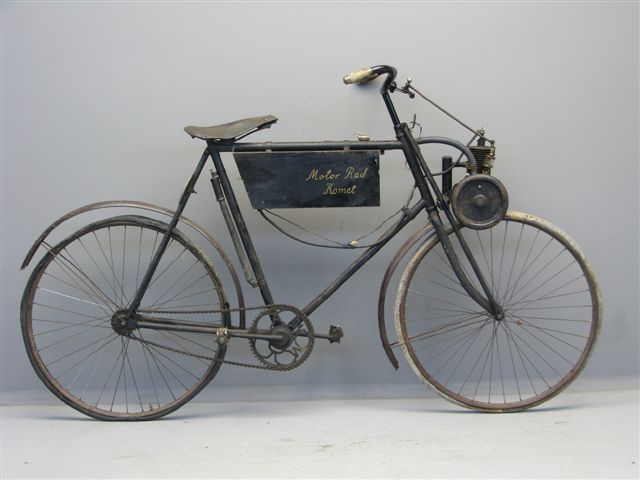 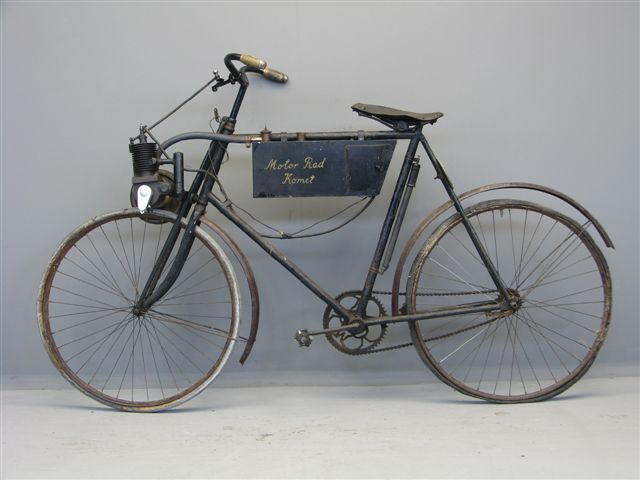 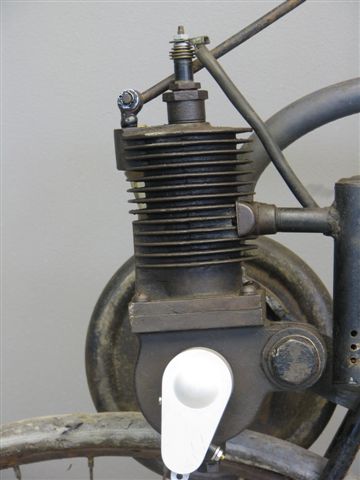 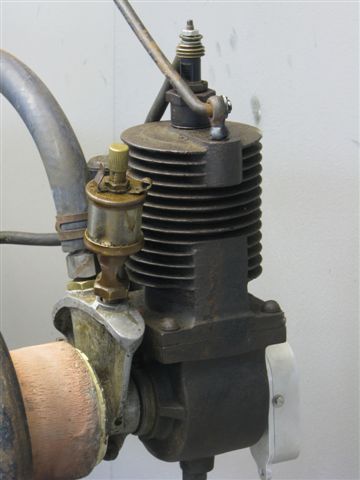 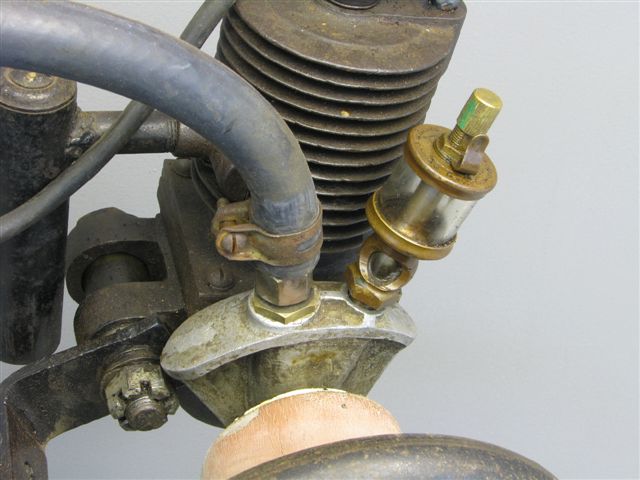 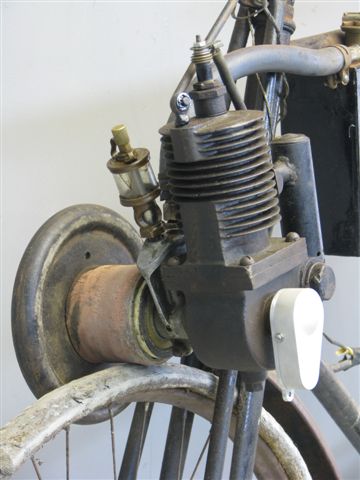 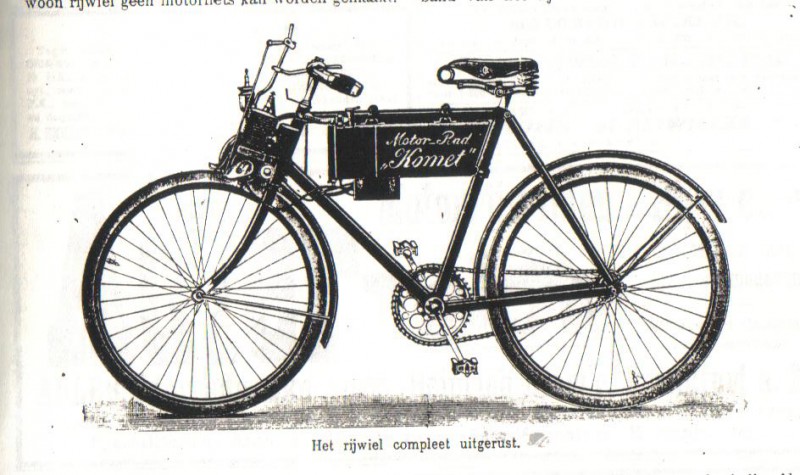 Komet motorcycles were produced between 1902 and 1905  in  Dresden  by the  Kirschner & Co Fahrradwerke, later  Komet fahrradwerke A.G.
The company was one of the first producers of two stroke motor cycles in Germany and   fitted  engines with capacities of 1 to 4 HP.
The engines were built under licence of the French “Ixion” engine  designed in 1901   in Lille  by Léon Cordonnier.
This lightweight engine was  fitted to a bicycle as an auxiliary  engine.
The engine drives the front  wheel by a rubber friction wheel that is actually part of the flywheel.
The complete powerplant can be lowered and lifted by a lever system.
The tank holds the fuel and a surface carburettor which takes care of the right mixture and there is a compartment for the battery and HT coil ignition.
A drip feed oiler supplies the lubrication oil to the engine.
Very early two stroke engines like this  Komet   don’t often come to light!