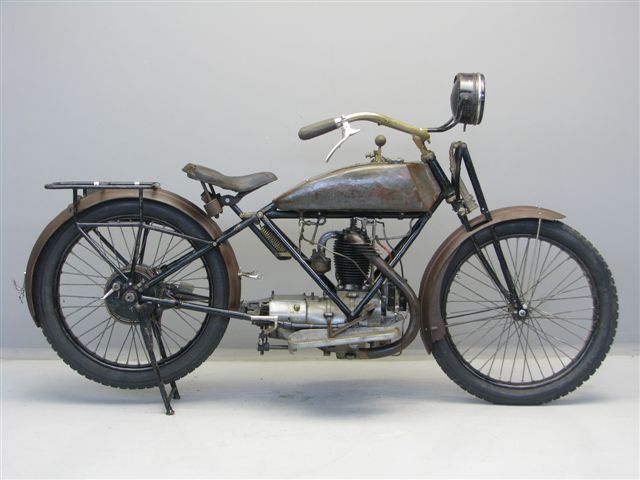 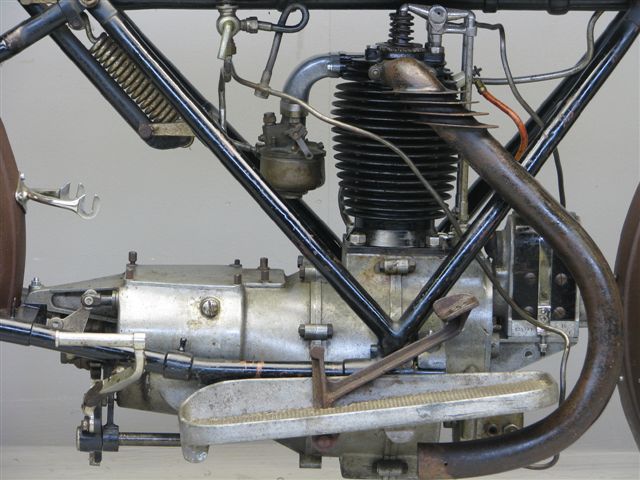 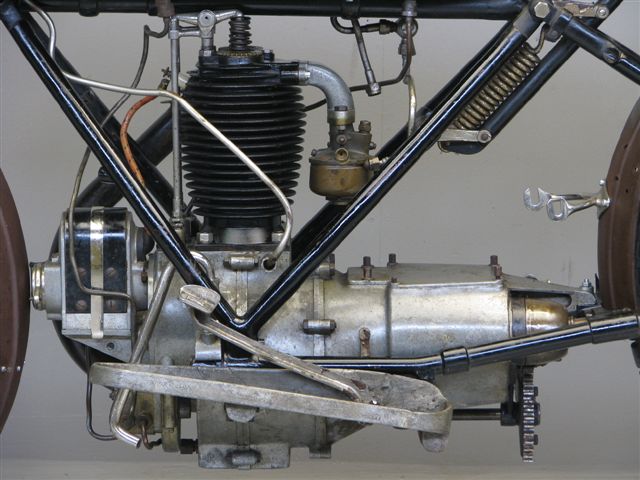 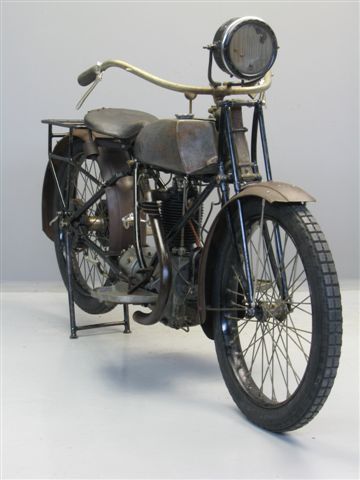 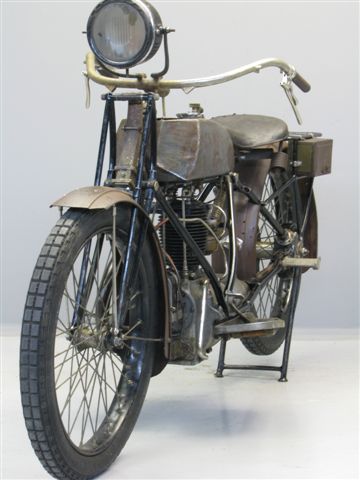 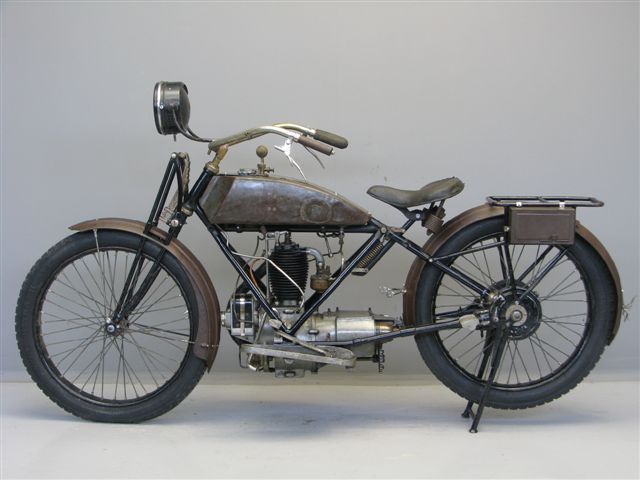 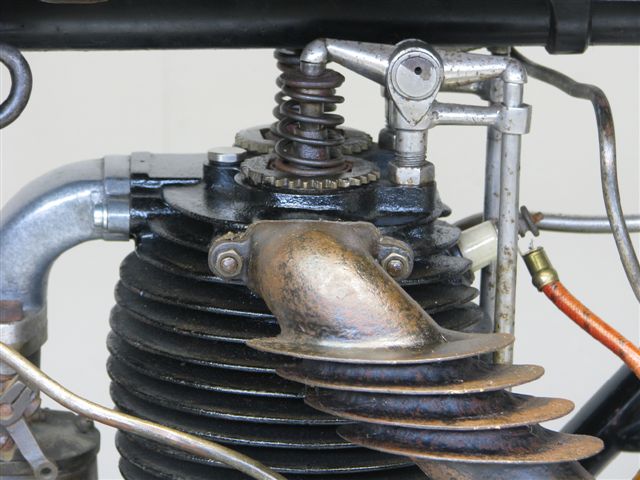 The brothers Karl, Oskar, Max and Peter Krieger lived in  Berlin around 1900.
Three of them were technically gifted and Peter  had commercial talents.  In the years before the war they started to experiment with building airplanes and they became rather successful in that. Regretfully Karl lost his life during a test flight at the end of the war.
After the war planes were not in demand anymore so the remaining brothers decided to put their efforts in the design of an innovative motorcycle.
They met designer  Franz Gnädig who stepped into the business and they bought a factory in Suhl in December 1919.
They hired personnel and  developed the plans for the first series of six test models.
These machines were equipped with overhead inlet valves and side exhaust valves and were ready by April 1920.
The definitive design  got a full ohv engine ( 80×99 mm)  and was the first German motorcycle with shaft drive.
Other modern points were the dry sump lubrication system, the very stiff triangular frame construction and the quickly detachable and interchangeable wheels.
The 3 speed  gearbox was fitted in line with the engine.
The first series had cast iron pistons and were capable of 75 km/hour at  3000 rpm. Later series got aluminium pistons and could run safely at 4,300 rpm.
In June 1921 there was a celebration at the occasion of the  finishing  of the hundredth  machine.
the Kriegers proved very successful in races and reliability trials.
However, the  manufacture of the innovative and luxurious K-G  turned out to be very expensive and the factory soon got into financial problems.
In 1922 the CITO bicycle and motorcycle factory  from Cologne took over the production.
In the years after that various factories tried to produce the design on a commercial basis:   Cito – K.G.,  Allright – K.G. , Original – Krieger,
Gnädig and  Henkel K.G. were all names under which in the twenties and early thirties  the design was  produced, albeit in modest numbers. This early K.G. is a rare beast, it is virtually complete and in unrestored condition.