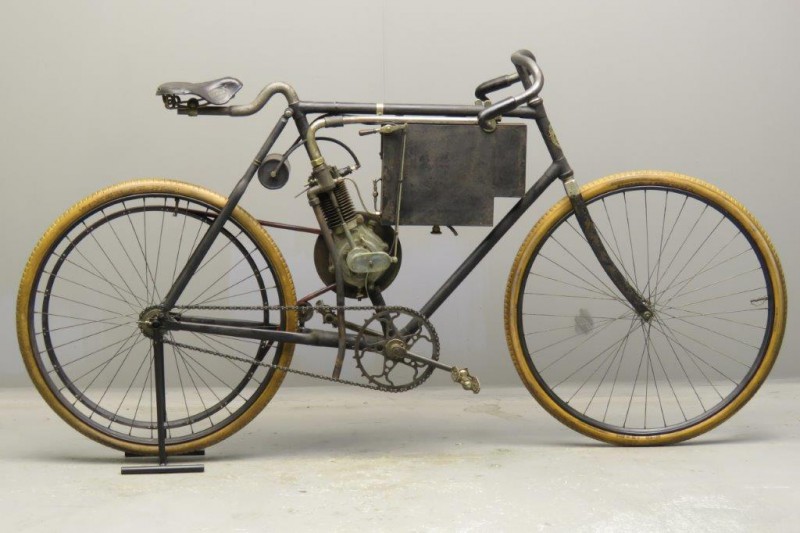 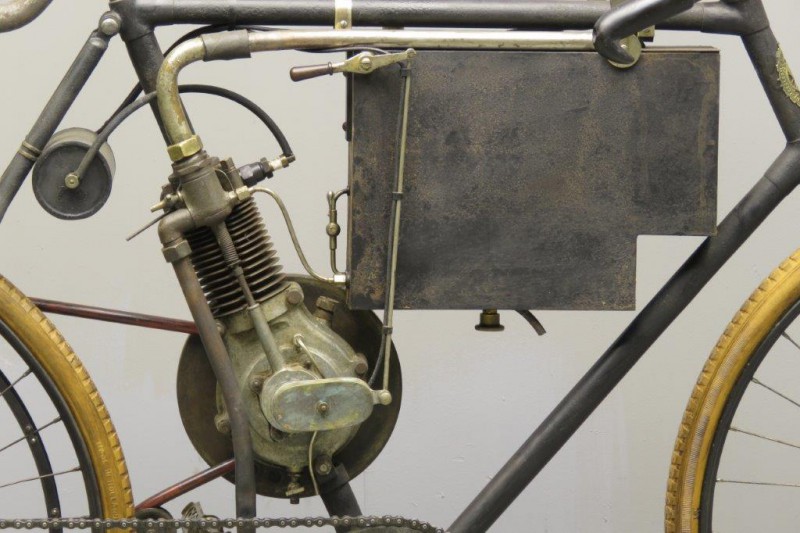 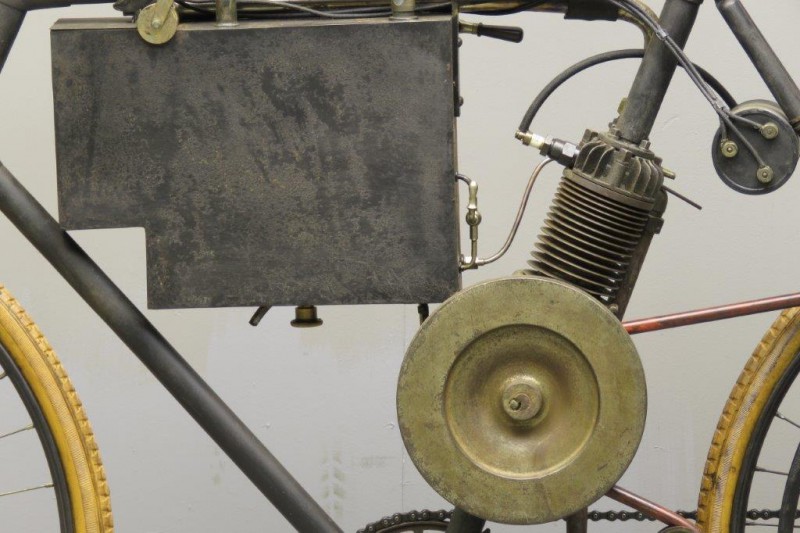 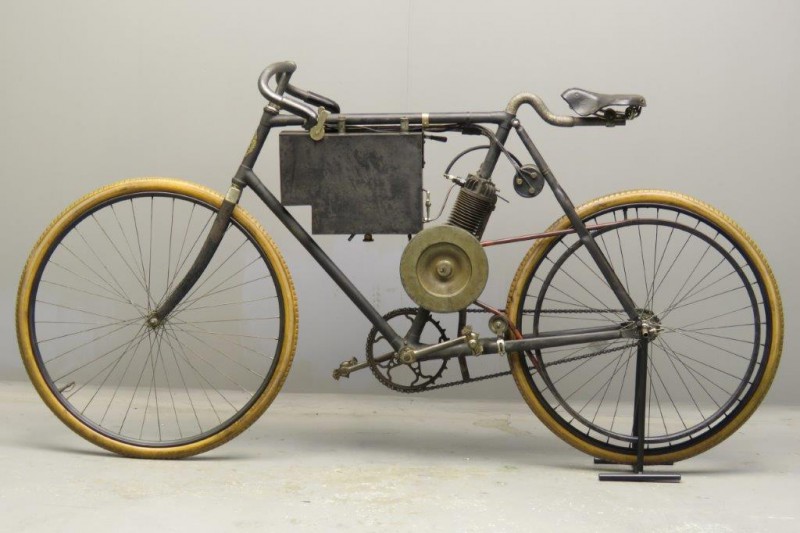 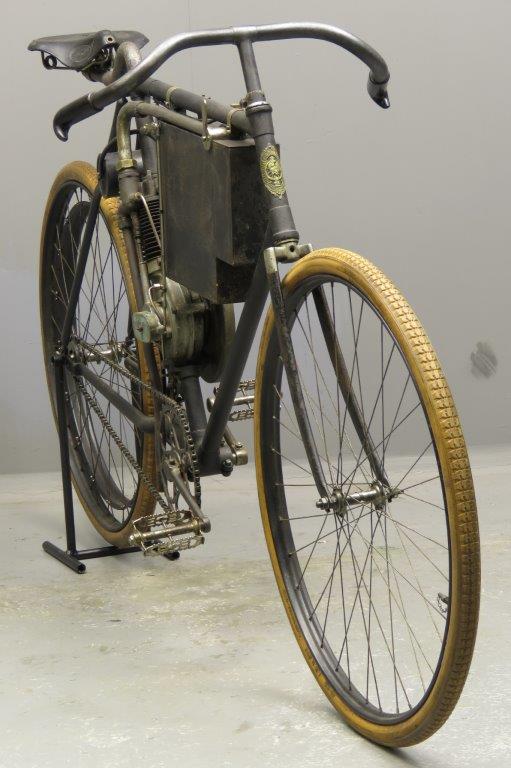 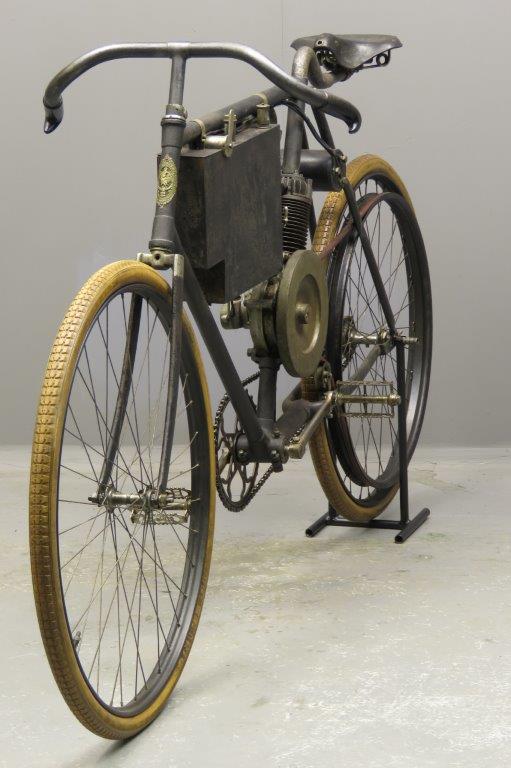 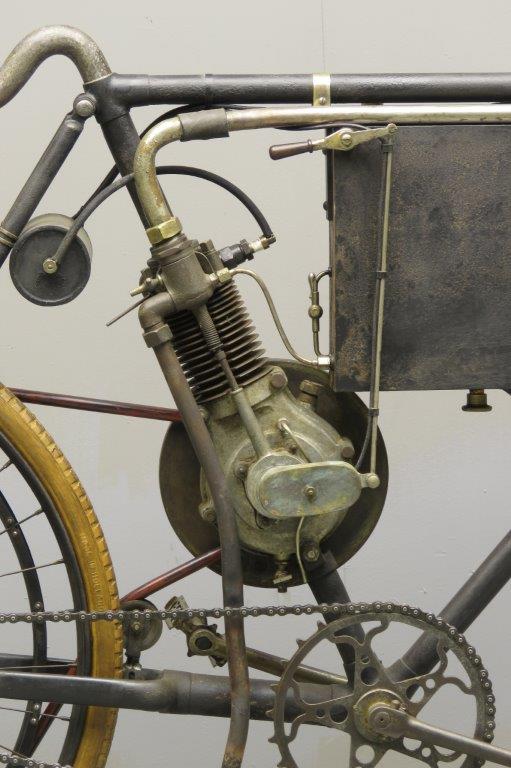 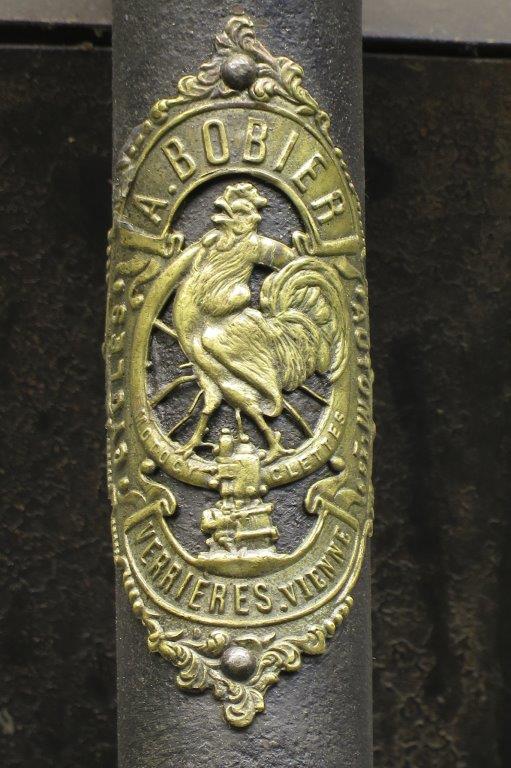 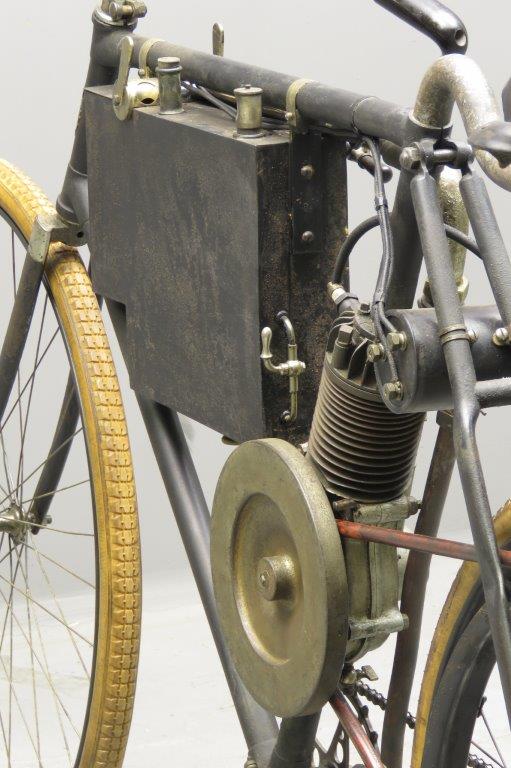 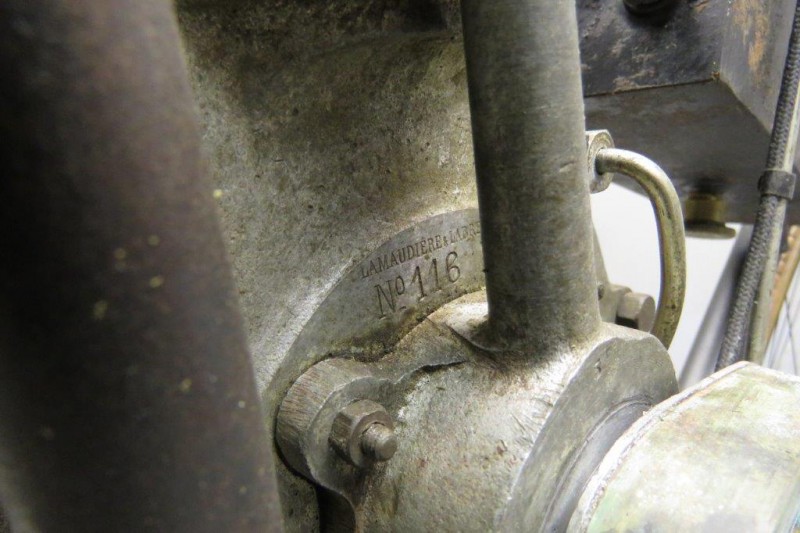 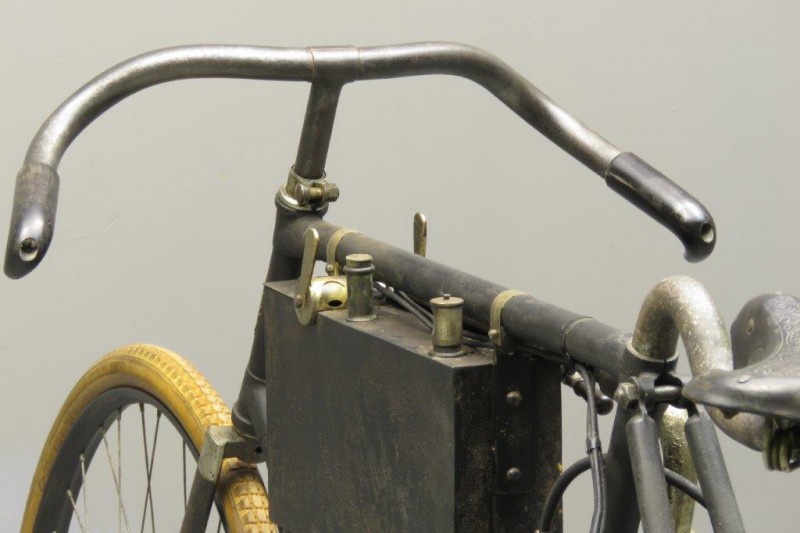 Paul-Jules Labre was born in 1869 in the medieval town of Montluçon in the Auvergne region as son of a wood merchant.
The family company developed into a factory for wood trimmings for furniture and buildings.
This transition to mechanically driven production aroused Paul’s interest in the newly developing world of mechanical transport.
He became one of the pioneers of French motorcycle design and built his first prototype in 1897.
The engine was placed in front of the steering head like the brothers Werner had done.
Labre was not satisfied with this position and decided to fix the engine in a lower and more backward position, namely as stuctural part of the seat tube.
That made the contraption more stable and made it easier to control the belt tension.
The machine had bore x stroke of 55 x 65 mm and was equipped with surface carburettor and coil ignition.
It ran at 2000 prm and the total weight was less than 30 kg.
The first public appearance of the Labre was at the Salon du Cycle in December 1898.
The family company was disposed of and Labre set up a business in cycles, motorcycles and automobiles.
In april 1899 Paul associated with his brother Francois who took up the administrative part of the business and later on the filing of various patents that Paul Labre would apply for.
The brothers had a little bicycle production facility at Levallois- Perret.
They would like to produce their motorized bicycle in numbers and there was enough interest in them but they lacked the capital to start mass production.
The started to look for an investor and they found one in the person of Eugene Lamaudière from Levallois- Perret who invested 50,000 francs in the venture.
July 11, 1899 saw the very first motorcycle race in the world, organised by the bicycle paper Le Velo.
No less than 25 brave motorcyclists entered the 100 km course that ran from Chartres to Etampes and back.
Labre had the bad luck that a dog ran into his front wheel causing so much damage that the wheel had to be replaced.
He lost so much time that he arrived too late to be classified.
Winner of this first motorcycle race was Labitte on a Werner.
It took him only one hour and eight minutes to complete the 100 km course.
During 1900 L & L were successful in a number of long distance races but this didn’t prove enough to stay in business successfully.
There was no shortage of orders but the small factory could not deliver fast enough, the invested capital had been too small to facilitate a viable production process.
An improved model with spray carburettor and 277 cc capacity was brought out but to no avail: the company went into liquidation on December 18, 1900.
This didn’t mean the end of the L & L though: Lamaudière set up the new company of Lamaudière et Mauger and took over the L & L production rights.
This company developed various other models and stayed in business till around 1907. (Main source: Patrick Delmont, “Les Frères Labre”)
This ultra rare survivor of the earliest days of the French motorcycle industry is in unrestored condition.