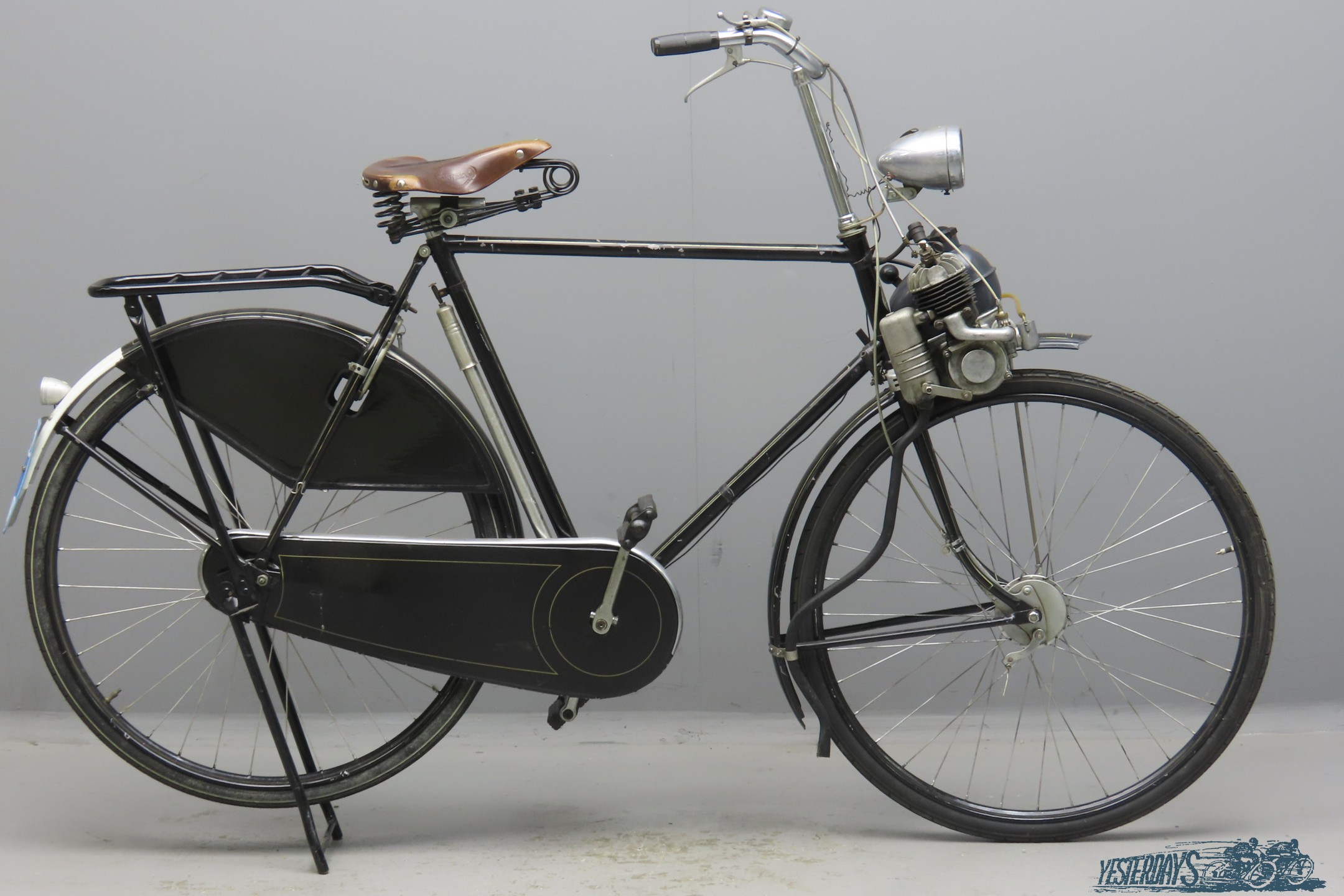 This auxiliary engine was produced by the Alumintz firm that had started in 1918 as a company for specialized welding of car engine parts and had later on diversified to more general engineering work related to engines.
In the years after 1945 there was much demand for light engines to power bicycles and Alumintz, located in the area around Paris, had acquired a licence to manufacture the “Le Poulain”, or “Foal”, meaning young horse.
Production started in 1949 and initially several models were marketed that were all fitted in front of the steering head and had a direct drive to the front wheel.
These types were made till 1952.
From 1950 on the range was expanded with models that were placed in the bracket between the pedals and drove the rear wheel by chain.
The bicycle is a quality Dutch Gazelle of around 1950.
She is fitted with internal expanding front brake, back pedal brake, “Philips” front lamp and “Lepper” leather saddle.
There’s a lock behind the saddle that even has its spare key attached.
This motorized bicycle is in fine overall condition.