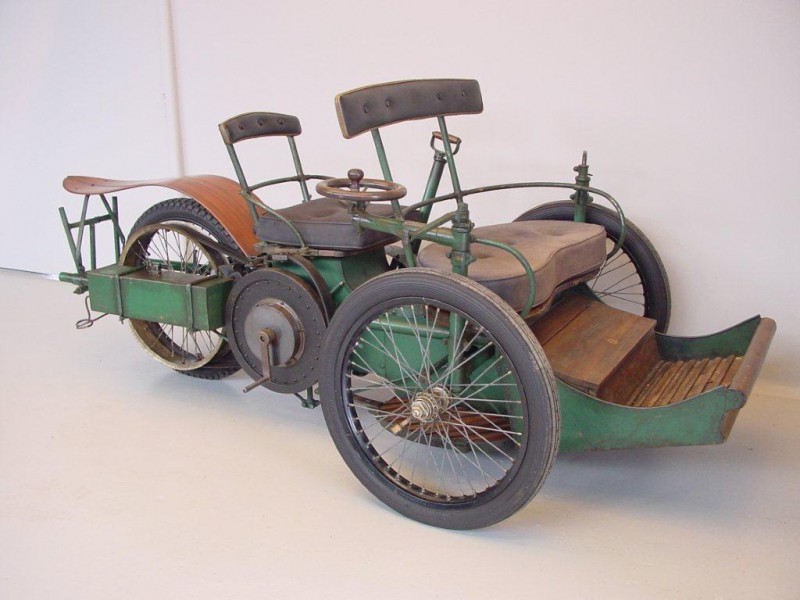 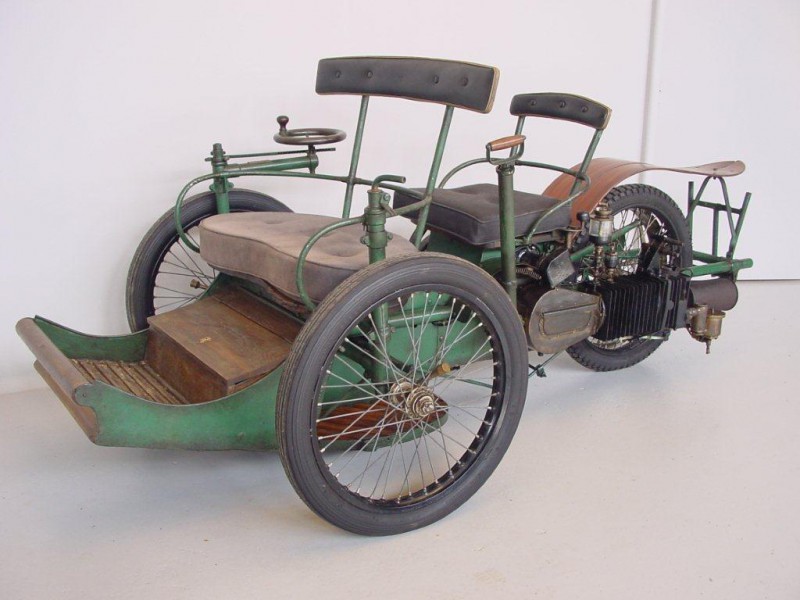 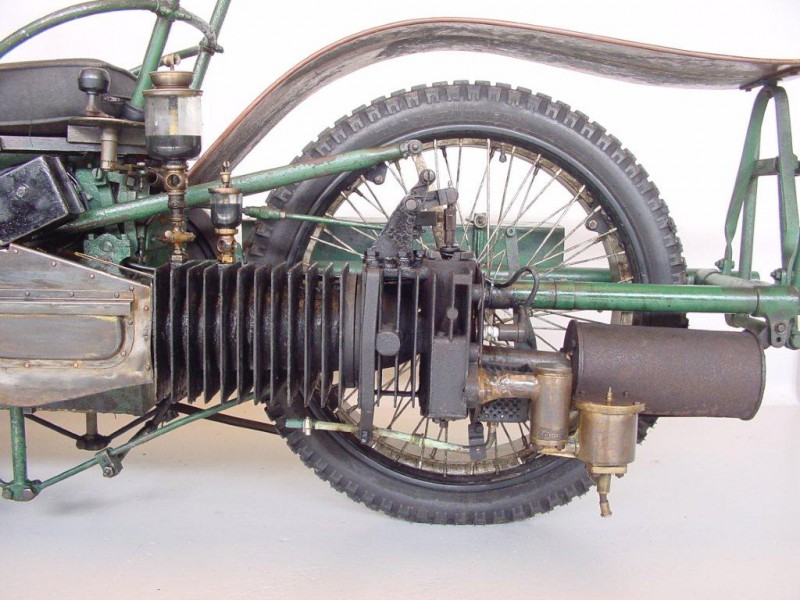 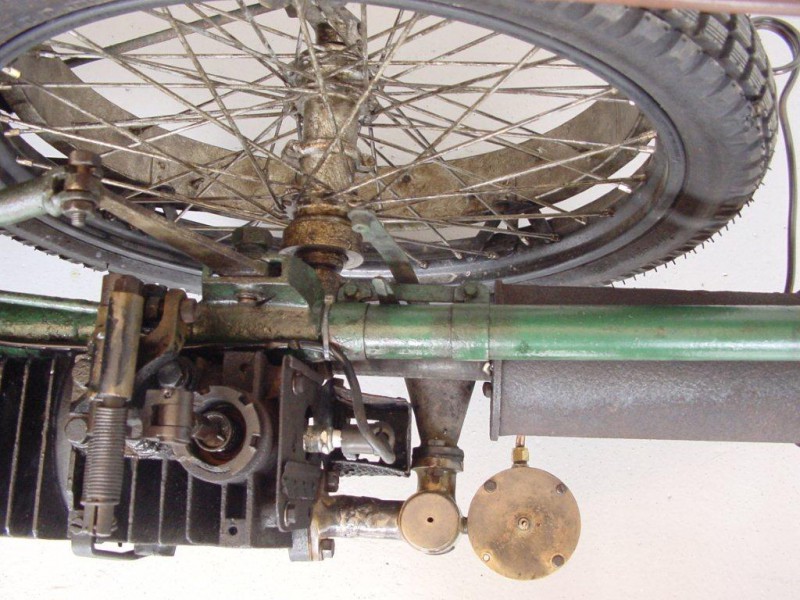 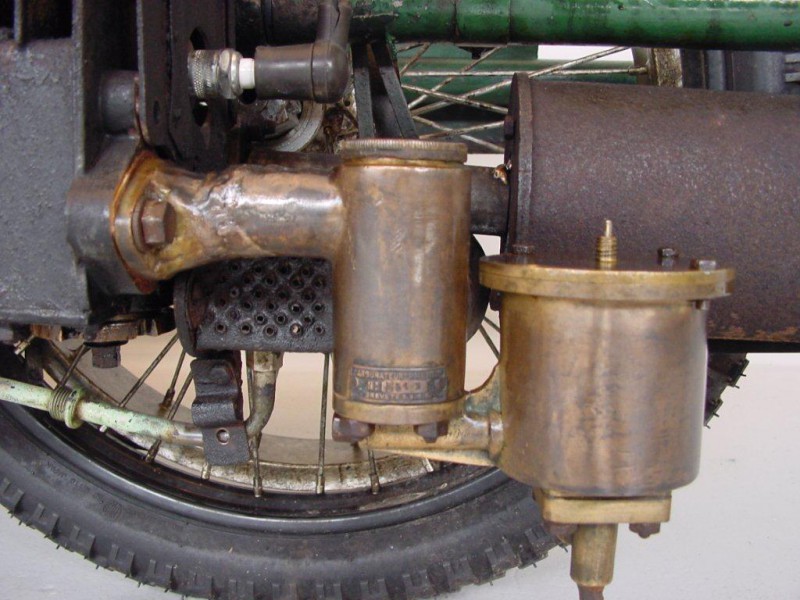 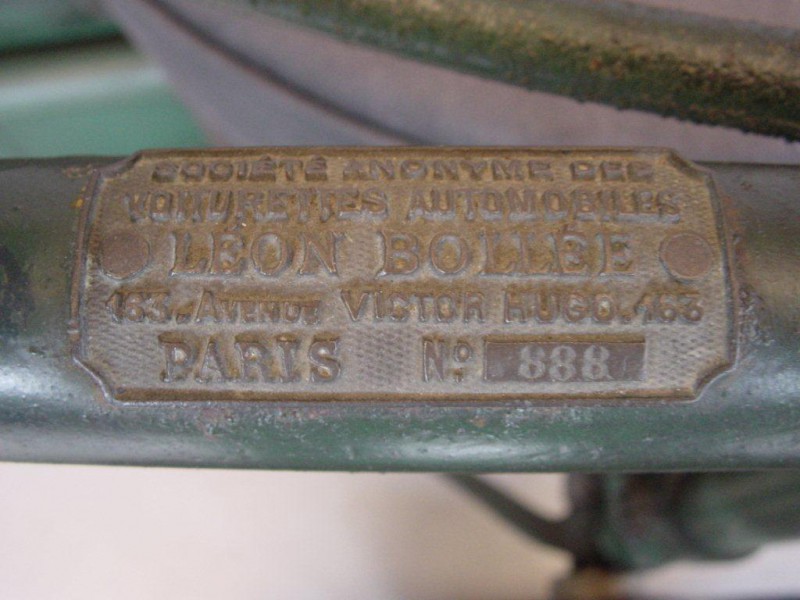 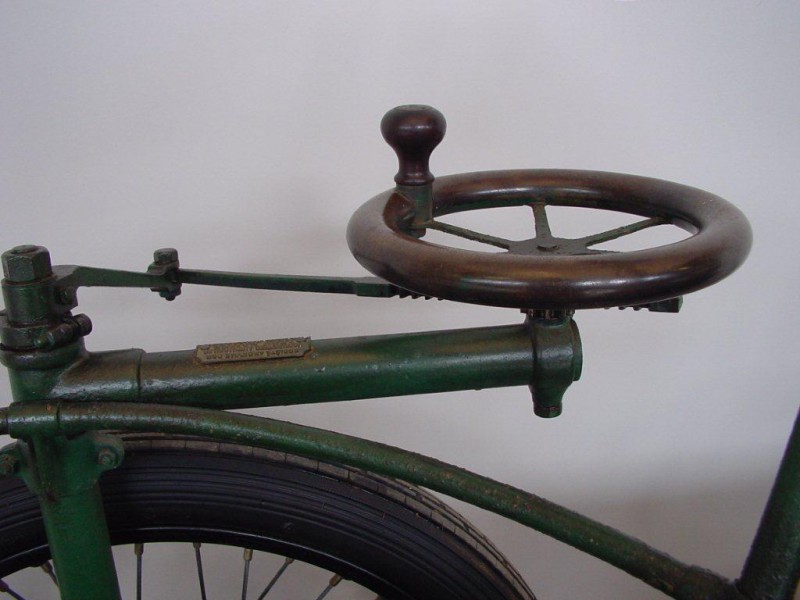 This is a fairly unknown Victorian veteran, recently re-discovered and offered for sale for the first time since 1959.
It was acquired the 28th of May 1959, possibly from the original ( not confirmed ) first owner from new, Madame L.Hoste-Caillet, Charleville-Mezières France for the sum of 18,000 frs .
The vehicle was purchased and imported into Belgium in 1959 by a car and motorcycle collector who had a private collection of 24 cars and some 40 motorcycles.
He had to pay for import tax and commissions 639 frs.
The new owner restored/recommissioned this veteran by the standards of the time.
New wheel rims, spokes and wired tyres ( 21×300 )were fitted as the original (?) beaded edge (clincher)  rims were not available back in 1959.
Battery-coil ignition is used to replace the hot tube ignition ( the burner nozzle and chimney are still fitted and there is a nickel rod to fabricate a new hot tube )
The owner drove this Leon Bollee on several occasions and there is evidence that this Leon Bollee took part in a rally abroad in 1969 as the Customs lead seal is still attached to the steering axle.
The Leon Bollee carried the Belgian registration number B8815 since the early sixties.
Forced by his age the owner decided to part with this Leon Bollee .
Also recently the registration number changed to MGS204 and this Leon Bollee is road legal in Belgium.
The condition of this Leon Bollee is good and all metalwork as well as the wood is still original.
The upholstery is nineteen-sixties.
The spray carburettor is the original Phenix.
The 3-speed gearbox is in good condition and everything works well.
After a long period of inactivity , 3 turns of the hand crank proved to be enough to fire up the engine.
Instantly she was running smoothly  and she was driven around several blocks without difficulties.
Now this Leon Bollee carries a charming patina which is more and more appreciated and has a charm entirely of its own.
“Oily rag” machines of this era are scarce and especially the pre-1900 vehicles are hard to come by.