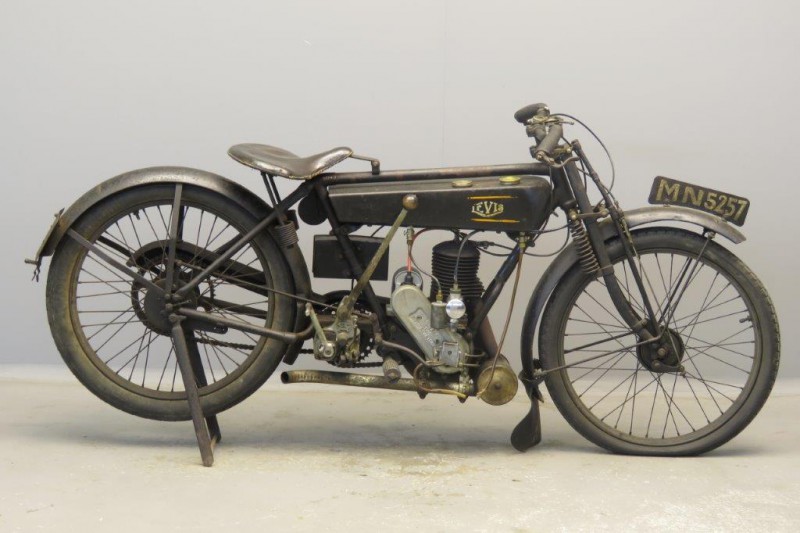 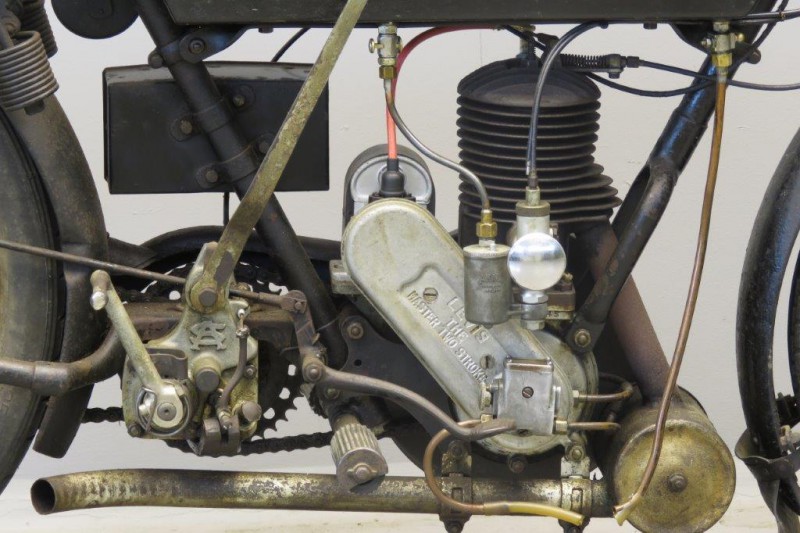 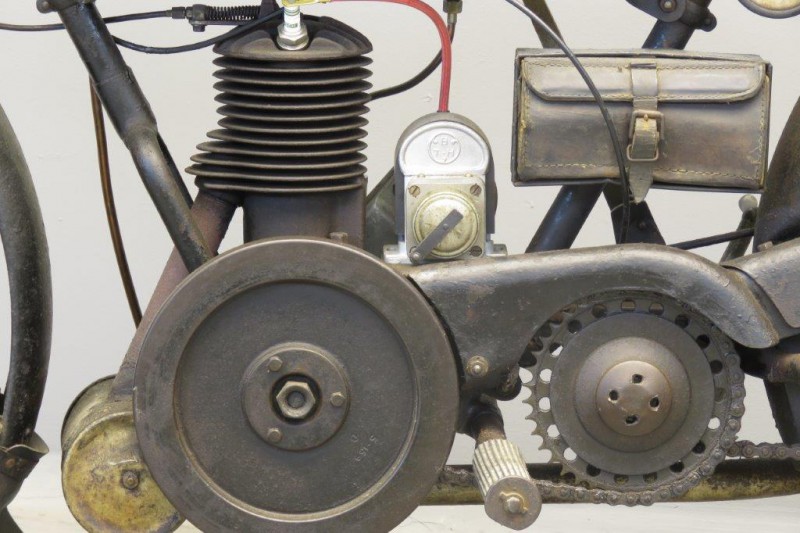 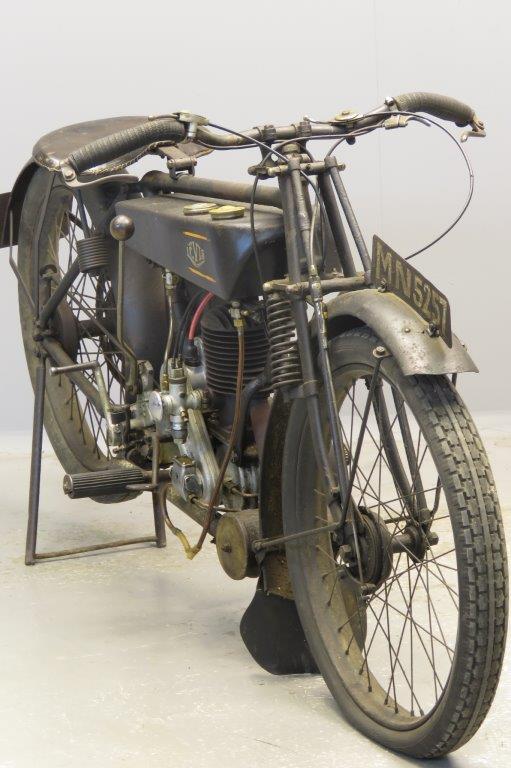 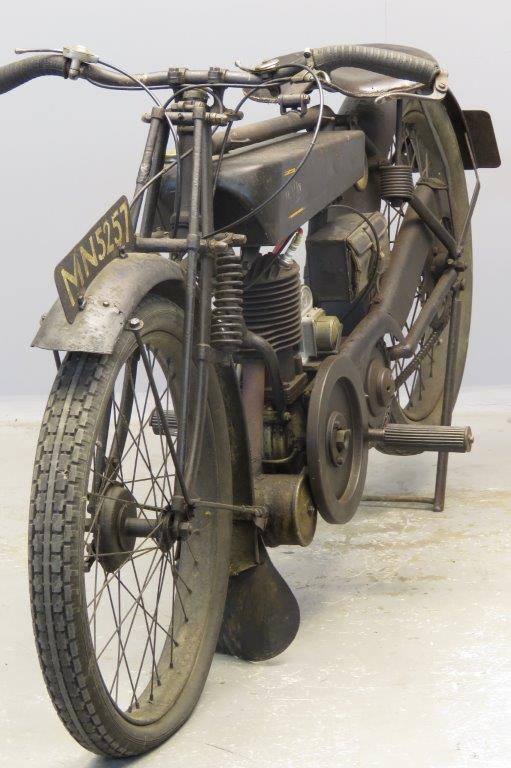 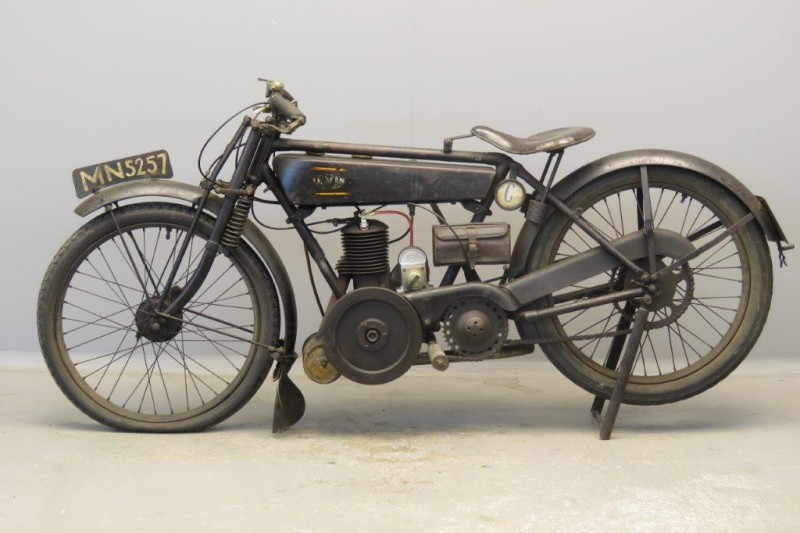 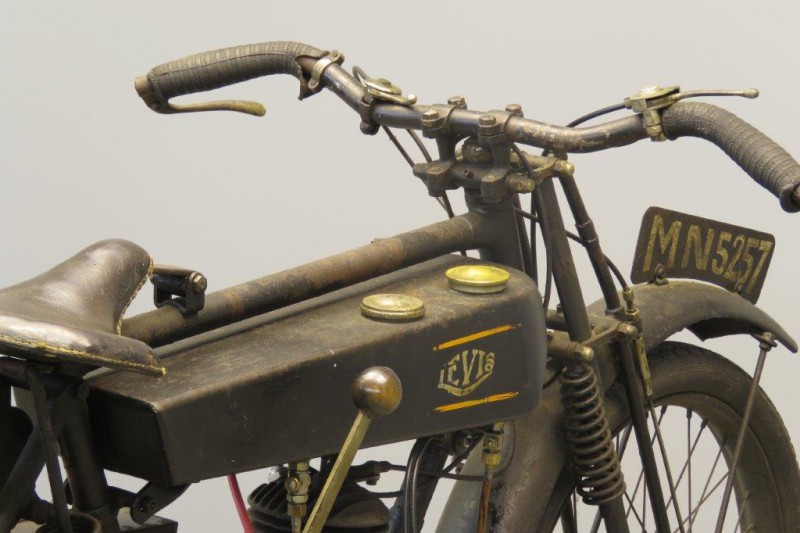 Levis motorcycles were manufactured by Butterfields of Birmingham, and were for many years one of England’s leading manufacturers of two-stroke motorcycles.
They built two-stroke machines from 1911, and added a line of four-strokes in 1928, that ran to 1941 when production ceased.
The first Levis was made in the Norton works by designer Bob Newey, but James Norton turned it down.
The name was derived from the Latin word for “Light”.
Newey then joined with the Butterfields, Arthur, Billy and sister Daisy, to set up a motorcycle company.
Their first model had a capacity of 211 cc.
In the early twenties the two strokes were successful in races: in 1920 and 1922 the Lightweight races on the Isle of Man were won on Levis machines.
In 1927 the range consisted of three models: “ M”, “K” and “O”, all equipped with the well-proven, reliable and economical 67 x 70 mm engine. “M” was the touring model, “K ” the double-purpose mount with strengthened frame that was capable of hauling a light sidecar and “O” represented the Sports Model.
The three types looked much alike but the “M” was easily recognizable because it had a straight top tube while the other two models had a new pattern sloping and dropped top tube.
Levis production ended at the beginning of World War 2.
This late vintage machine is equipped with 3 speed Sturmey Archer gearbox and weighs a mere 160 pounds.
It has been preserved remarkably well and is a fine specimen of an authentic, unrestored machine.