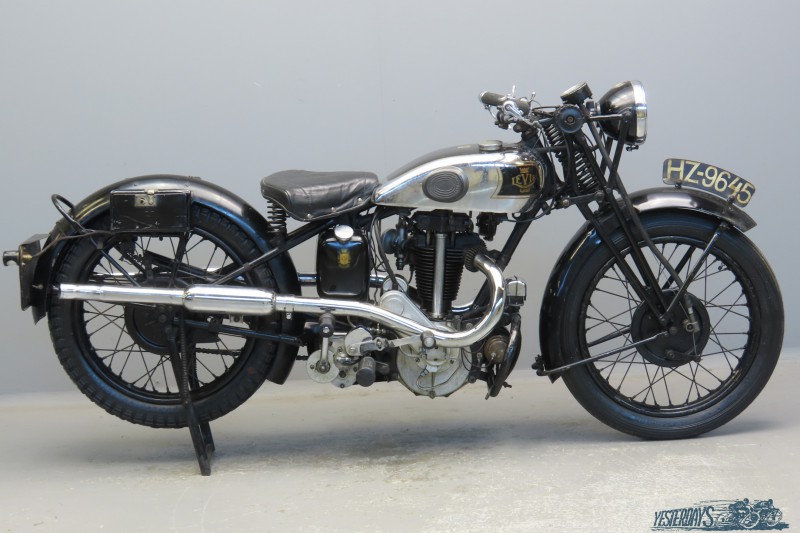 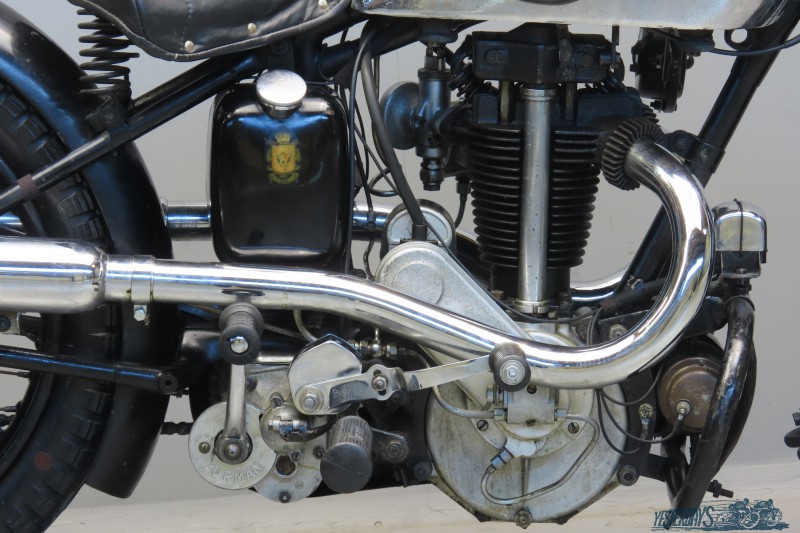 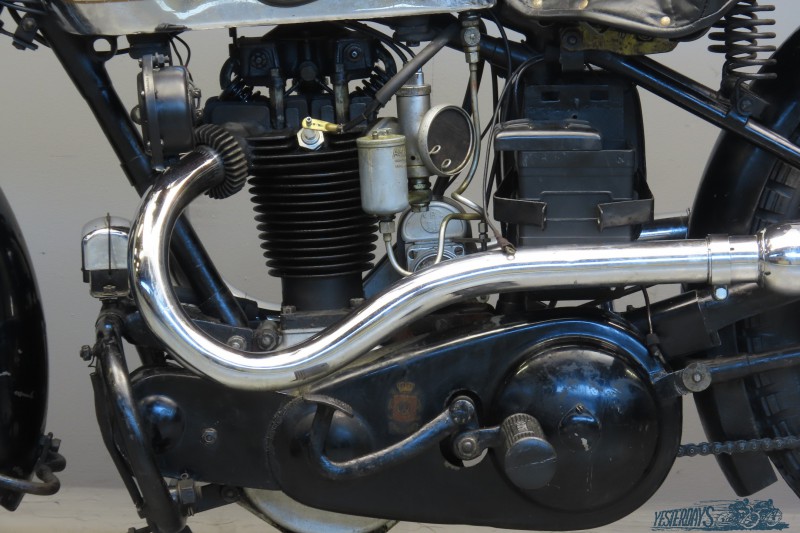 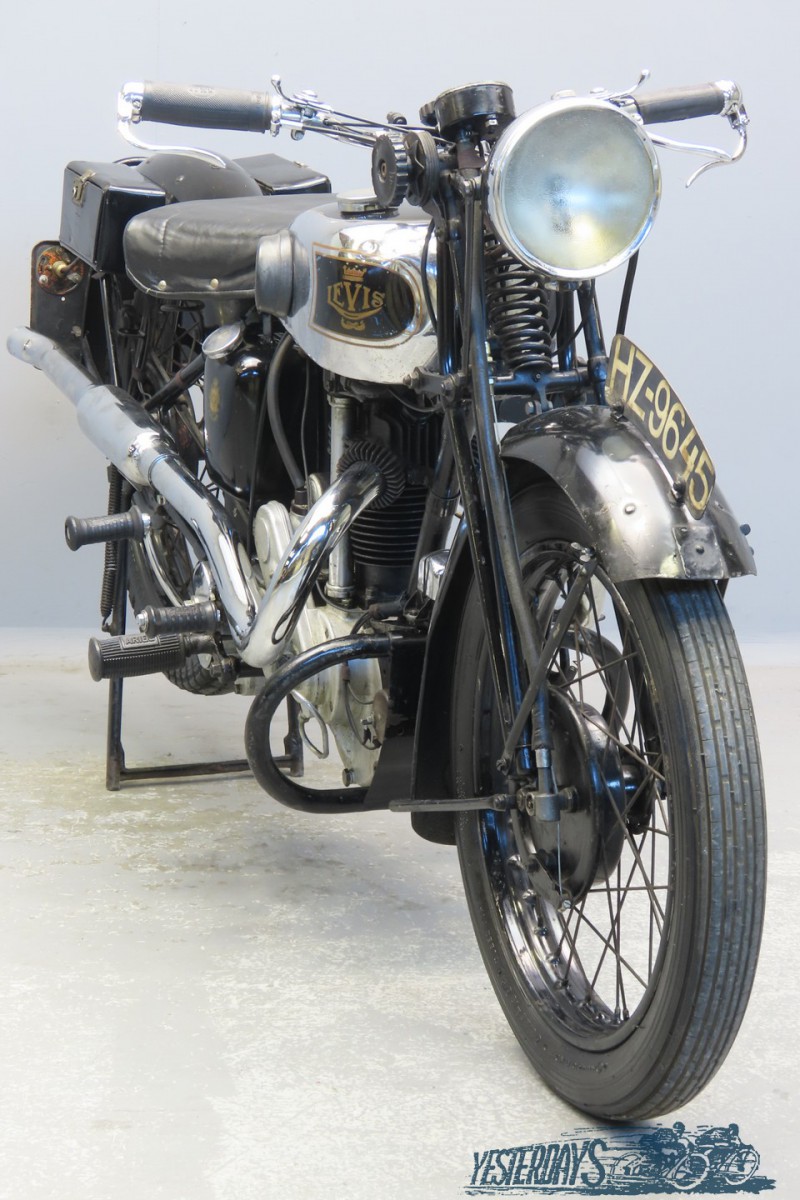 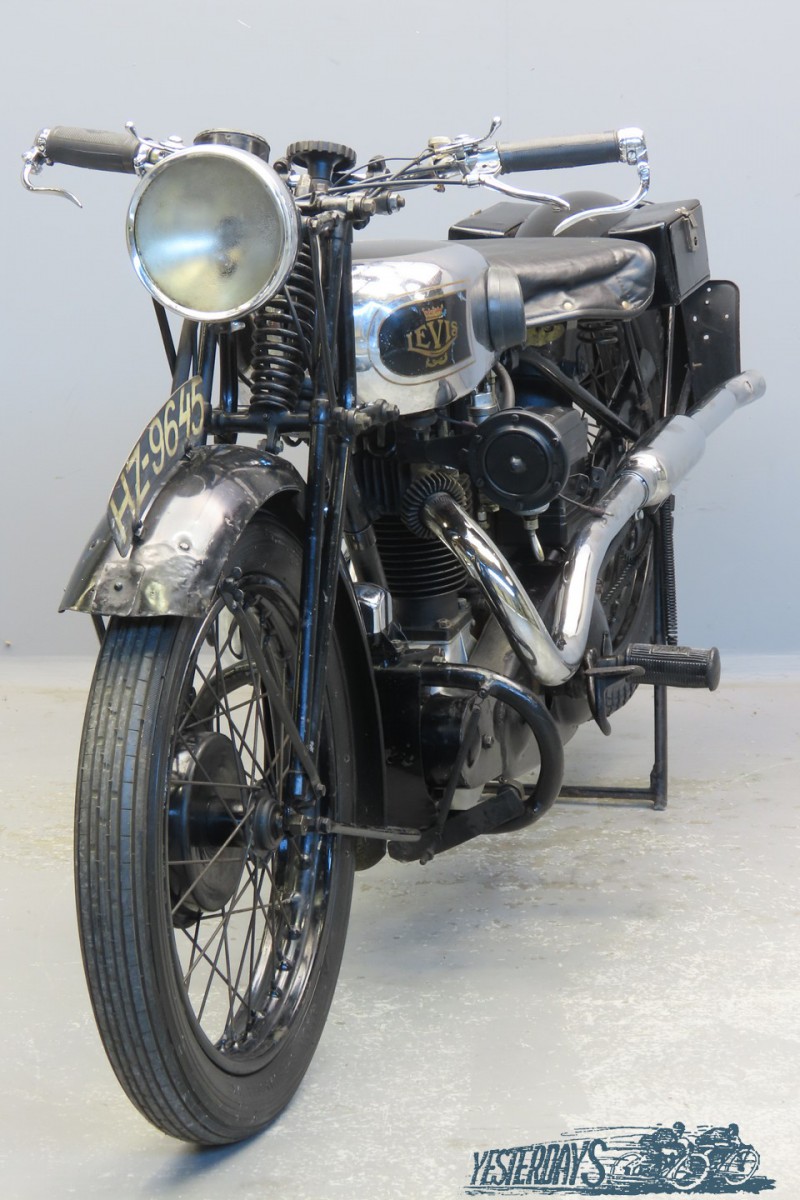 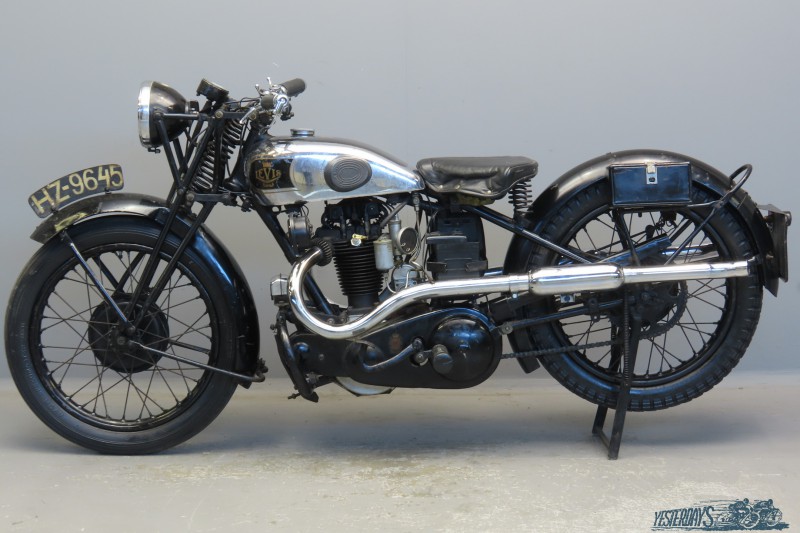 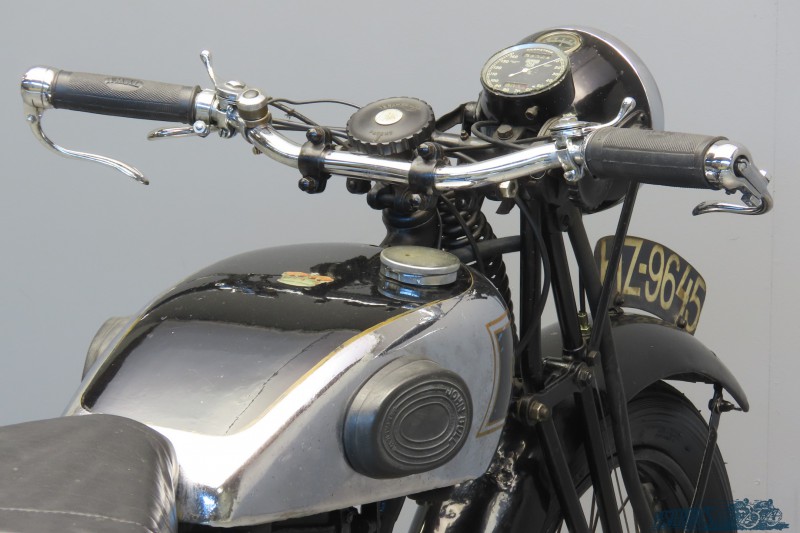 Levis motorcycles were manufactured by Butterfields of Birmingham, and were for many years one of England’s leading manufacturers of two-stroke motorcycles.
They built two-stroke machines from 1911, and added a line of four-strokes in 1928, that ran to 1941 when production ceased.
The first Levis was made in the Norton works by designer Bob Newey, but James Norton turned it down.
The name was derived from the Latin word for “Light”.
Newey then joined with the Butterfields, Arthur and Billy, and sister Daisy, to set up a motorcycle company.
Their first model had a capacity of 211 cc.
In the early twenties the two strokes were successful in race: in 1920 and 1922 the Lightweight races on the Isle of Man were won on Levis machines.
In the early thirties the range consisted of three 247 cc models (a two stroke, a side valve and an overhead valve) and the 346 cc ohv model A.
This was a sporty 70×90 long stroke machine that was available in single port (A1) and two-port (A2) versions.
The machine has a Burman 3-speed foot-operated gearbox and upswept exhaust.
The 350 Levis machines gained gold medals without losing a single mark in the International Six Days’ Trials of 1927, 1928 and 1929 and established an excellent reputation for durability and reliability.
This A2 is an original Dutch machine with partly still original paintwork.
The “HZ-“ registration refers to the province of South Holland.
2908Extras include Druid steering damper and Smiths speedometer.