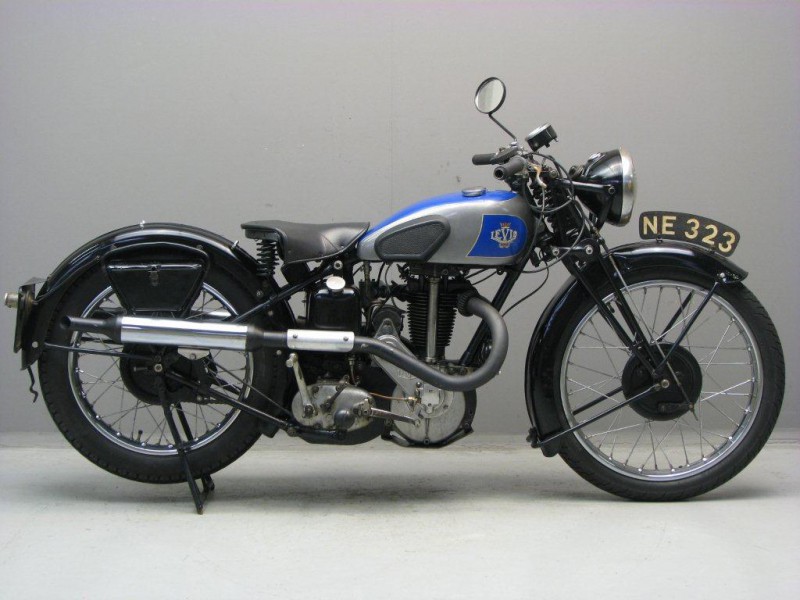 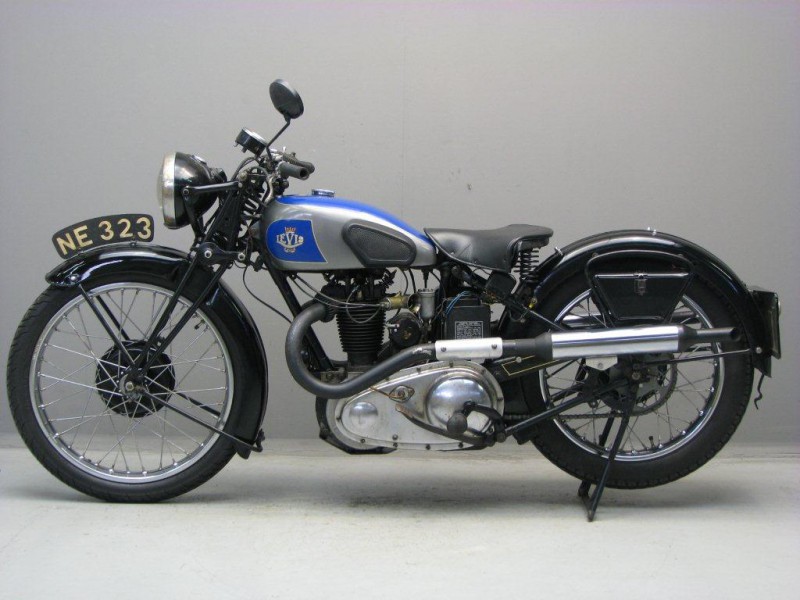 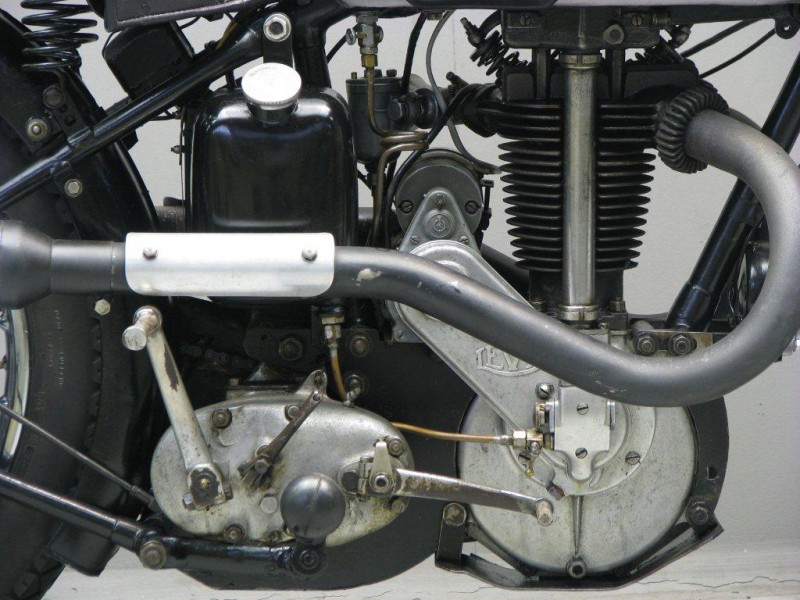 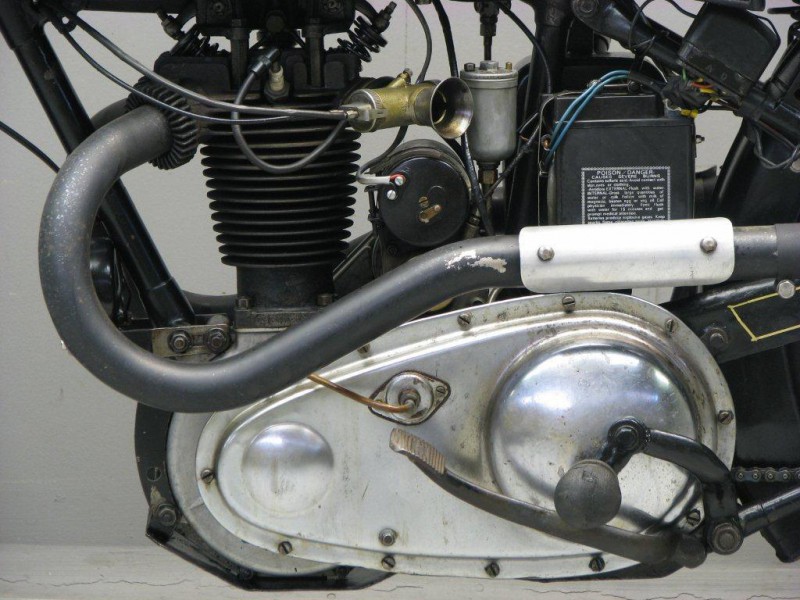 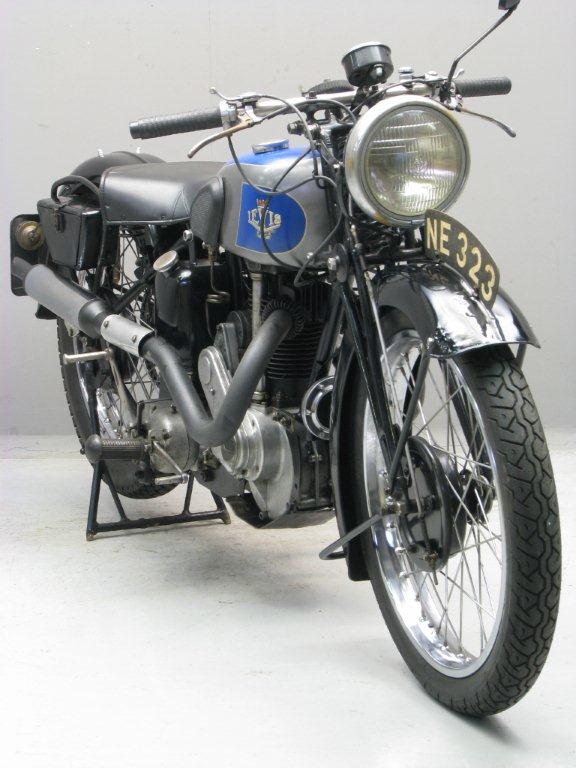 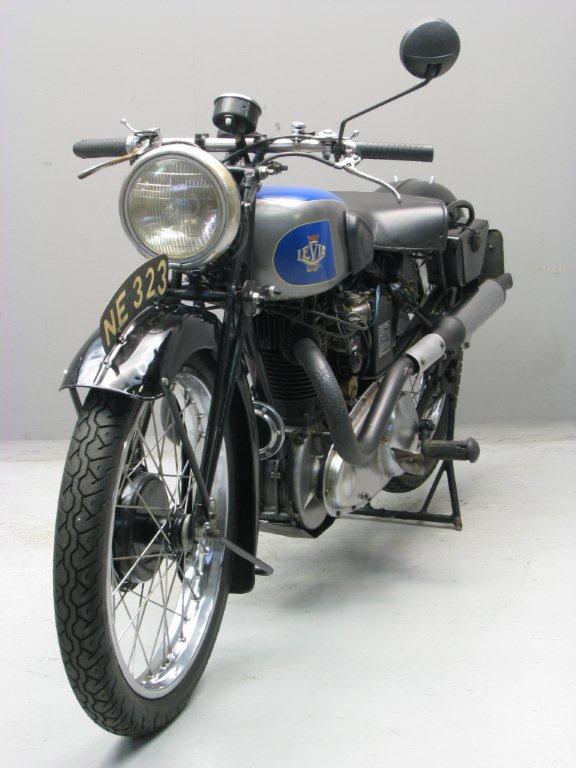 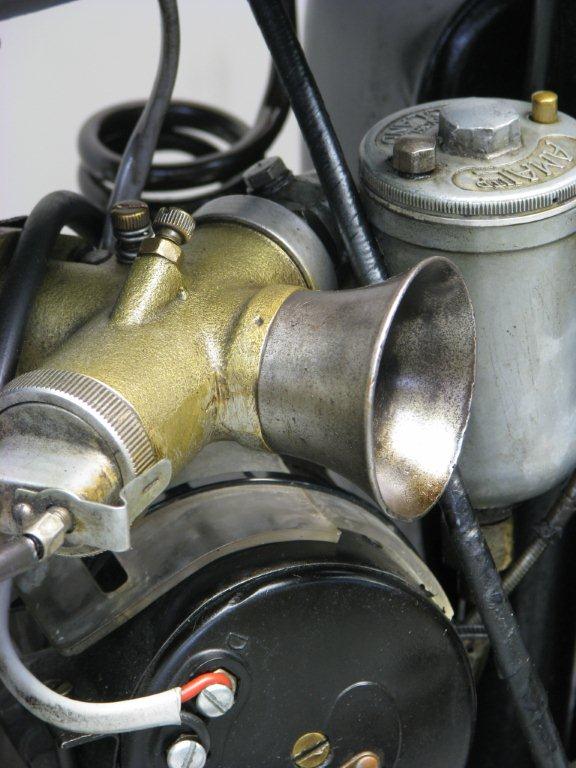 Levis motorcycles were manufactured by Butterfields of Birmingham, and were for many years one of England’s leading manufacturers of two-stroke motorcycles.
They built two-stroke machines from 1911, and added a line of four-strokes in 1927, that ran to 1941 when production ceased.
The first Levis was made in the Norton works by designer Bob Newey, but James Norton turned it down.
The name was derived from the Latin word for “Light”.
Newey then joined with the Butterfields, Arthur and Billy, and sister Daisy, to set up a motorcycle company.
Their first model had a capacity of 211 cc.
In the early twenties the two strokes were successful in races: in 1920 and 1922 the Lightweight races on the Isle of  Man were won on Levis machines.
The   346 cc ohv model A  with bore and stroke dimensions of 70×90 mm was introduced for 1927.
It proved a reliable and popular design and was  listed up to the 1940 range, albeit  under different model  designations.
For model year 1937 two versions were available, the standard model ( LA 37) with single port head and the “A Special” which sported a two-port head and had chromium rims and spokes.
All OHV Levis machines had 4 speed Burman gearboxes by 1937.
This machine has been restored a number of years ago and  currently has a  Dutch registration.