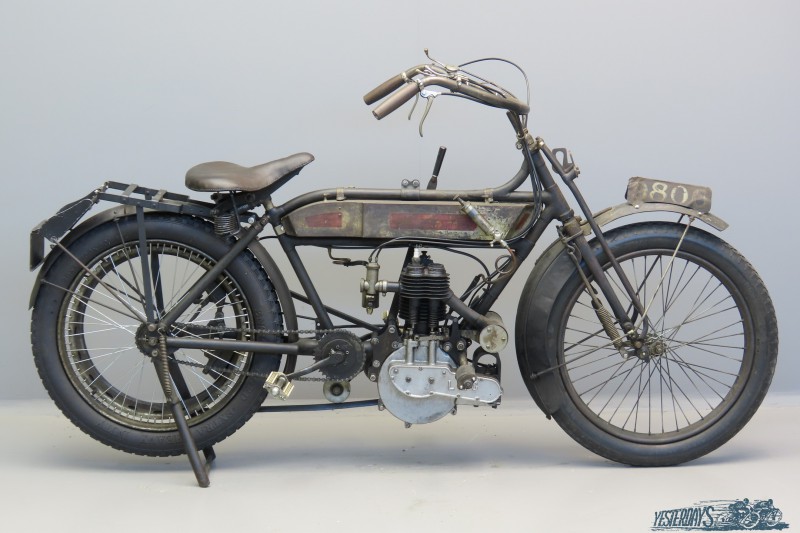 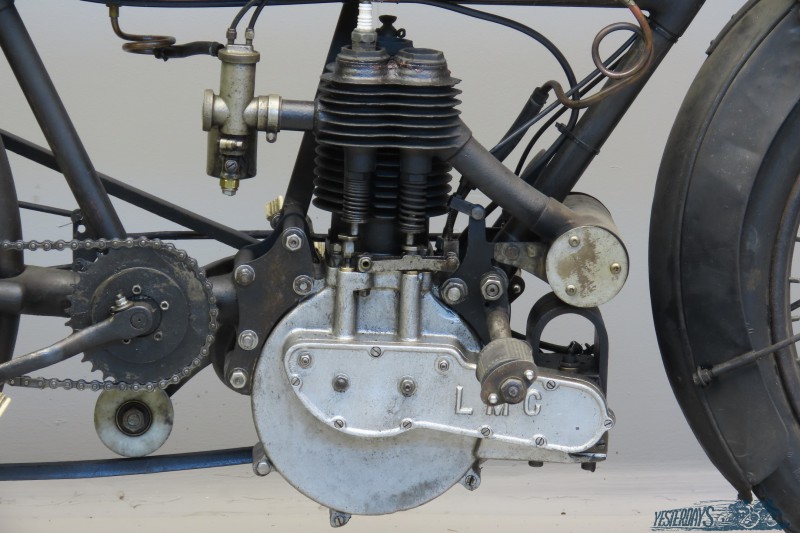 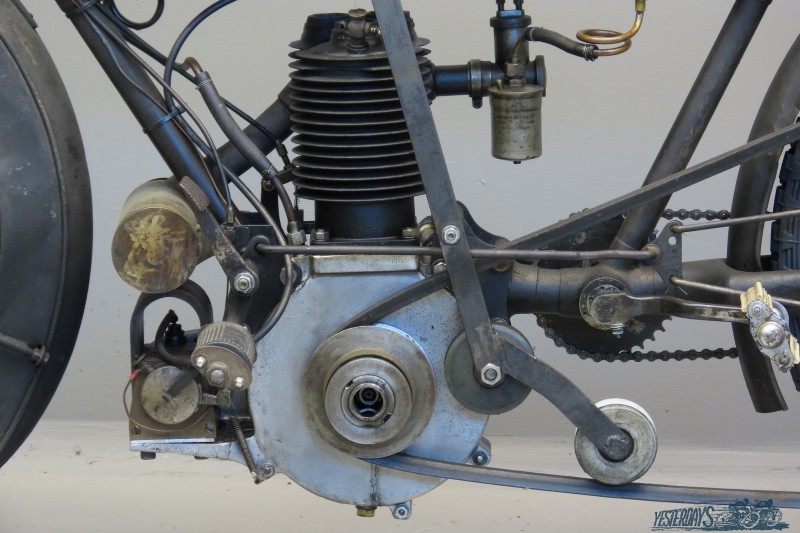 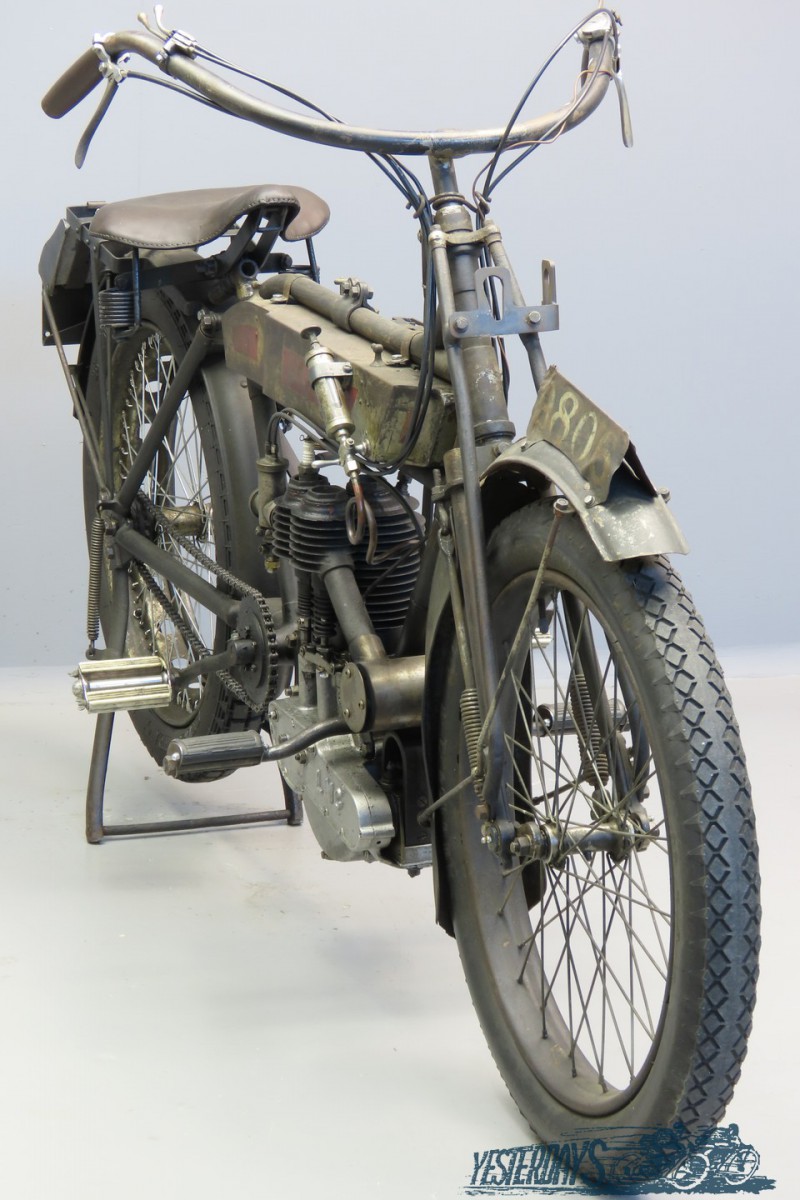 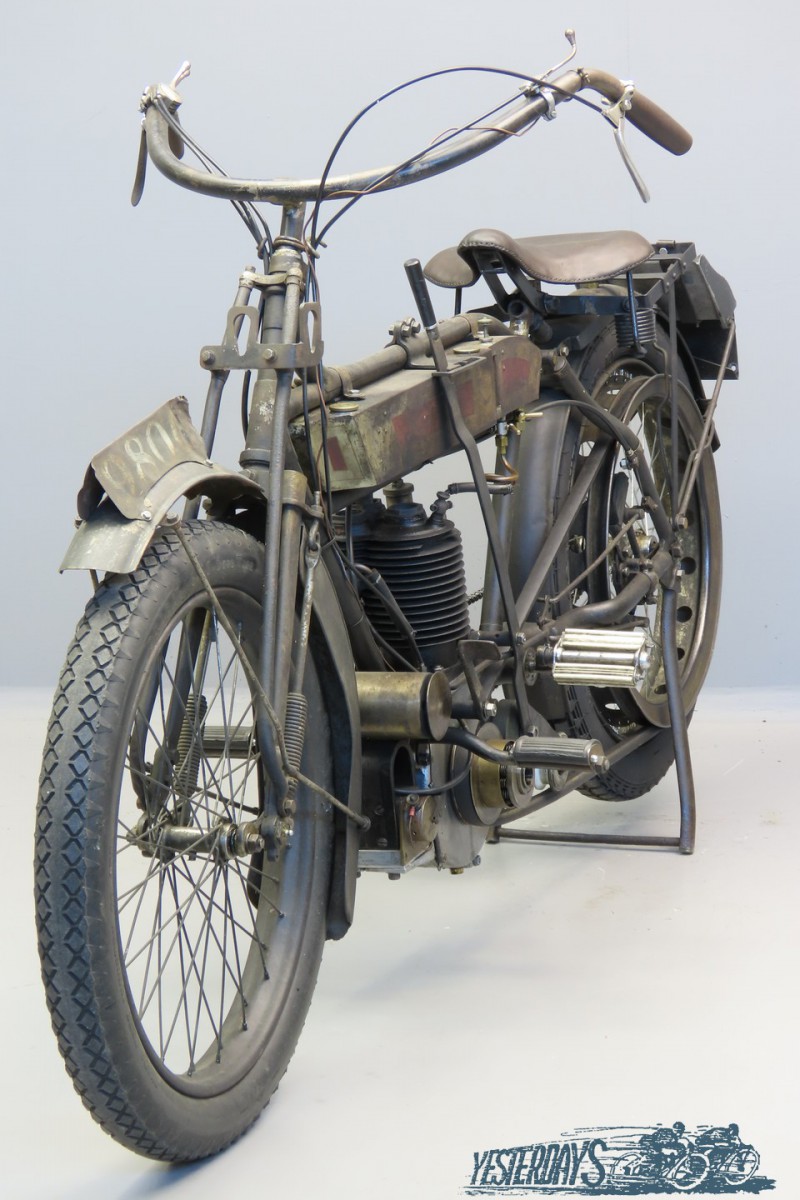 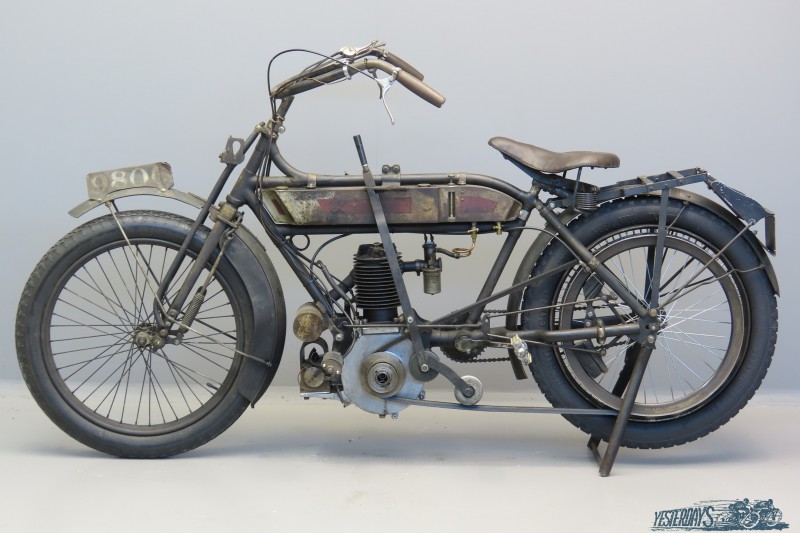 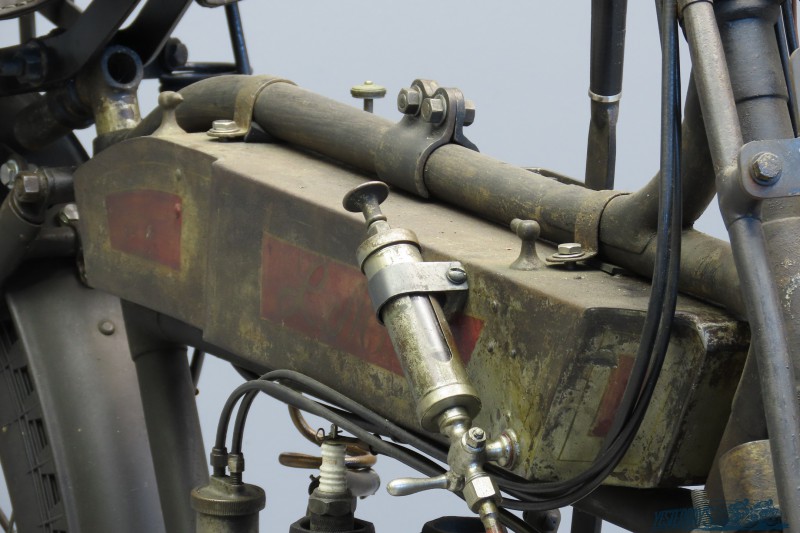 The Lloyd Motor Manufacturing Company was set up by Walter Lloyd at 132 Monument Road, Ladywood, Birmingham.
Walter had started the Quadrant cycle company together with his brother William, who had already left the firm earlier.
In 1907 Walter left Quadrant after a big row and started his own business.
He first marketed a 4 HP machine, soon to be followed by a 3 ½ HP model.
Both models had inlet-over exhaust layout, with suction-operated automatic inlet valve.
Some years later the engine configuration was changed to side valves for both inlet and exhaust.
After the end of World War I, the make returned with a 597cc single and an 842cc V-twin, both with three-speed gearbox.
In 1921 a 960cc V-twin joined the range and one year later production ceased. Interesting LMC information can be found in the April, 1988 issue of The Classic Motorcycle.
The 1911 LMC range consisted of two models, both with 85 x 88 bore x stroke engine.
|The main difference between the models was the frame size: the standard model had a seat height of 30 inches, the other type, in the 1911 brochure described as “COB Touring Model”, had a dropped frame that resulted in a 3 inch lower seat height.
Interesting features of the LMC are the front suspension and the patented Auto varia pulley.
The hand lever to the left of the petrol tank is connected to two rollers, one of which controls the pulley width and consequently the gear ratio, while the other roller keeps the belt adjusted.
Both brakes operate on the rear wheel pulley and the ignition is taken care of by a reliable Bosch instrument.
This rare machine retains its original patina, engine and rear wheel have been rebuilt.
It was sold new in 1911 in Adelaide, Australia and had only a few owners in the past 109 years.
The registration number 9806 on the front plate was issued in 1917 in South Australia.