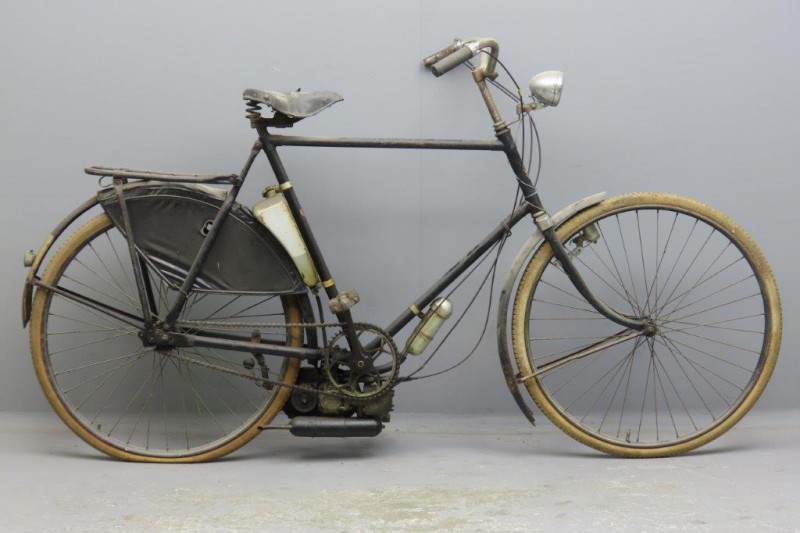 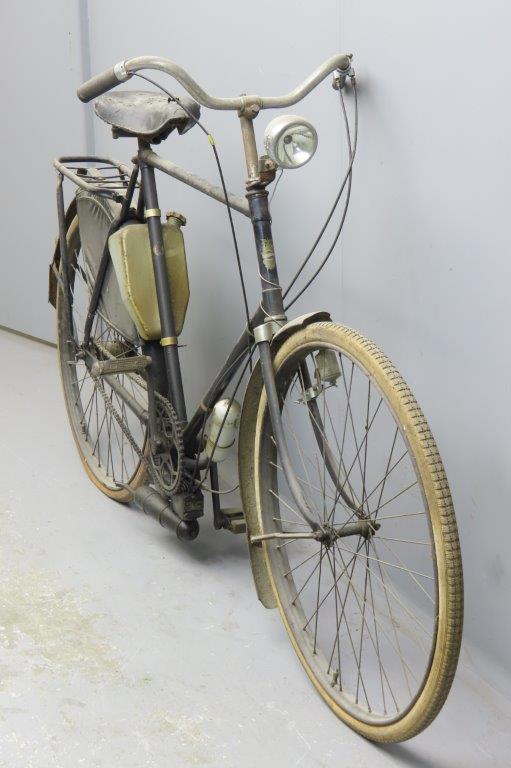 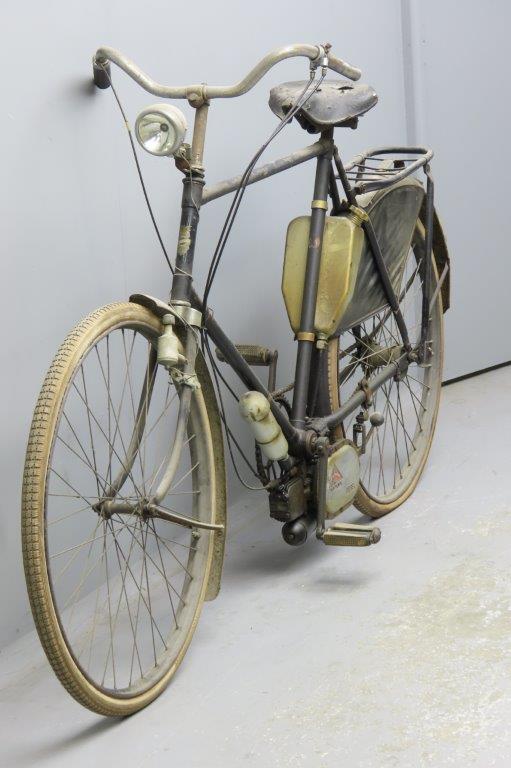 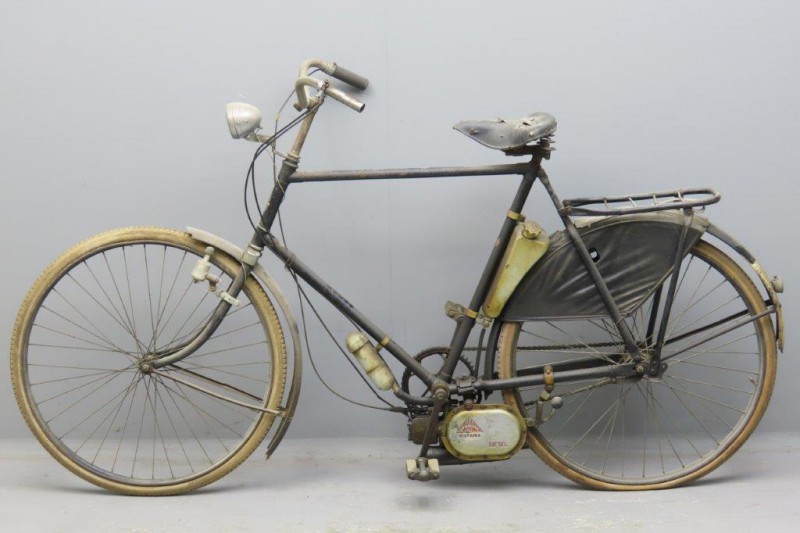 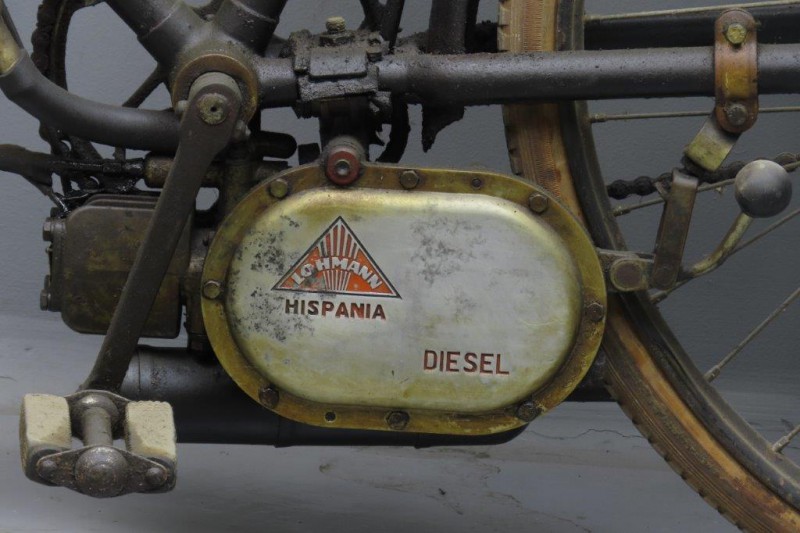 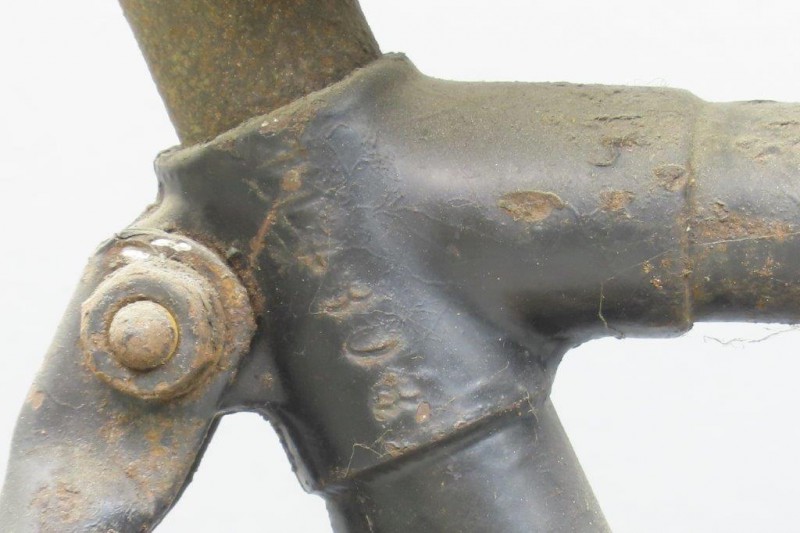 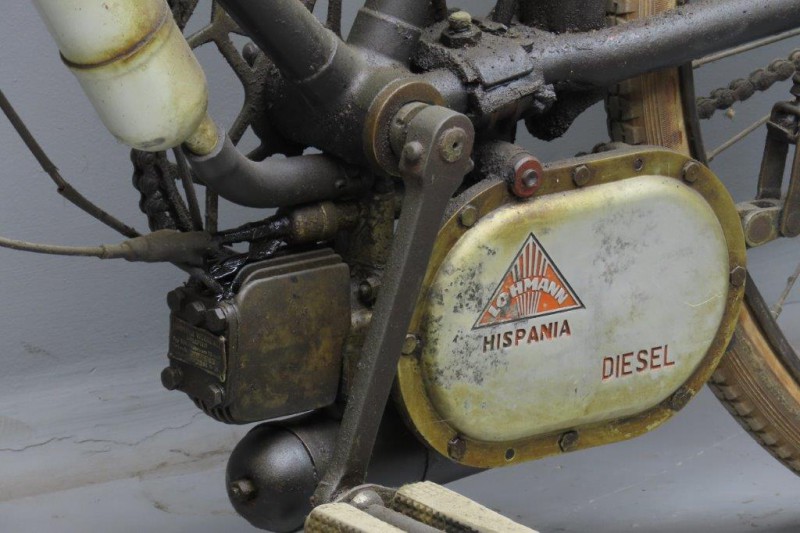 Lohmann is a German company known for their clip-on diesel engines.
The company mainly produced bicycle parts (including lighting, alternators and saddles).
The company developed in West Germany just after World War II an 18cc (approx. 1 cubic inch..! ) clip-on diesel engine.
At the time in Germany motorcycles with more than 60cc displacement were not allowed to be built.
This little engine has variable compression, no carburettor or spark plug, and it runs on any liquid fuel.
The operation is based on self-ignition, as with a diesel.
By changing the compression with the twist grip on the handlebars, the moment of self-ignition has to be regulated, and thus the engine power of max. 0,6hp. At the same time, the fuel dripper has to be set, also by the twist grip on the handlebars.
The engine usually runs on a mixture of gasoline, petroleum and lubricating oil.
Petrol station petroleum is doing fine and a mixing ratio of 1:40 (petroleum: two-stroke oil) is no problem with the current 2-stroke oil. With the right settings of the twist grips on the handlebars, the engine usually runs within 10 meters of pedalling, summer or winter.
The drive is by adjustable friction roller on the rear tyre.
The consumption is 1 litre on 100km and the top speed ranges from 8 to 32 km/h (5 to 20 mph) depending on the wind and/or the slope.
It remains impressive how simple and at the same time how extraordinarily the design is of this engine construction.
The first Lohmann diesels silencer consisted of a metal plate that was pressed with two springs against the cylinder.
This gave a less pleasant sound hence the Lohmann’s nickname of “Nervensäge” or “Nerve-saw”.
The machine we offer is fitted with the improved cylindrical silencer.
The Lohmann brand disappeared when the German economy began to flourish and mopeds became popular.
In Spain, the Lohmann was licensed as “Hispania Lohmann” and our machine is of Spanish manufacture.
The engine has been fitted, probably from new, to a period Mercury gentleman’s bicycle.
This interesting lightweight machine is a recently discovered barn find.