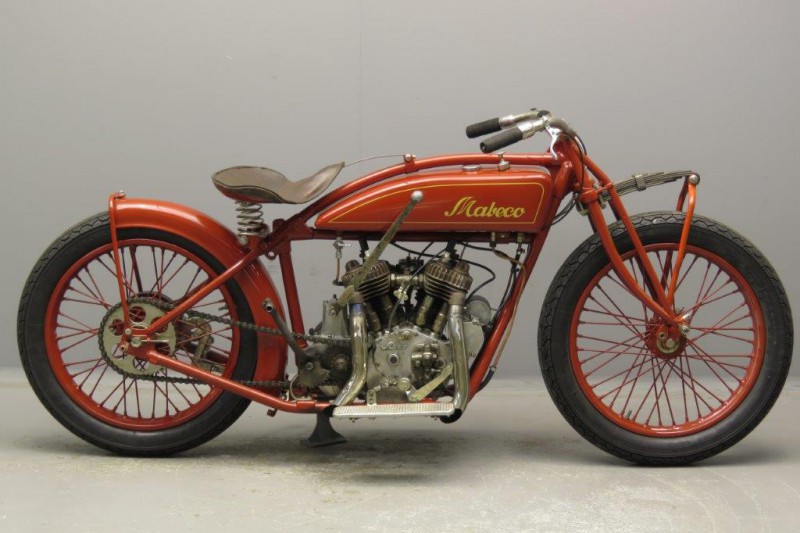 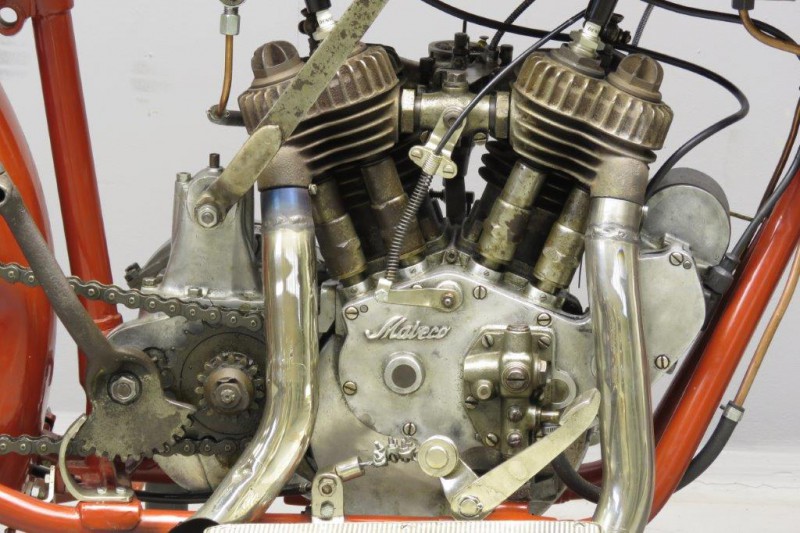 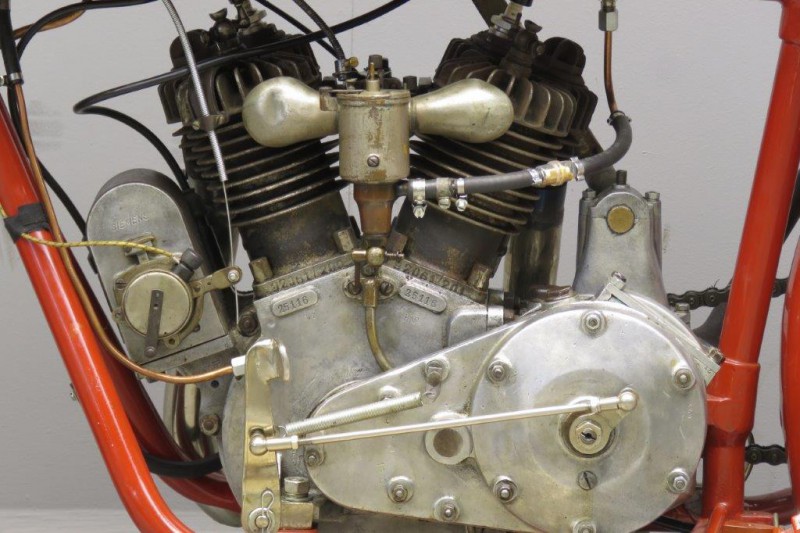 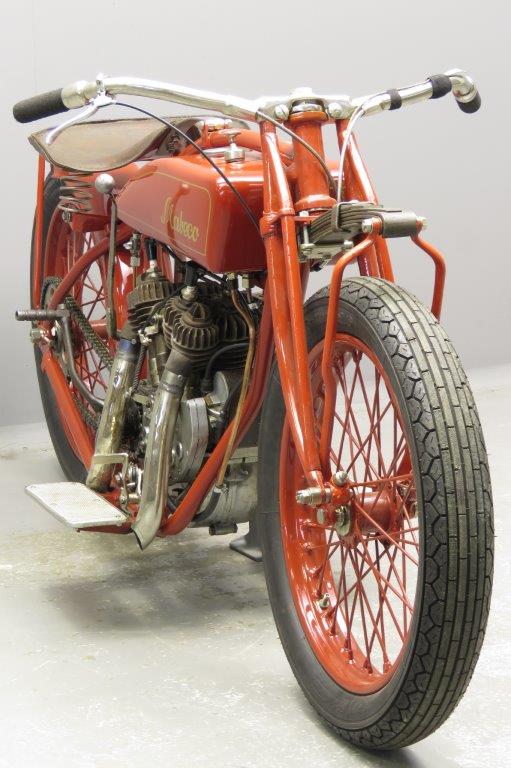 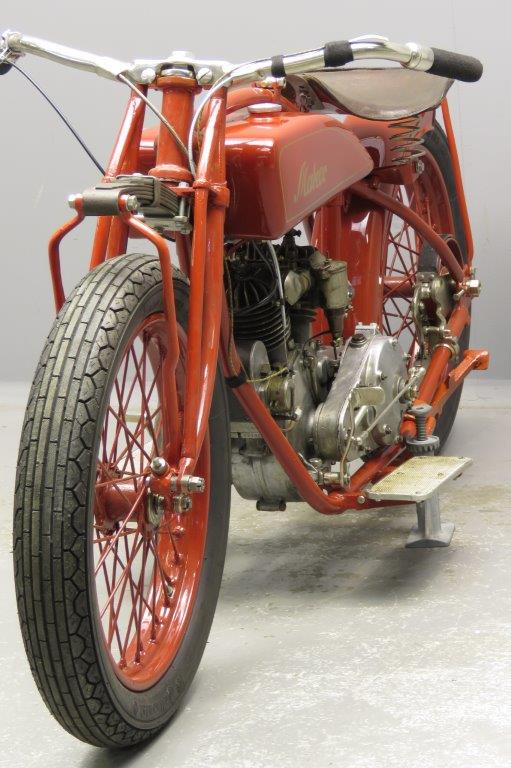 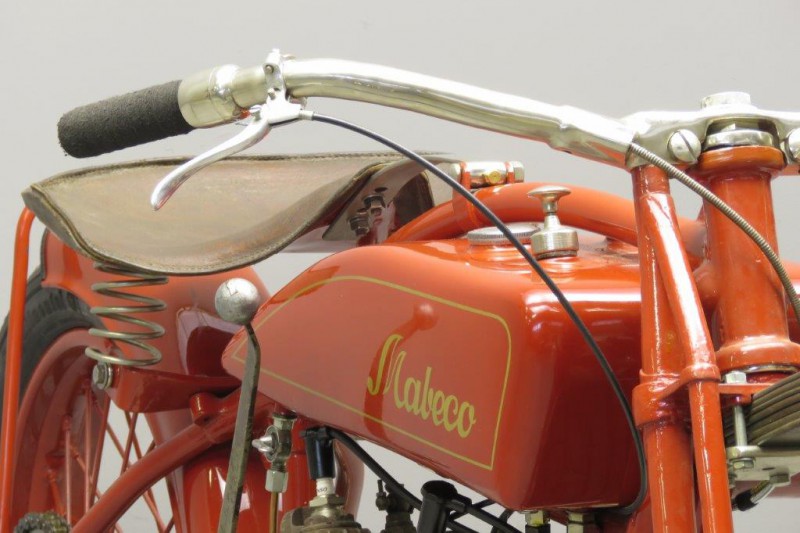 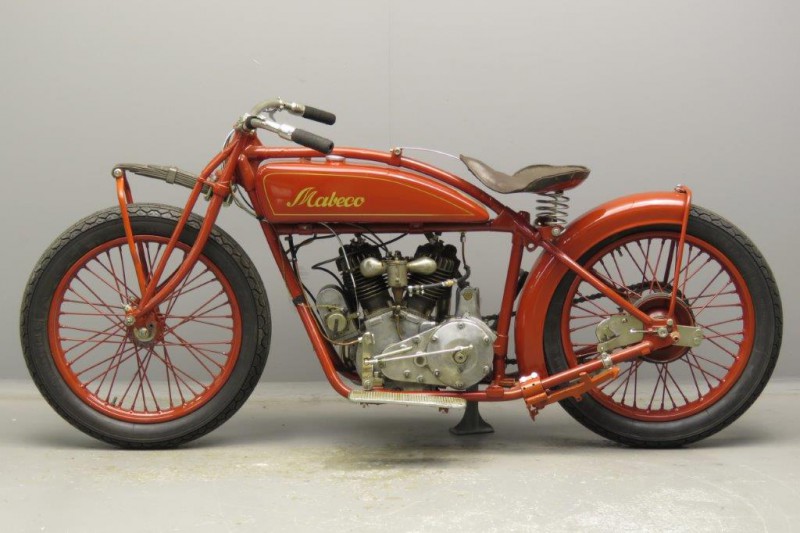 In 1920 Max Bernardt, a Berlin businessman, started a partnership with a Mr. Holzrichter with the aim to produce motorcycles. Instead of going through the usual steps of design and development he decided to take the new Indian Scout as an example.
This motorcycle had caused a sensation when it was introduced and Bernardt recognised it would be an excellent starting point for his own product.
The Scout engine was copied and engine production was contracted out to the firm of Siemens & Halske.
This firm had produced aircraft engines for the German air force and had a lot of production capacity, fine machinery and skilled labourers but little work after November 1918.
Frame and sheet metal parts were copied and produced in Bernardt’s workshops at the Prenzlauer Allee in Berlin, the magneto was a Siemens product, the carburettor a Berlin-made SUM and other parts came from local subcontractors.
The new Mabeco was first presented at the spring Motor Show in Frankfurt and it got a favourable reception.
The first models seem to have been finished in green, but all known brochures show the Mabeco in shiny “Indian red”.
Even the “Mabeco” script on the petrol tank was a close copy of its American progenitor.
It’s not clear what reactions this piracy caused in Sprinfield.
Some sources state that Indian started a lawsuit that resulted in 1925 in a settlement but Peter Schreiber, author of the Mabeco history “Mabeco, die “Indian” aus Berlin” remarks that no evidence has been found of this.
He points out that Mabecos were made in relatively small numbers for the German market only and Indian probably couldn’t be bothered too much about that.
The demand for Bernardt’s machines was quite reasonable but the company had cash flow problems and regularly no engines were supplied because of this.
The organisation at the Prenzlauer Allee was also lacking so customers sometimes had to be very patient. In 1925 the company was restructured and Siemens & Halske took control. Some exotic four-valve and eight-valve racers were made but by 1928 production was stopped.
In the thirties Mabecos, just like their American counterparts, were popular in “Wall of Death” shows on fairgrounds because of their stability and dependability.
The machine on offer here is such a machine.
It has been restored some time ago and runs fine.