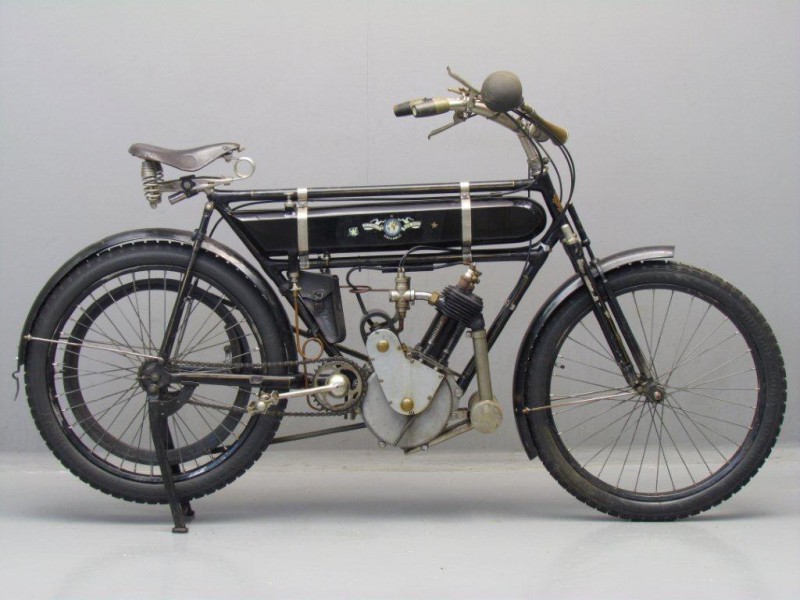 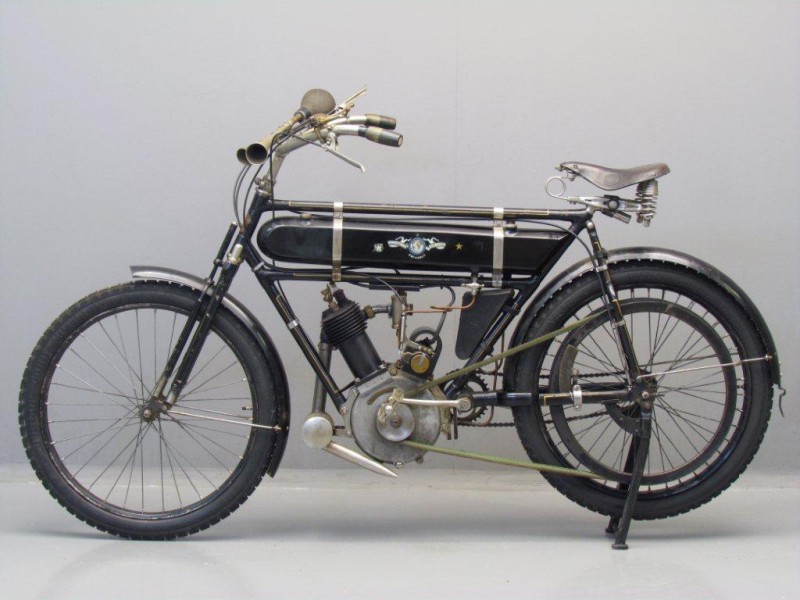 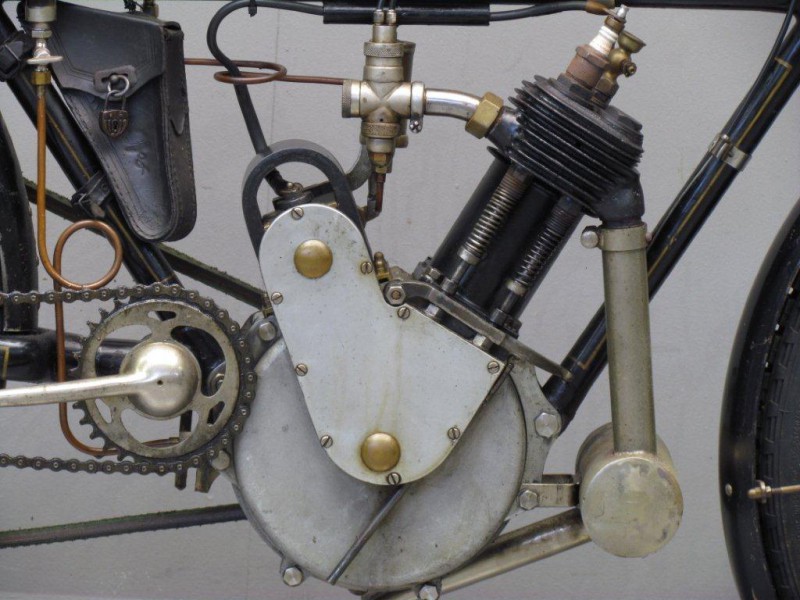 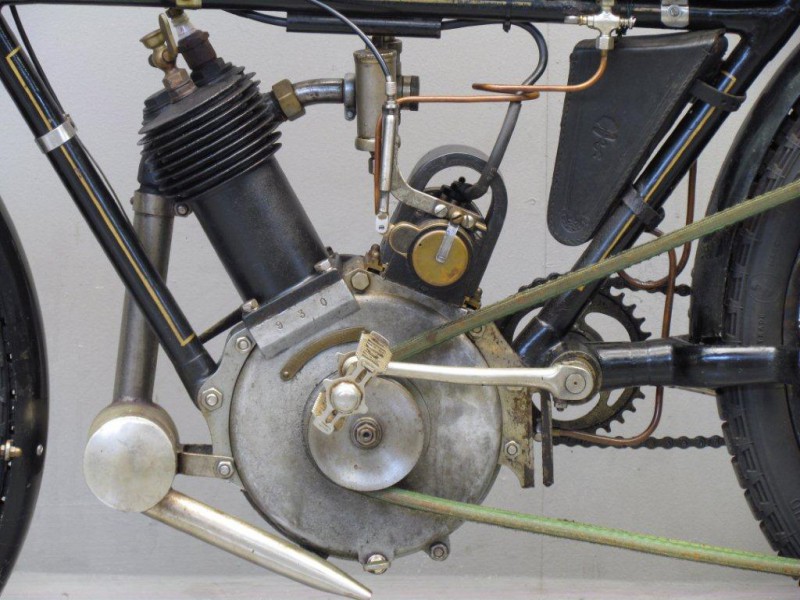 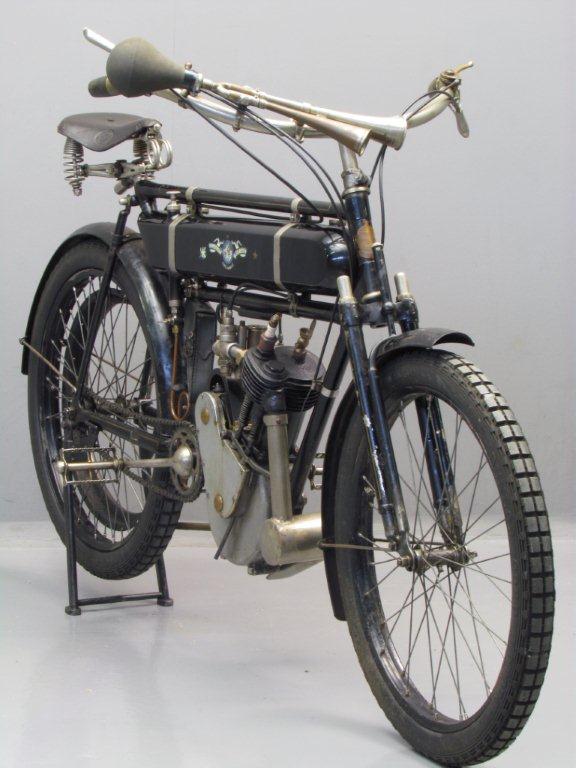 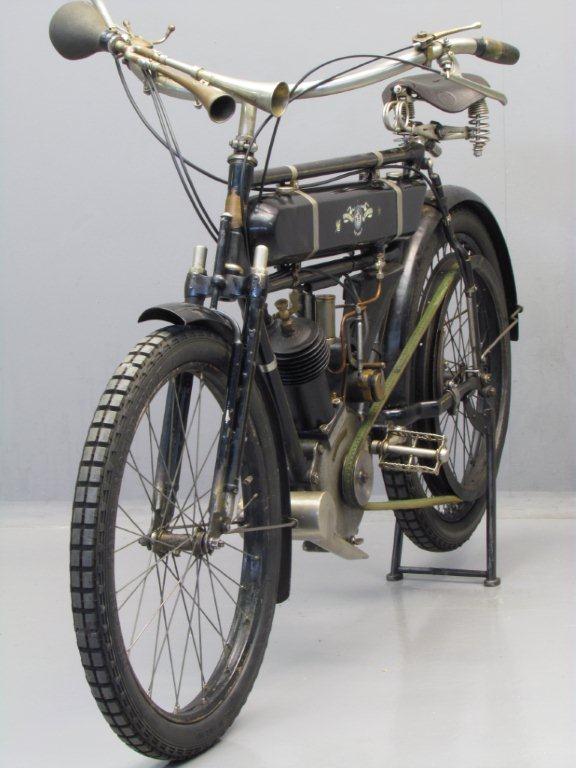 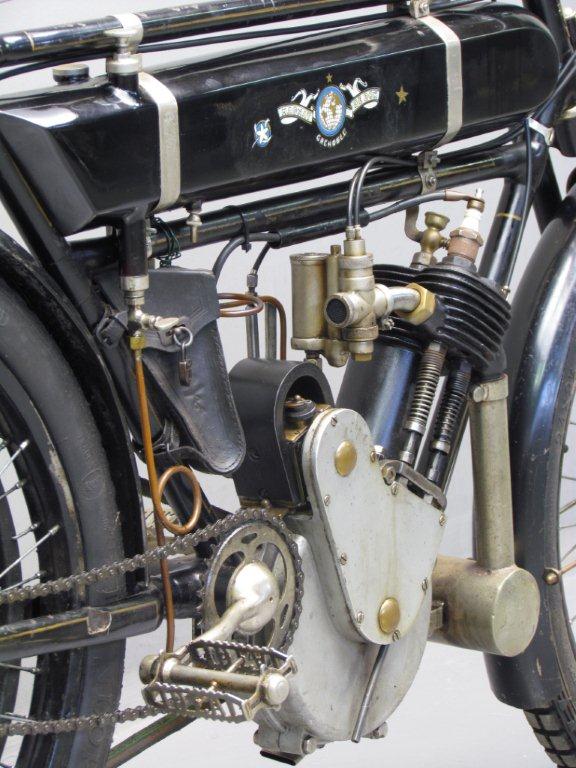 In the year 1900 Joseph Magnat and Louis Debon founded a firm  in Grenoble that started to produce bicycles.
In 1902 the first motorcycle was produced, equipped with a De Dion Bouton engine.
Soon they started to use their own engines and in the years before the first world war  the firm prospered: the machines had many novel features such a telescopic front suspension and  some models had overhead valves.
Both founders died at the end of the war and in the early twenties the company got into financial problems.
In 1922 the firm was taken over by the Terrot company. In 1911 two models were marketed,  a machine with 2 HP engine weighing 40 kg  and a 2 ¾  HP model with a weight of 45 kg.
Magneto is the reliable Bosch instrument, carburettor  is of Magnat Debon design.
This  veteran machine is an older restoration.