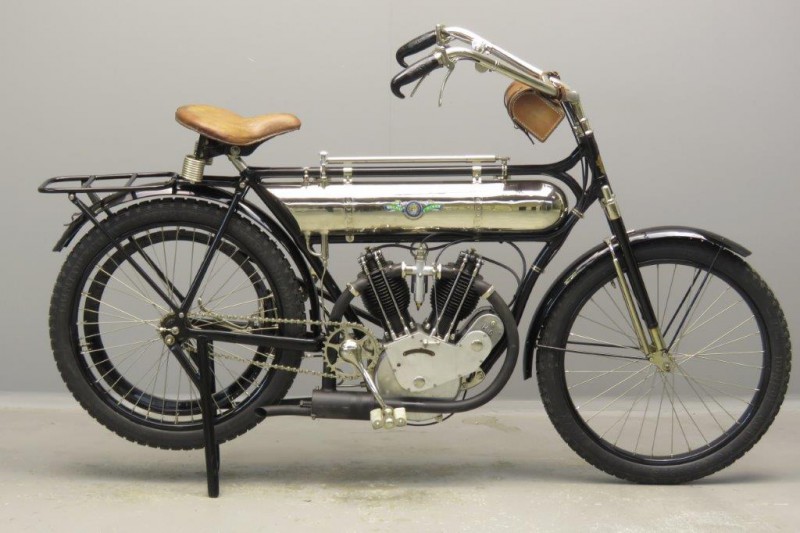 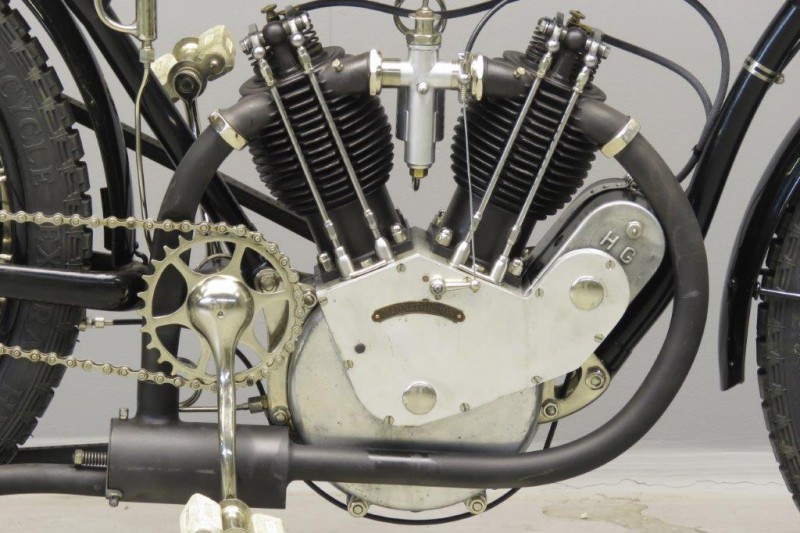 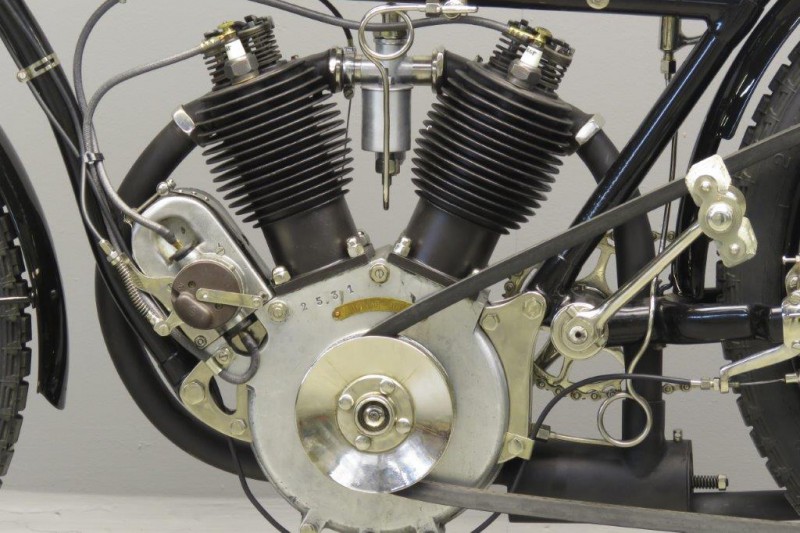 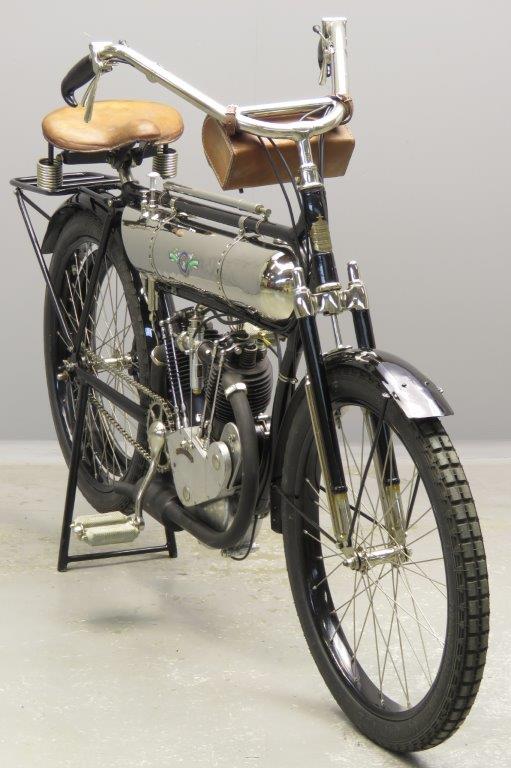 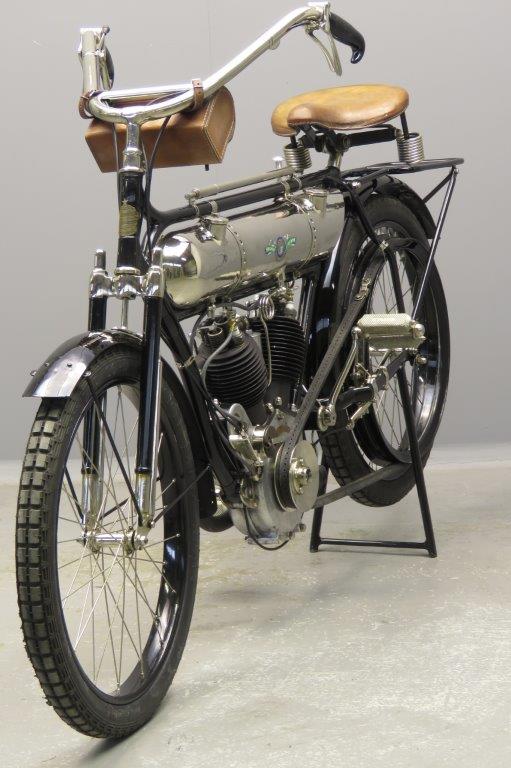 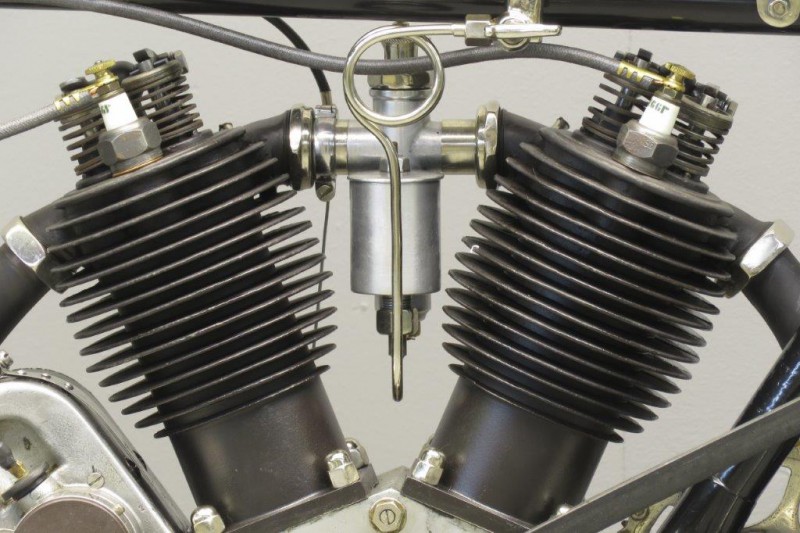 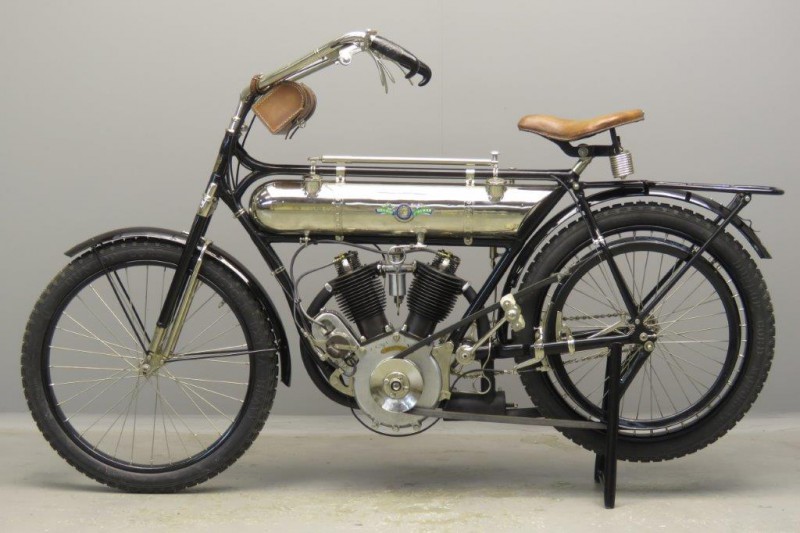 In the year 1900 Joseph Magnat and Louis Debon founded a firm in Grenoble that started to produce bicycles.
In 1902 the first motorcycle was built, equipped with a De Dion Bouton engine.
From 1906 on there was a regular motorcycle production with own-brand engines.
In the years before the first world war the firm prospered: the machines had many novel features such a telescopic front suspension and some models had overhead valves.
Both founders died at the end of the war and in the early twenties the company got into financial problems and was taken over by the Terrot company.
In 1913 M-D abandoned the side valve models for a number of years and concentrated on overhead valve machines.
The 3 ¼ HP model had bore x stroke of 75 x 90 mm and a displacement of 398 cc, its more powerful brother measured 80 x99 mm and displaced 498 cc.
This 498 cc single was replaced in 1914 by an overhead valve V-twin, a remarkable good looking and agile machine.
Its 45 degree V-engine sported four cams and the cylinders had bore x stroke dimensions of 66 x 73 mm.
The twin was light in weight, without oil or petrol it tipped the scales at a mere 64 kg.
Due to its short production run and its advanced ohv V-twin specification this attractive veteran is a much sought-after machine.
This 4 HP comes in excellently restored condition.