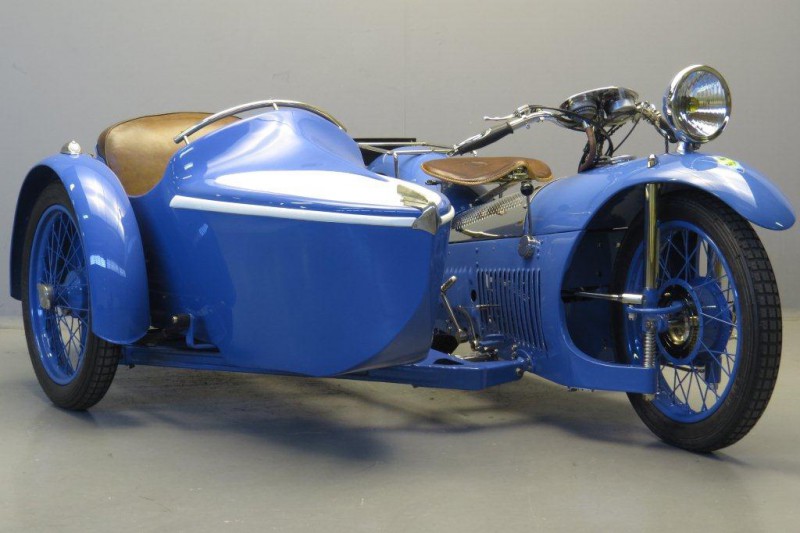 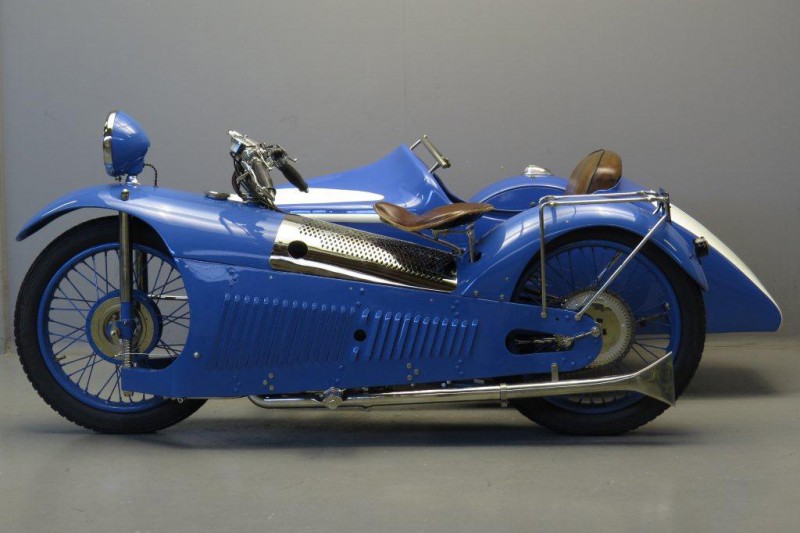 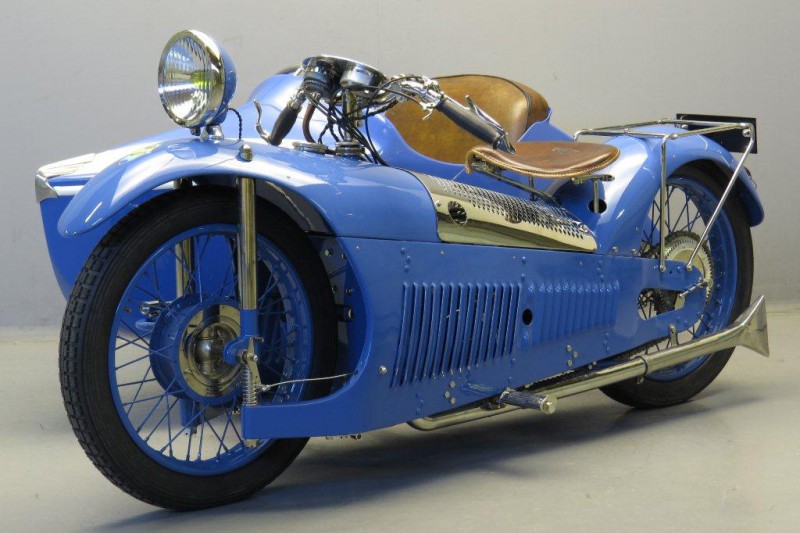 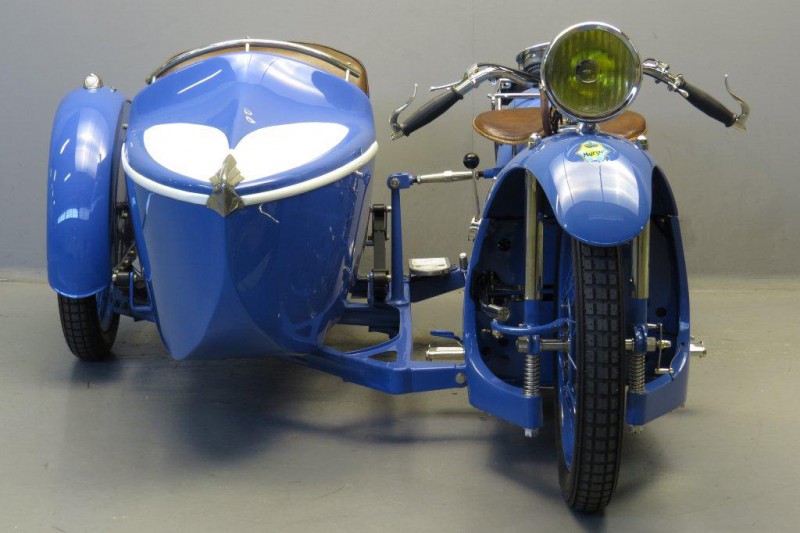 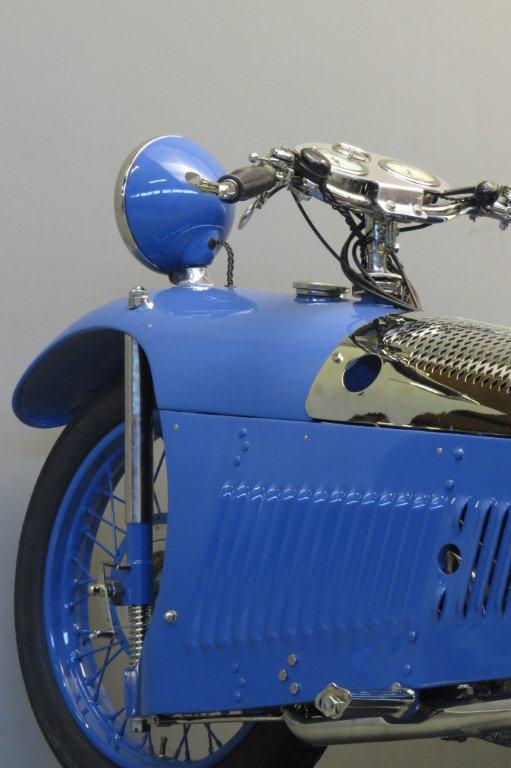 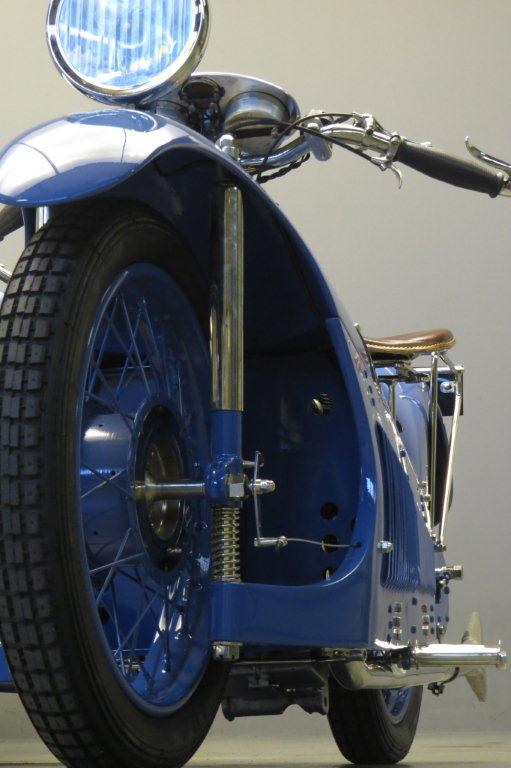 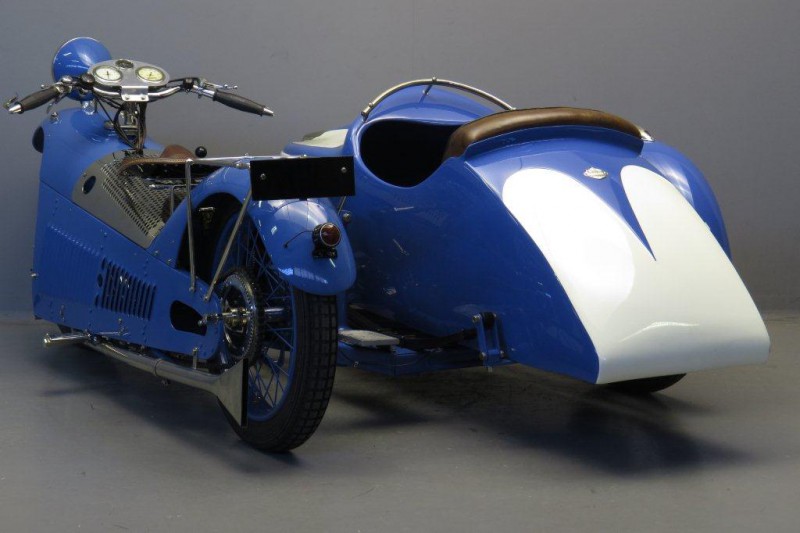 The Majestic is the brainchild of French designer Georges Roy.
Roy is born  in   Thuré near Chatelrault ( Vienne) in 1888  and  starts experimenting in the early twenties to design a motorcycle that does away with the conventional tube frame.
Roy considers a tube frame not suitable for a motorcycle because of its tendency to flex at higher speeds and  break because of repetitive vibration.
A sheet metal carcass will overcome these drawbacks; a further advantage of  a  pressed steel chassis  is a better  weather protection  for the engine  and  at the same time it will protect the rider from oil and grease.
After experimenting with a prototype Roy applies for a patent in December 1926 and the  "New-Motorcycle" is marketed.
The New-Motorcycle  is not a commercial success, it seems Roy  lacks a good  sales and service organization but that doesn’t  stop him from designing and marketing  an even more unusual motorcycle, the Majestic.
In this design he takes his idea of a car on two wheels a step further, the machine gets hub-center steering via links and rods.
The Majestic is presented at the 1929 Paris Show and creates a lot of interest.
There is no rear suspension and the chassis ends in a pressed-steel rigid mounting for the rear hub.
Roy himself said in an interview with Moto-Revue that was published when he was 84 that he was inspired by the Ner-a-Car.
He mentioned  that from the early twenties his main business was in the knitting industry, for no more than 5 to 6 years he was fully involved with motorcycles; in 1930 he sold the Majestic production rights to the Delachanal firm, the makers of Dollar motorcycles and  went back to the knitting business.
The first models had a  stamped steel metal undercarriage, the Delachanal-made machines were  full monocoque constructions.
Power sources were mostly 350 and 500 Chaise unit construction engines, some show machines were equipped with JAP V-twin ohv engines.
According to Roy there was a limited production between  1930 and 1933; It is said that about ten machines have survived.
A close look at  the machine  reveals the brilliance and originality of the concept.
As  “ The Vintagent” puts it: “It is "Art Deco" in its purest form.
The entire machine, barring the engine, is unique and manufactured for this purpose – only ancillaries like lights, seats, etc, were bought-in; even the hubs were custom-made, as there wasn't another hub-centre steered machine of its scale.
The Majestic aspired to be a motorcycling Grand Routier:  a large, comfortable, and stylish tourer.”
A Majestic was featured in the Guggenheim  museum  tour of  "The Art of the Motorcycle"   in 1998/1999.
For a road test of a Majestic link to http://thevintagent.blogspot.nl/2009/05/bavarian-road-test-2-majestic-new.html
This beautifully restored Majestic is equipped with a very stylish  "Bernardet" sidecar and finished in French Racing Blue. A luxurious detail is the aluminium dashboard with O.S. clock, O.S. speedometer and Jaeger amp gauge.