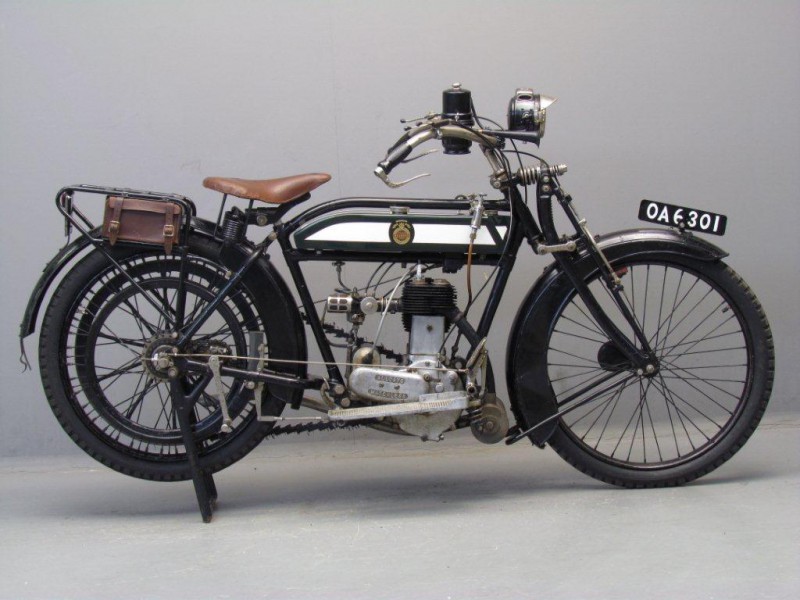 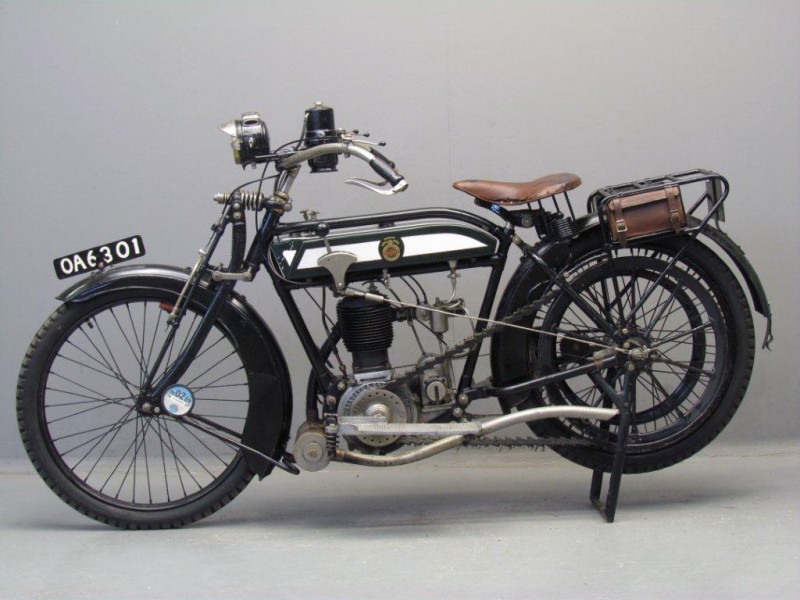 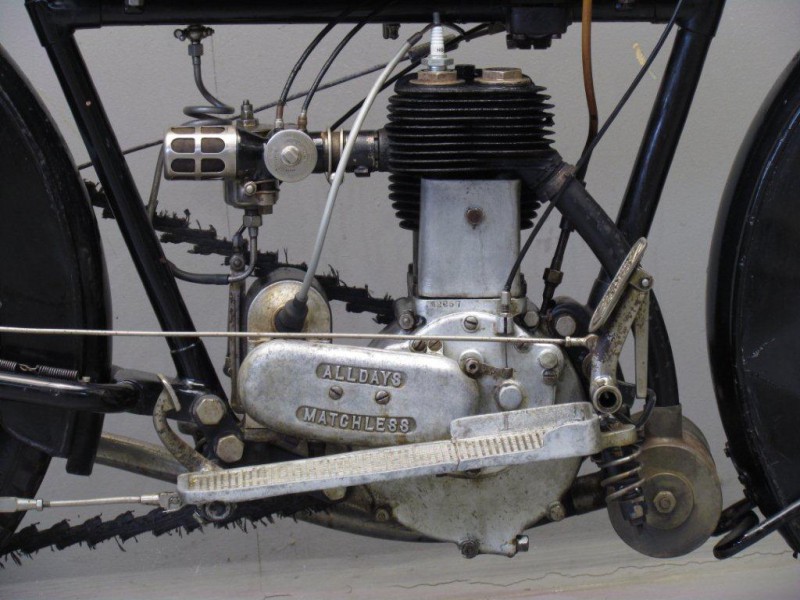 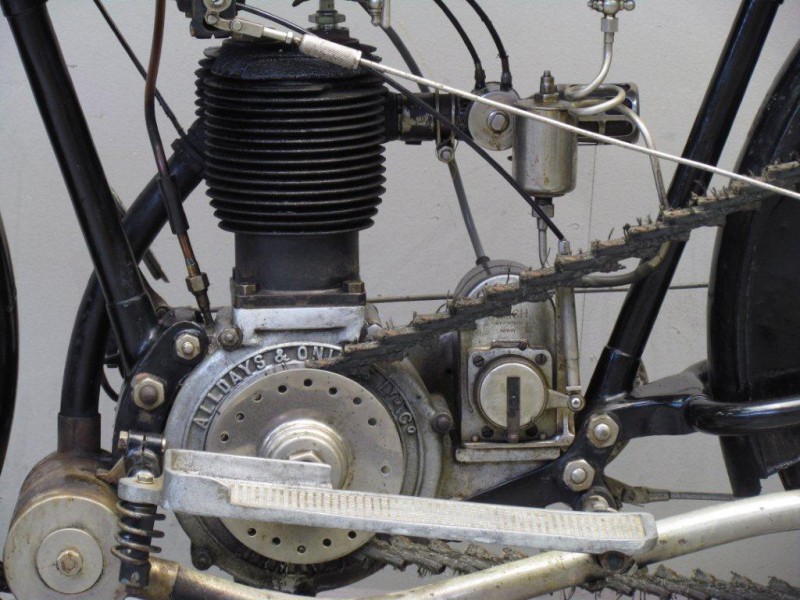 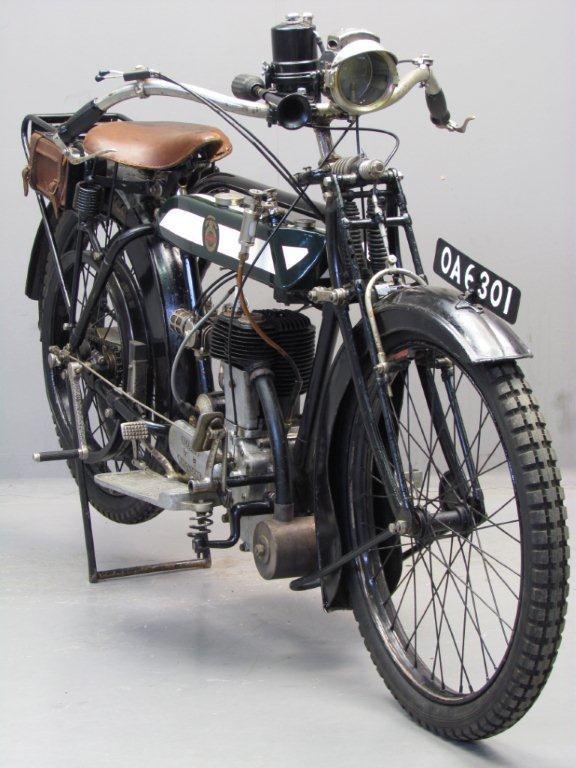 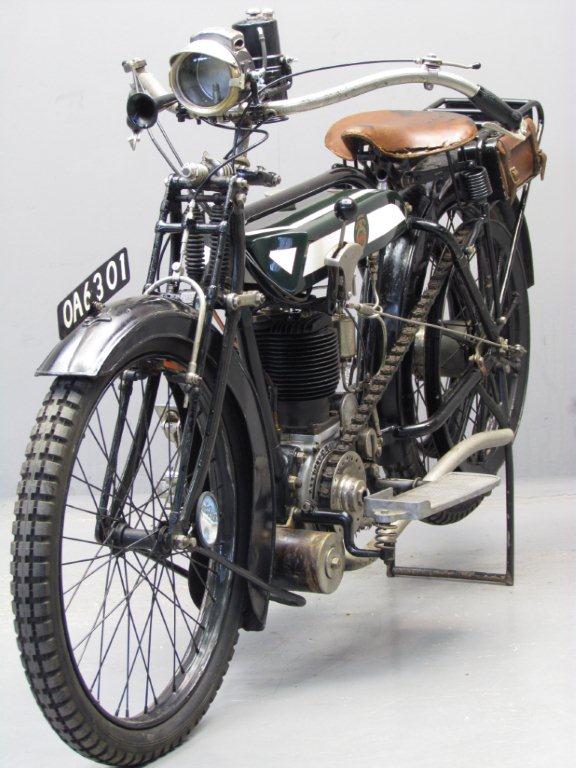 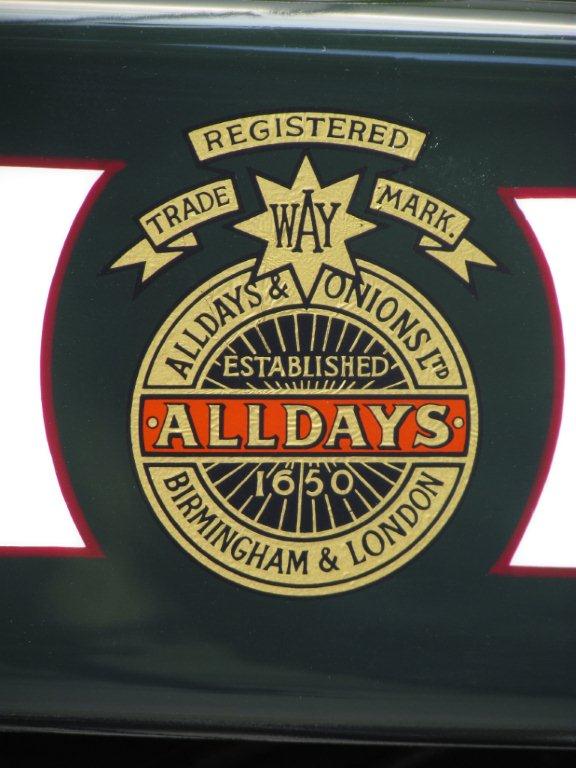 The roots of the firm of Alldays& Onions go back to 1650; in that time the company – “the oldest known engineering dynasty in the world” – (Bob Currie, TCM 1982) made blacksmith’s sundries ( bellows, anvils, vices) and are still doing that today, in the form of electric fans and blowers.
From the 1880s the firm operated as “The Alldays and Onions Pneumatic Engineering Company LTD” and they occupied two neighbouring factories ( Matchless Works and Great Western Works) in the Sparkbrook district of Birmingham.
They became involved in car production from 1898 on at Great Western Works.
From 1903 till 1914 A&O Matchless Works produced a series of Alldays Matchless motor cycles, both single and V twin.
(There was no connection at all with the Collier family in Woolwich)
During WW 1 a two stoke model, the Allon was introduced. Motor cycle production ceased in 1927.
This sturdily built and practical veteran is an older restoration and has Brampton Biflex forks, aluminium sprung footboards, Senspray carburetor and Bosch magneto. Starting is by hand crank and a Sturmey Archer 3 speed hub gear is fitted.