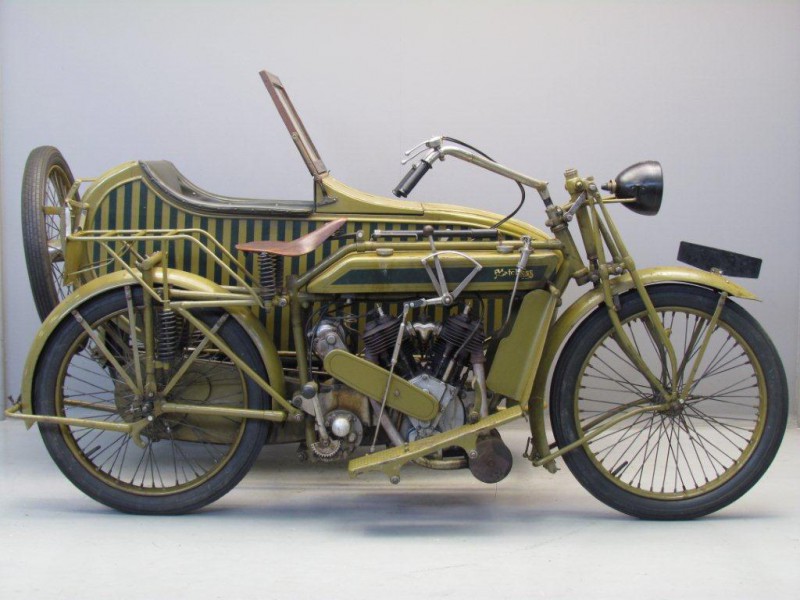 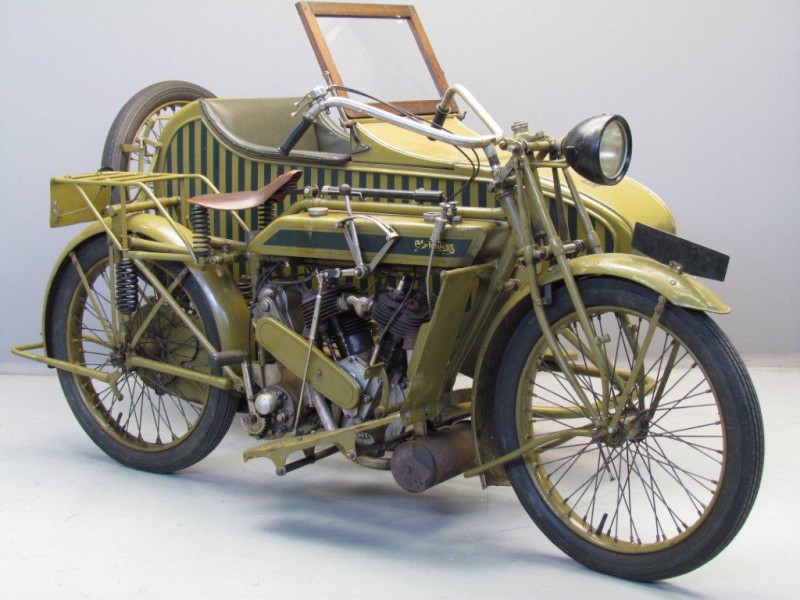 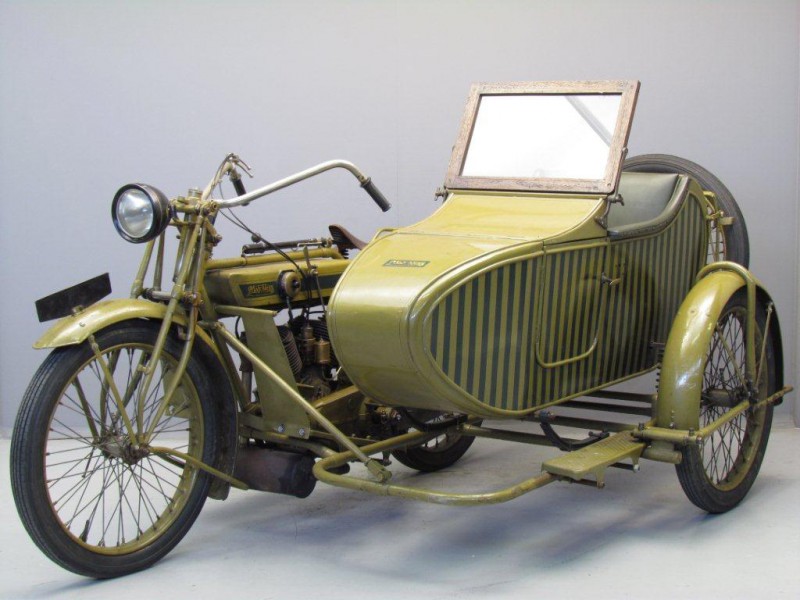 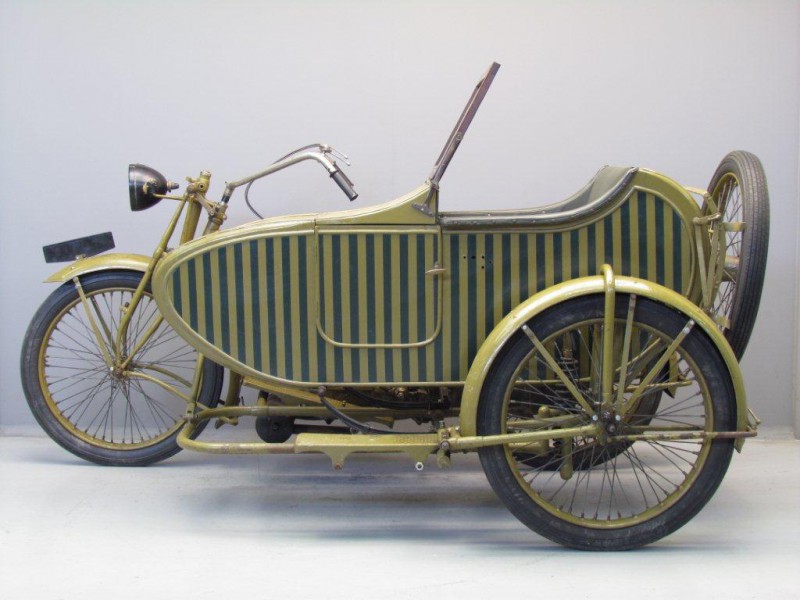 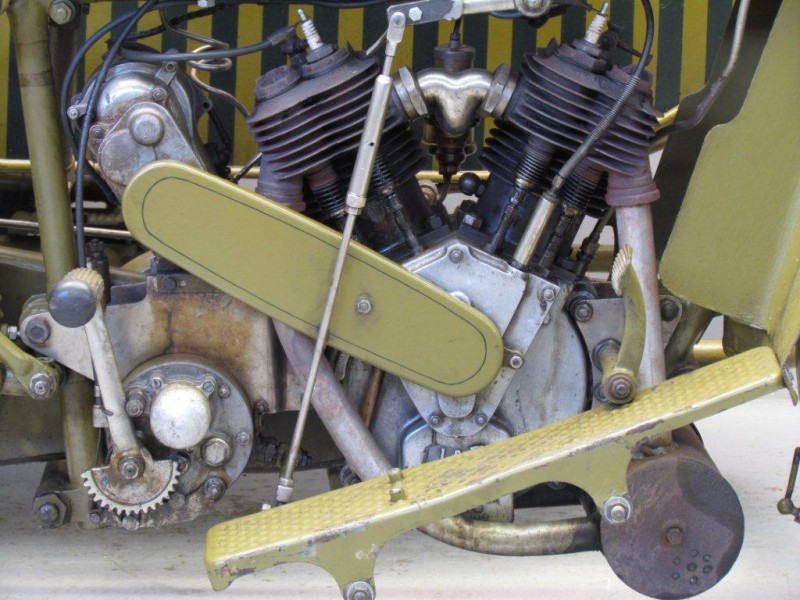 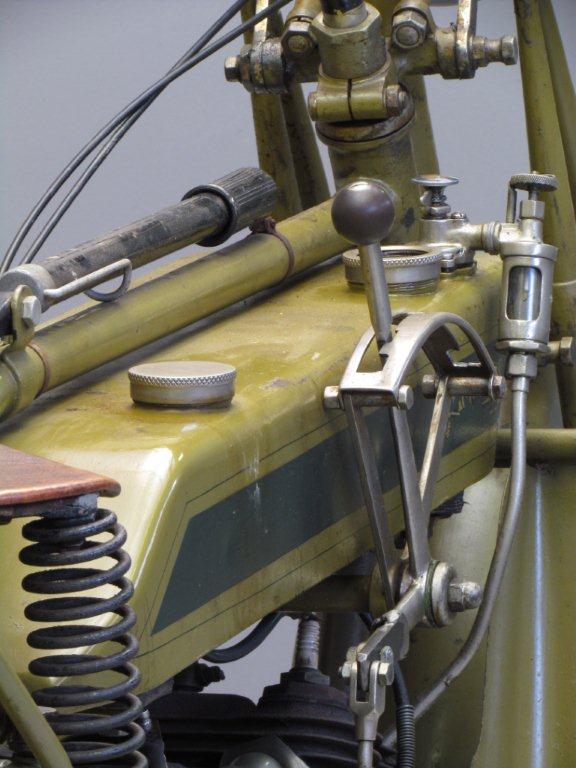 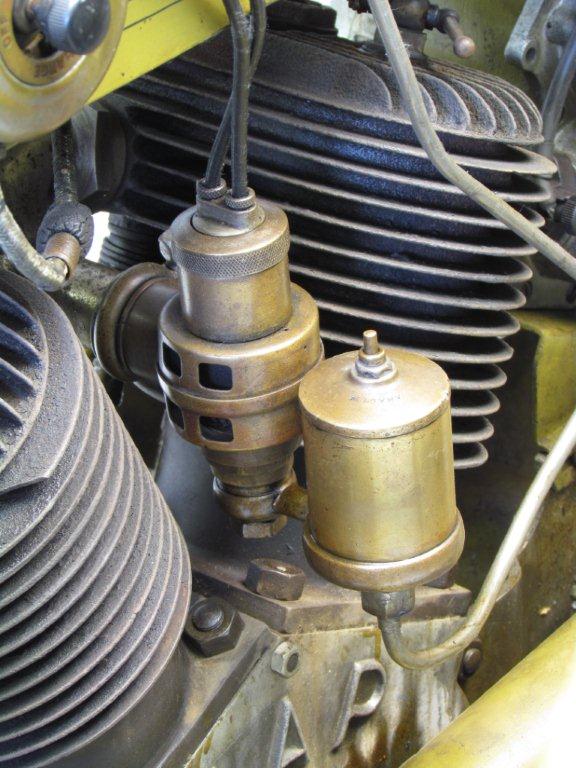 The first Matchless motorcycle was made by the Collier brothers in 1899.
In 1907 the Isle of man TT races in the single cylinder class were won: after a second place in 1908 victories were gained again  in 1909 and 1910, proving that the machines were matchless indeed.
Unlike the vast majority of Britain’s motorcycle manufacturers, which were located in the Birmingham and Coventry areas, Matchless were based in Plumstead, South London.
The name ‘Matchless’ first appeared in the 1890s on cycles manufactured by H H Collier, whose sons Charlie and Harry would later join him in the business.
The firm’s first – experimental – motorcycle appeared in 1899 and its first production model in 1902.
These early Matchlesses were JAP powered, but in 1912 the firm introduced a 500cc single of its own design.
Nevertheless, within a short time it had gone, along with all the other singles, and for the next several years Matchless built only v-twins Of the latter, the MAG-powered Model 8B was particularly well specified, being equipped with a kick-starter, three-speed countershaft gearbox, fully enclosed chain drive and rear hub brake. For 1915 an 8B/2 version featuring detachable wheels was offered.
When civilian production recommenced after WWI, the famous Model H was an early addition to the range.
The company designed a model especially suitable as a sidecar machine, the model “H”.
Both  JAP and MAG engines were used as power sources.
A development of the 8B/2, the Model H was unusual in being offered as a motorcycle combination only, with integral sidecar chassis, sprung sidecar wheel, swinging-arm rear suspension and electric lighting.
This ca 1920 Matchless is equipped with the well known, sturdy 1000cc JAP V-Twin side valve engine and the 3 speed  cylindrical gearbox is of Matchless’  own design.
In  “The Motor Cycle” of December 1, 1920  we read: ”The Matchless combination remains practically unchanged for the coming season, the 1920 design having given unqualified satisfaction during the last 12 months.
One of the most capable motorcycle combinations of its day, the Model H lasted in production until 1927.
This Matchless was restored years ago and shows now a nice patina, that we think, ads to the charm of this still well presented machine.
This magnificent Model H combination has been used regularly and it starts first kick and affords a supremely comfortable ride for both rider and passenger.