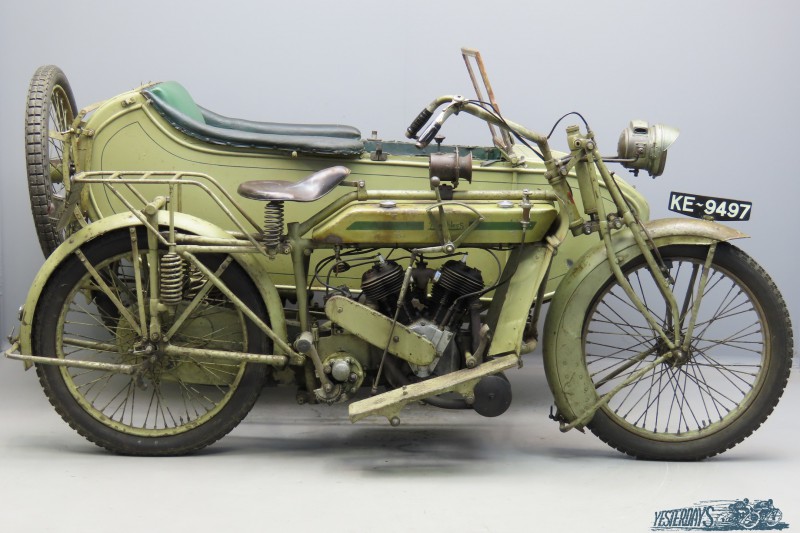 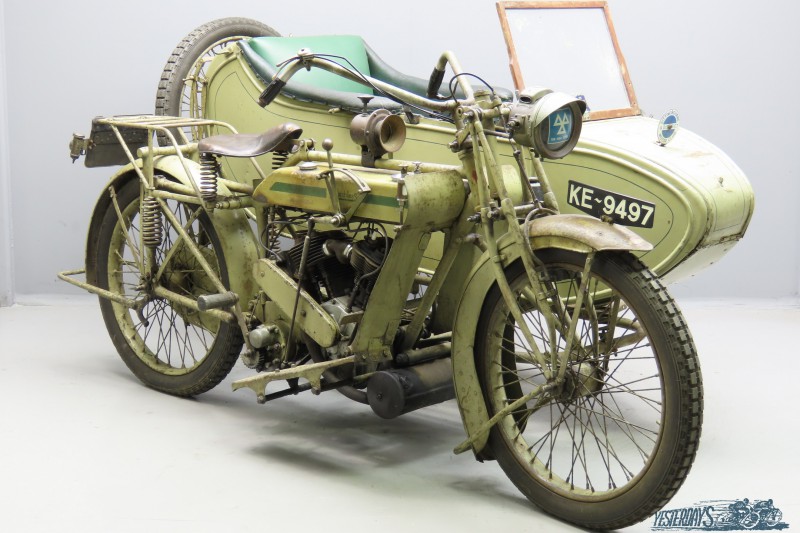 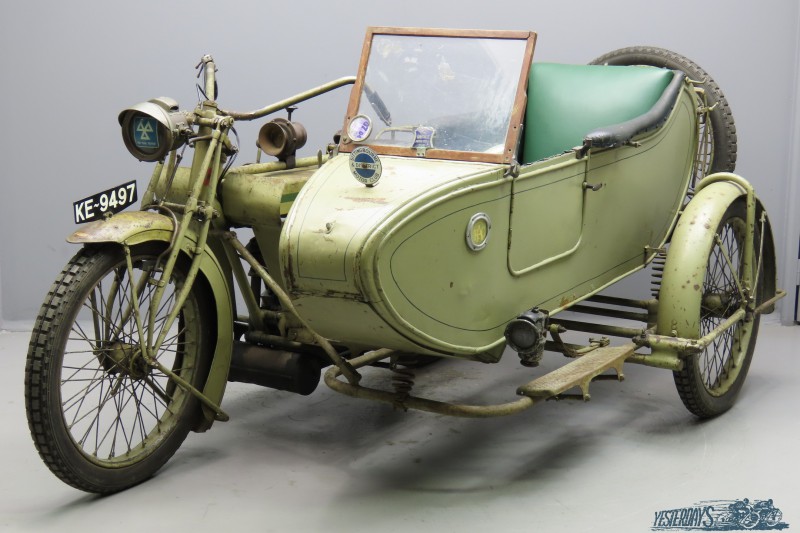 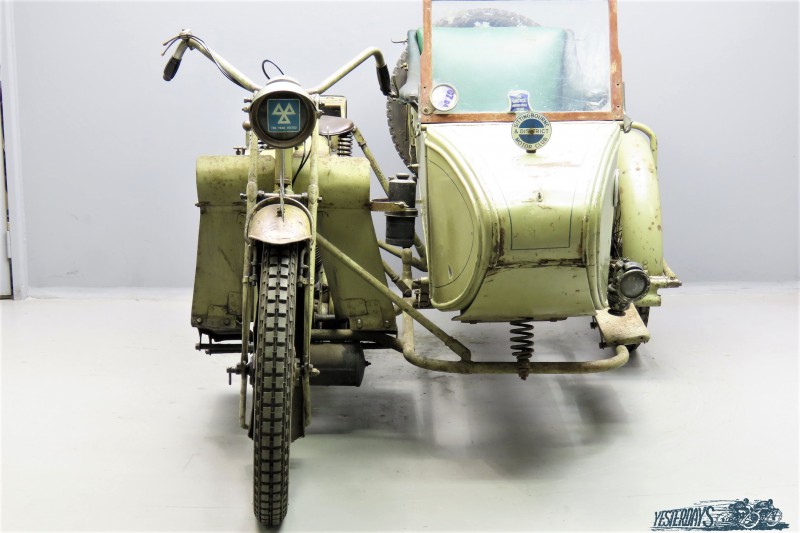 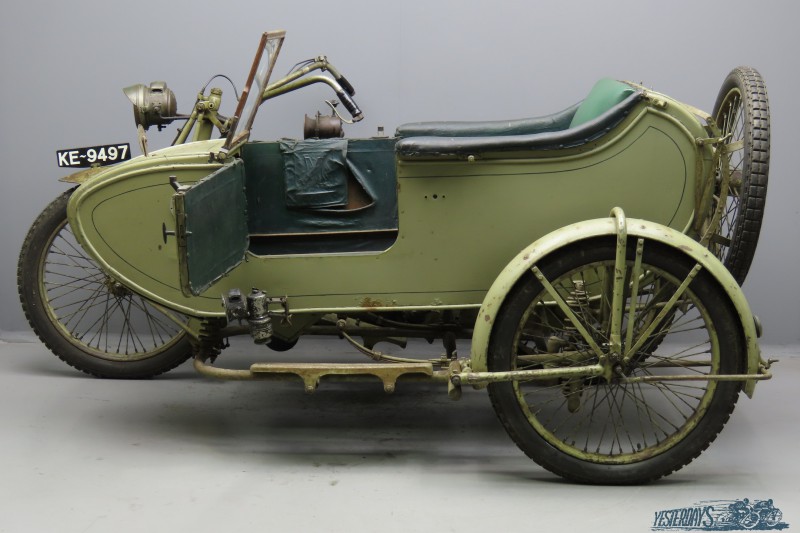 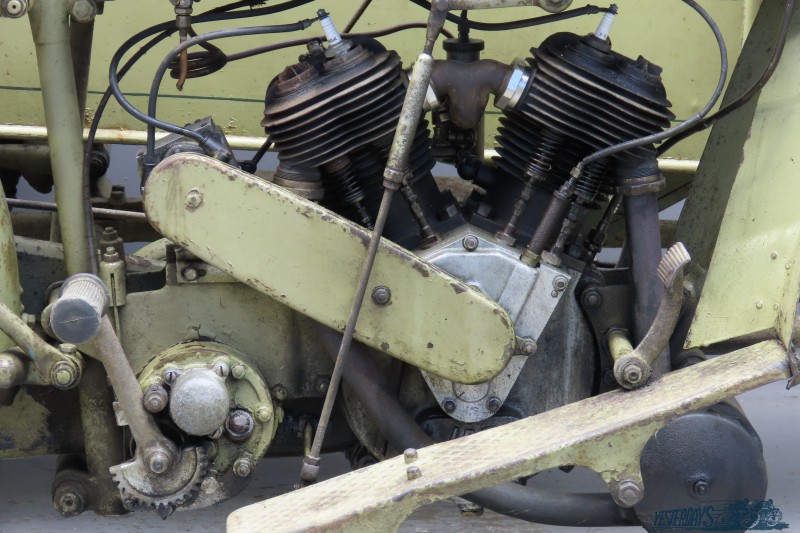 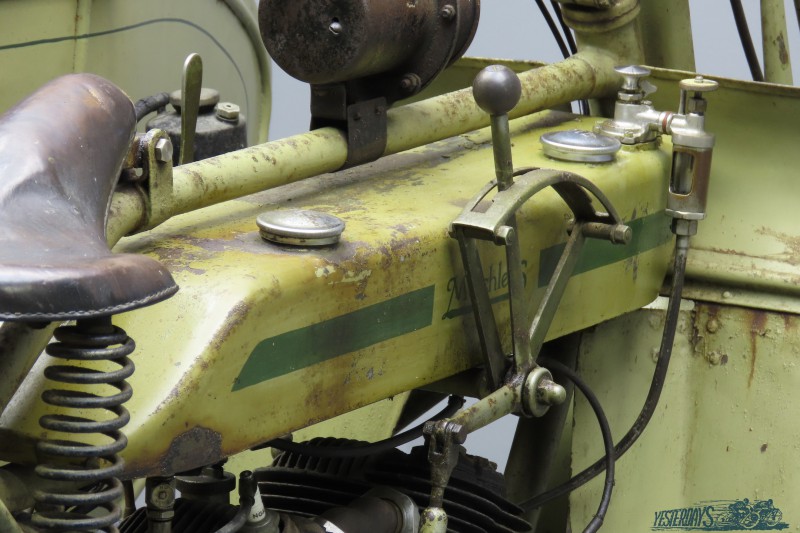 When civilian production recommenced after WWI, the Matchless company designed a model especially suitable as a sidecar machine, the model “H”.
The H/1 was equipped with a JAP engine, the H/2 was propelled by a Swiss MAG power source.
The Model H was unusual in being offered as a motorcycle combination only, with integral sidecar chassis, sprung sidecar wheel, swinging-arm rear suspension and electric lighting.
Further specifications were fully enclosed front and rear chains, interchangeable wheels, leg shields, pressed-steel footboards with corrugated top and foldable luggage rack with spare wheel.
This Matchless is equipped with the well-known, sturdy 976cc JAP V-twin side valve engine and the 3 speed cylindrical gearbox is of Matchless’ own design.
In “The Motor Cycle” of December 1, 1920 we read: ”The Matchless combination remains practically unchanged for the coming season, the 1920 design having given unqualified satisfaction during the last 12 months.
One little point we were pleased to note, however, was a material increase in the hub bearings. (…) They are possibly the most massive hubs in the show, and should stand up to the worst possible treatment in this country or any other.” One of the most capable motorcycle combinations of its day, the Model H lasted in production until 1927.

This combination was first registered on May 9, 1922 in Kent and seems to have had only a few owners.
The one-but last owner bought the H/1  in 1970, probably in restored condition.
In 2003 it changed hands again but it apparently had been neglected so that the paintwork had deteriorated in a number of places which gives the machine a characteristic patina.
It hadn’t run for a long time but prior to its sale it was fired up with fresh fuel and ridden and the engine sounded well.
This well-built vintage means of family transport is fitted with Lucas acetylene lighting system and Klaxon horn.