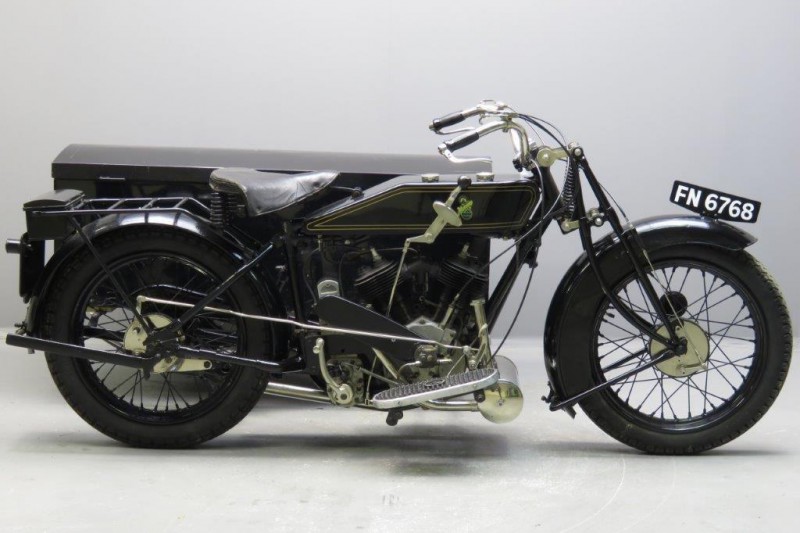 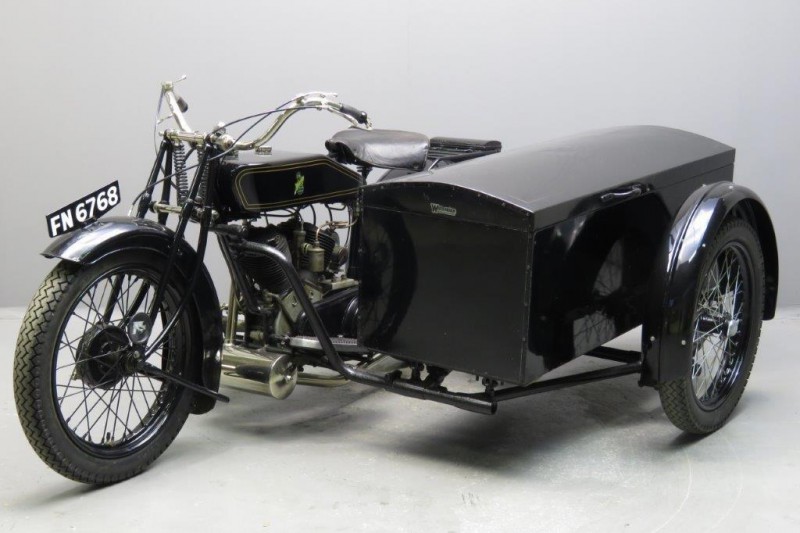 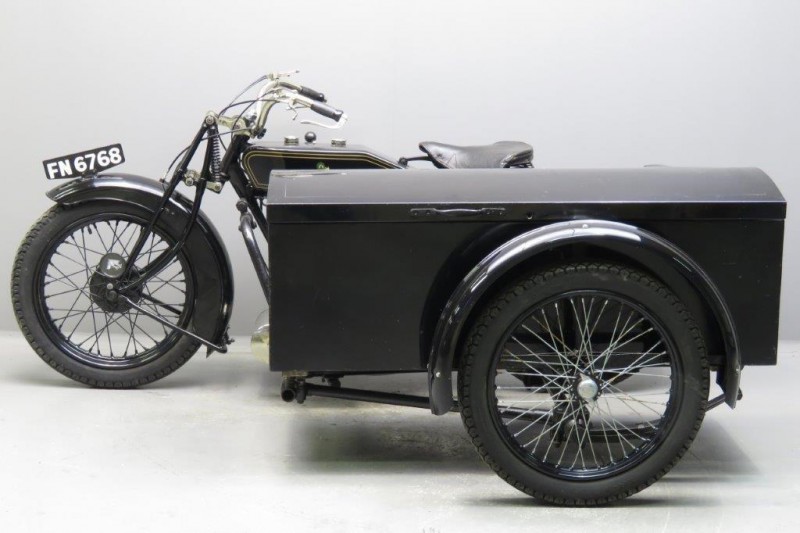 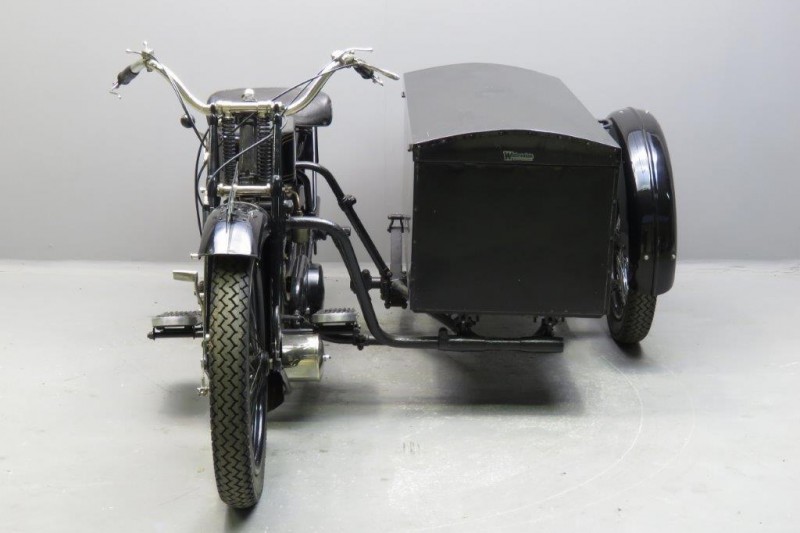 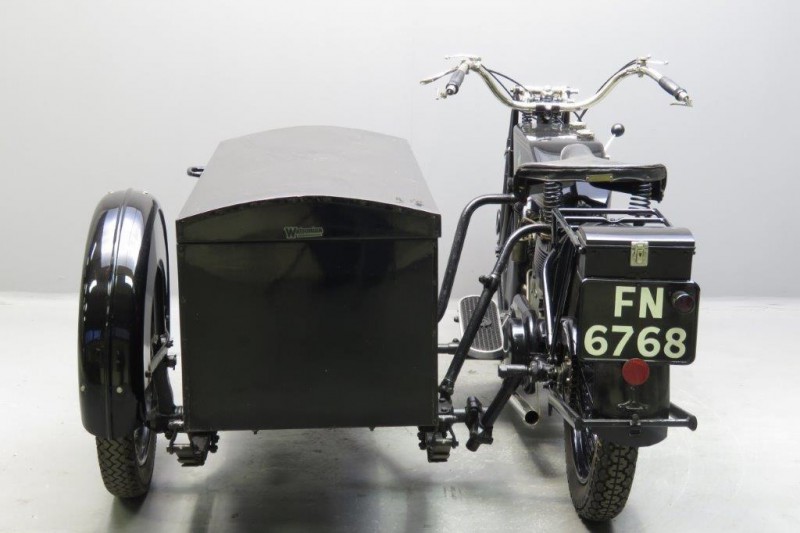 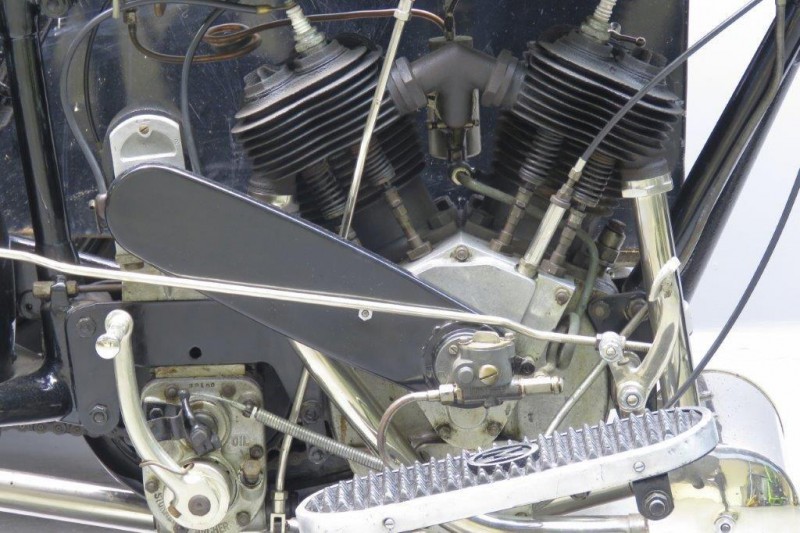 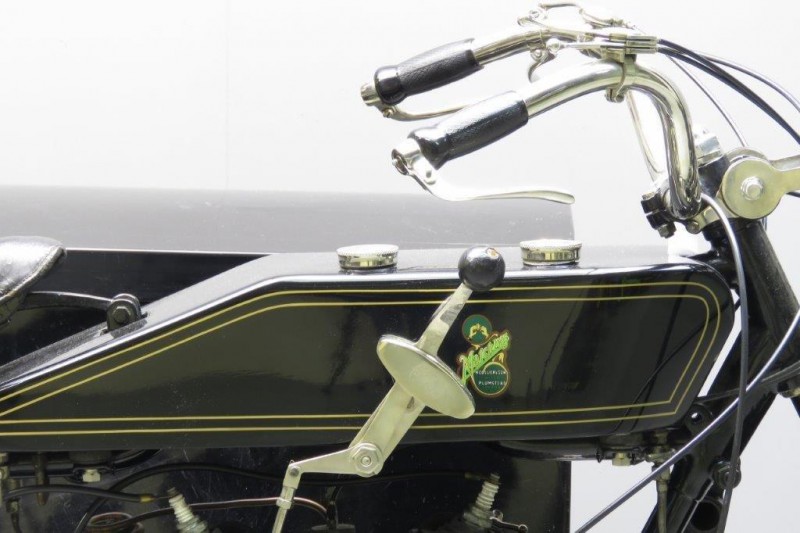 The first Matchless motorcycle was made by the Collier brothers in 1899.
In 1907 the Isle of man TT races in the single cylinder class were won: after a second place in 1908 victories were gained again  in 1909 and 1910, proving that the machines were matchless indeed. After WW I the company designed a model especially suitable as a sidecar machine, the model “H”. Both  JAP and MAG engines were used as power sources, and  modern features included electric lighting and coil spring rear wheel suspension.
These combinations were very reliable and many were in use throughout the twenties and thirties.  The  model  we offer here is the successor of the “H” and  was available in 1924 with 976 cc JAP  (“M/3”)  or 992 cc MAG (“M/4”) engine.
A notable feature of this model is the saddle tank, quite ahead of its time in 1924.
The sidecar is believed to be a Watsonian, and has an aluminium
body .
With the machine comes a letter(dated 1994) regarding
a c.1949 RAC sidecar as fitted to Royal Enfield, which is believed to refer to the sidecar currently attached to this Matchless.
This combination has been restored some time ago.