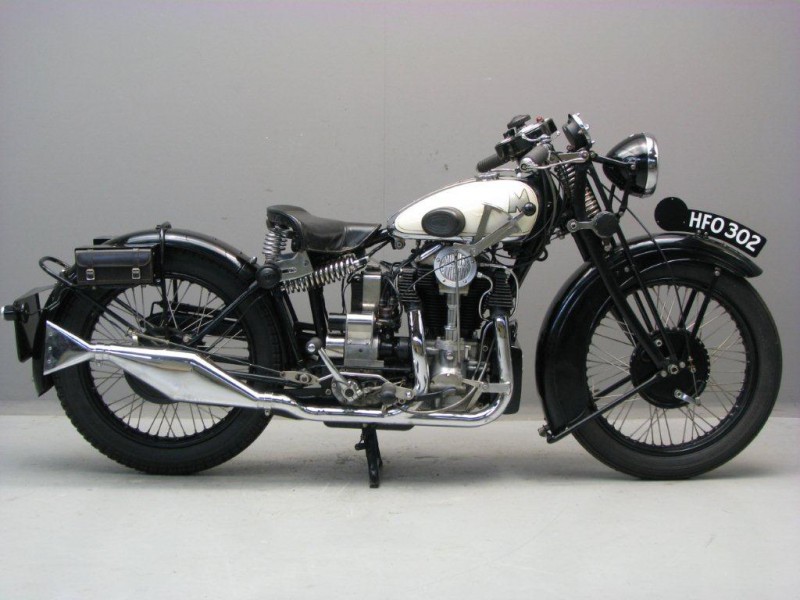 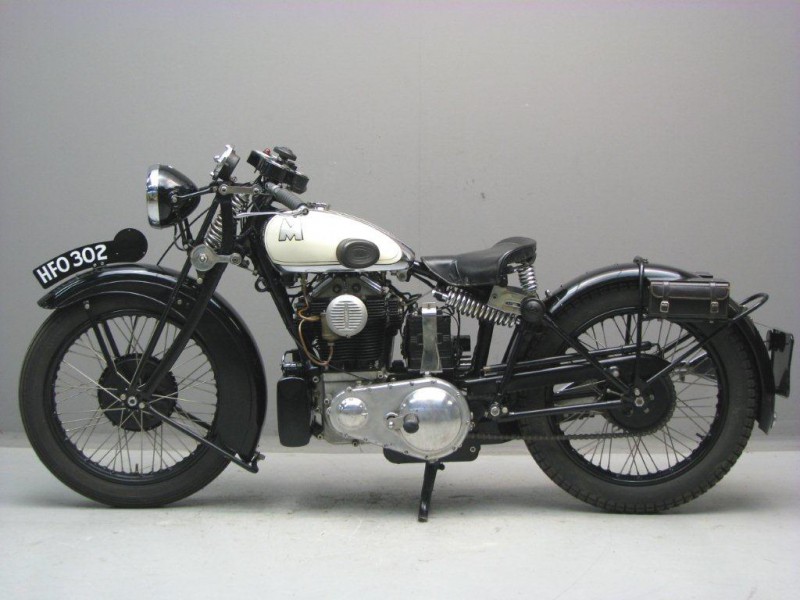 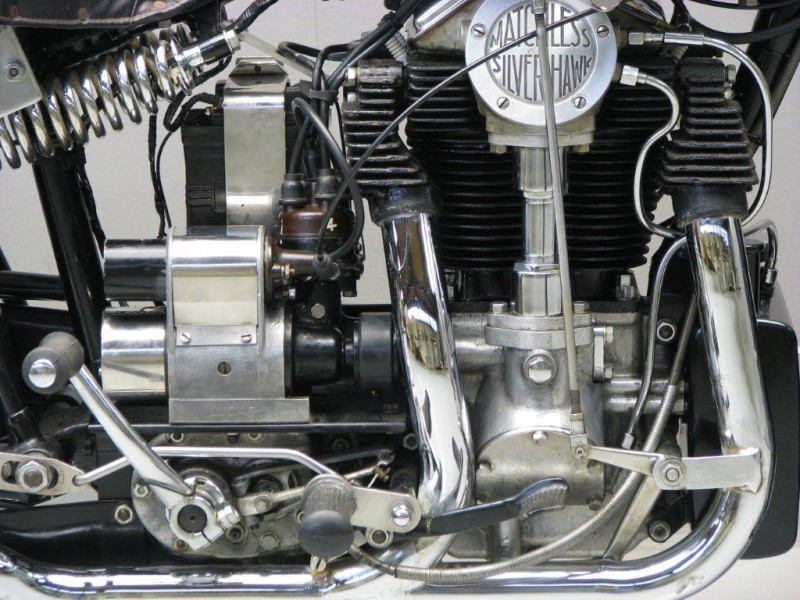 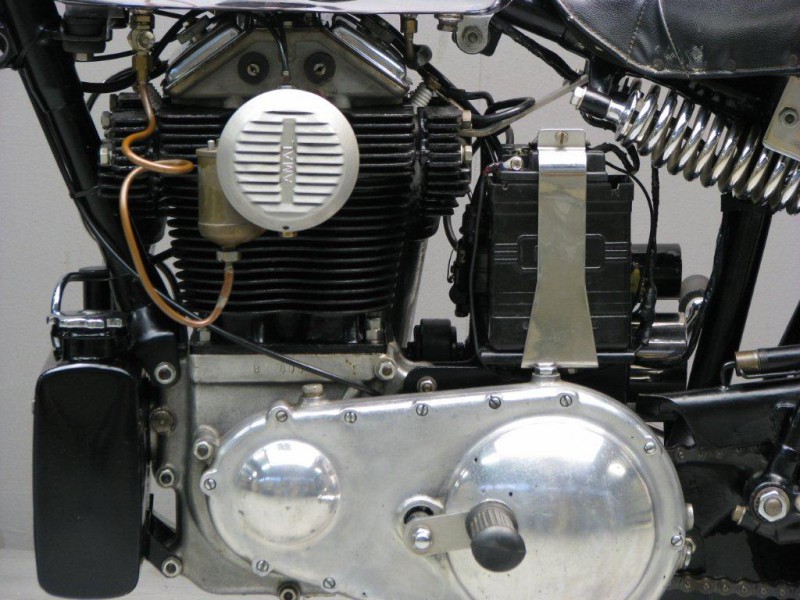 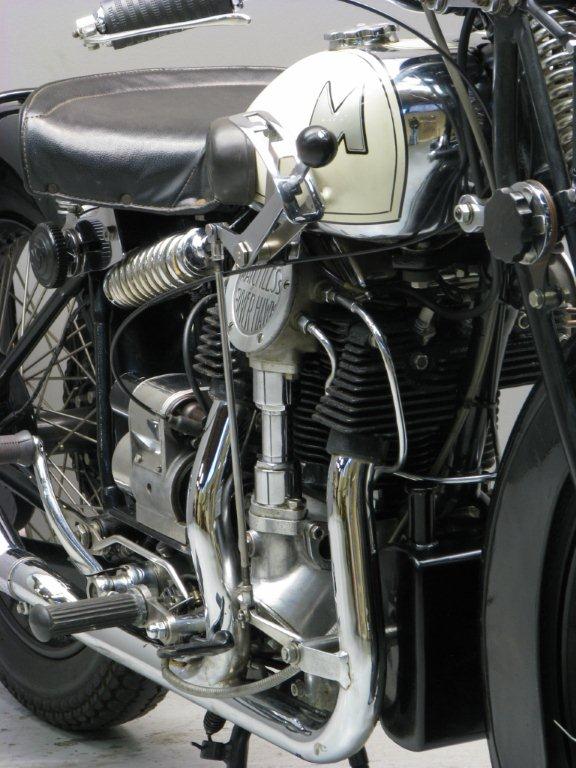 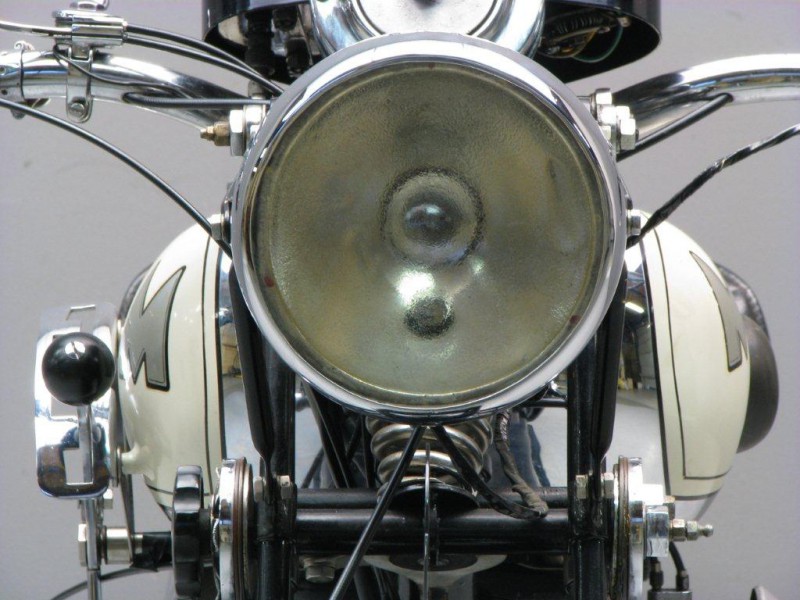 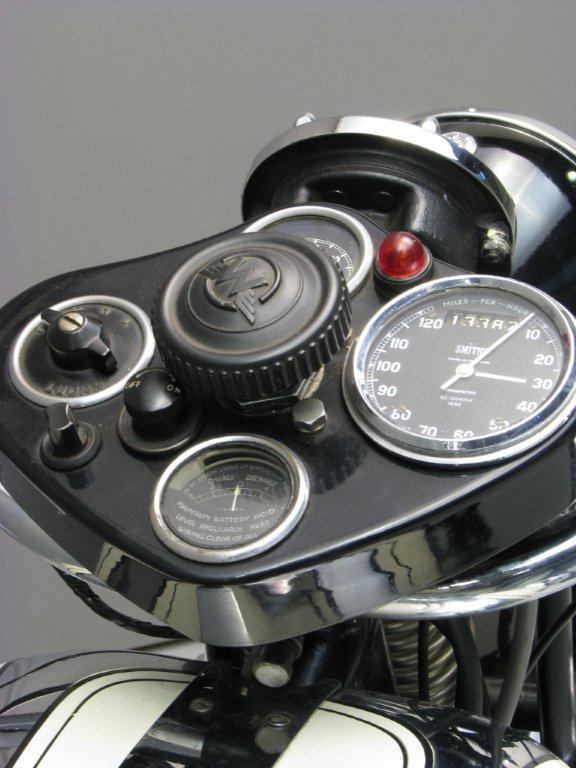 The year 1930 was  dominated by a severe economic depression, yet the Motorcycle Show at Olympia, held  from 10 – 15 November, witnessed the launch of not one but two four-cylinder models aimed at the very top of the market.
The ultimate fates of the two newcomers would turn out to be very different however. Ariel’s offering – the Square Four – would enjoy a lengthy production life lasting into the 1950s, whereas the rival Matchless Silver Hawk would be gone within five  years.
The silver Hawk  owns more than  a little to the same company’s innovative 400 cc  Silver Arrow narrow angle V-twin of a year earlier.
The engine arrangement is equivalent to two Silver Arrow engines set side by side, but whereas the twin has side valves and a leisurely  manner of going, this new four boasts bevel drive to an overhead camshaft and all the performance that most riders of the day  can  handle. Positioned with its crankshaft across the frame, the engine is particularly neat, all four cylinders being cast in one unit, the crankcase compact and sturdy.
The primary drive utilizes a duplex roller chain and runs  in an oil tight light alloy casing, the chain being tensioned automatically by spring steel blades on both top and bottom runs. This system is produced under Weller patents.
A Lucas  dynamo-coil-distributer mounted above the 4 speed Sturmey Archer  gearbox attends to sparks, lights and battery charge.
The machine has a “Matchless “ patent spring frame with cantilever rear suspension and instantly adjustable shock absorbers which can be adjusted while the machine is in motion.
The company claims a power output of approximately 26 B.H.P.
The  chromium plated tank and white  side panels give the machine a luxurious appearance. Alas, being expensive to make and introduced at the wrong time, the Silver Arrow fails to sell despite its mouth-watering specification and is quietly dropped in 1935.