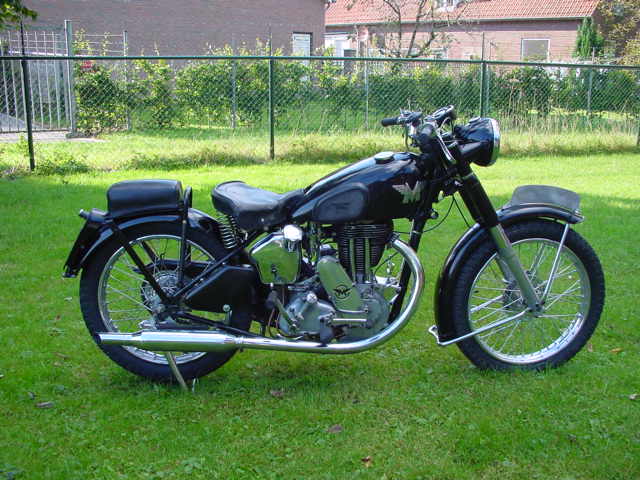 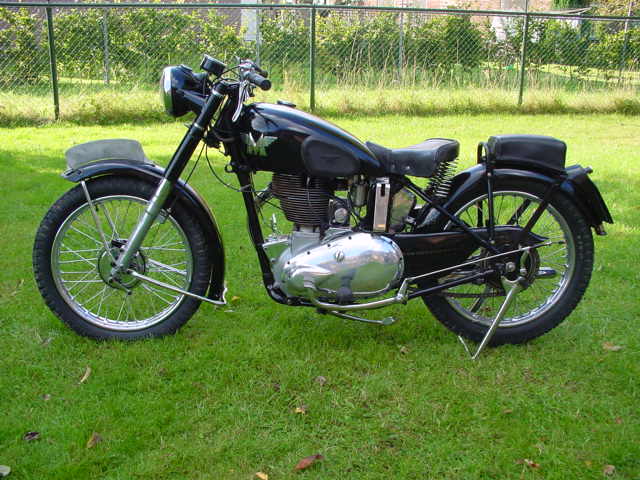 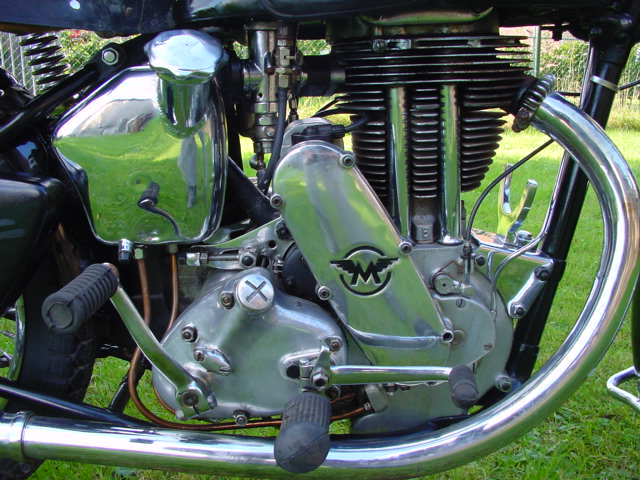 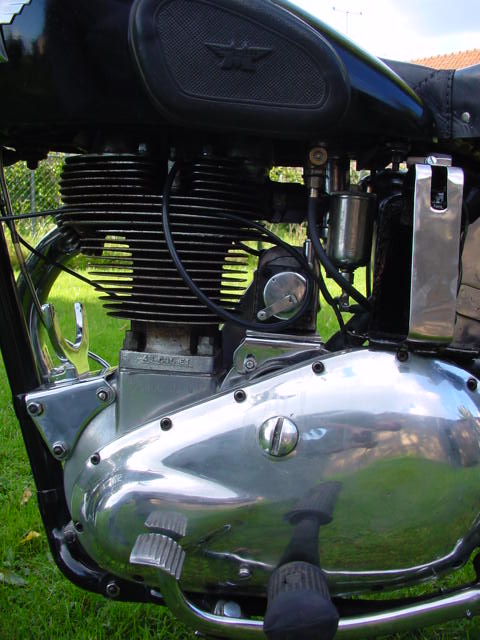 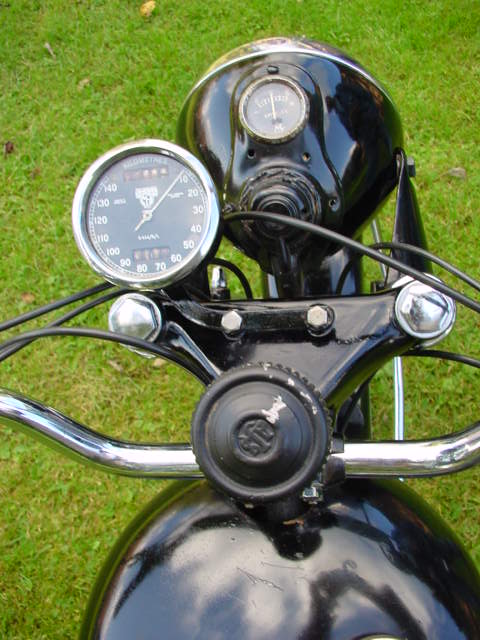 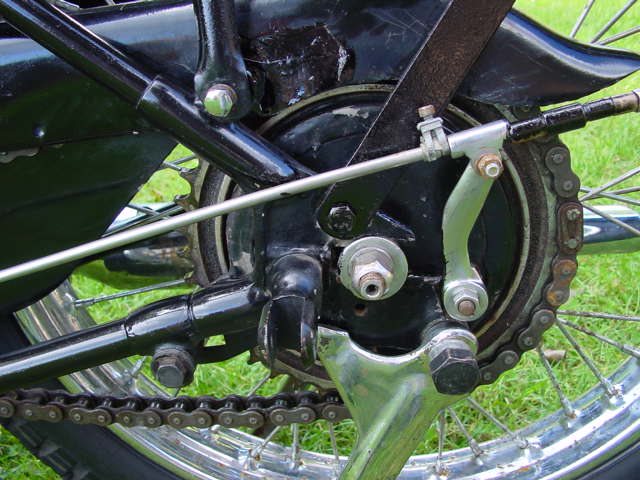 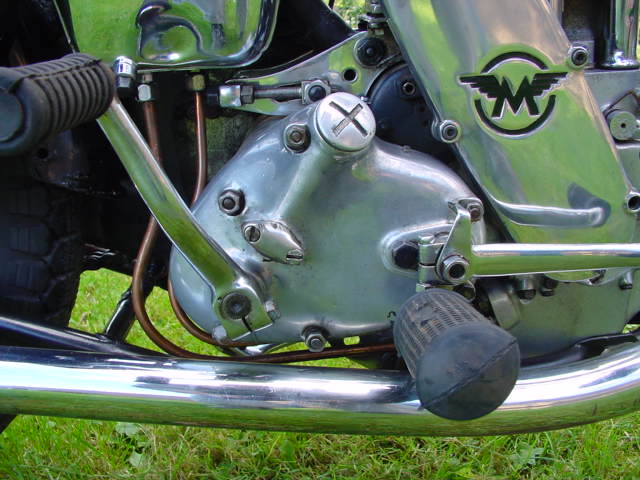 The 500 cc G80  (engine dimensions: 82.5 x 93 mm) first appeared in 1936.
It had a twin port head, dry sump lubrication, exposed valves with hairpin springs, Burman gearbox  and a frame having twin down tubes.
At the outbreak of the war some of these features had changed: single down tube frame, single port head and full enclosure for its hairpin springs were now specified on the G80.
During WW II Matchless concentrated on the production of the 350 cc G 3 L, the G80s smaller brother, which was fitted with the famous “ Teledraulic” patented fork since 1941.
More than 80,000 G3Ls earned fame all over the globe in wartime service.
The first post-war G80 models appeared in very limited numbers in the autumn of ’45, with very little bright plating, but equipped with the ultra-modern “Teledraulics” up front.
This example is equipped with a later cast-alloy  primary chaincase; surely an improvement over the rather leak-prone steel case that was “ sealed”  by a rubber band .