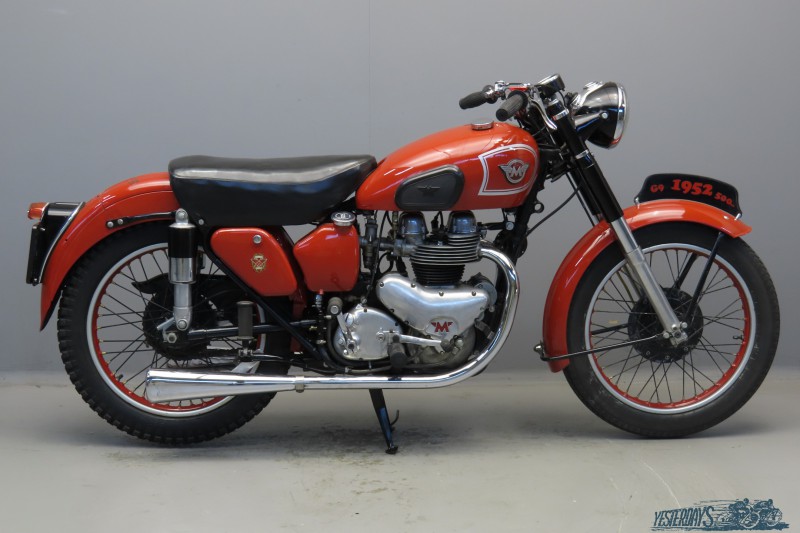 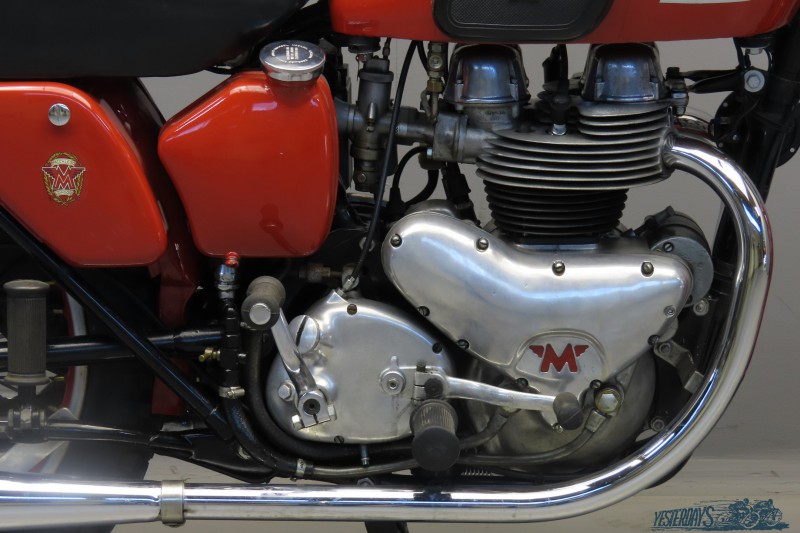 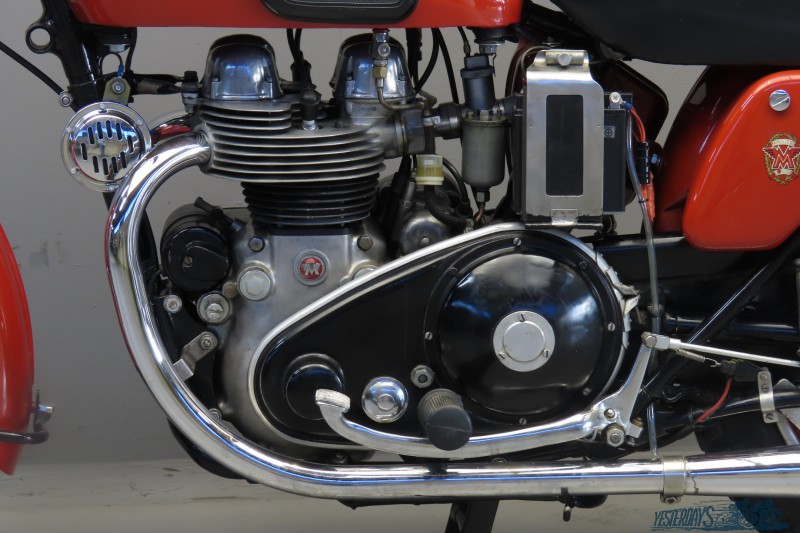 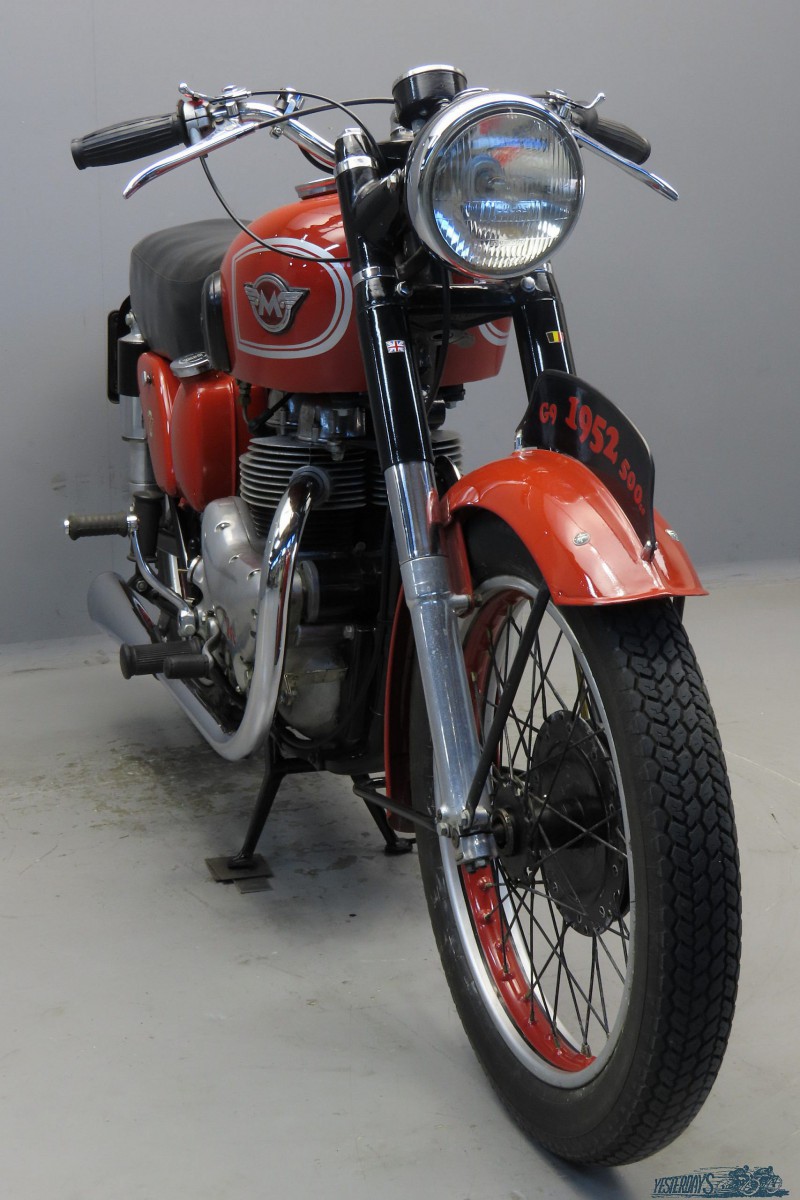 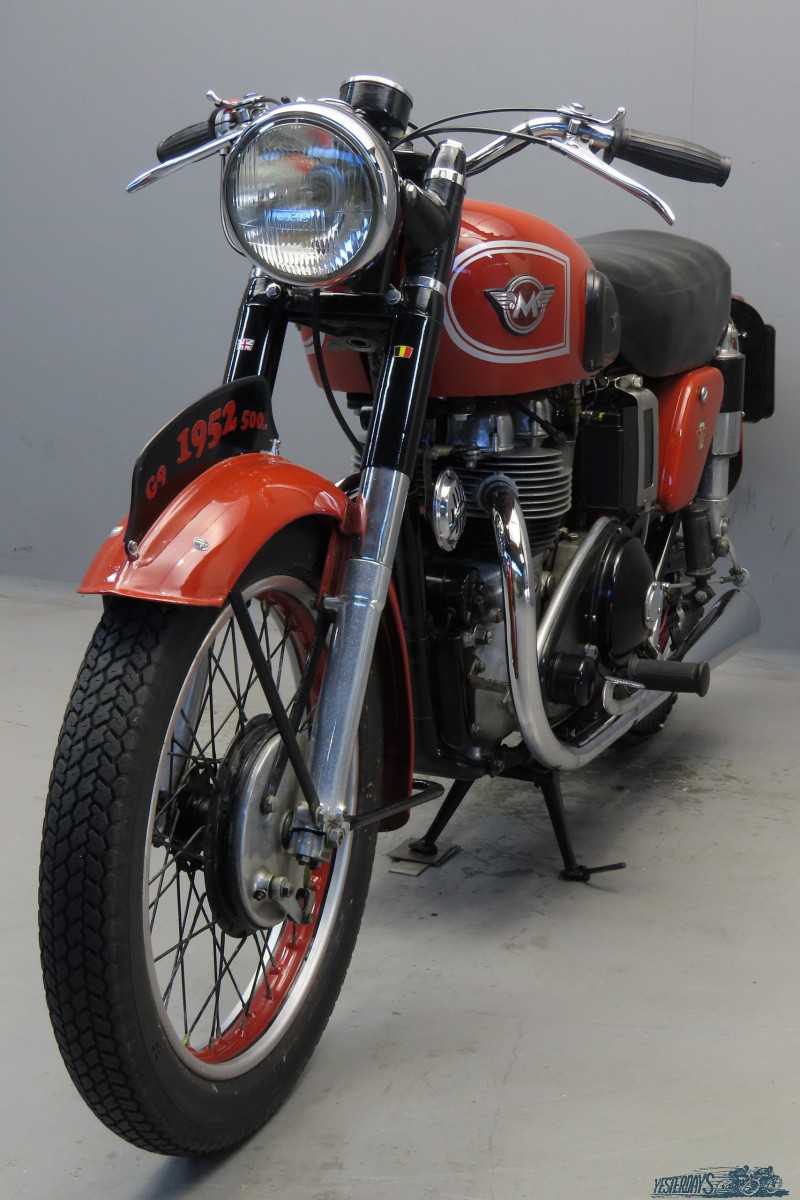 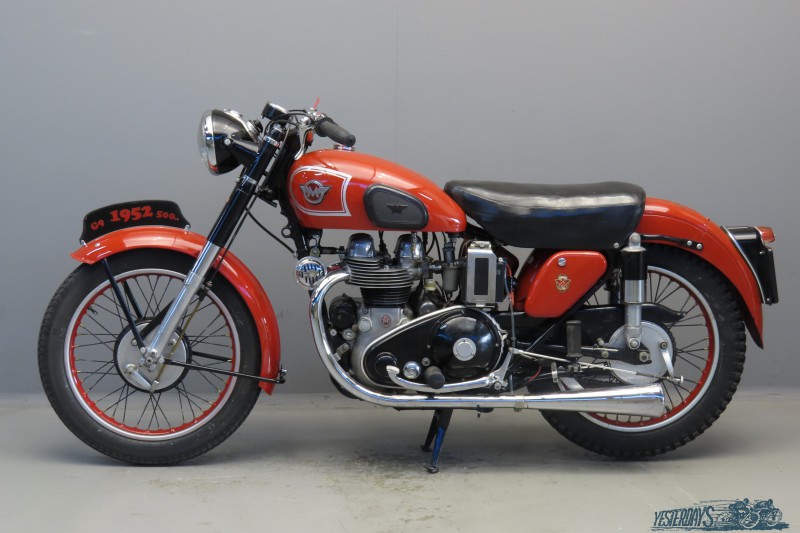 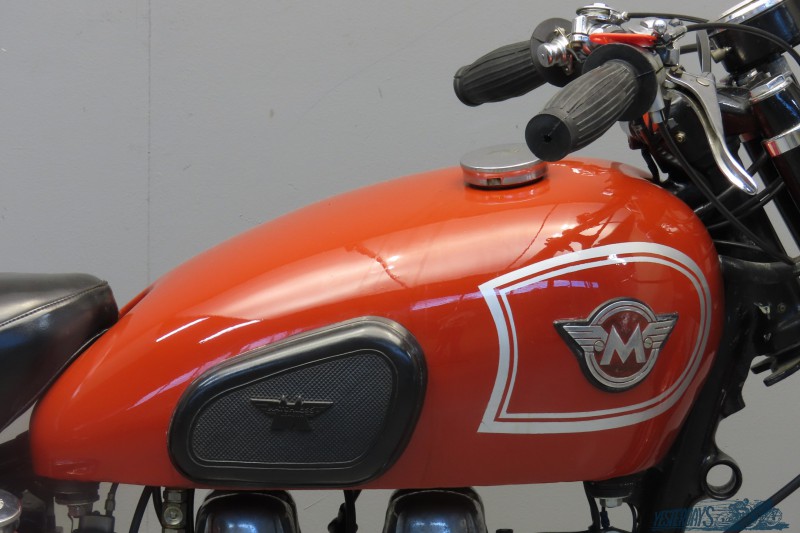 After the introduction of Triumph’s very successful Speed Twin shortly before the war it became clear that the parallel twin was going to be a winner. BSA put its 500cc A7 model in production in 1946 and after that also Royal Enfield and Associated Motor Cycles came out with parallel twins. The AJS and Matchless machines were fairly identical: bore and stroke were 66×72.8mm and the machines had a power output of about 30bhp at almost 7000rpm.

The Matchless G9 and its equivalent the AJS Model 20 that were introduced for the 1949 model year followed the established pattern of British parallel twins but were unusual in having a third, central, crankshaft main bearing. The new 498cc engine was housed in a sprung frame and the machine was standard fitted with a buddy seat. Progressively developed, the motor underwent a number of capacity increases, finally arriving at 646cc in 1958 with the launch of the AJS Model 31 and Matchless G12. Like those of its major rivals, AMC’s original 498cc offering would remain the sweetest of the many larger alternatives. Production of the 498cc models ceased in 1961 and that of the 650s in 1966. Well-finished, stylish and deservedly popular, the AMC twins were much missed after their demise. It is interesting to record that AMC never made a plunger spring frame in the post war period, choosing to go directly from rigid rear end to swinging arm. While the AMC twins were overshadowed by the more glamorous twins from Triumph, BSA and Norton, AMC owners learned to appreciate their machines’ superior quality and handling.

The G9 has a compression ratio of 7:1 and weighs about 180kg. The petrol tank holds 13.6 litres and there’s a four-speed gearbox on board. This well-kept older restoration G9 comes with Smiths 140km speedometer and is registered for the road.