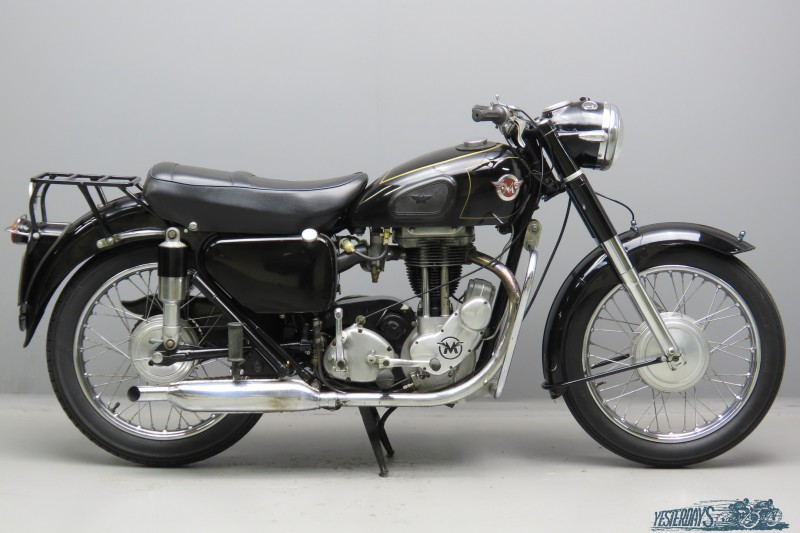 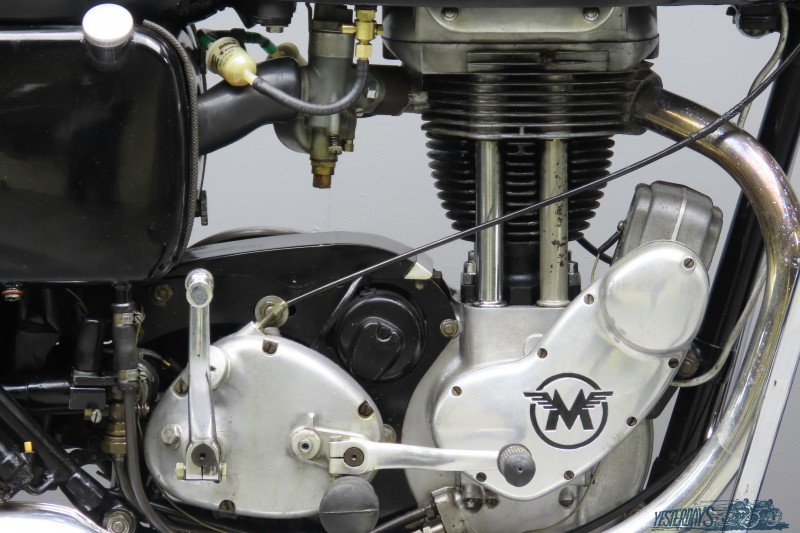 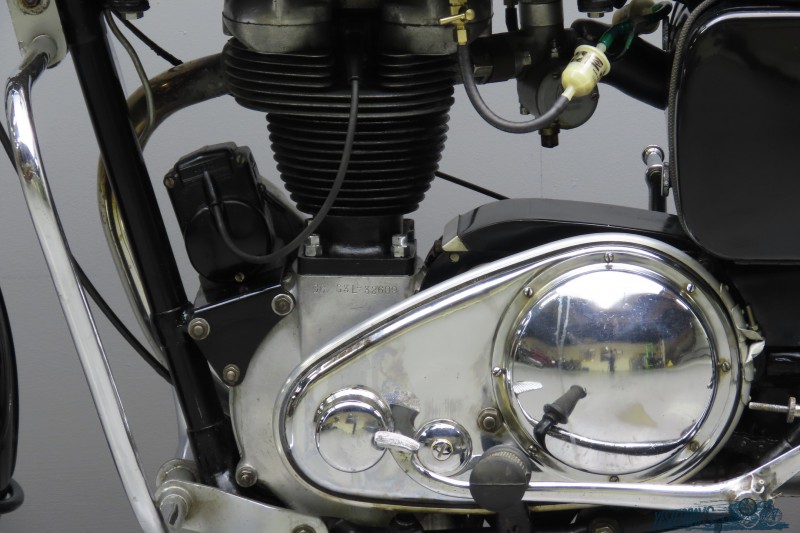 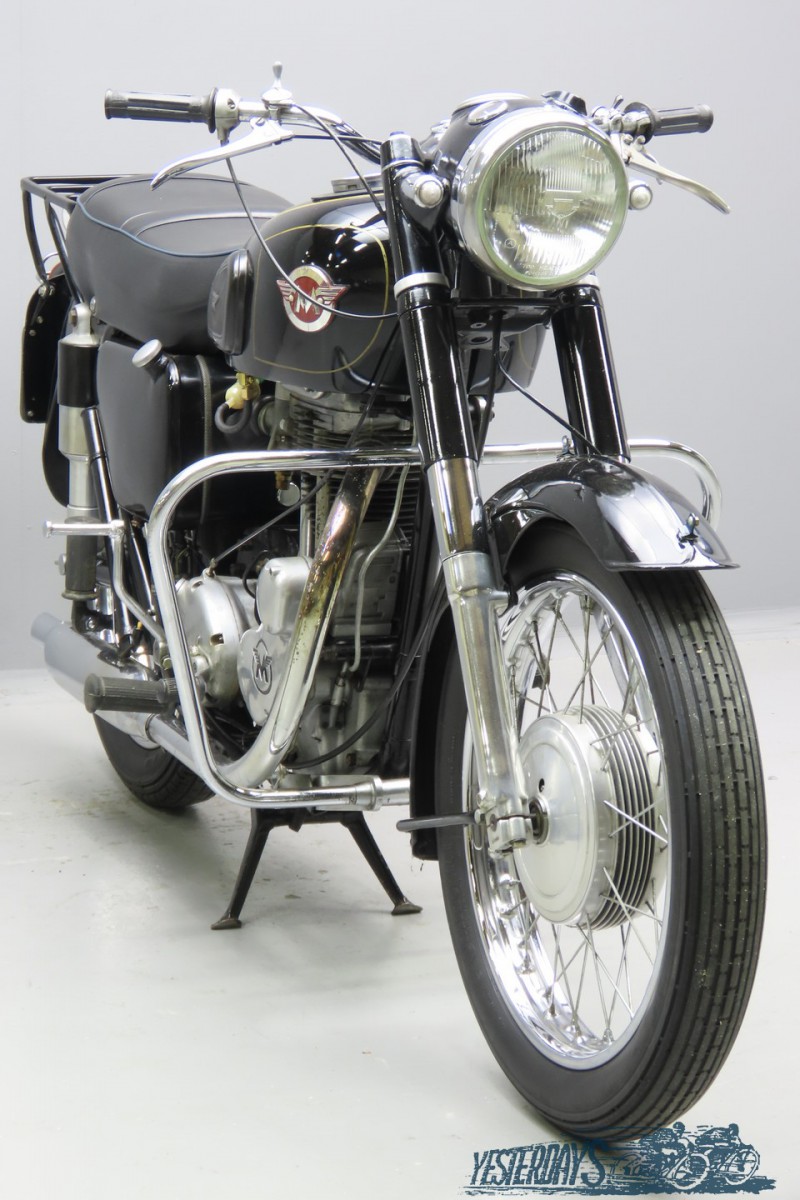 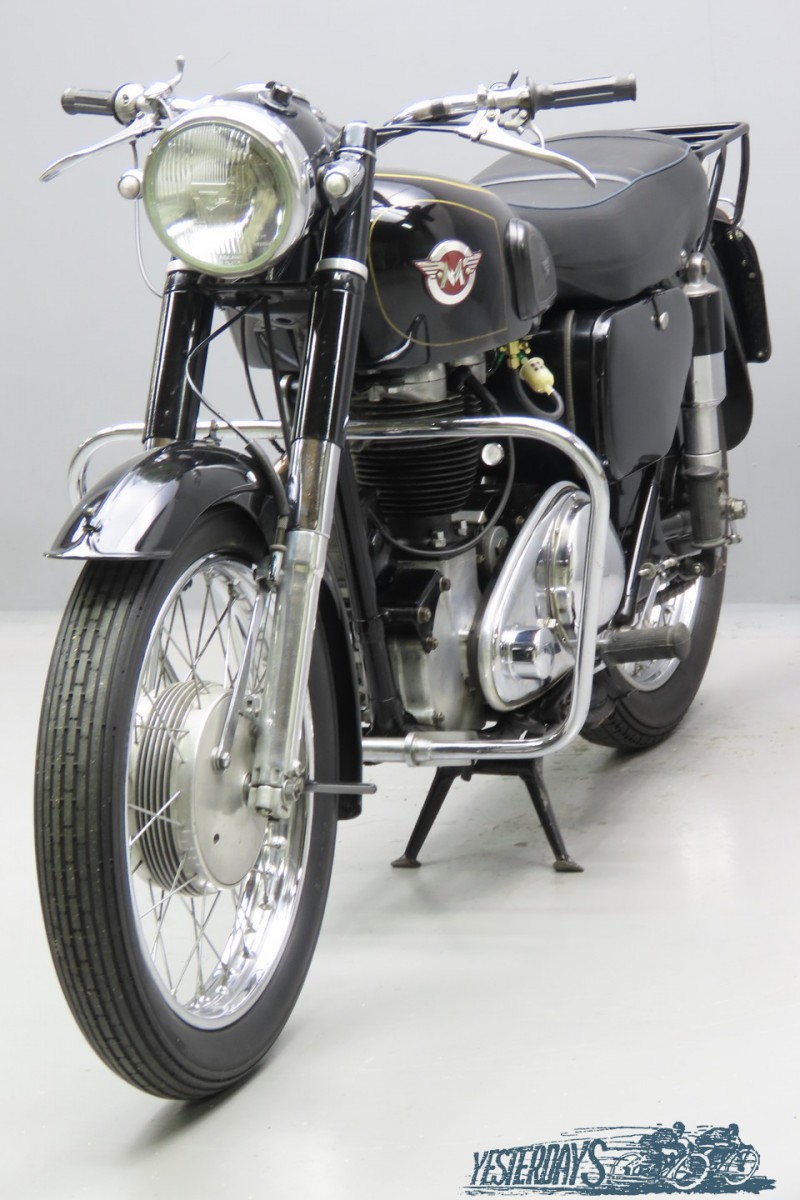 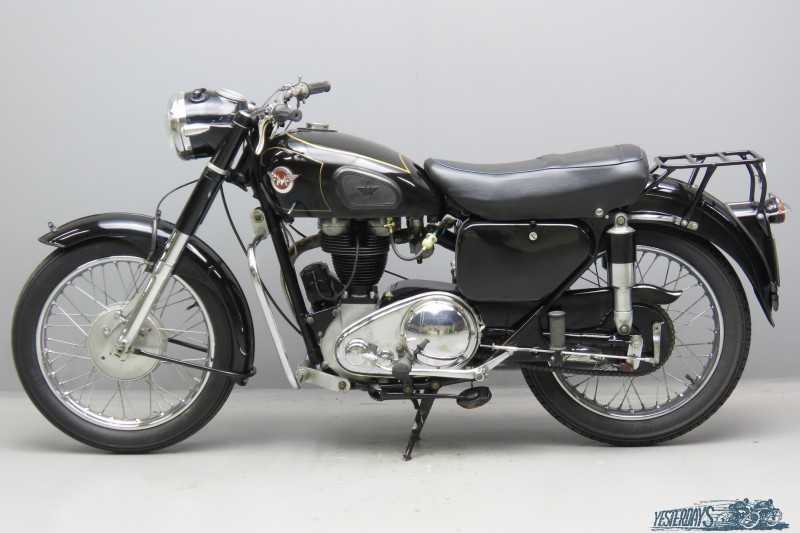 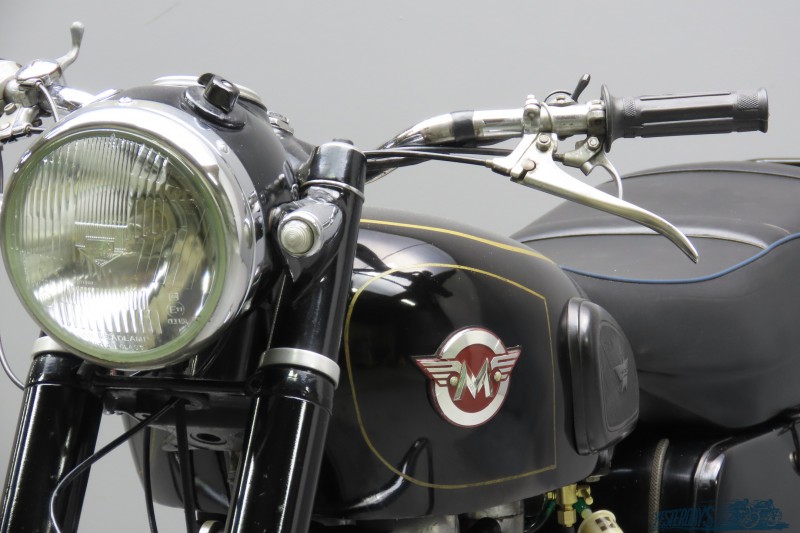 In 1936 the G3 (350) and G80 (500) models were brought out, sharing the same cycle parts and many engine parts.
During the war many G3 and G3L machines offered stalwart service.
The models were developed year after year and continued after the war, when the G3LS was introduced: the G3L rigid model has no rear suspension whereas the G3LS has ‘jampot’ rear suspension,
so called because of the looks of the damper units.
The typical British 350 of the 1950s was not likely to be anyone’s first choice as a fast sports bike.
Rather, these honest, workaday mounts were chosen for other reasons, chiefly their inherent strength, dependability, and economy.
Associated Motor Cycle’s offerings in this important market sector were the Matchless G3L /G3LS and AJS Model 16, models identical in all essential respects with the exception of tank badge and magneto position. The model G3LS stayed in production till 1960.
The well-handling, comfortable and sturdy G3LS is a reliable and economical motorcycle.
This specimen is an older restoration.
She’s running fine and comes with chromed primary drive cover and practical luggage rack.