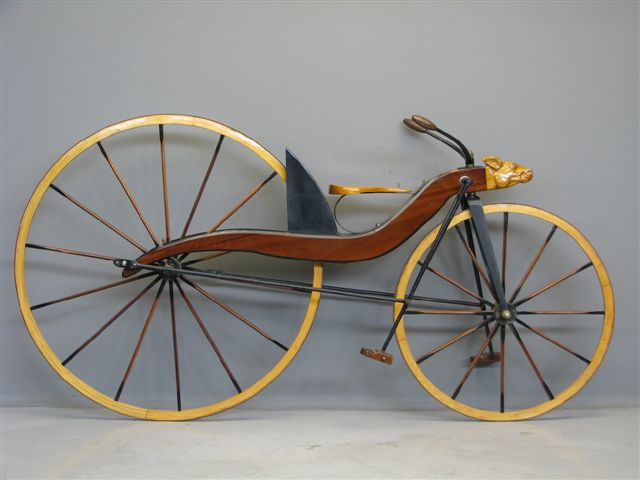 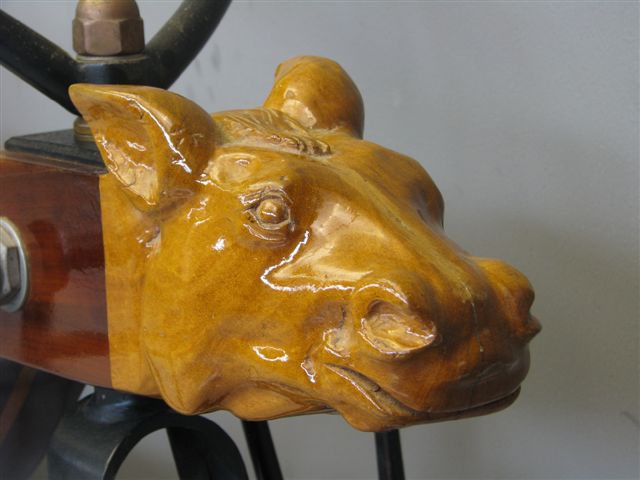 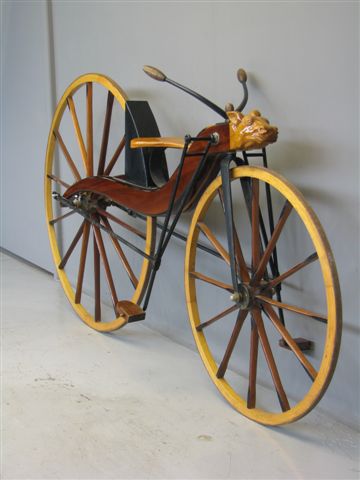 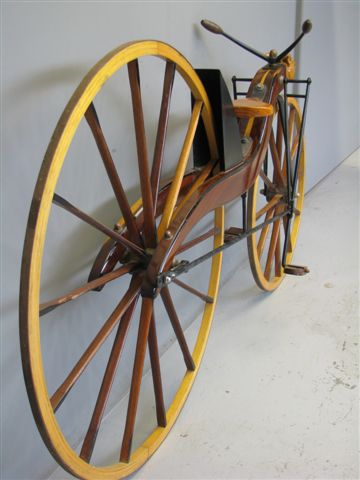 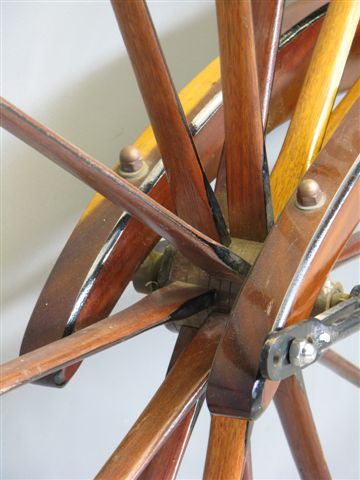 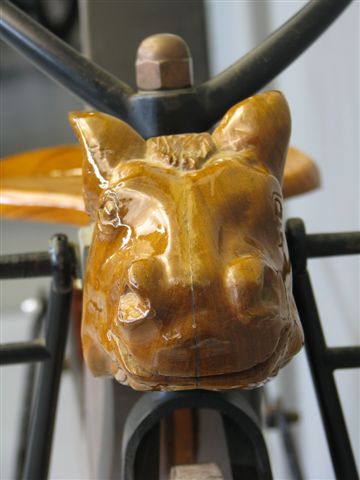 First two-wheeled cycle with mechanical means of propulsion.
Front wheel: 3’3" diameter, rear wheel: 43" diameter.
Distance between axles: 48 1/2". C.1839.
According to the research of his relative James Johnston in the 1890s, Macmillan was the first to invent
the pedal-driven bicycle .
Johnston, a corn trader and tricyclist, had the firm aim, in his own words  "to prove that to my native country of Dumfries belongs the honour of being the birthplace of the invention of the bicycle".
Macmillan allegedly completed construction of a pedal driven bicycle of wood in 1839 that included iron-rimmed wooden wheels,
a steerable wheel in the front and a larger wheel in the rear which was connected to pedals via connecting rods.
A Glasgow newspaper reported in 1842 an accident in which an anonymous "gentleman from Dumfries-shire… bestride a
velocipede… of ingenious design" knocked over a pedestrian in the Gorbals and was fined five British shillings.
Johnston identified Macmillan as that gentleman.
A plaque on the family smithy Courthill reads "He builded better than he knew."
Yet MacMillan lived in Glasgow and worked at the Vulcan Foundry during the relevant period around 1840, and not at the family smithy Courthill.
Some historians who have studied the invention of the pedal-driven bicycle, state that Macmillan was not the first inventor
and that the 2-wheeled McMillan bicycle never existed in real and only existed on paper….
There is no contemporary documentary evidence that a pedal-crank design was applied to a 2-wheeled vehicle and
that letters from customers in Scotland to the Michaux company in 1868 state that all of the human-powered
vehicles there are tricycles and quadracycles.
Nevertheless, this McMillan replica is near what it could have been, if it was built in real.
The beautiful wooden costruction of the wheels and frame, using several sorts of wood
and with the horsehead carving at the very front it is a fascinating piece of bicycle history.