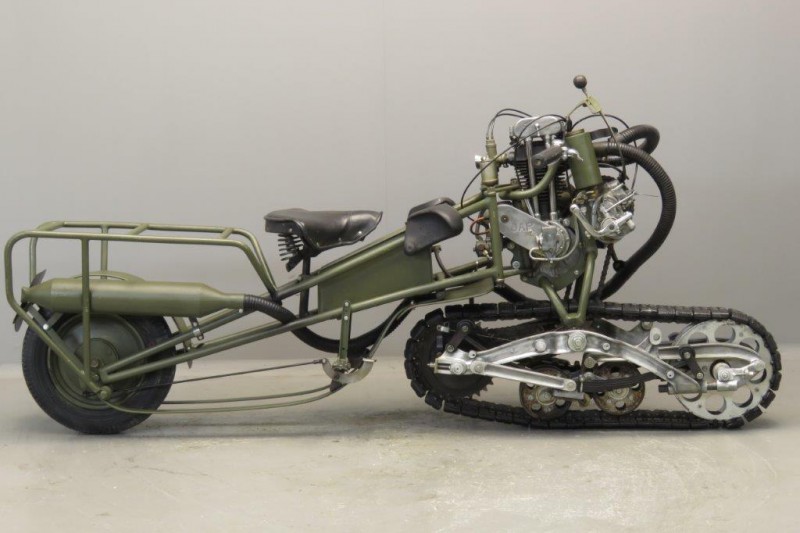 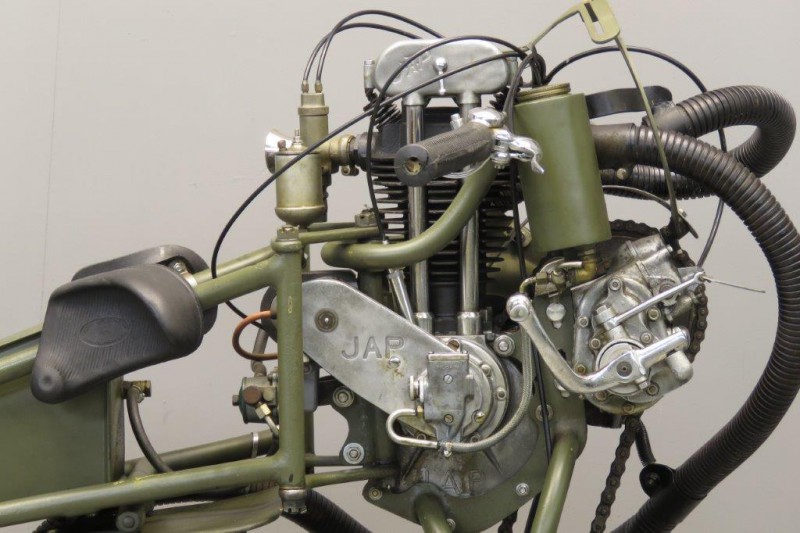 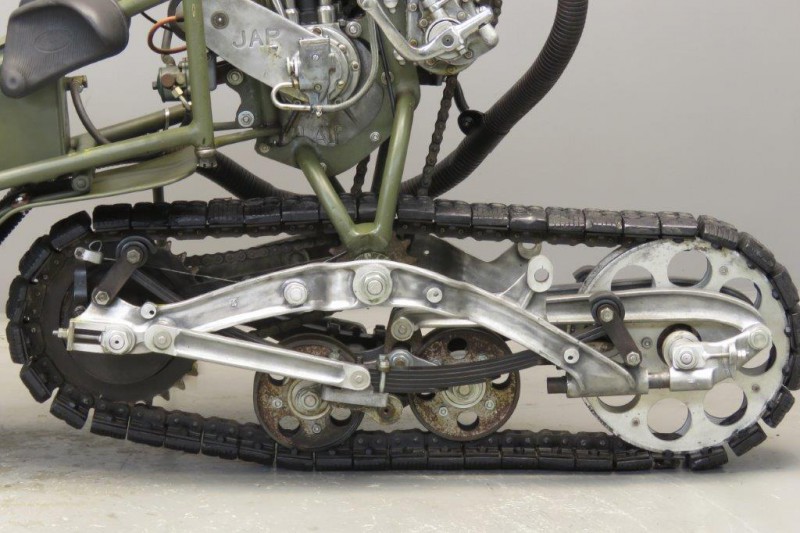 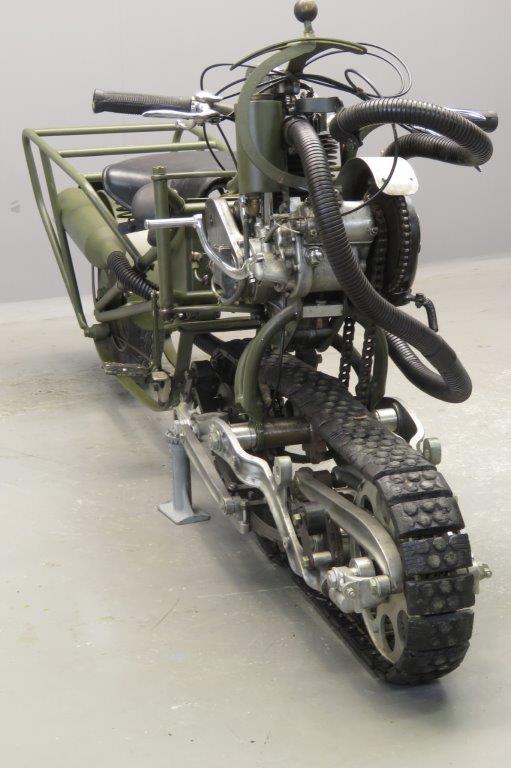 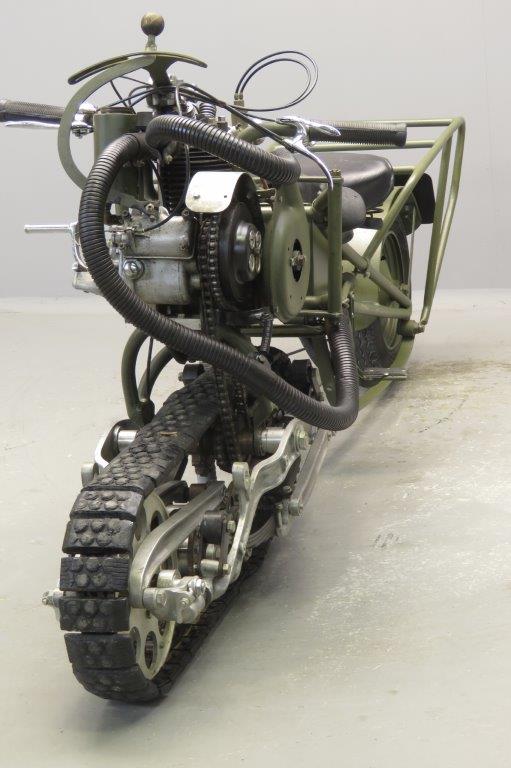 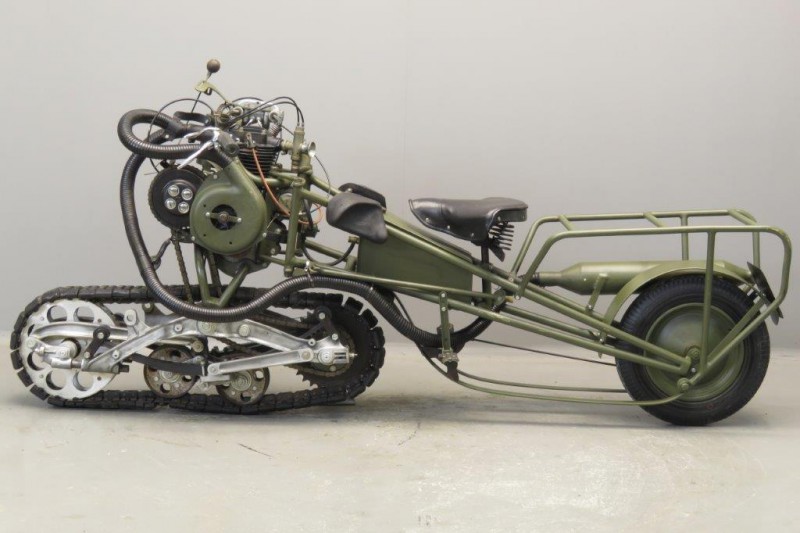 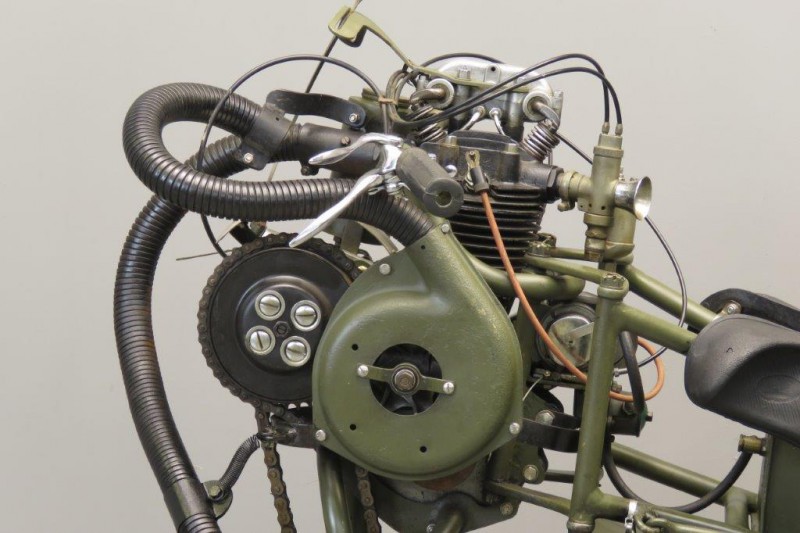 One could say, what a pity to spoil a beautiful Jap 350cc OHV Sports engine for a track driven motorcycle.
On the other hand, it might be considered as a compliment for the quality and power of the Jap product.
This “Moto Chenille” (“caterpillar motorcycle”) as the French call it, has been designed in Bois-Colombes, by Swiss inventor Adrien Mercier.
Between 1932 and 1942 he developed and build a handful prototypes.
Tested by the French army on slopes between 42% and 45% in 1937, it was deemed highly interesting but that was about is, no orders were placed.
The 350 Jap OHV Sports engine was quite powerful for a motorcycle of the time.
Starting the engine is by kick starter which can be operated while sitting on the saddle.
The hand change “Soyer” gearbox is a 3-speed with hand operated clutch.
The engine drives a fan which takes care of extra cooling of the cylinder head by means of a flexible metal hose.
This Mercier has a long tubular rear frame which supports the motorcycle saddle and fuel tank.
From the rear wheel to the front there are two skids, supporting the collapsible foot rests and these skids allow to slide over the surface if the terrain is too rough to let the 270 x 90 rear wheel touch the ground.
There is a hand operated internal expanding brake, supported by the drive wheel of the track.
The complete drive is sprung by two leaf springs at the left and right side of the tracks The bike has Duplex steering to the front.
The history of the “moto chenille” is described in detail in Motocyclettiste No. 102 of July, 2008.
This surviving example is in excellent condition and is still going strong.
With a top speed of about 40 mph it is a pleasure to “ride”.