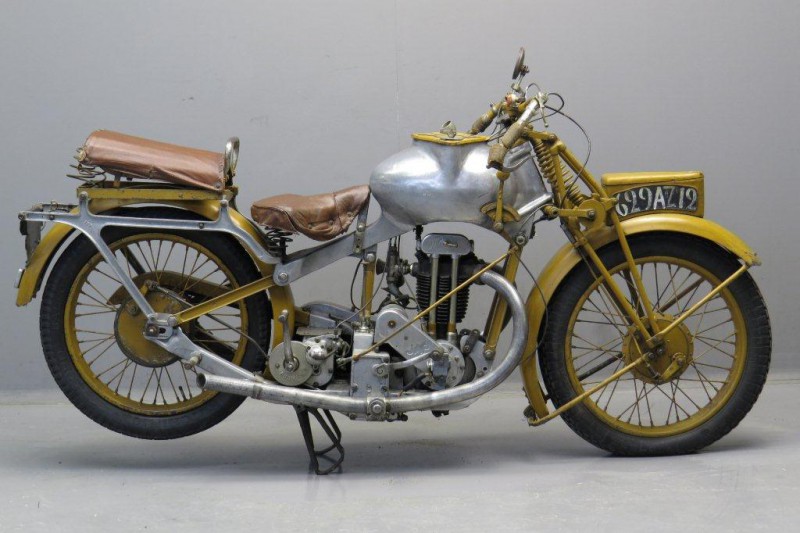 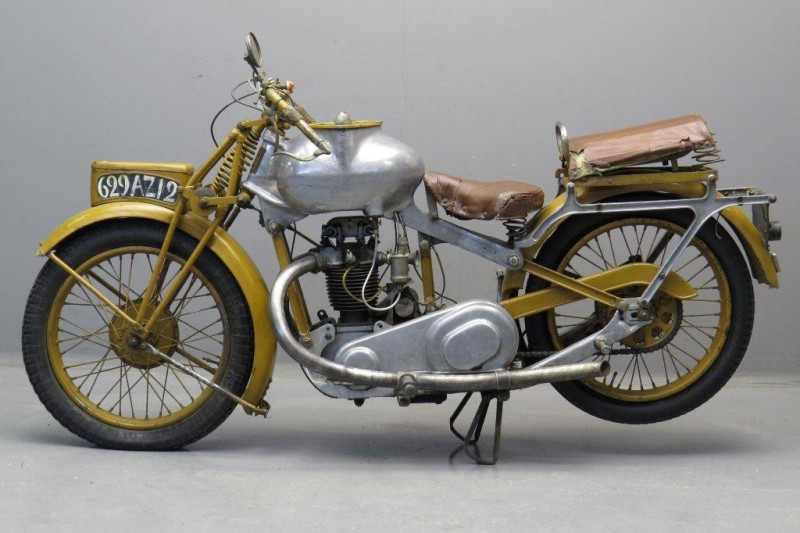 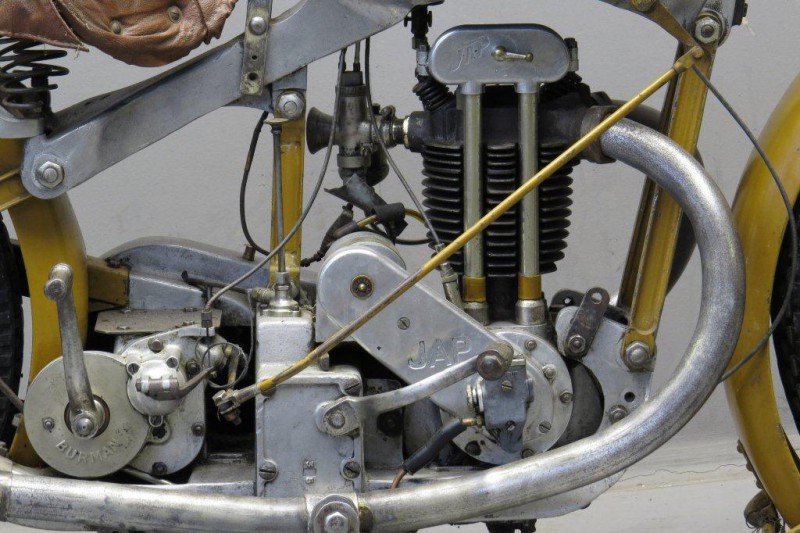 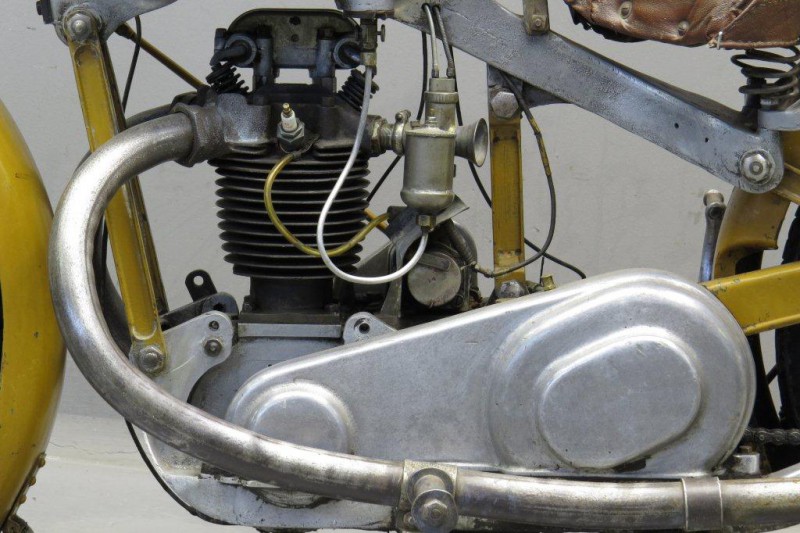 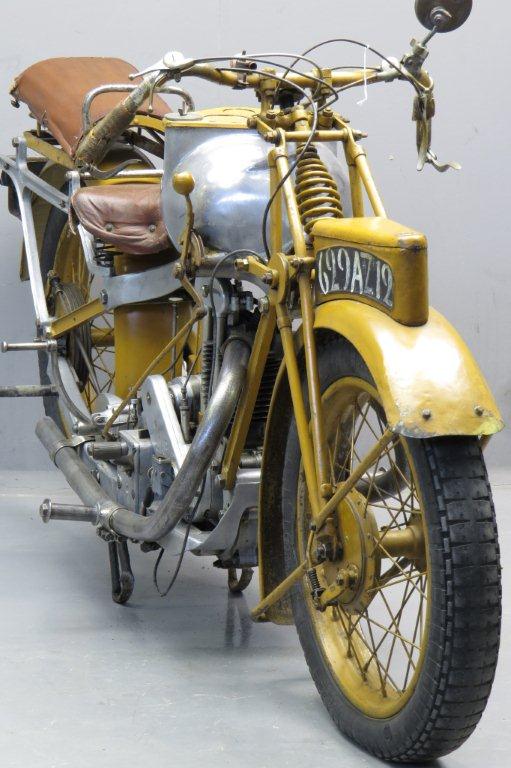 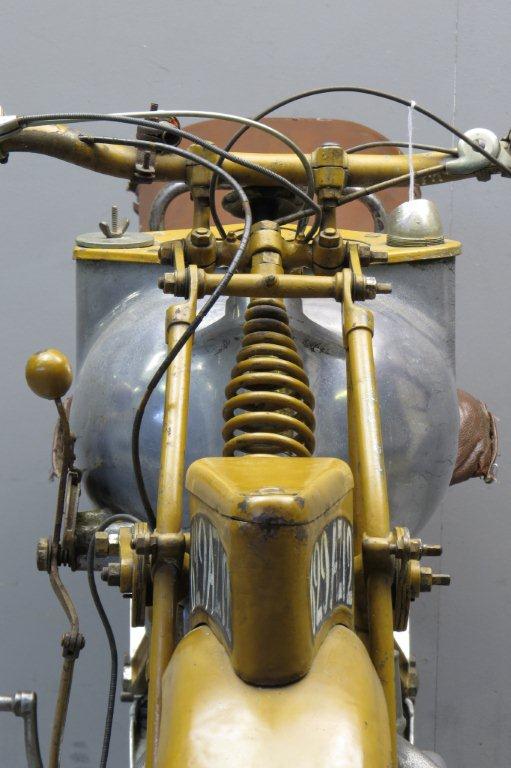 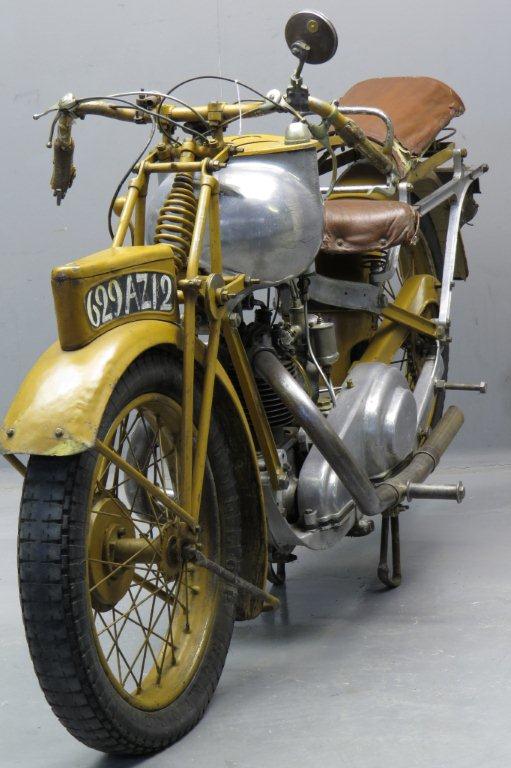 Marcel Guiguet is born in 1901 in the village of Corbelin in the Département  of Isère.
His father and his uncles own  a well-equipped  mechanical  and woodworking workshop where  Marcel gets familiar with machine tools at a young age.
After finishing school he works for some time  in his father’s company, where he builds up his first motorcycle in his spare time.
After military service he gaines work experience with several companies, among which Hispano-Suiza and Gnôme-Rhône.
In 1928 he formes  the company of Marcel Guiguet et Cie. together with his brother Joseph.
The latter takes part for 60%, Marcel  brings in 40%. Joseph served as an aircraft pilot  in the Great War with the famous Storks Escadrille; the stork is officially registered as the company’s trademark.
The first MGC machines are shown at the Paris Show in November 1929.
The machines create great  interest with press and public because of the very unorthodox frame construction.
Guiguet chooses  not to use a traditional tubular frame but  two intricate aluminium alloy castings.
One serves as a backbone and comprises the steering head and petrol tank,  the other functions as a chassis to carry the engine  and gearbox. The alloy is ALPAX AS 13, aluminium with 13 % silicon.
The two Alpax members are coupled by five milled steel  I -section rods, two in front, two at the back and one behind the engine.
A cast alloy luggage carrier is fitted to both the upper and the lower main casting.
The MGC machines are fitted with a  350 or 500 cc Jap engine and Sturmey Archer (later Burman) gearbox, Amac carburettor, and Best &Lloyd oil pump.
Brampton Sports  front forks complete the English flavour .
The magneto is French though, as the “Magneto France” make proudly boasts.
Apart from the revolutionary frame concept  there are more notable features on this machine: the toolbox is placed on top of the front mudguard, the brakes are coupled, the footrests are fixed to the exhaust pipes and the oil compartment is integrated in the chassis between engine and gearbox.
The first  version of the  tank casting has  a horizontal face, at the Paris Show of   October 1930  new models are  presented with  more aerodynamically  shaped tank castings.
From  1930 till 1938, when production ends,  a range of engines is used from 250 till 600 cc in OHV and sv configurations, including some racing types.
All are of JAP manufacture  with the exception of one model that is fitted with a 350 ohv  Chaise engine.
Only about two hundred MGCs    have been manufactured between 1929 and 1938; some measure of its historical significance may be gained from the fact that an MGC was among those selected for display at the Guggenheim Museum’s ‘Art of the Motorcycle’ exhibition in 1998.
An interesting  history of the make has been written by Bernard Salvat in  “Motocyclettiste”  35.
This ‘barn find’ MGC Type N3 was first registered on 7th June 1930 in the French Département of Isère, where the factory was located, and then again on 9th January 1941 in the Département of Aveyron.
The accompanying registration document (issued in Aveyron) dates back to 1955.