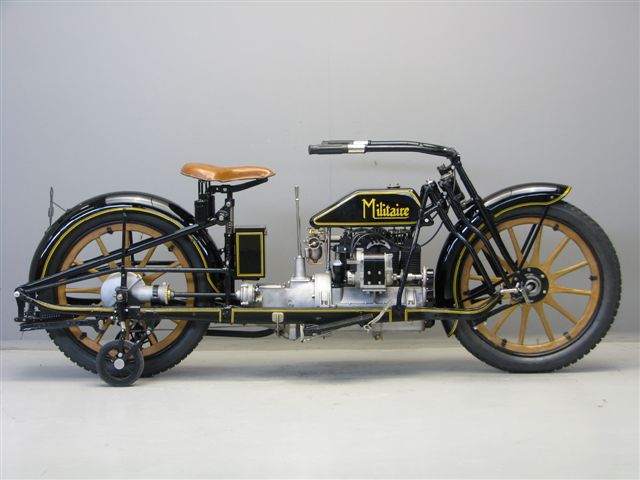 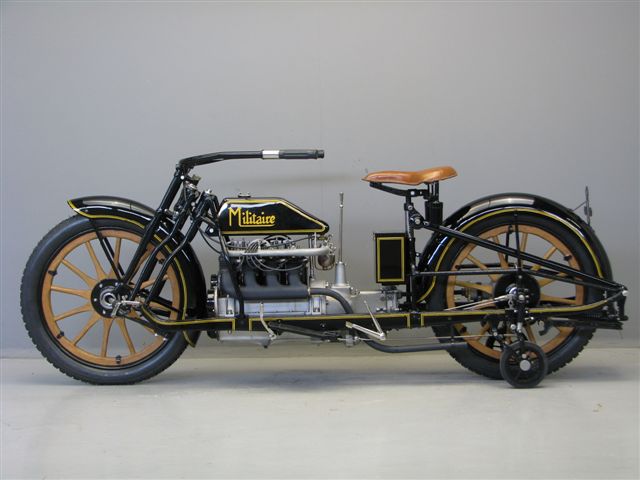 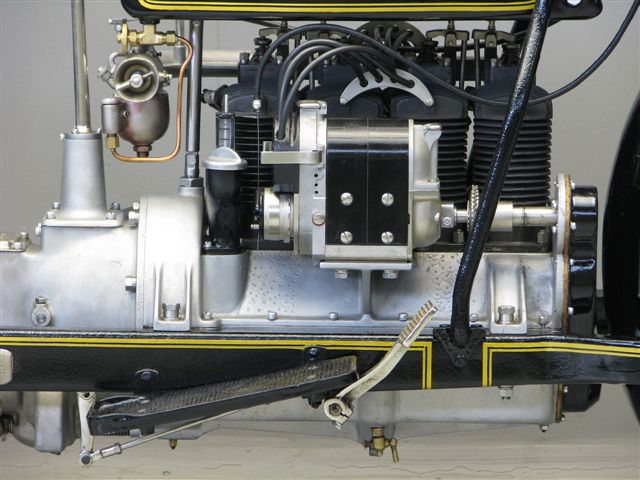 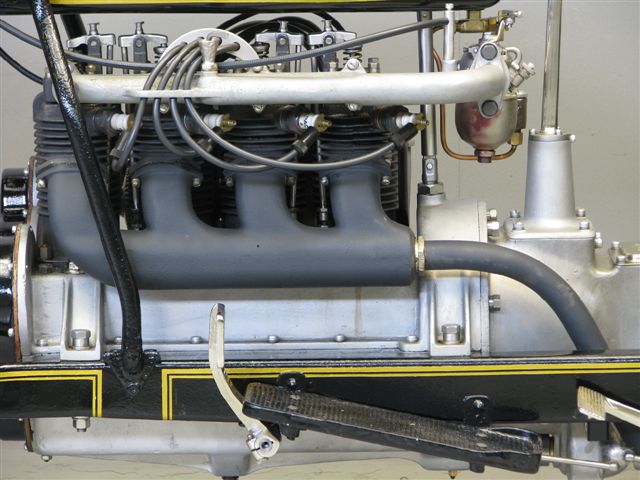 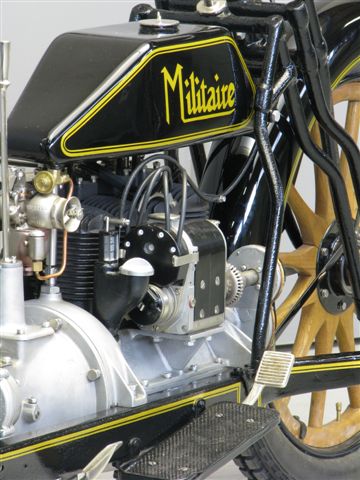 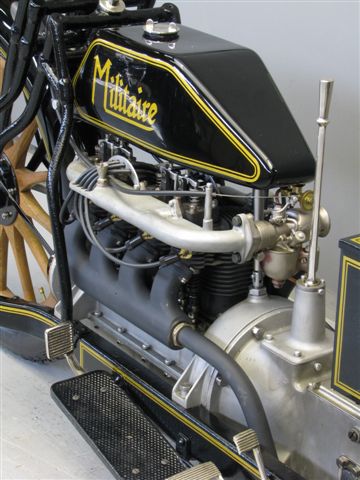 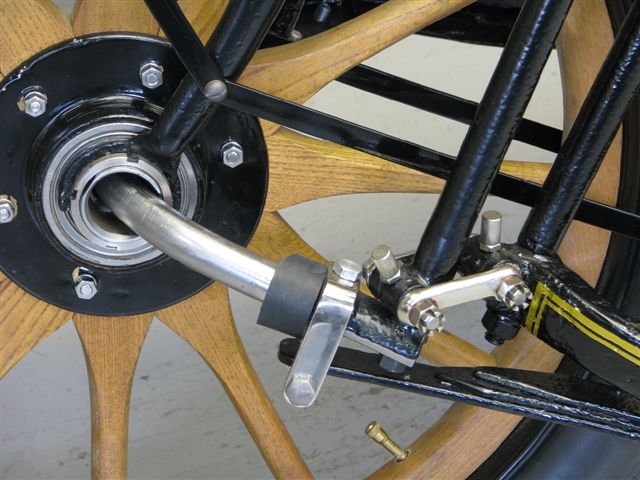 Militaire Autocycle Company built its first machines in Cleveland, Ohio. The motorcycle departed sharply from conventional forms in design and construction, and was apparently conceived as a two-wheeled car.
The original vehicle, powered by a single-cyclinder, has hub-center steering, a steering wheel and retractable outrigger wheels at the rear.
The Cleveland operation expired in 1913, but was resuscitated a year later in Buffalo, New York by owner N.R. Sinclair.
The single had been replaced by a four-cylinder engine, and the steering wheel was supplanted by handlebars.
The automotove-style frame and rear idler wheels remained.
The 68 cubic inch, 1065cc engine delivered better than 11 horsepower through a three-speed and reverse floorshift transmission and shaft drive. The wheelbase, like the early Henderson, was 65 inches.
The wooden artillery wheels carried 28-inch x 3 clincher tires.
Despite the name, the Militaire was not really intended as a military device from the beginning.
It  was too long and heavy for a motorcycle and too unstable for a car. The army did buy a few examples for use in France in 1918, but the machines were immobilized by mud.
The Buffalo enterprise had also succumbed, and Sinclair reformed the company in New Jersey and changed the name to Militor.
N.R. Sinclair was obviously not one to retreat in the face of adversity. When the Jersey City operation floundered, he set up shop again in the Knox Motors factory, an automobile company in Springfield, Massachussetts, a stones throw from the Indian factory.
But this association also failed within a year, and Sinclair relocated in Bridgeport, Massachussets under the banner of the Bullard Machine Tool Company.
This Militaire has been meticulously restored and runs and rides very well.
Have a look at her running on  http://www.youtube.com/watch?v=w_MBrEaSbpY