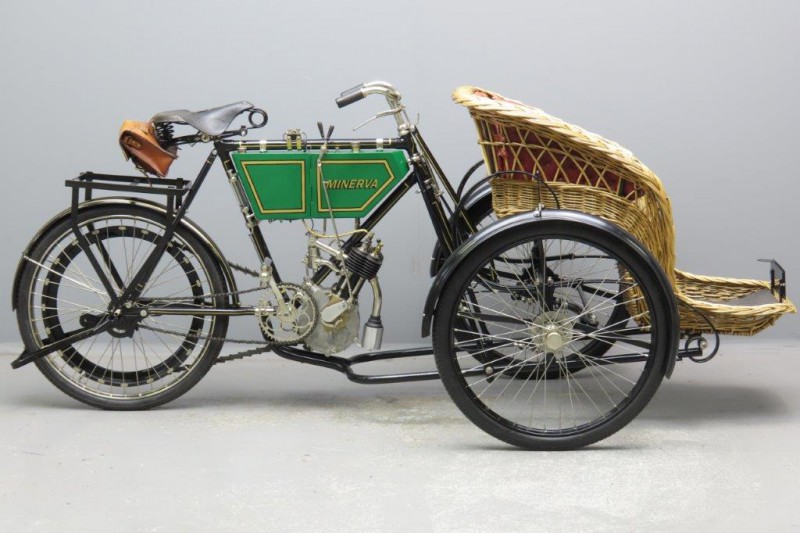 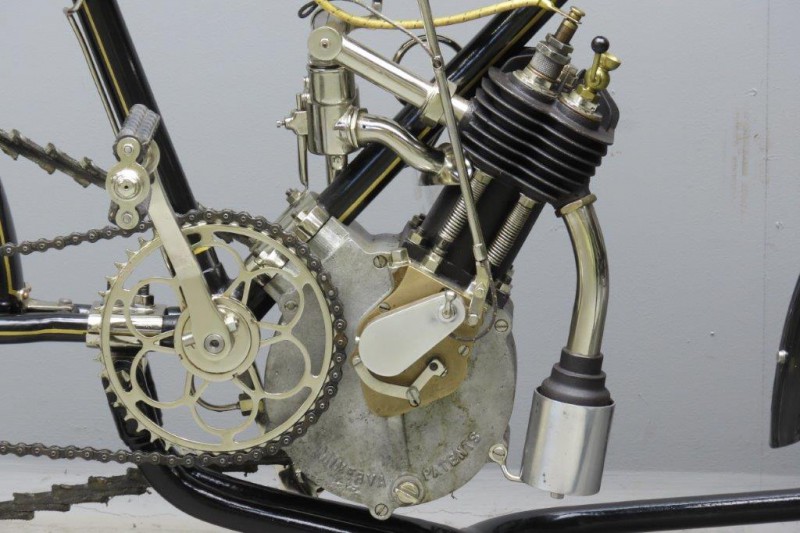 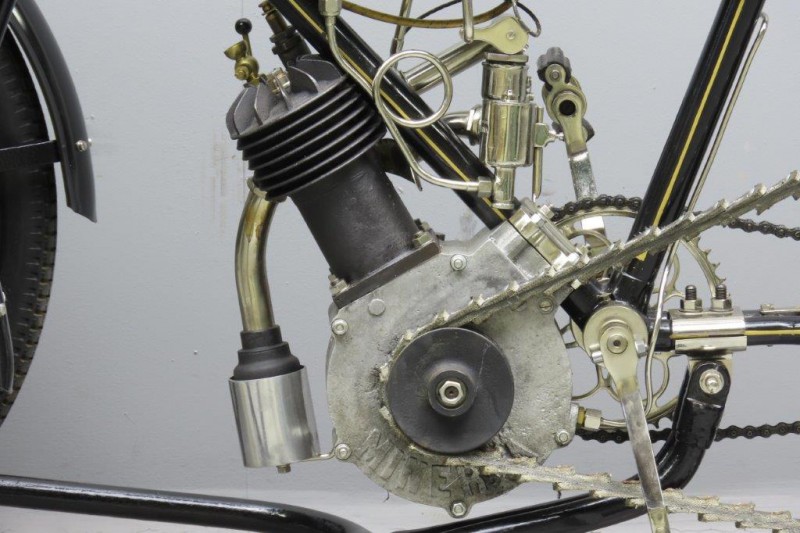 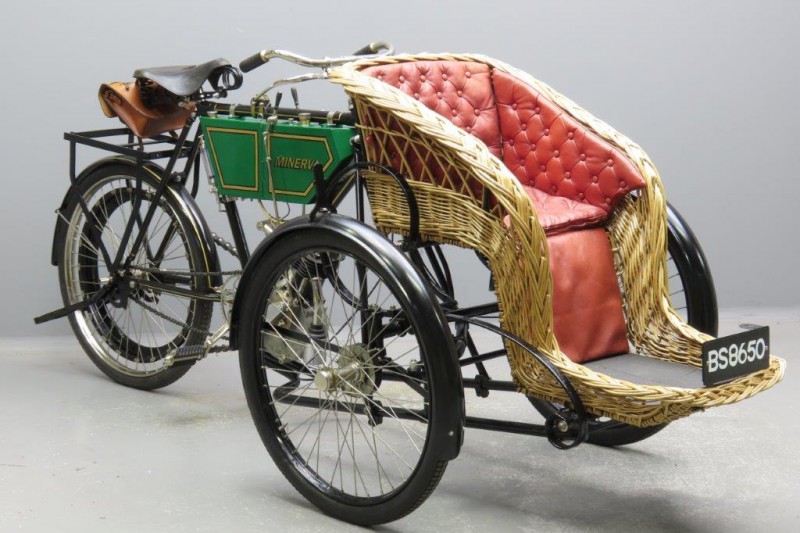 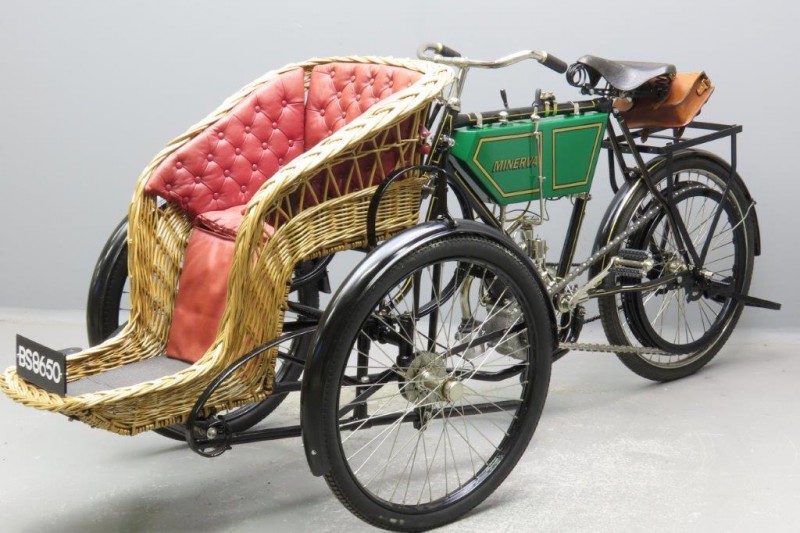 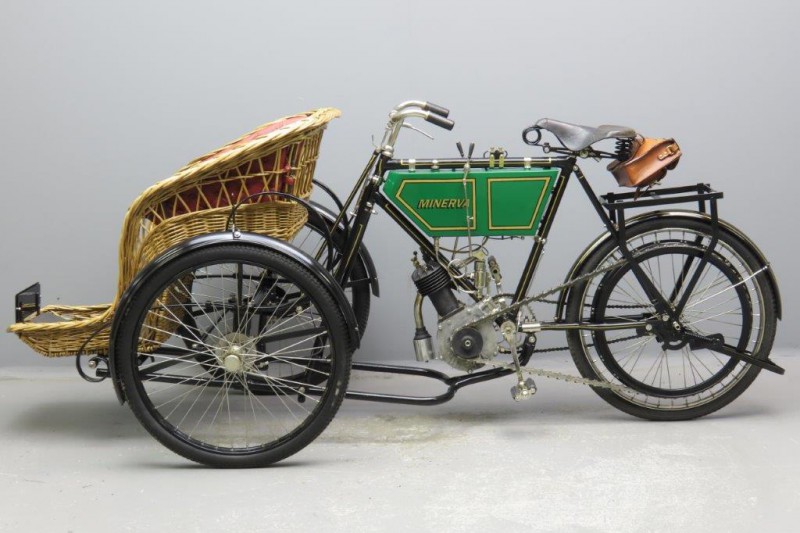 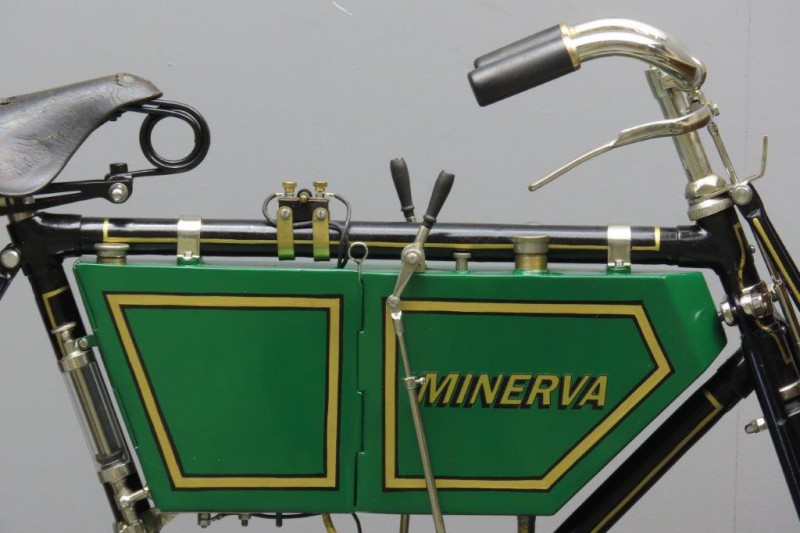 In the early 1900s the best position of a passenger on a motorcycle was still being experimented with.
Sidecars would slowly become popular from around 1905 but in earlier times most designers’ thoughts focused on placing passengers in front or behind the rider instead of next to him/her.
So both the fore-car and the trailer enjoyed some popularity.
Transporting passengers on a seat above the rear wheel would only come in vogue around the first world war.
A feature of the fore-car attachment was that it could be replaced by the original front wheel so that the rider could adapt his vehicle to either solo or passenger use.
The Coventry firm of Mills and Fulford was established in 1899.
They produced both trailers, fore-cars and sidecars and an interesting 1903 novelty was the “Duadcar”, a contraption that was adaptable either as a trailer or sidecar.
This Minerva with fore-car was found and restored by a Minerva Specialist.
During the restoration process of the fore-car the faint remains of chassis # 14 were discovered.
To prospective riders who prefer two wheels: there’s a front wheel available with this well-restored Minerva veteran.