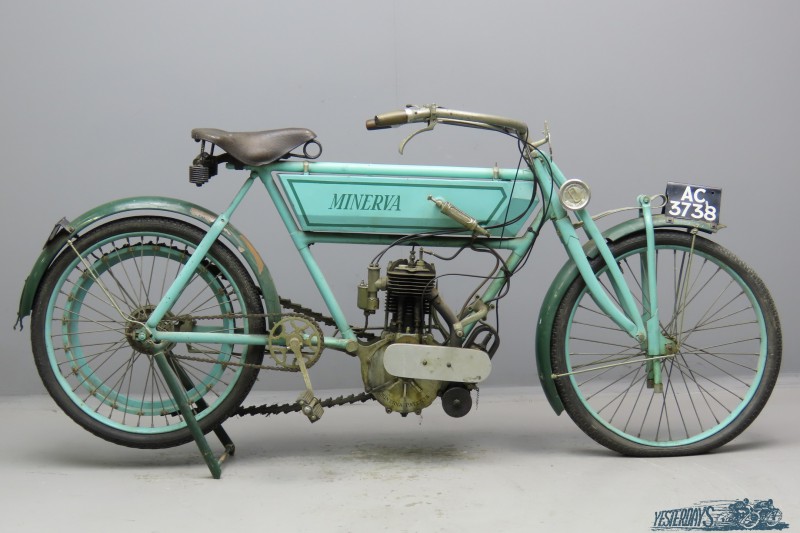 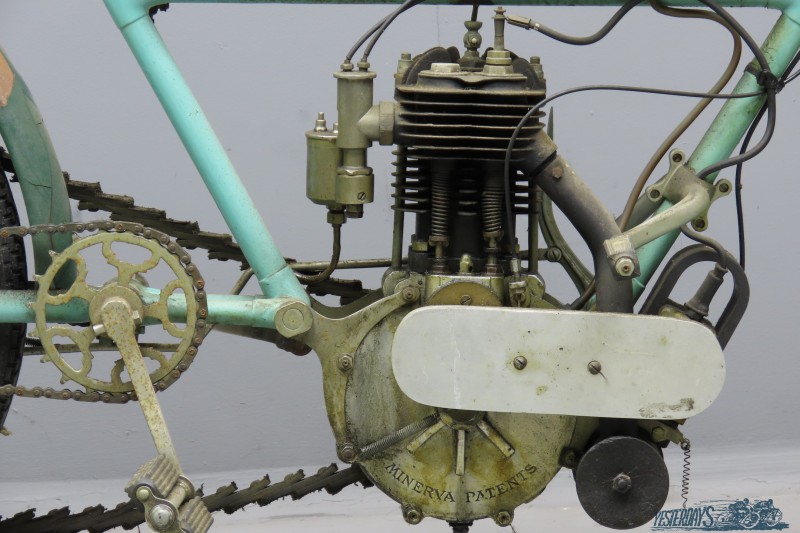 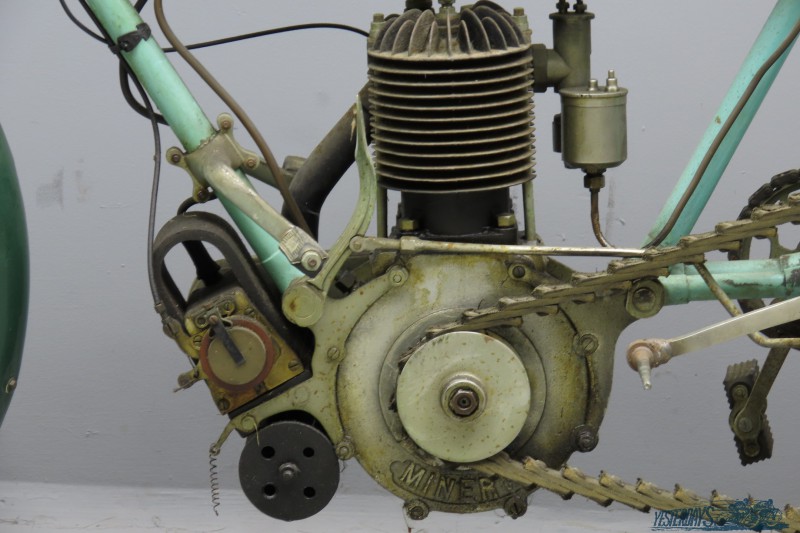 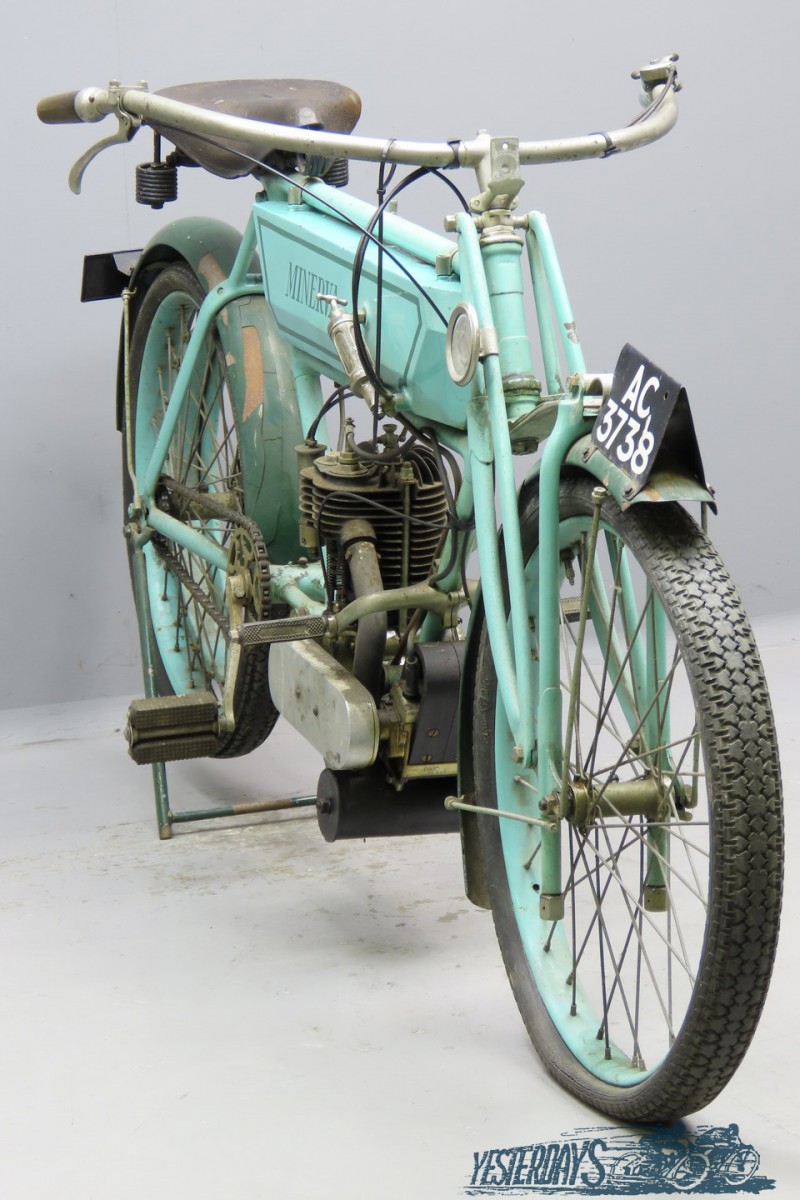 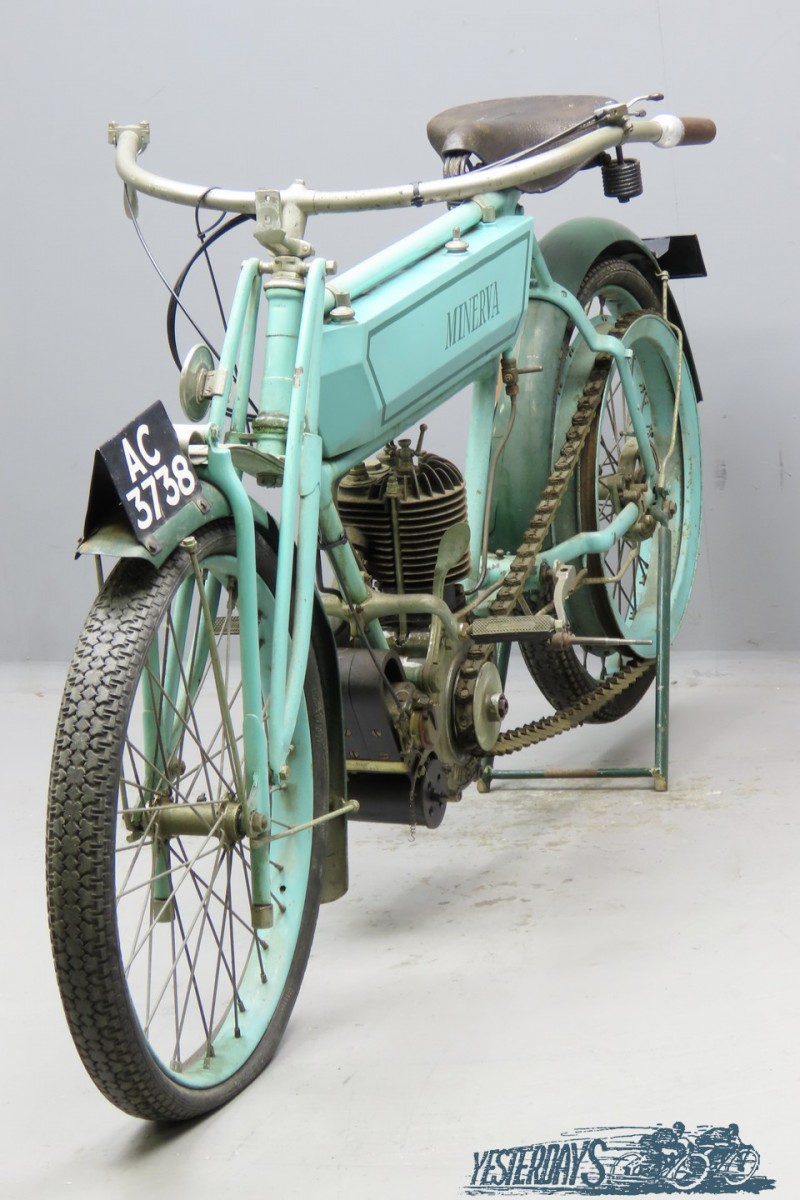 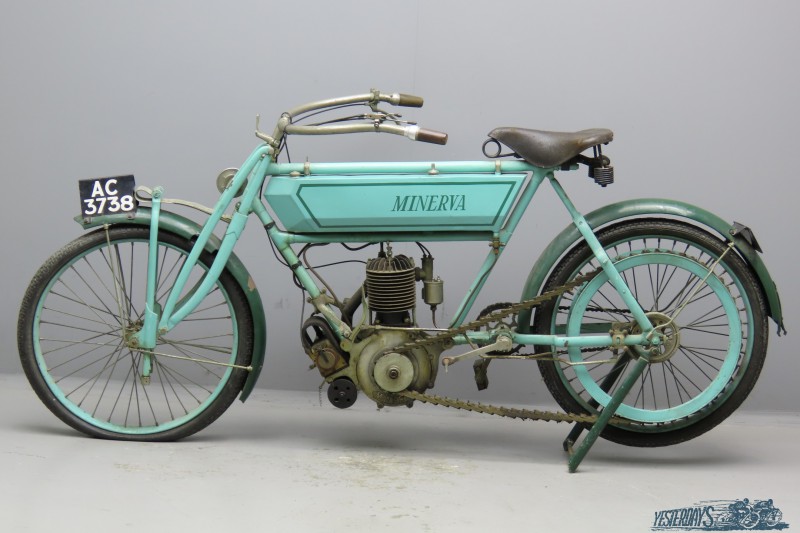 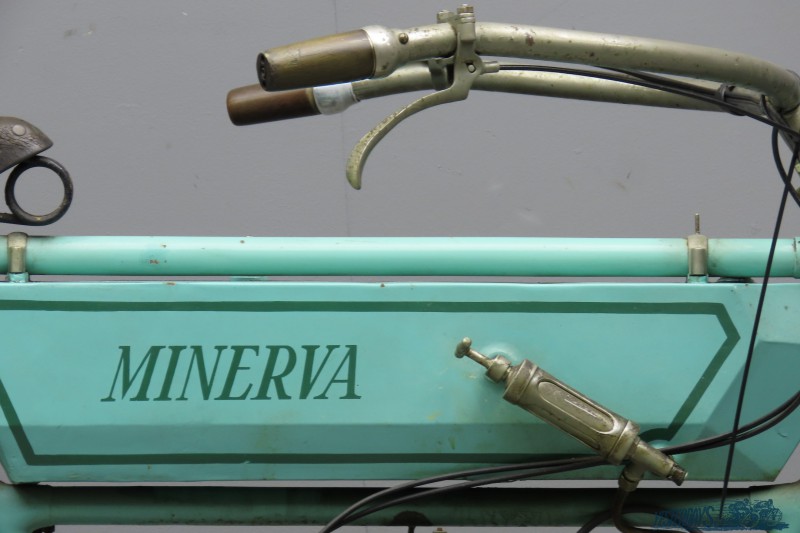 Mr Sylvain de Jong, born in Amsterdam on 5 January 1868, moved at the age of 13 with his parents and two brothers to Brussels.
After working for some years as a journalist, he went to the U.K. to study the safety bicycle production.
In 1895, S. de Jong, his brothers and other investors started a factory in Antwerp, to produce and repair bicycles.
For these bicycles, they selected the name “Mercury”.
Only two years later, after a dispute with the other investors, S. de Jong created on 15 October 1897; “S. de Jong & Cie”.
This time he selected the name “Minerva” for the new plant in Antwerp.
Minerva the Roman goddess, daughter of Jupiter, sprang from the head of her father, fully grown and in full armour.
She was the patron of warriors, goddess of knowledge and wisdom and goddess of artisans and industry. S
ylvain de Jong anticipated on a slackening bicycle market and announced in February 1899, the production of light cars (voiturettes) and motorcycles.

In 1900, S. de Jong & Co. bought an engine from the Neuchâtel – Swiss based Zürcher & Lüthi. Zürcher & Lüthi did not only build the engines, they also patented the bicycle set-up.
The engines were “clamped to the framing” (clip-on). S. de Jong & Co. bought the license and started the production of all parts needed to turn a Minerva bicyclette into a Minerva motocyclette. Due to the reliability of the clip-on engine, success was immediate.
Since 1904 the production of cars had taken more and more of the factory potential.
Therefore, during the years 1904 till 1907, the production of motorcycles decreased to a mere 1500 per year and in 1908 or 1909 the production of motorcycles was stopped.
A total of about 35,000 Minerva motorcycles left the factory.
Ads indicate that at least till 1910 Minerva motorcycles were available. (For more Minerva information: www.minerva-motocyclettes.com)
For model year 1907 three singles and a v-twin were available.
The singles had capacities of 254cc, 345cc and 433cc. The machine we offer here is the 3½ HP 433cc with bore x stroke of 82x82mm.
She comes with “Simplex” leaf spring front forks, Bosch magneto, front down tube footrest bracket and 26 x 2 ½ tyres.
The carburettor is Brown & Barlow and the rear brake is a by contracting band.
This impressive veteran is sturdily built and comes with documents that show it was first registered in Britain in 1947.
In this first logbook the capacity is recorded as 412cc. In the late eighties a Pioneer certificate was applied for; the Sunbeam Motorcycle Club have confirmed that the machine is on the Pioneer registry with Certificate No. 437.
A new certificate can be applied for by the purchaser if so wished.
At some time in its history the machine has been restored but probably that was a long time ago; the quality of the paintwork, mainly on the mudguards has deteriorated over the years.
The mechanical condition of this rare 1907 Minerva is not known but the condition of nuts, bolts and fittings suggest she hasn’t been tampered with.