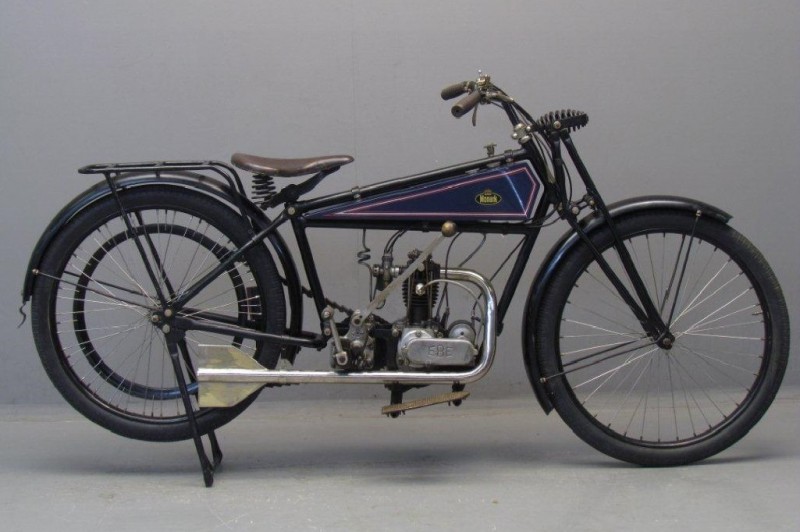 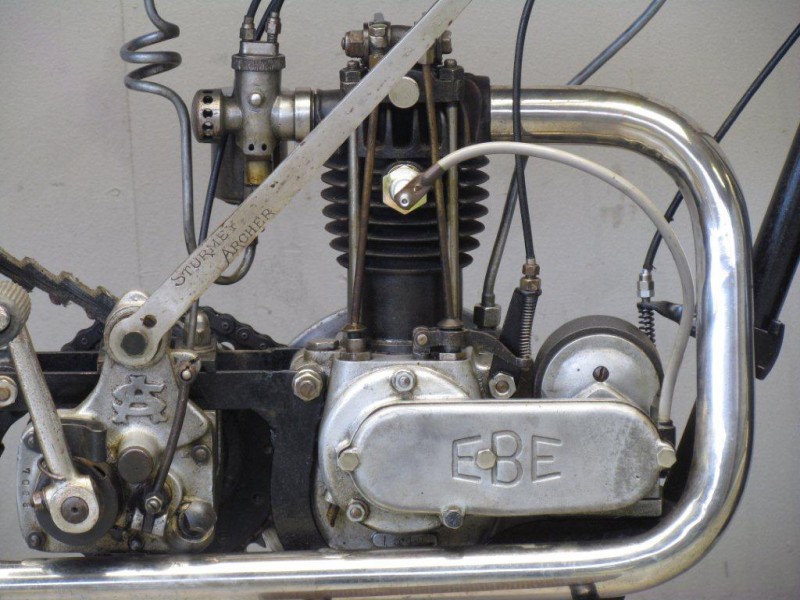 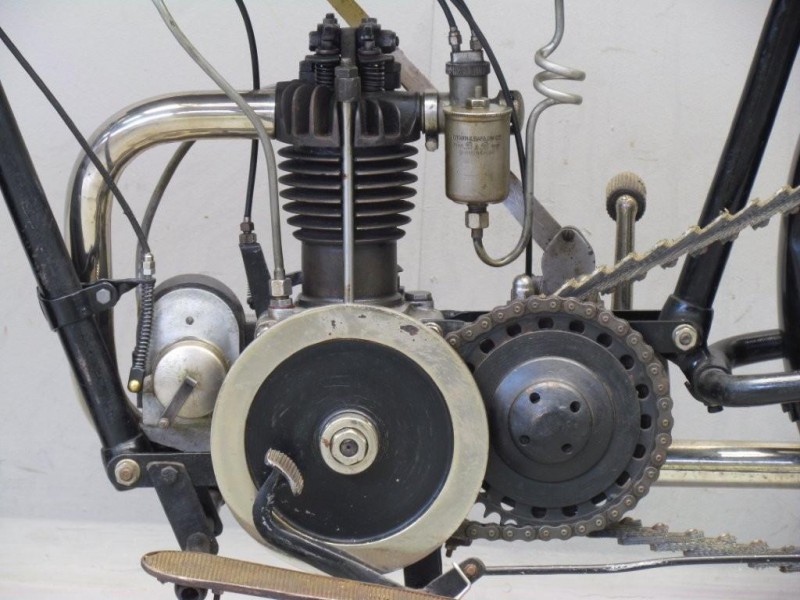 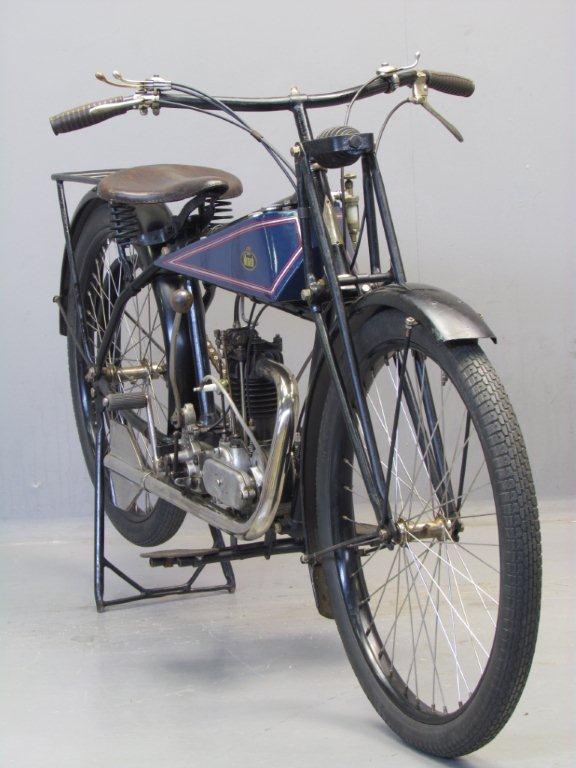 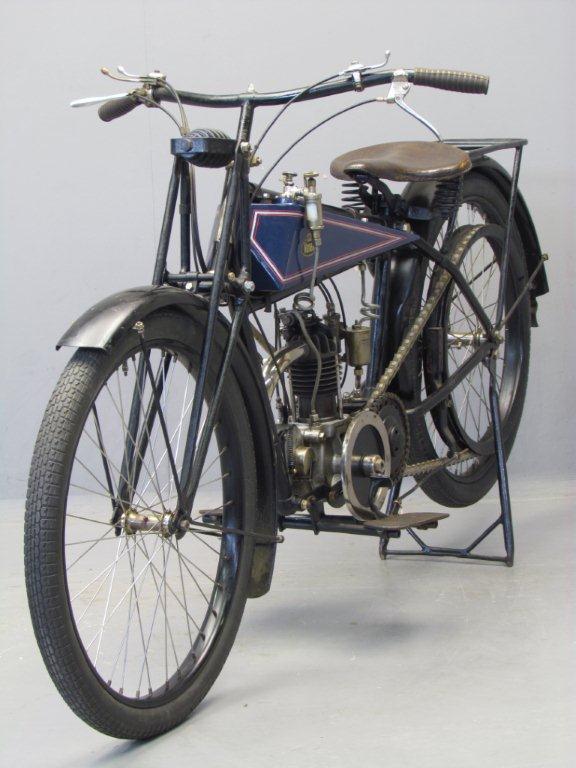 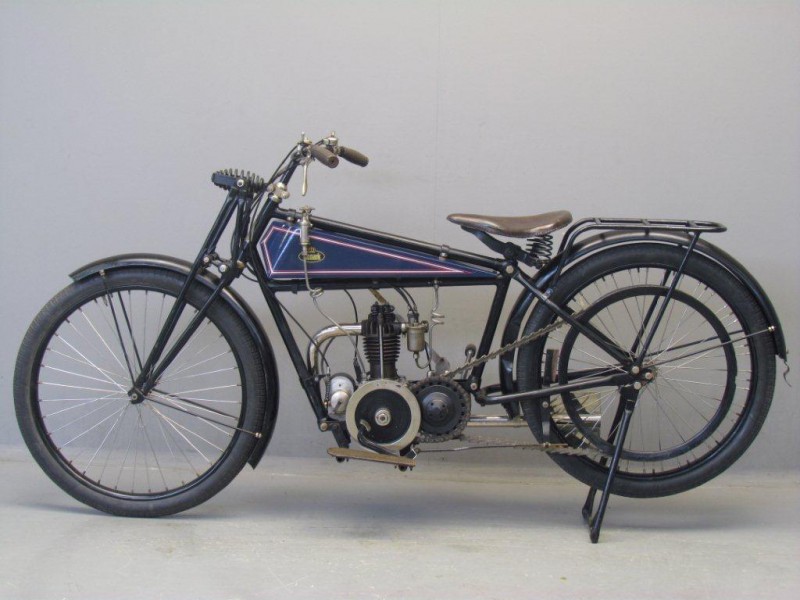 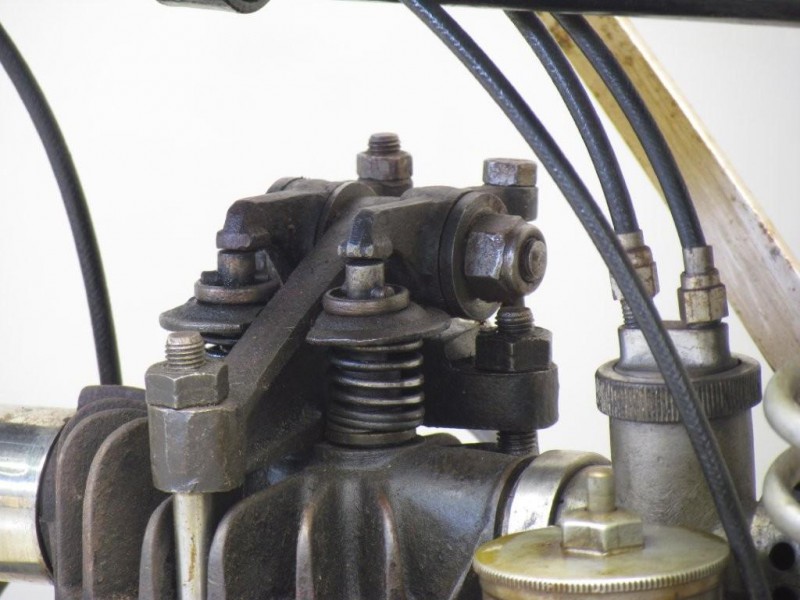 Monark is a motorcycle company established in Varberg, Sweden that was started in  1908, by Birger Svensson.
They, like many motorcycle companies, started out making road bikes, but  later stepped into the  off-road bike market.
During World War II, Monark supplied the Swedish military with 500cc bikes that used Albin four-stroke engines.
Once the war was over, they went back to making Ilo-powered 50cc and 250cc two-stroke bikes, and became Sweden’s largest motorcycle producer.
In the twenties Monark used engines of the Swedish EBE factory.
These engines were made between 1919 and 1930 in capacities of 172 cc (auxiliary engines)  172 cc ohv for light motorcycles and 596 cc side valve for heavier machines.
The 172 cc  ohv model was a popular machine  in its  day  because it was exempt from tax  due to its   weight of less than 50 kgs.
For  such motorcycles  a driving license was not needed.
The engine is amazingly furious, it really goes like the clappers, “ A Norton Inter in disguise “ as a customer remarked.