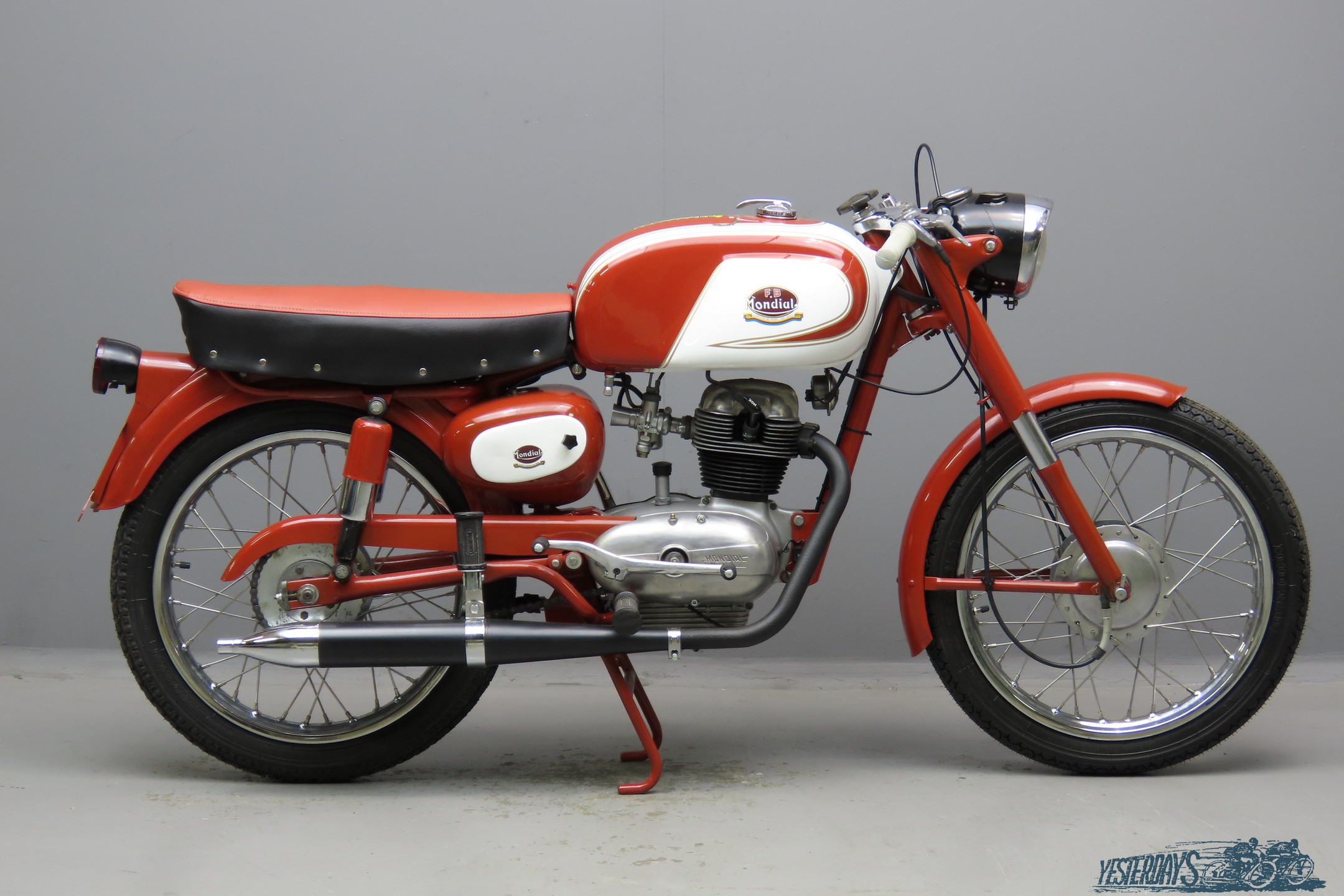 Few marques have achieved so fine a competition record in so short a time as FB Mondial.
FB Mondial was founded in the aftermath of WW2 by the Boselli family, whose first venture into powered transport had been with the FB (Fratelli Boselli) three-wheeled delivery van in the 1930s. The name ‘Mondial’ first appeared on a motorcycle in 1948, when the Boselli brothers introduced a revolutionary double-overhead-camshaft 125cc racer.
Mondial’s miniature masterpiece duly brought the Bologna manufacturer its first World Championship the following year and proved equally dominant in 1950 and ’51.
After a relatively lean spell, Mondial returned to Grand Prix glory in 1957, taking both the 125cc and 250cc World Championships.
Not surprisingly, Mondial’s passion for racing rubbed off on its road range, which was exquisitely engineered and beautifully constructed in a manner unmistakably Italian.
The firm specialised in in high-performance, small-displacement motorcycles.
Much of the production of each motorcycle was done by hand, which kept output low, with production numbers typically ranging between 1,000 and 2,000 units per year. Mondial were able to continue this success for a number of years.
After the 1957 Grand Prix season, many major Italian motorcycle manufacturers including Gilera, Moto Guzzi, and MV Agusta announced that they would pull out of Grand Prix competition because of increasing costs and diminishing sales (MV Agusta later reconsidered and continued racing). Mondial, despite their continued success, decide to join them.
This marked the beginning of a decline in popularity and sales for the Italian company, and in 1960, the last all-Mondial motorcycle left the factory.
After this, Mondial continued for a while, purchasing engines from proprietary makers. In this hybrid form, motorcycles with Mondial frames and ancillary parts, but non-Mondial engines, were produced by the factory for the next 19 years.
However, Mondial stopped production in their entirety in 1979, until their rebirth nearly twenty years later.
The “Nova” we present here has been restored some time ago.
She has been part of a static private collection for years so so might need some attention before being used on the road.