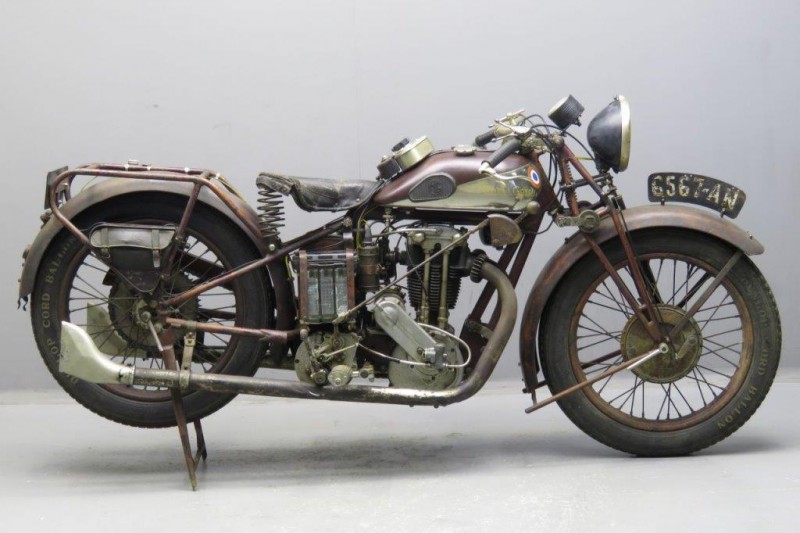 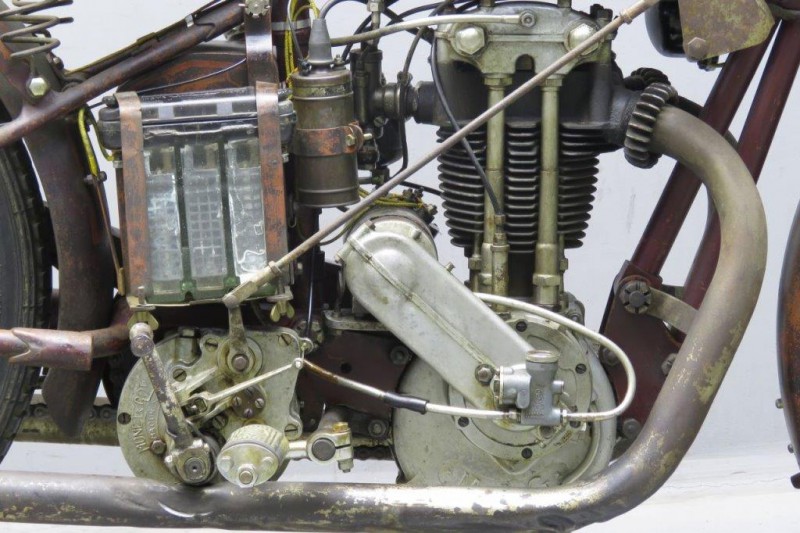 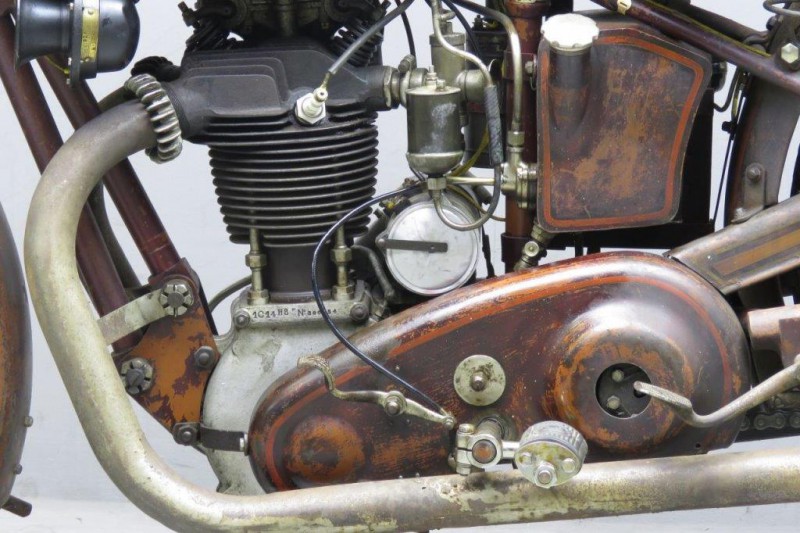 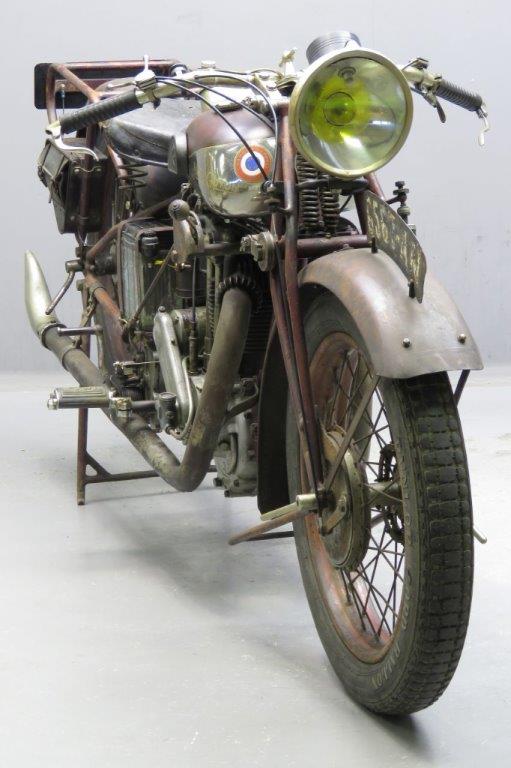 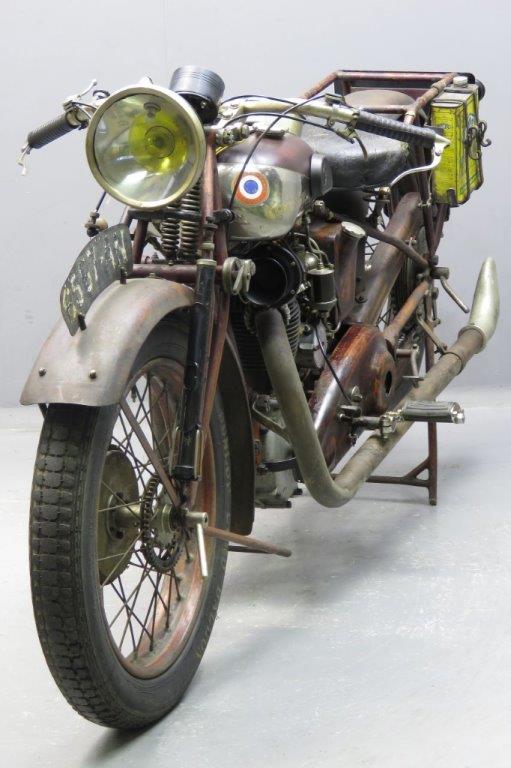 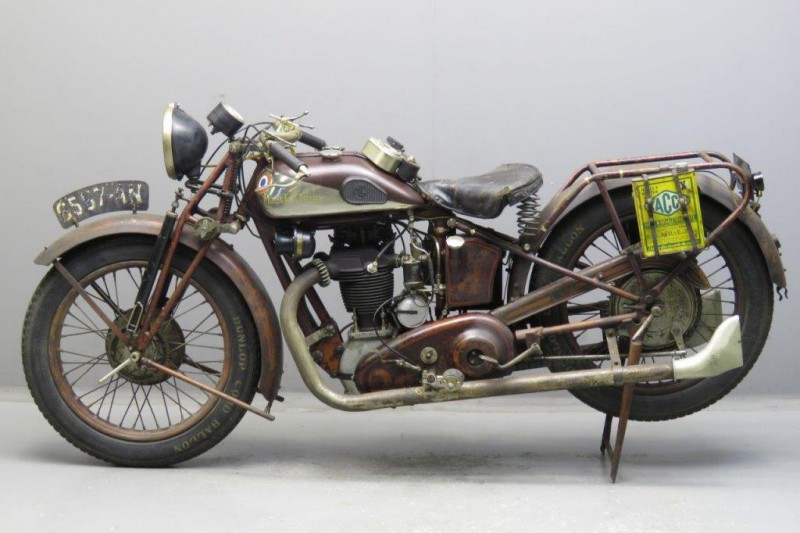 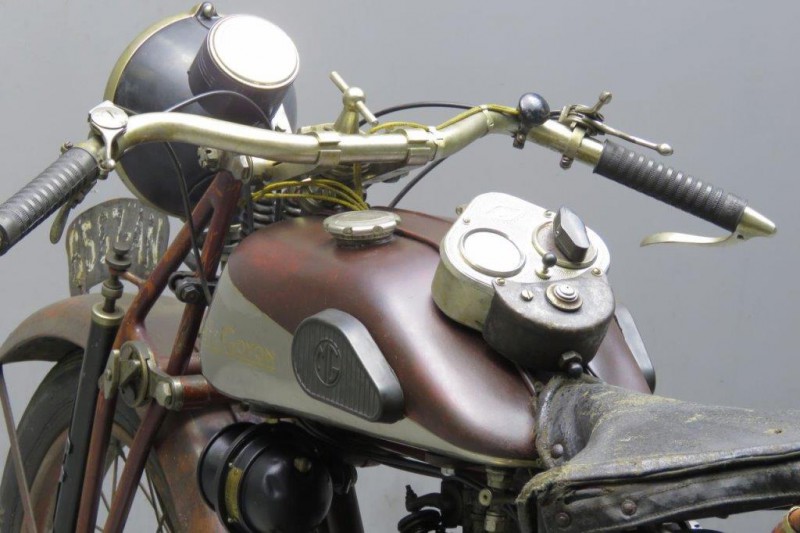 In 1916, in the middle of the first world war, engineer Joseph Monet and Adrien Goyon,  a  wealthy inhabitant of Macon,  formed a partnership with the aim to start  the production of  three wheeled vehicles for handicapped and  immobilized people: a market that would be fast growing till the end of the war in 1918.
The firm of Monet&Goyon was established on April 2nd, 1917.
Business went well, and in 1919 a motorized version of their vehicle was brought out, powered by a 117 cc motorized wheel. I
n 1922 the company managed to get the production rights for the  popular British  Villiers two stroke engines. Monet &Goyon was very successful in races with specially tuned Villiers engines; they won the French championship every year between 1924 and 1927. T
hey also set a number of world records with these machines.
From 1925 on MAG engines were also utilized; to such an extend that M&G became a top customer of the Swiss factory.  T
wo “Supersport” models were available, the 350 cc GA with bore x stroke of 72×85 mm and the 500 cc HA with bore x stroke of 82×94 mm.  A brief specifications  list:
Own three speed  gearbox / carburettor AMAC type 76/001 diameter 23.8 mm/Ignition by battery-coil/ Twin port exhaust with fish tails / tyres 26 x 3, 25 / fuel tank 11.5 litres, oil tank 3.5 litres, weight 140 Kgs / An O.S. speedometer is fitted.
The machine has the optional  luxury electric lighting system  with battery,  large diameter head lamp, taillight, ammeter, and tank top Soubitez  electrical switch box.
An automatic oil pump feeds the engine main bearings and internals, the cylinder head is lubricated with a left foot pedal that  activates  oil squirts  to the top of the cylinder.
The maximum speed is 100 km/h  and the power output amounts to 13 HP @ 5000 RPM.

This very nice model “G” is well preserved with most of the original paint still present.
She has a healthy engine, a good clutch,  positive gear change and large dimension front and rear brakes. She runs well and sounds healthy