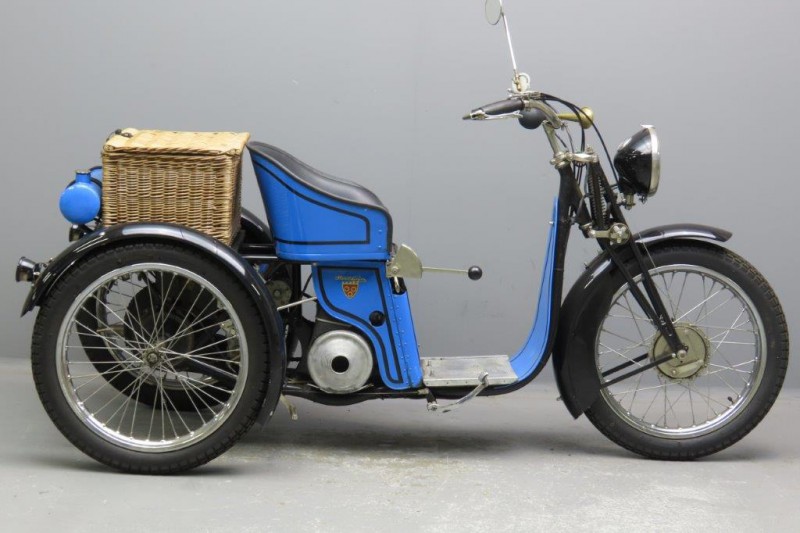 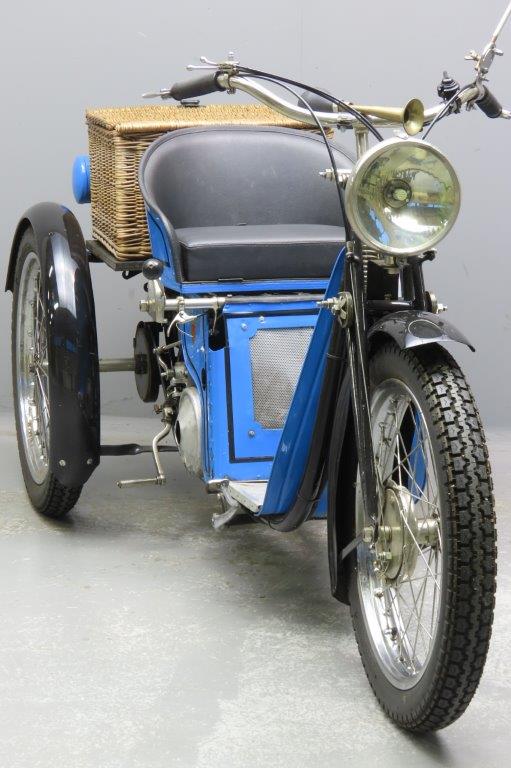 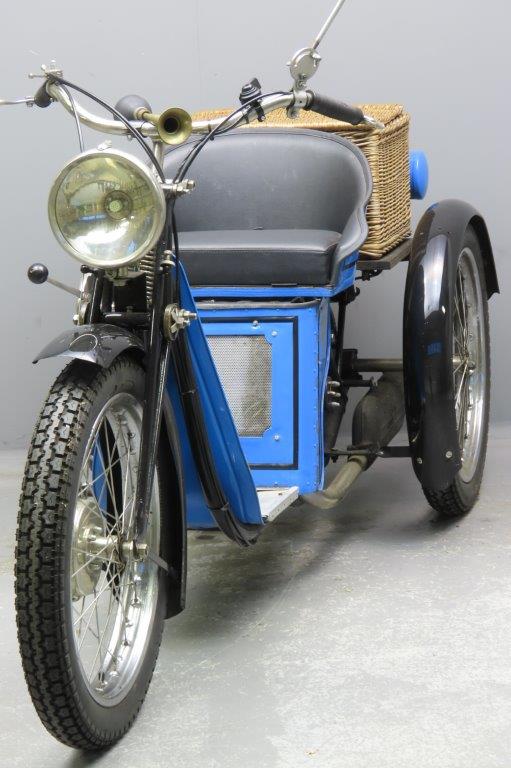 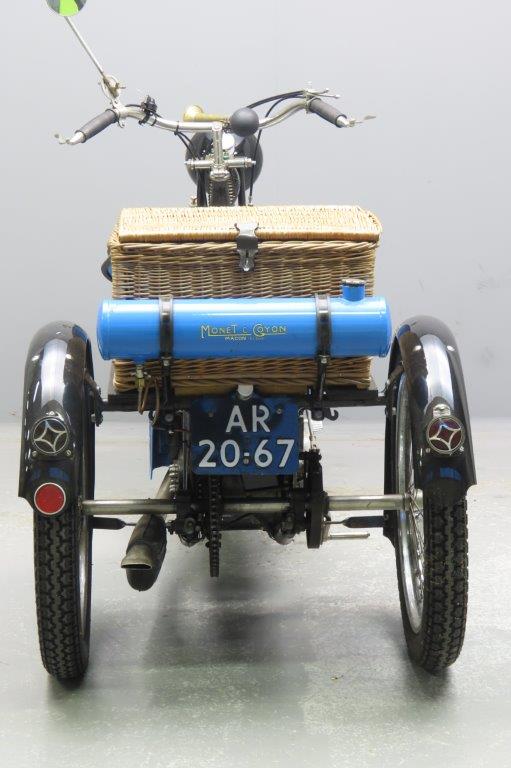 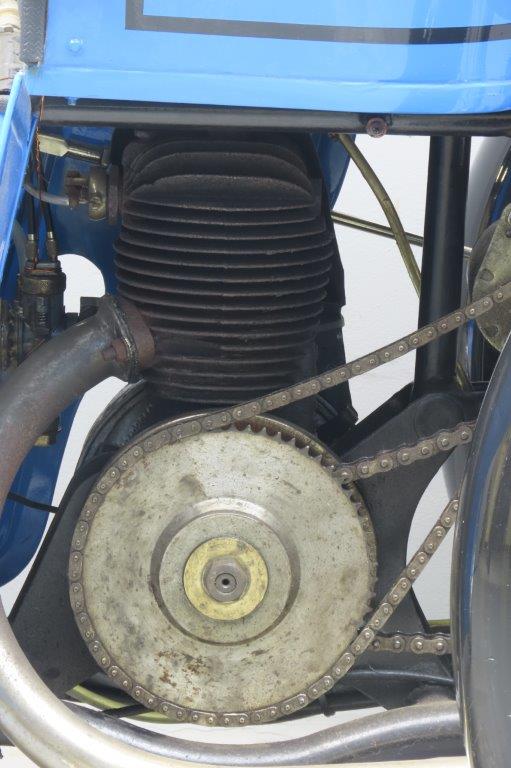 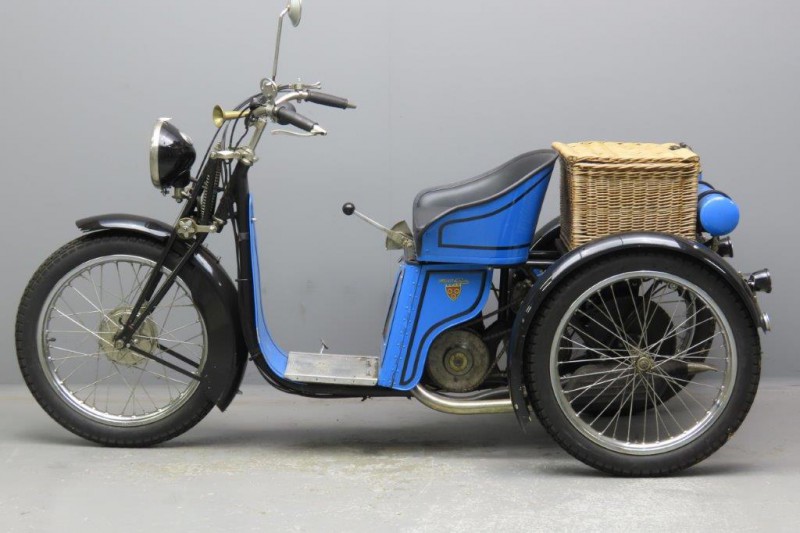 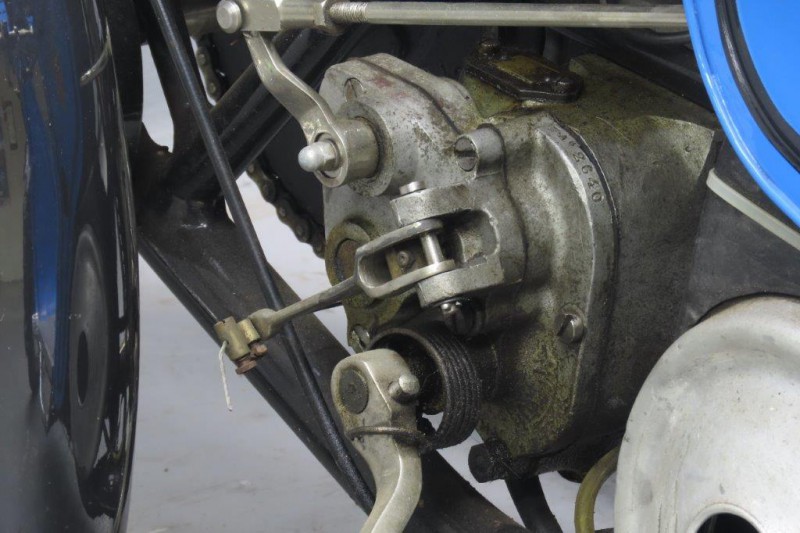 In 1916, in the middle of the first world war, engineer Joseph Monet and Adrien Goyon, a wealthy inhabitant of the French town of Mȃcon formed a partnership with the aim to start the production of three wheeled vehicles for handicapped and immobilized people: a market that would be fast growing till the end of the war in 1918.
The firm of Monet&Goyon was established on April 2, 1917.
Business went well, and in 1919 a motorized version of their vehicle was brought out, powered by a 117 cc motorized wheel.
From 1921on the company fitted the popular British Villiers two stroke engines and from October 1922 the range was extended with conventional motorcycles.
The company became very successful in races with specially tuned Villiers engines; they won the French championship every year between 1924 and 1927.
From 1931 till the end of M&G production in 1959 the Villiers engines were made under license in the factory in Mȃcon. From 1925 on MAG engines were also built in, even to such an extend that M&G became a top customer of the Swiss factory.
The years after world war II were not so successful and the company stopped production in 1959.
The French word “mouche” translates as “fly” and the motorized tricycle was a popular product for many years; not only for handicapped riders but also for clergymen and elderly persons who felt more confident on three wheels than on two.
This Automouche was restored some eight years ago and was then fitted with a practical non-visible electric starter.
For easier manoeuvring the fixed rear axle system was adapted so that only one rear wheel is driven.
This interesting vintage 2-speed vehicle is a good runner and comes with current Dutch registration.
For photos of the restoration process and a glimpse of the Automouche-on-the-go see the link: https://oldtimermoto.nl/nl/monet-goyon-automouche/