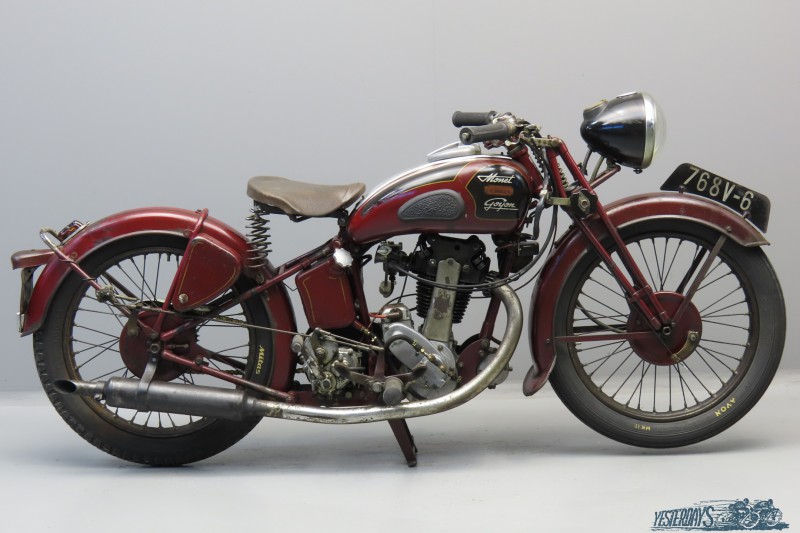 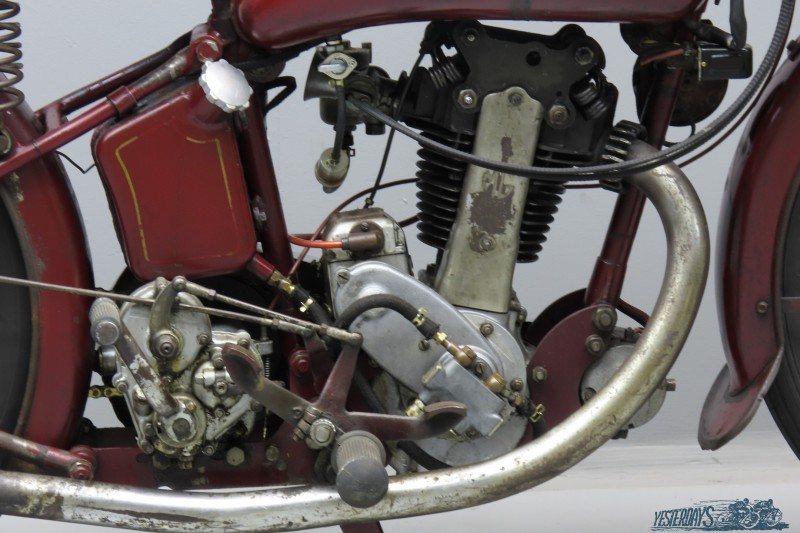 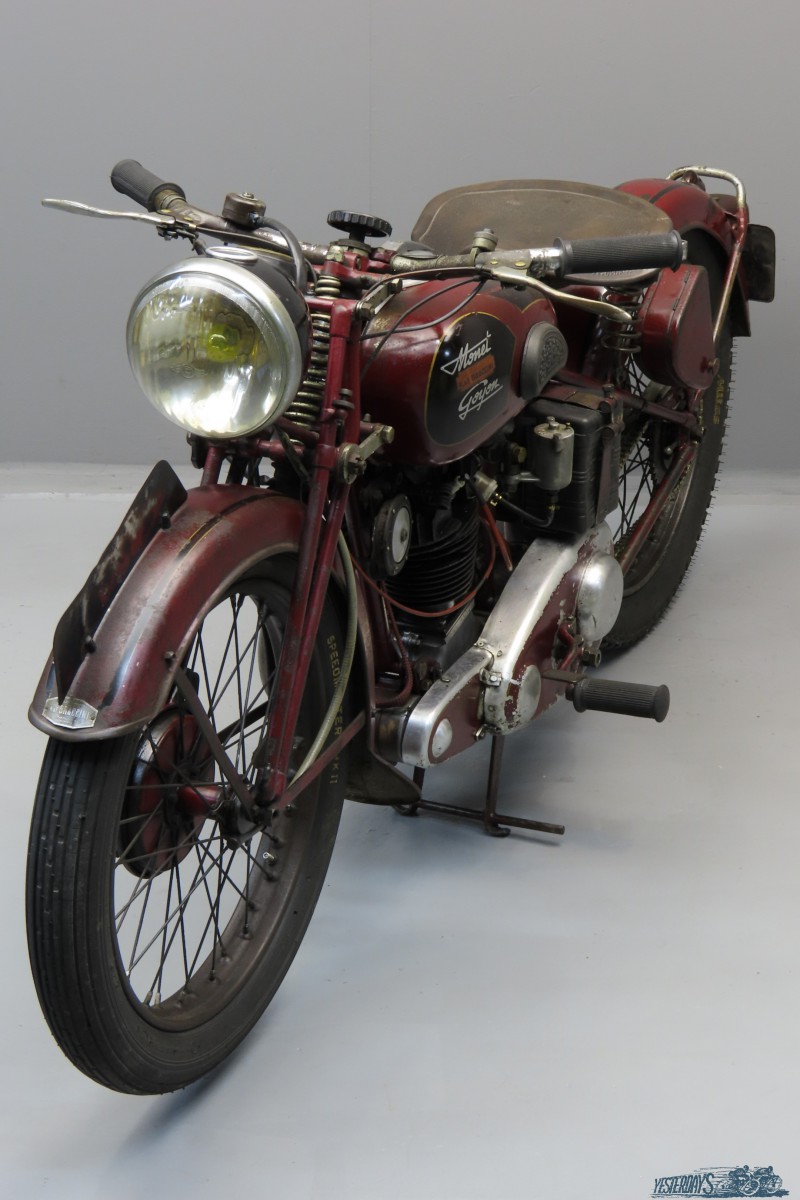 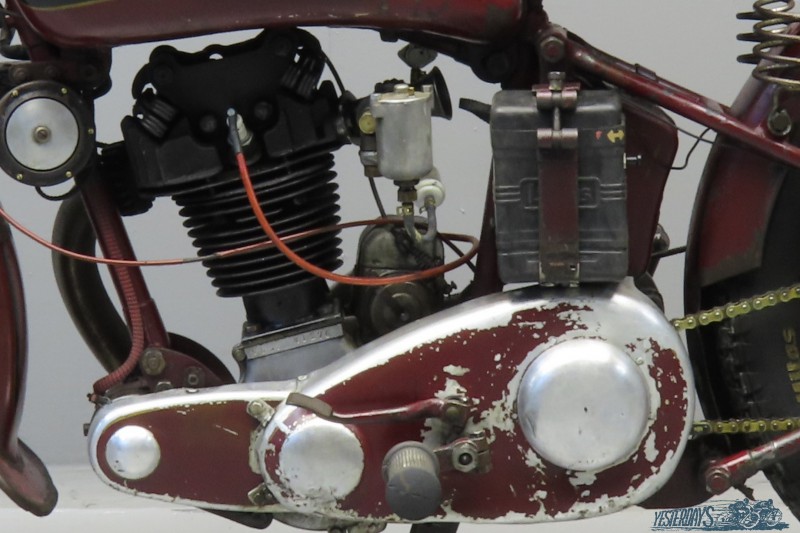 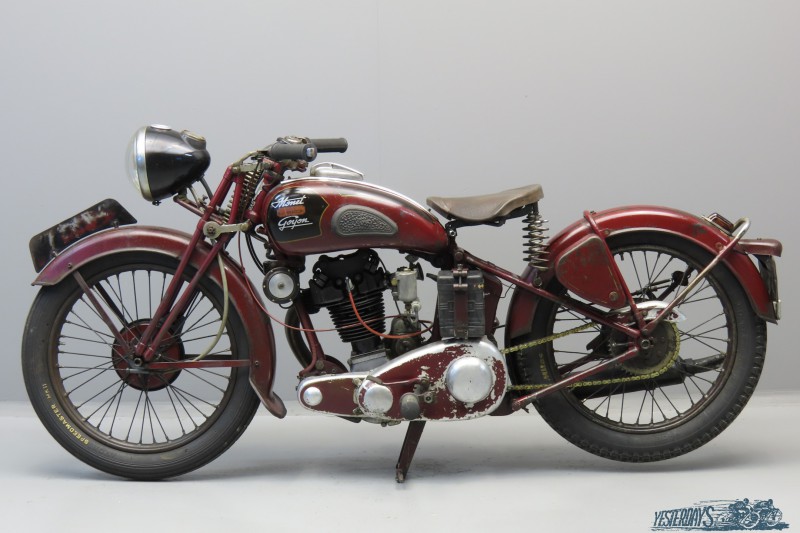 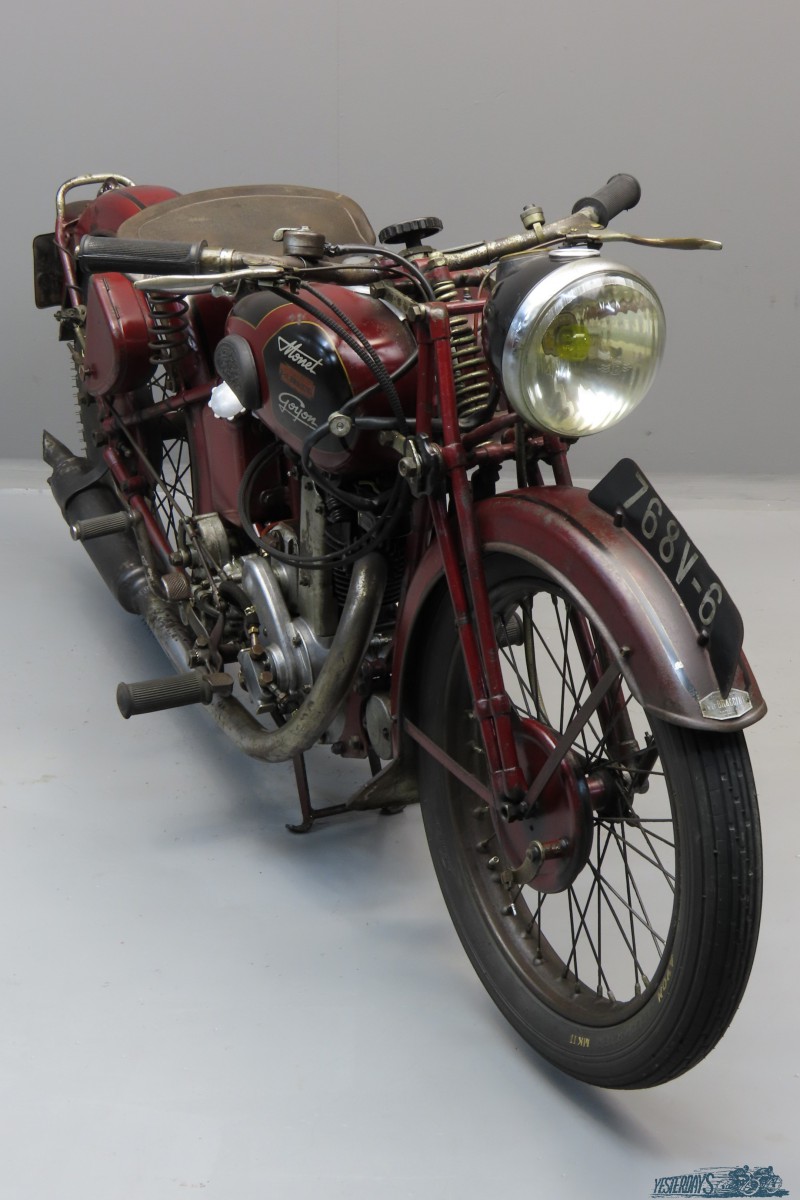 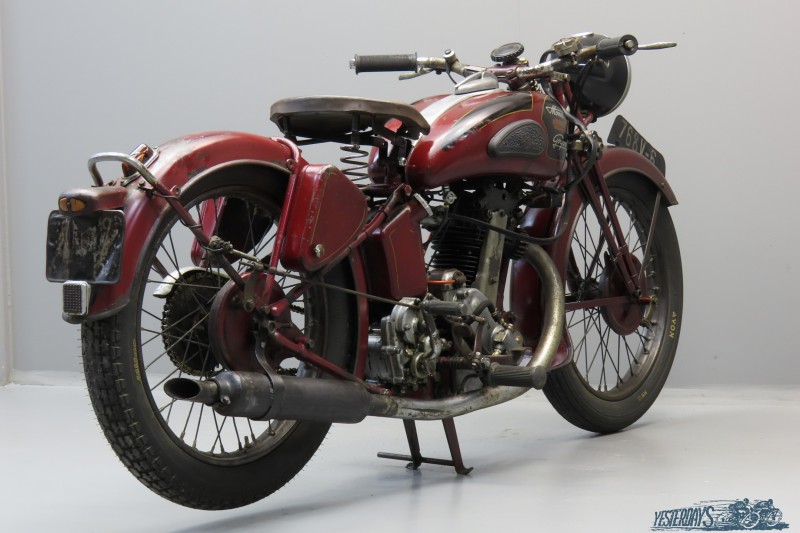 In 1916, in the middle of the first world war, engineer Joseph Monet and Adrien Goyon, a wealthy inhabitant of the French town of Mȃcon formed a partnership with the aim to start the production of three wheeled vehicles for handicapped and immobilized people: a market that would be fast growing till the end of the war in 1918.
The firm of Monet & Goyon was established on April 2, 1917. Business went well, and in 1919 a motorized version of their vehicle was brought out, powered by a 117 cc motorized wheel. From 1921 on the company fitted the popular British Villiers two stroke engines and from October 1922 the range was extended with conventional motorcycles. The company became very successful in races with specially tuned Villiers engines; they won the French championship every year between 1924 and 1927. In 1930 the make of Koehler-Escoffier was taken over and during the thirties the models of both makes became more and more alike.
From 1931 till the end of M&G production in 1959 the Villiers engines were made under license in the factory in Mâcon. From 1925 on MAG engines were also built in, even to such an extent that M&G became a top customer of the Swiss factory.
The years after world war II were not so successful and the company stopped production in 1959. This Sporty 250 stands out because of its excellent authentic condition, with its original enamel still in good condition. The machine has a thirties look, but was actually made in 1950. The 250 sports model with hairpin valve springs was introduced in 1935 and was continued till the outbreak of war as the ALS3; in 1949 and 1950 a number of these machines were marketed again but now under the R4 model code. This R4 is very complete with full electric lighting equipment and speedometer and is a good runner. She comes with 4-speed gearbox and new tyres.