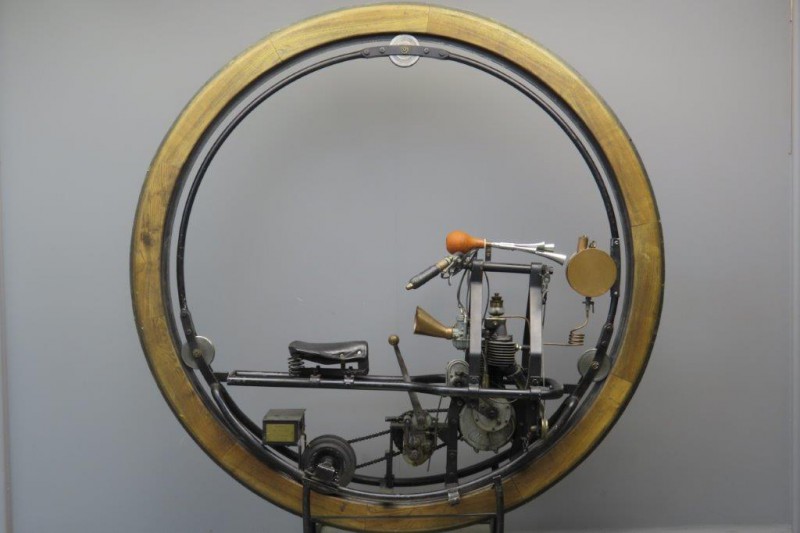 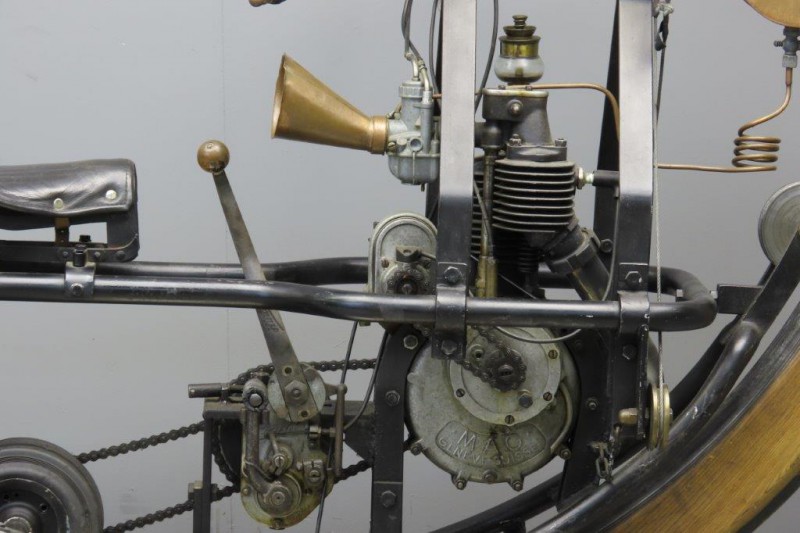 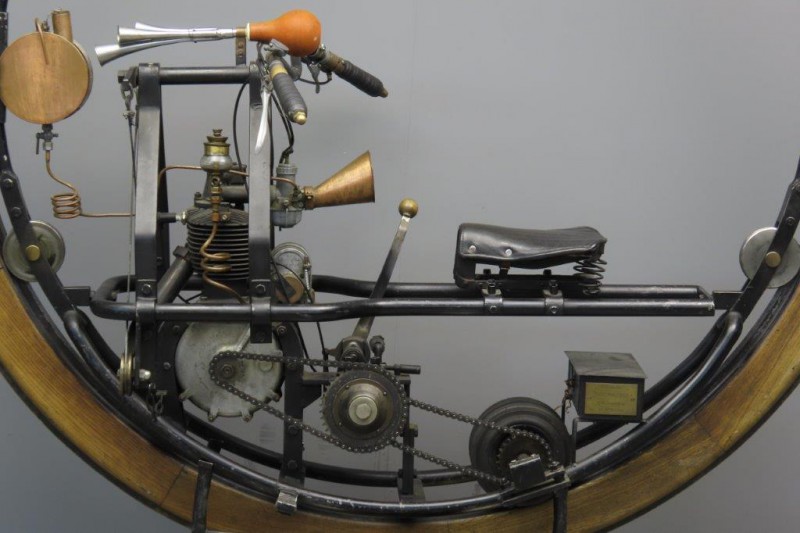 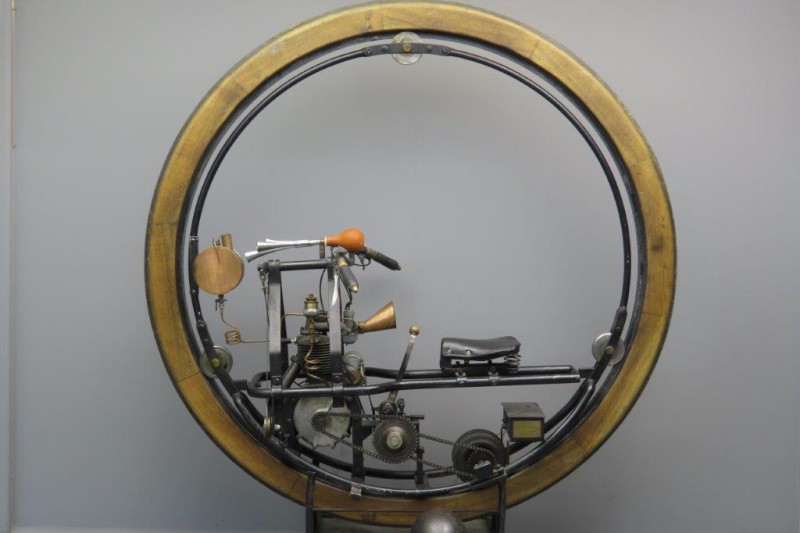 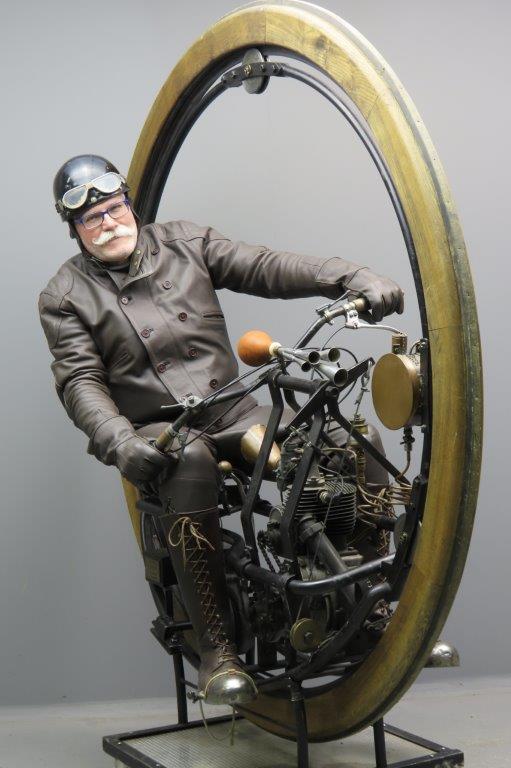 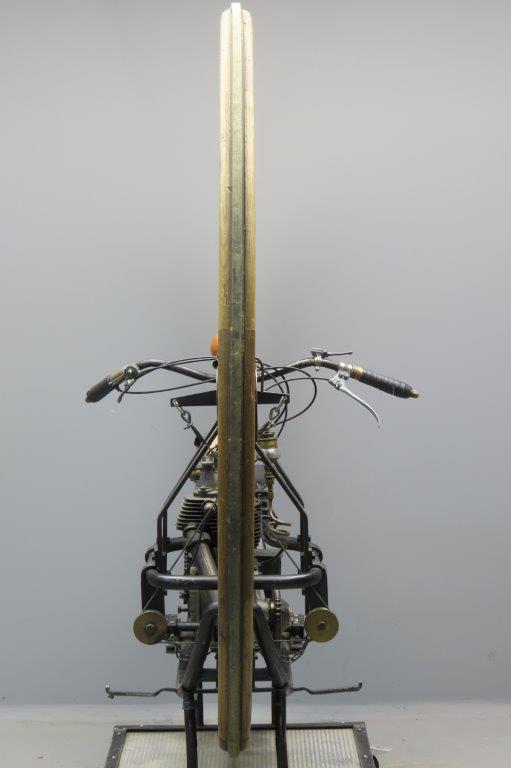 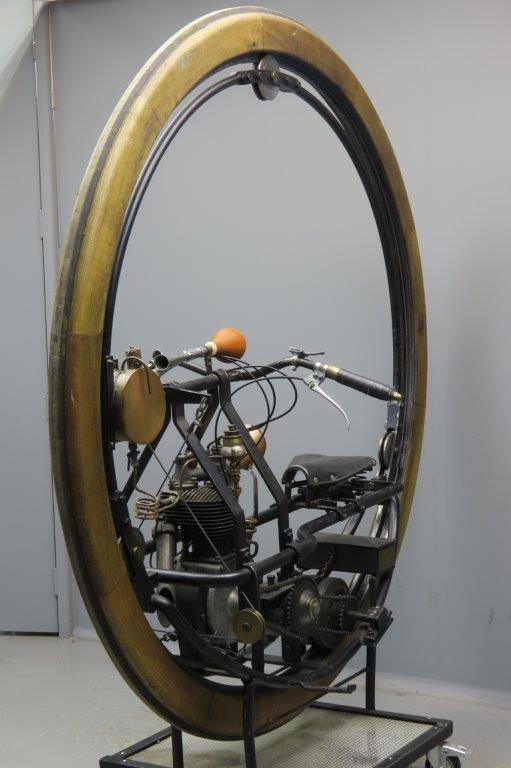 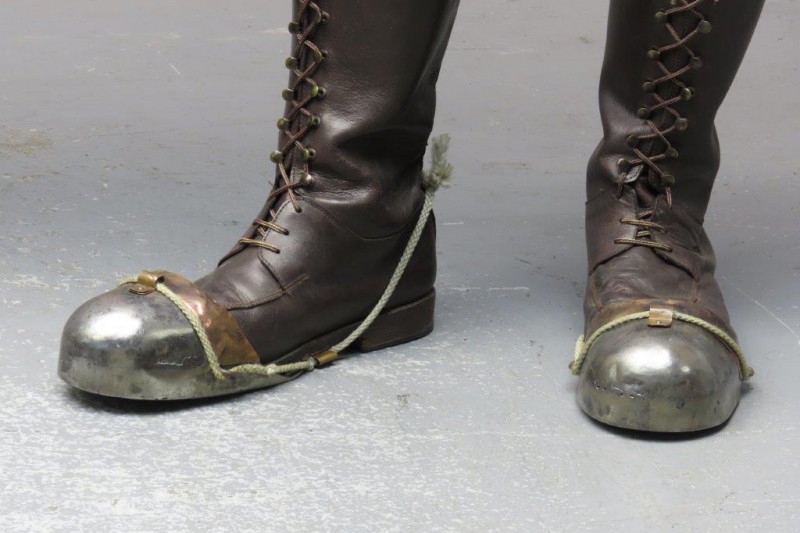 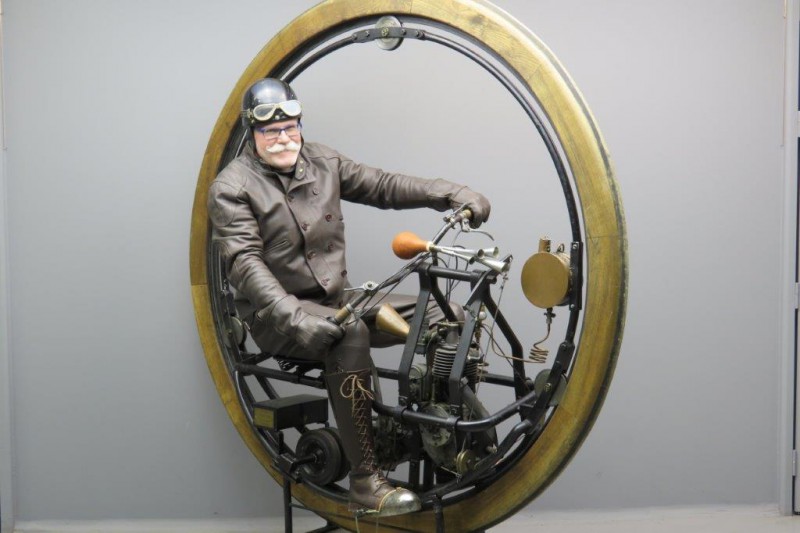 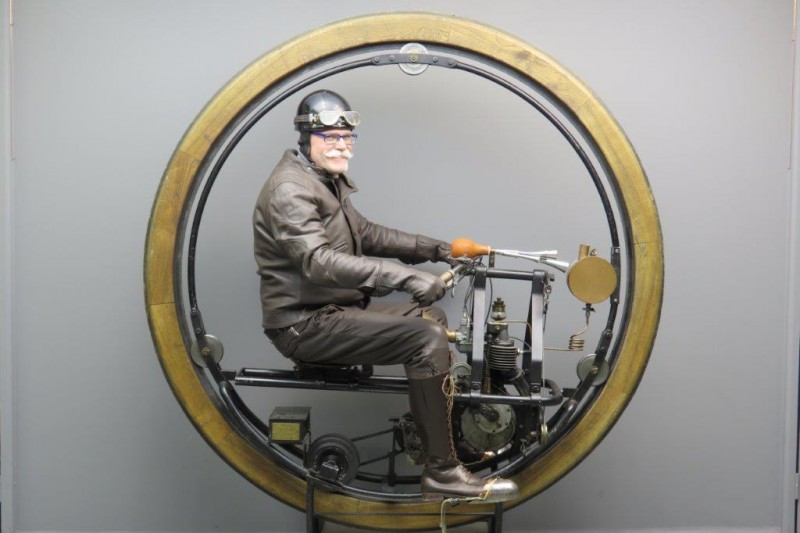 A monowheel is a one-wheeled single-track vehicle similar to a unicycle.
Instead of sitting above the wheel as in a unicycle, the rider sits either within the wheel or next to it.
The wheel is a ring, usually driven by smaller wheels pressing against its inner rim.
Most are single-passenger vehicles, though multi-passenger models have been built.
Hand-cranked and pedal-powered monowheels were patented and built in the late 19th century; most built in the 20th century have been motorized.
Today, monowheels are generally built and used for fun and entertainment purposes, though from the 1860s through to the 1930s, they were proposed for use as serious transportation.
The world speed record for a motorized monowheel is 98.464 km/h (61.18 mph).
Interesting information on this peculiar form of transportation can be found on Douglas Self’s site http://www.douglas-self.com/MUSEUM/TRANSPORT/motorwhl/motorwhl.htm
On this site we find a photograph of a Monowheel, according to the available information built by Edison-Puton around 1910.
This early motorized Monowheel inspired Anton Wallner, a technically gifted craftsman from Bavaria in Germany, to construct a similar example.
It is powered by a 1930 348 cc Swiss MAG engine which drives the wheel via a vintage Hurth gearbox.
Toni Wallner became very adept at riding his wheel and even held a speed record for monowheels for some time.
He demonstrated his abilities at many occasions and became quite well-known.
In later years his Monowheel was displayed in a museum and it is still in excellent running condition.
Note the “brake shoes” on the photograph, they are essential when you attempt a ride! In the seventies Wallner and his Wheel were featured in the famous German Rudi Carrell show.
They challenge a then modern BMW and Kawasaki on the famous Nürburgring race circuit.
Fun to watch, see https://www.youtube.com/watch?v=zMLy04bdHFI