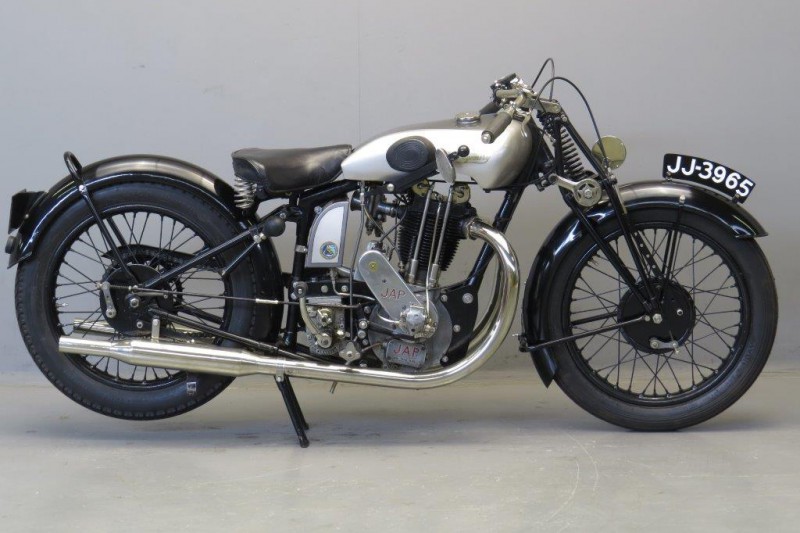 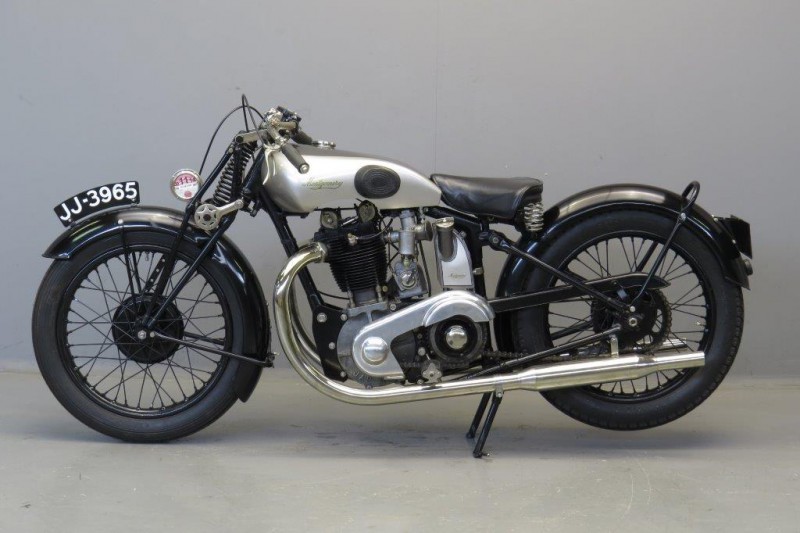 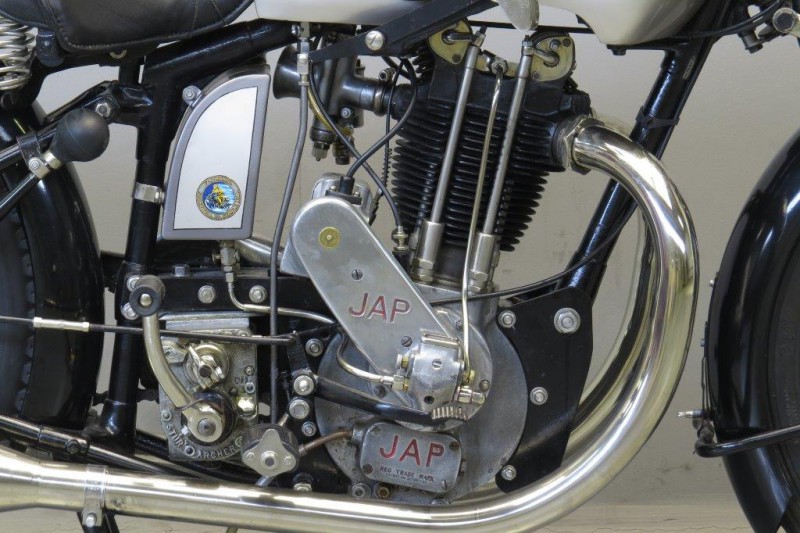 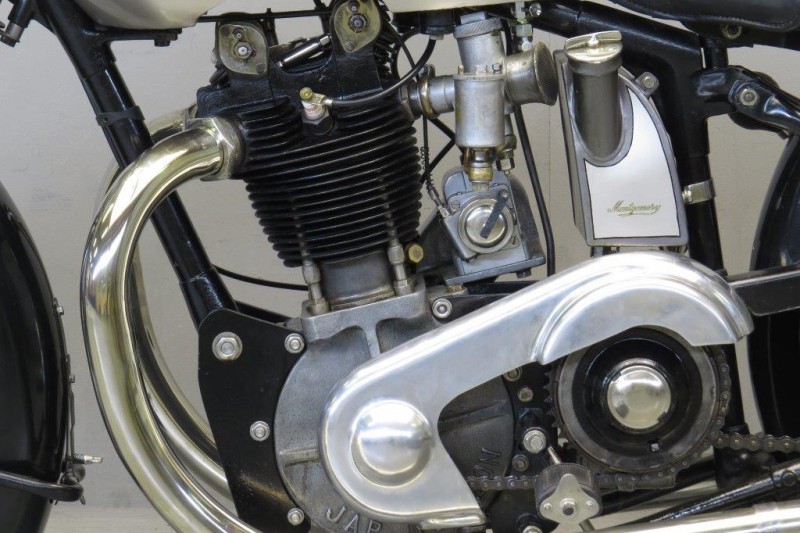 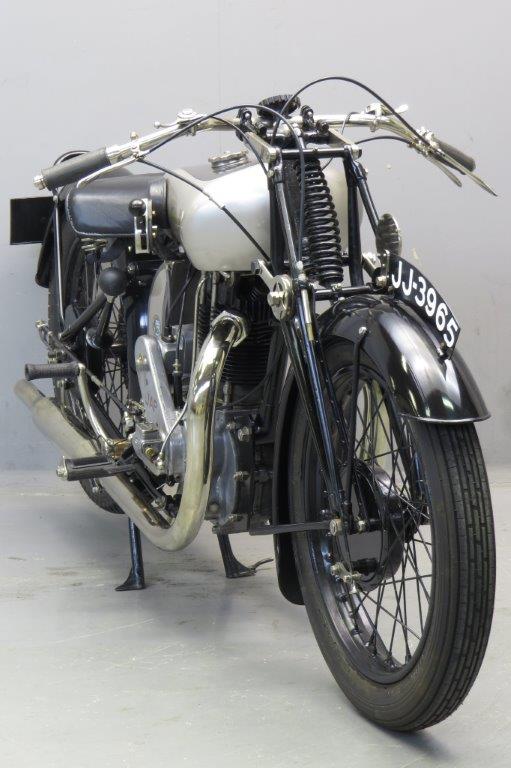 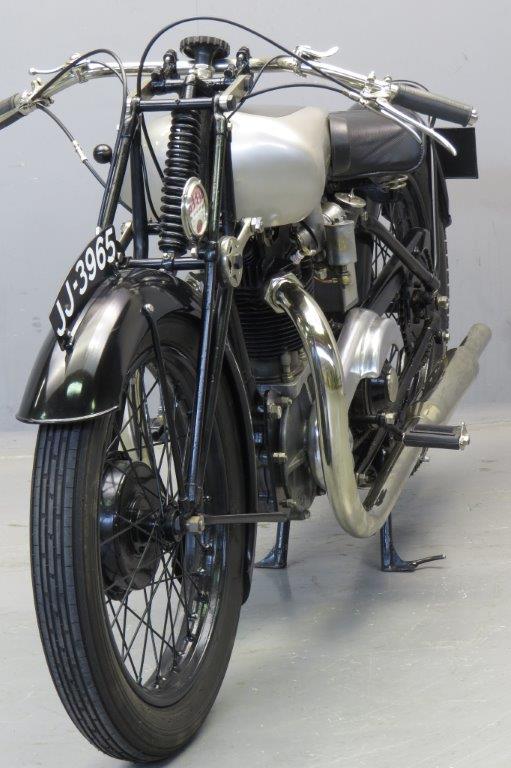 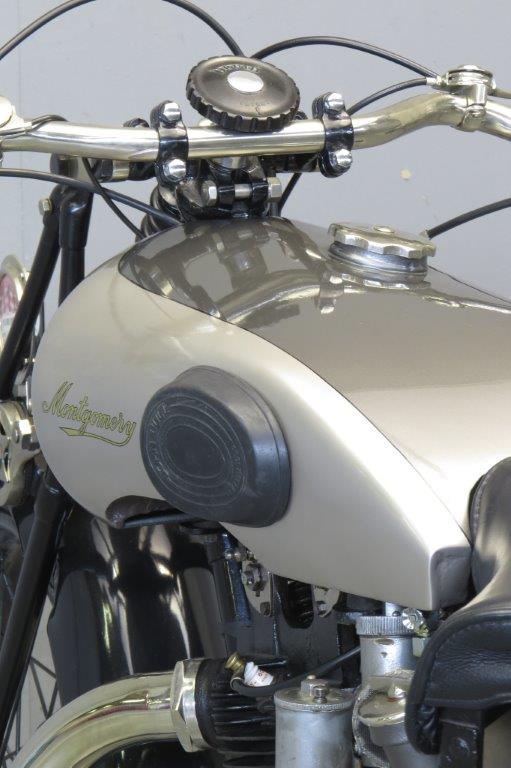 Already before the first world war William  Montgomery built motorcycles with proprietary engines at Bury St. Edmunds.
He moved to Coventry  where he also started to manufacture sidecars.
Prior to the war Montgomery produced a model with their own side valve flat twin engine of 708 cc capacity equipped with Sturmey Archer hub gear.
The production of motorcycles and sidecars was interrupted  for the duration of the hostilities.
After the war, in the early twenties, his son Jack resumed motorcycle production; the frames for the early Brough Superior models were built at the Montgomery Works.
In later years the range of machines was widened: in 1924 three models were offered, with 147 cc Villiers two stroke, 349 cc OHV Bradshaw and 600cc side valve JAP engines.
The entire Montgomery works was destroyed by fire in 1925 but the company  were able to eventually recover and by 1930 were a leading producer of quality two-stroke and four-stroke motorcycles.
One of the bestsellers was the Greyhound, with the 680cc V-Twin JAP SV engine.
For the 1930 model year no less than ten  models were catalogued, one with a 247 cc Villiers engine and the others with  JAP power sources. The beginning of the second world war  put a definitive end to Montgomery production.
This attractive  vintage  sportsman’s Sporst machine is equipped with a desirable JAP 500cc OHV KOR racing type  engine fed by an AMAL TT carburettor.
The engine is inclined ( both 17 and 20 degrees are mentioned).   Gearbox is the venerable Sturmey Archer 3 speed with hand change.