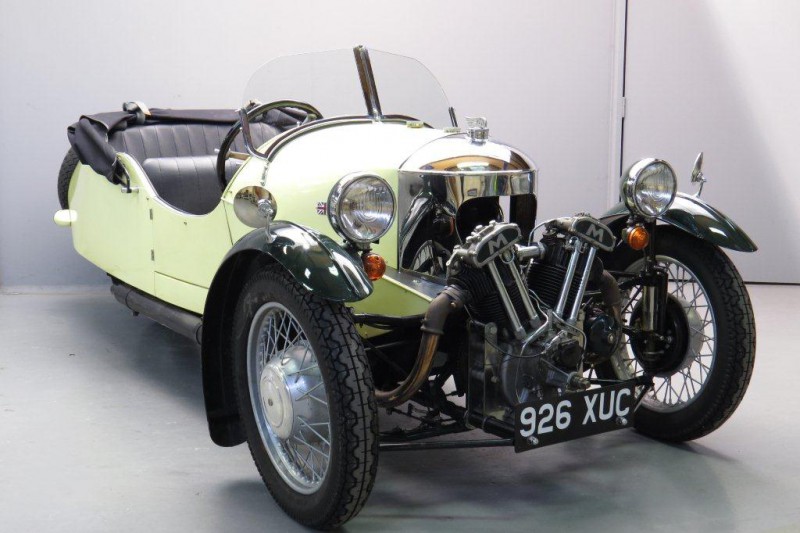 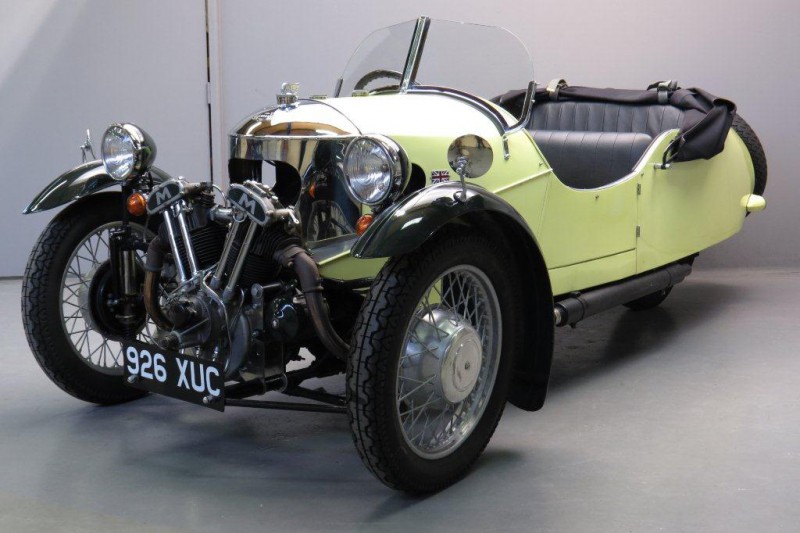 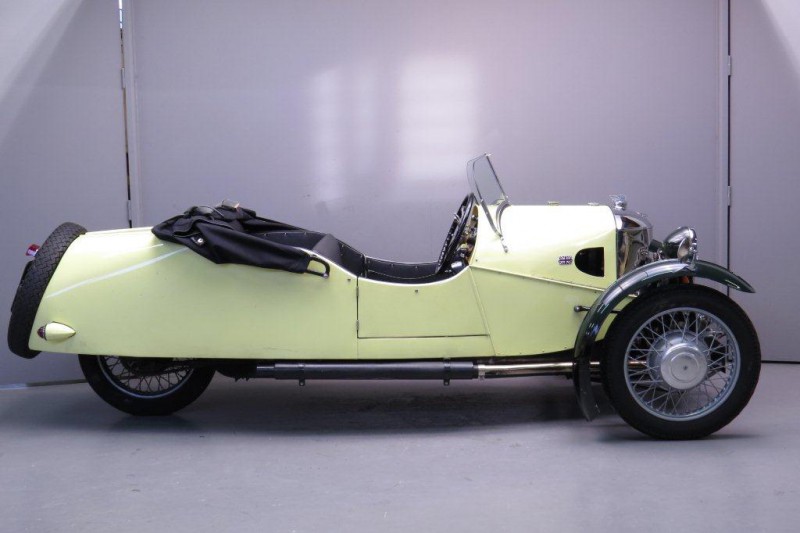 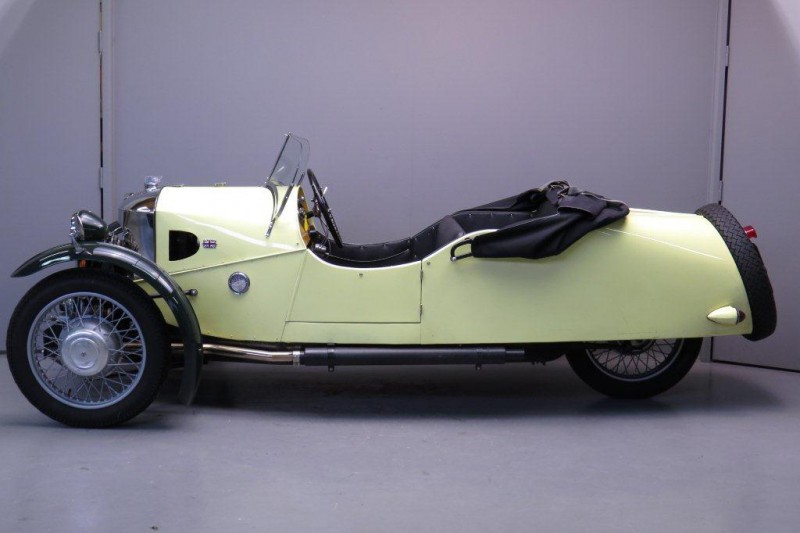 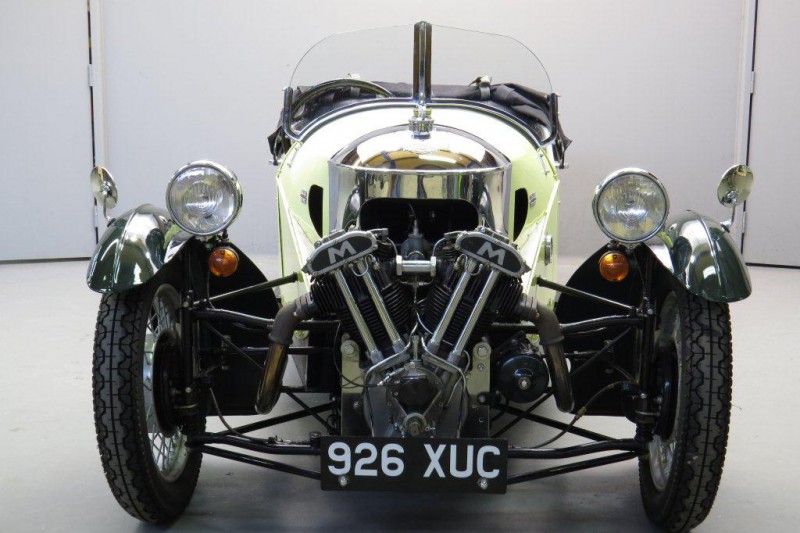 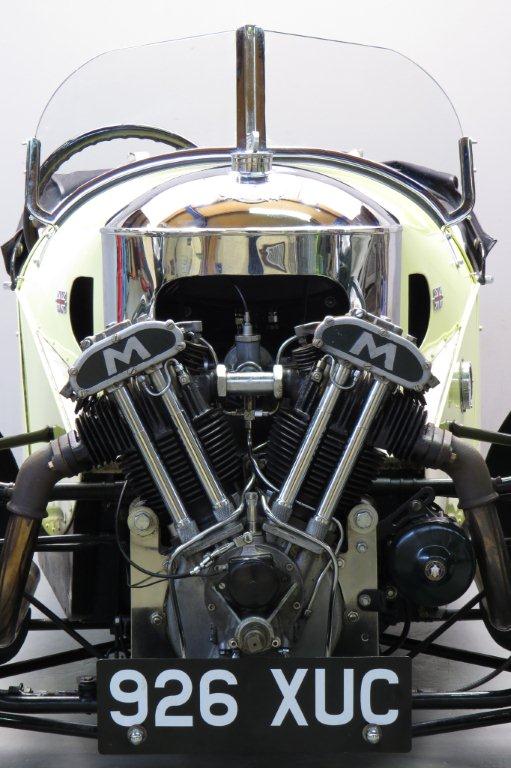 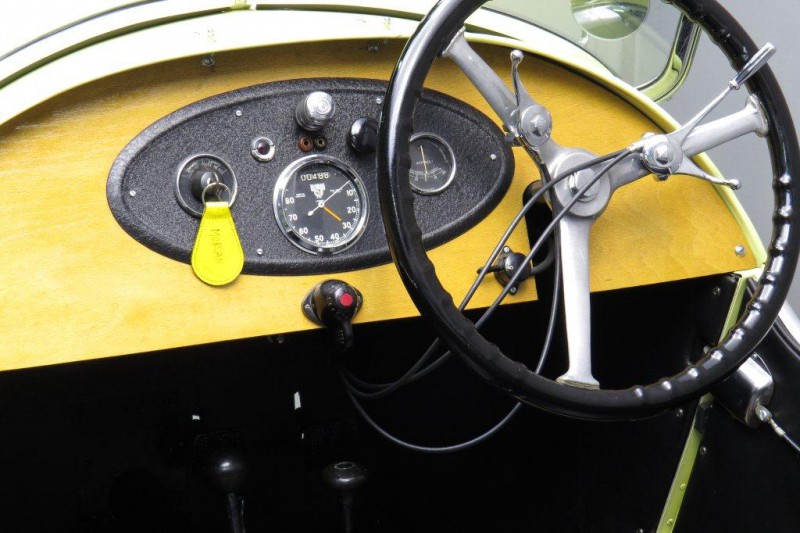 More than a motorcycle and not quite a car, the Morgan is the best known and the finest of the British 3-wheelers.
Morgan’s were popular during the 1930’s in Britain due to a tax advantage that allowed three-wheeled car to be registered as a motorcycle. Low and purposeful, the Morgan Super Sports Matchless air-cooled OHV engine is slung aggressively in front of a beautifully rounded radiator with its single rear wheel almost concealed.
The three-wheeler was produced for over forty years and its fine sporting tradition is kept alive today through the enthusiasm and competition activities of the Morgan Three-Wheeler Club.
The barrel-backed Super Sports model 2+2 as offered here, was introduced at the 1933 Motorshow.
It was available with either the desirable air-cooled overhead valve Matchless MX engine, the same as used in the Brough Superior SS100, or the overhead valve, water cooled Matchless engine.
The air-cooled OHV engine produced around 40bhp and the price of the car was £150, as compared with the beetle-back model at £125 with the same engine, and £135 with the sixty degree J.A.P. engine.
The sleek new barrel-backed MX featured a rear mounted spare wheel and a low V windscreen.
The Matchless engined models were the first to use double "D" shaped cut outs at the side of the bonnet in order to improve cooling, as well as a modified gearbox casing giving better work wheel cooling and running on Castrol D oil.
This introduction of the new gearbox caused the chassis numbers to change from the R to D Series and was the last and most advanced Super Sports model.
The MX OHV air cooled Super Sports is regarded as one of the most desirable production three-wheeler Morgans.
It can provide exhilarating pre-war motoring and is equally at home on the open road or the Vintage race circuit.
This particularly attractive MX Super Sports 990cc Matchless air-cooled OHV is finished in yellow over black upholstery.
The car is running and driving well, is a very well presented older restoration and in very good condition throughout.
There are comments that say driving a Morgan is very near to flying without leaving the ground………
Engine: Air cooled OHV V-twin Matchless MX, 990cc, Gearbox: three speed chain drive; Brakes: three wheel drum; Suspension: front, independent sliding pillar, rear, quarter elliptic springs.
Right hand drive. Electric start.