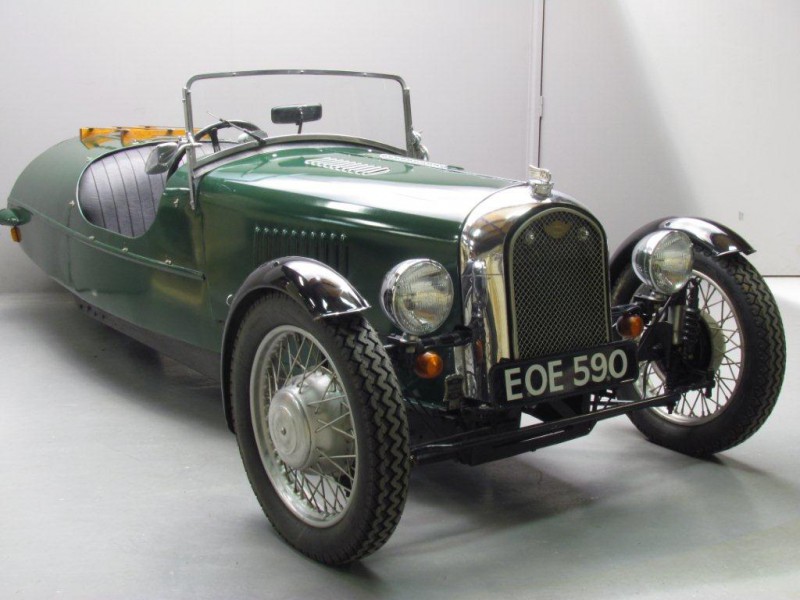 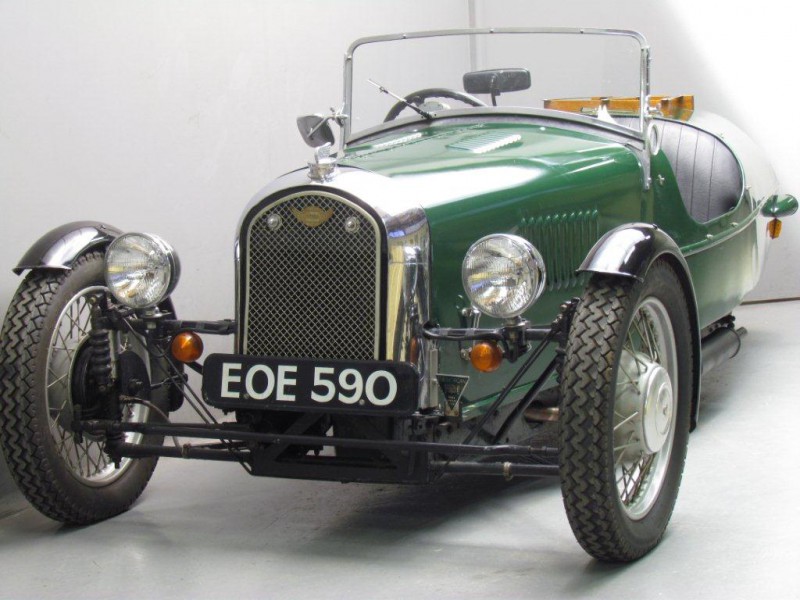 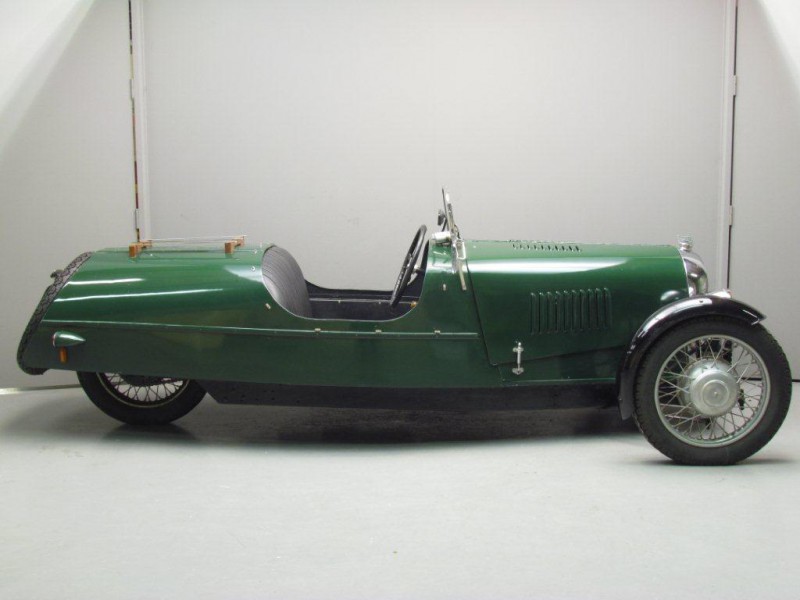 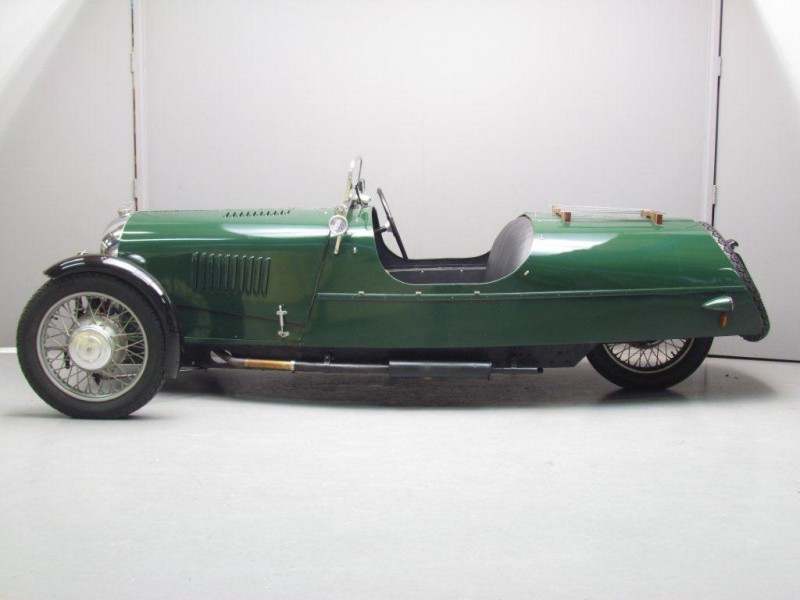 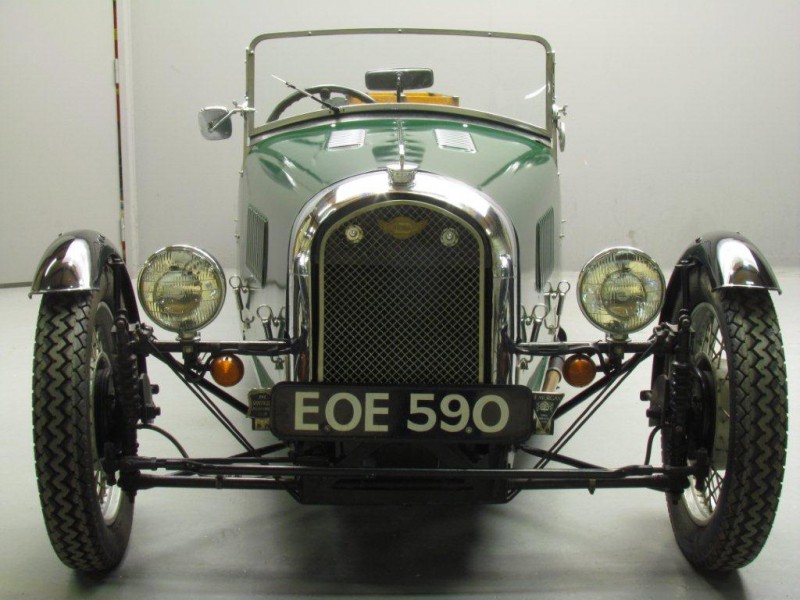 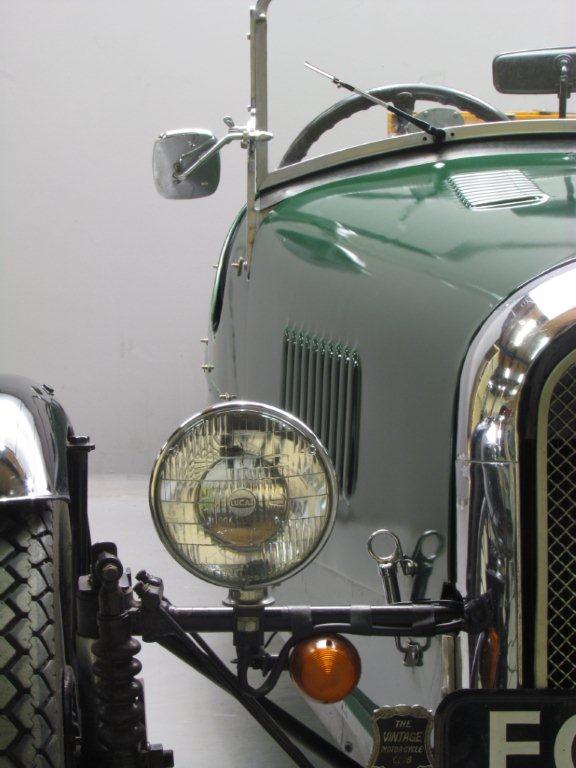 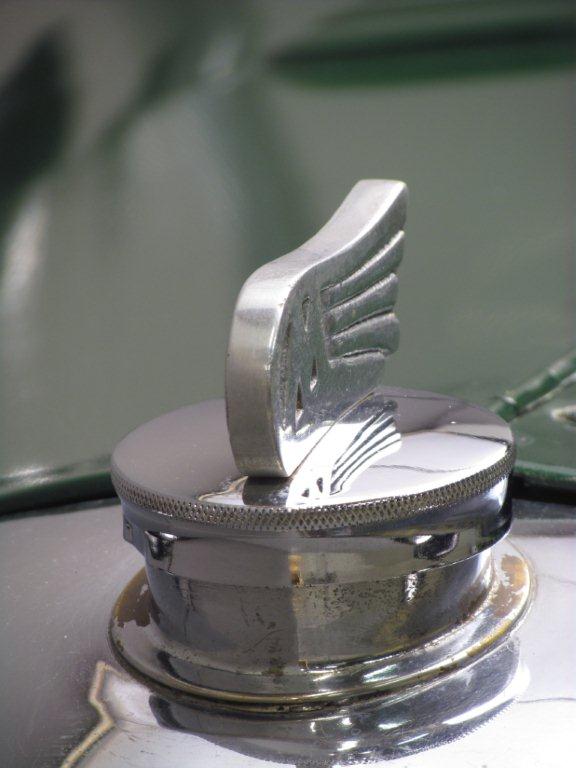 H.F.S. Morgan created a three-wheeled runabout with seating for one in 1909.
He made the vehicle for his own personal use and to meet his needs.
There was more interest in this 3-wheeled vehicle and requests were made to produce more examples.
In 1912  the two-seater examples were on display at the Olympia Motor Show and generated more work than Morgan could handle.
To meet the demand, Morgan purchased the necessary machining tools and built larger facilities.
The cars endured much success in races and hill-climbs and racing enthusiasts were eager to get one for their own.
The next iteration of the Morgan cyclecar was a four-seater version, which Morgan had created for his family use and the sale would continue until 1937.
For many years, the Morgans featured two speeds and a two-chain drive.
The engines were from motorcycles, placed in the front, and were either air-cooled or liquid cooled.
The F-Series was introduced in 1932 and would stay in production until 1952.
These versions, as offered here, had 1170cc four-cylinder engines courtesy of Ford and a press-steel chassis.
The three-wheel Morgans were very popular in the United Kingdom because of the low cost to register and they offered excellent economy to operate.
This 1938 Morgan F4 is chain driven to a single rear wheel.
The engine is a Ford  4 cylinder Flat Head 100E.
This example is a well presented, handsome older restoration and runs very well.