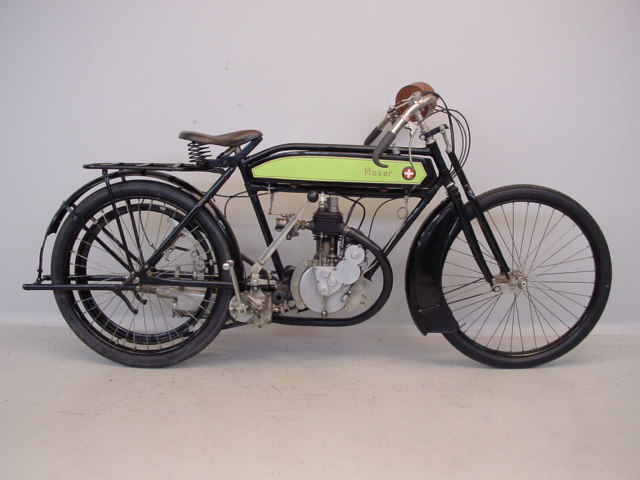 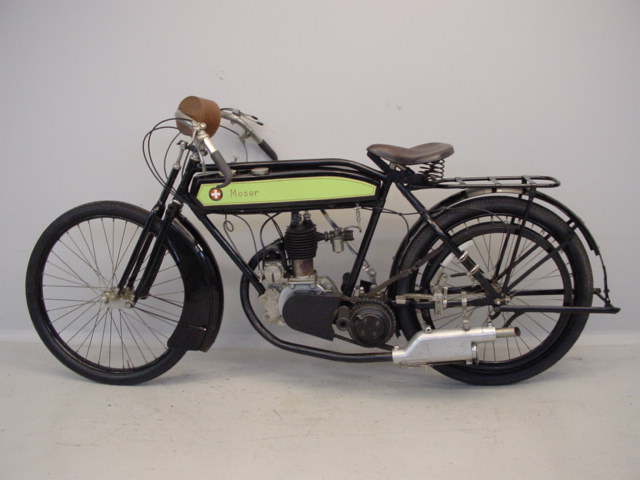 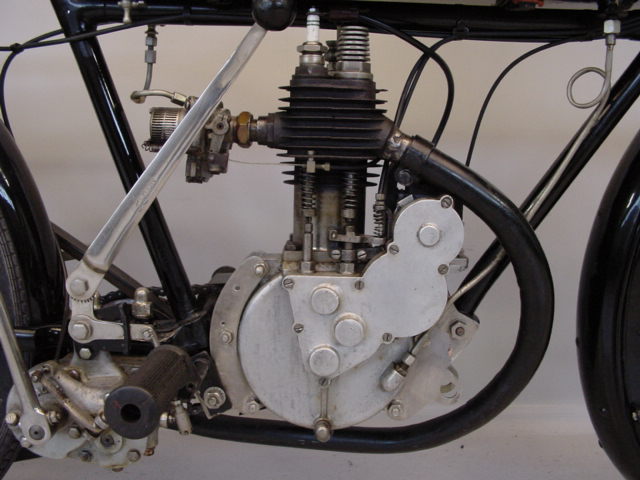 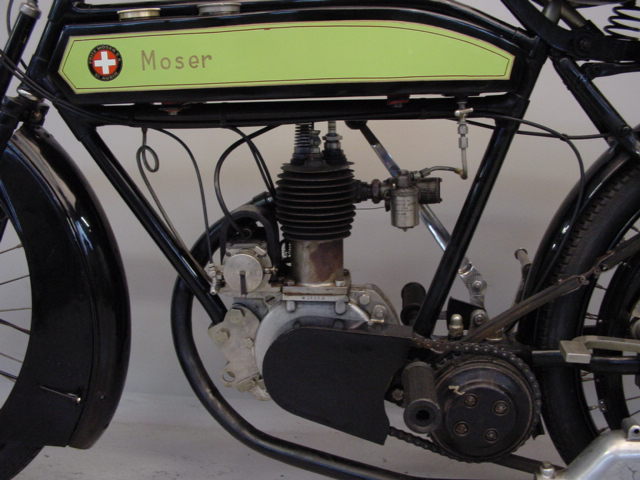 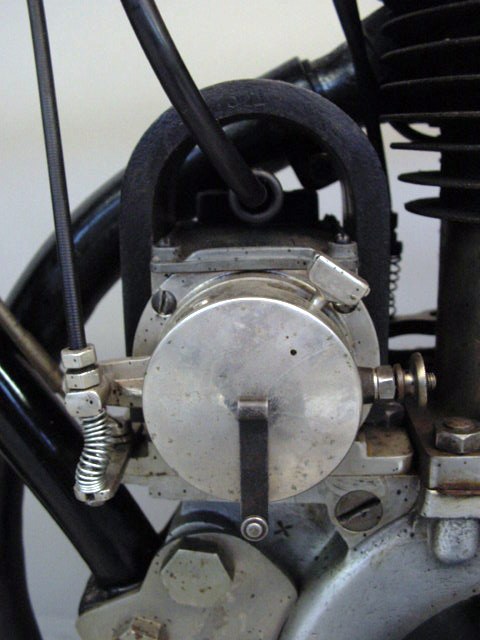 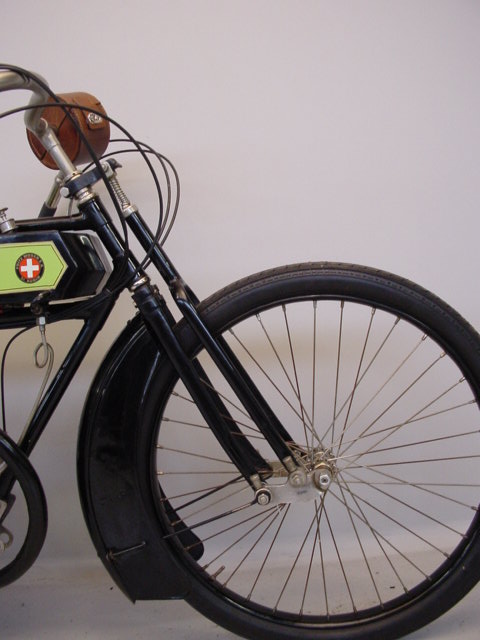 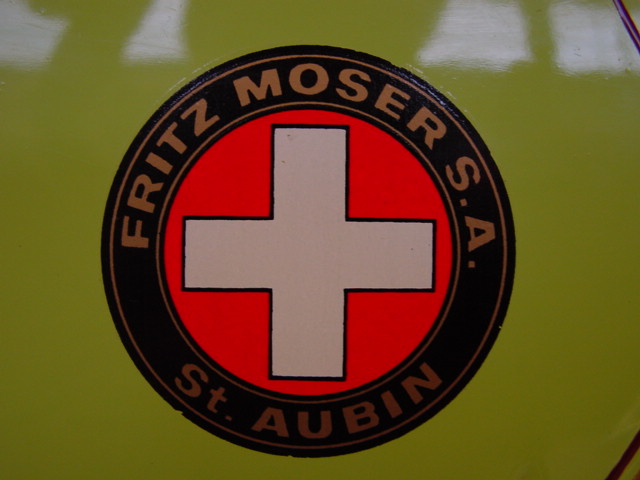 Fritz Moser started of as a clock maker and from 1899 he worked for some years in the Zédel engine factory, that was based in St. Aubin, Switzerland. Moser started his own company  there and brought out his fist  motorcycle around 1905.
It was  a side valve v twin with mechanically operated valves.
The machines were very successful in mountain racing events. Many other makes  started using  Moser engines and the company prospered.
In the early twenties light Moser engines were popular, for example the  125 and 175 cc ohv unit construction engines.
These machines were very economical with fuel and managed to set some world records: the 125 cc model  was ridden 112 kilometres on one litre of petrol.
Another very impressive world record was set in 1926  by a Dollar with 125 Moser engine.
This little machine reached a top speed of almost 104 km/hour.
In the 1930s the company was taken over by Allegro.
This neat little machine has a 3 speed Burman gearbox and secondary belt transmission.