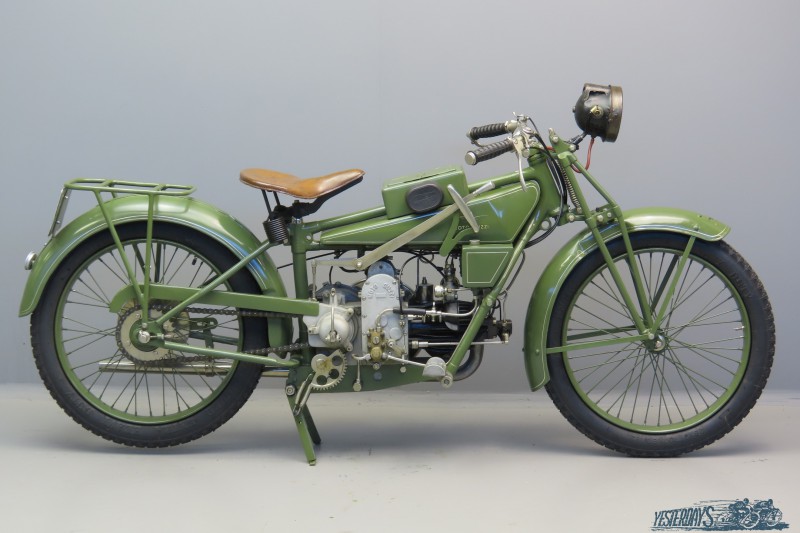 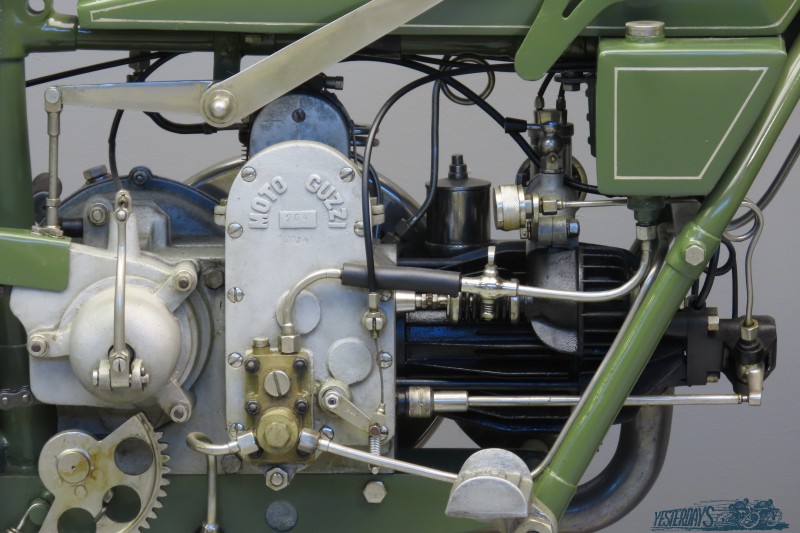 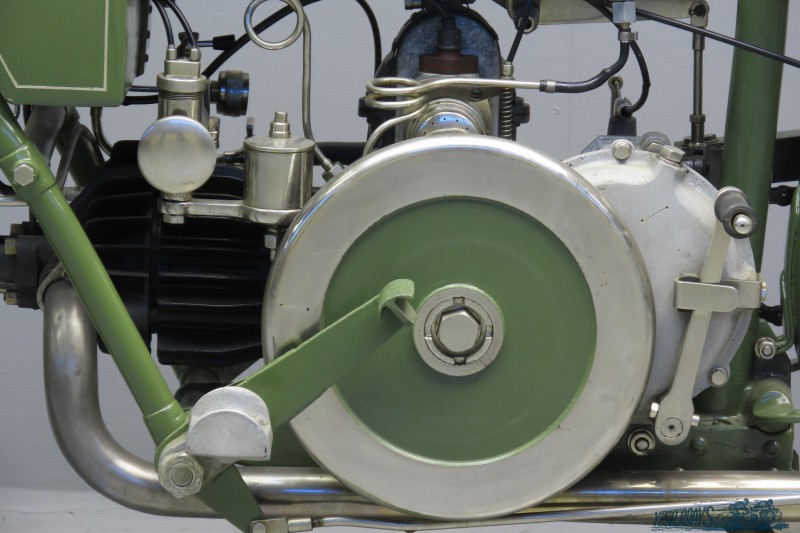 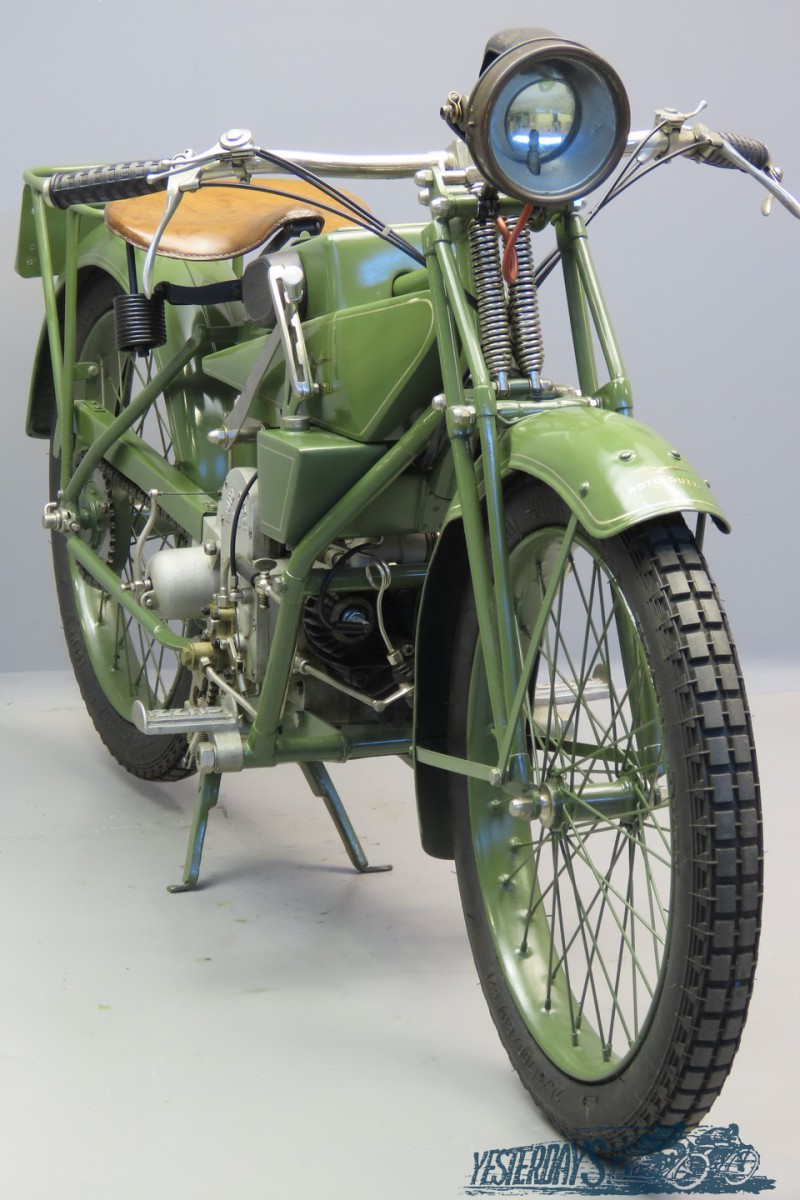 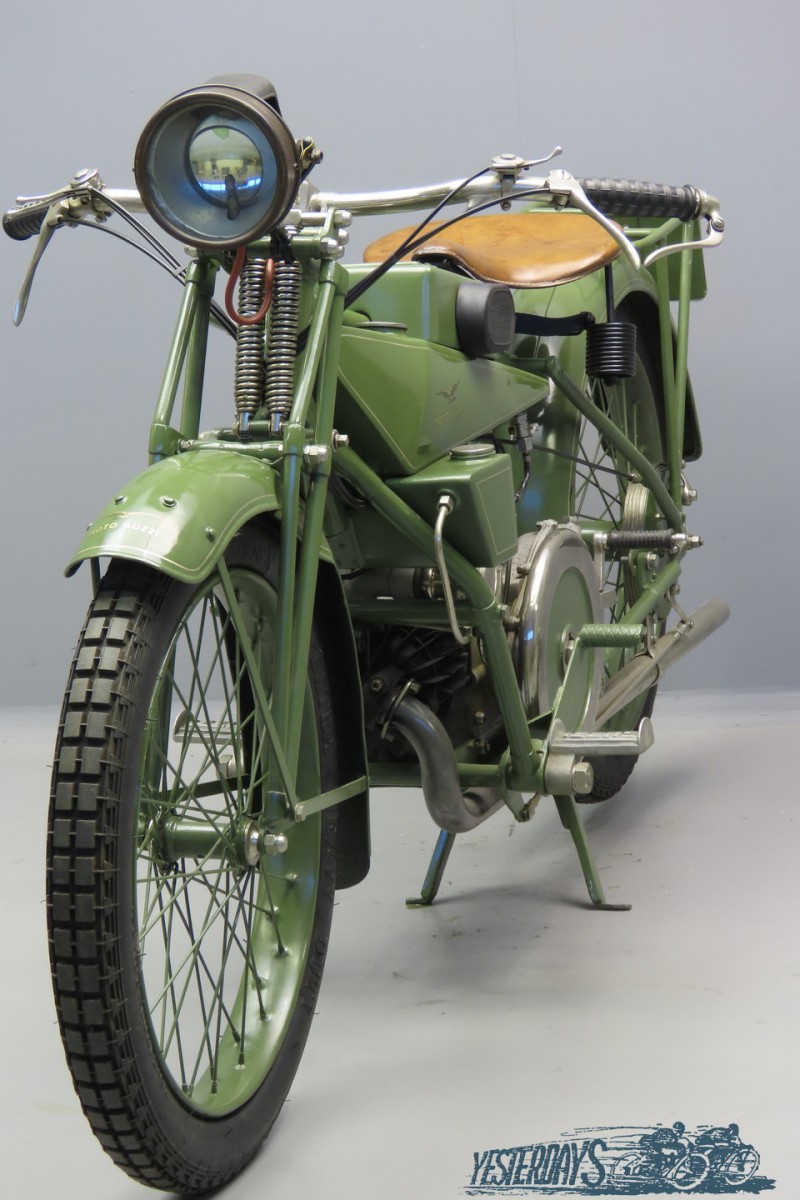 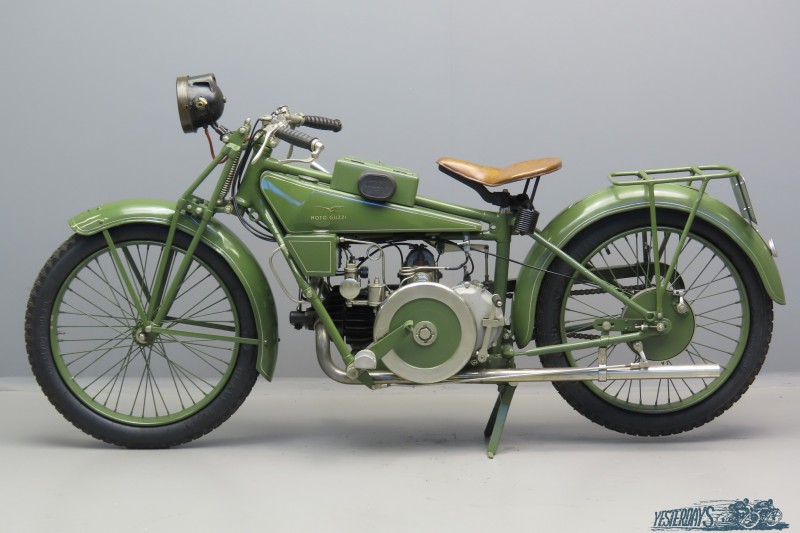 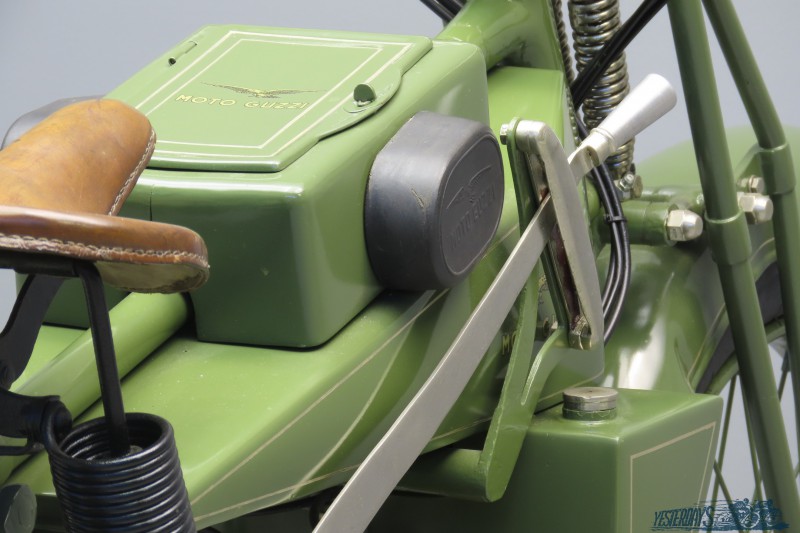 Moto Guzzi has been a leading make in Italy since 1921 and it is one of the few Italian makes to become well-known abroad.
The first production model was the “Normale” and in that first year sales were modest with only 17 machines sold.
The engine produced some 8hp@3200 rpm. In 1923 an improved model was marketed, the “Sport”.
This combined the Normale engine plus gearbox with the duplex frame of the successful 2CV racing model.
The Sport engine had a higher compression ratio (4.5: 1 instead of 4:1) and improved engine speed.
From 1924 till 1928 the Sport was the only production Guzzi in the range.
It was finished in green with gold pin striping up to including 1927, after that the colour changed to red.
The Sport has a remarkable engine with its horizontal cylinder, radial finning to enhance cooling and big but slender exposed flywheel; the idea behind this construction being to keep the engine’s main bearings close together.
The machine’s frame with widely splayed and braced front down tubes is very rigid and the low, horizontal position of the engine and gearbox ensure good road holding and handling.
Bore x stroke are 88 x 82 mm and the engine delivers 13hp@ 3800rpm.
The Sport weighs 130 kg, has a top speed of about 100 km/h and a petrol consumption of 3.4 litres per 100 km.
Total production between 1923 and 1927 was 4107 machines.
This early Sport comes with official Italian documents related to the machine’s history and owners.
For some reason the frame number was altered from #201 to # 0307948, according to a document entry made on June 3, 1948.
This well-restored, road-registered vintage tourer is fitted with Amac carburettor, Bosch magneto and acetylene headlamp.