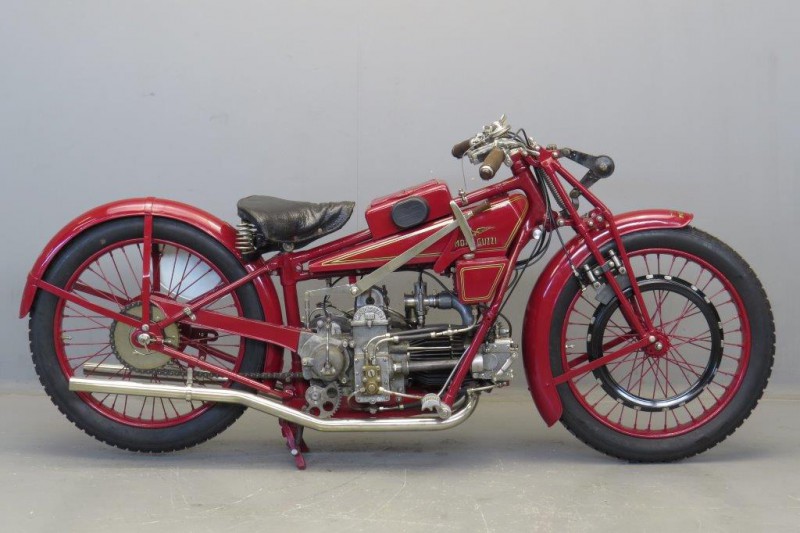 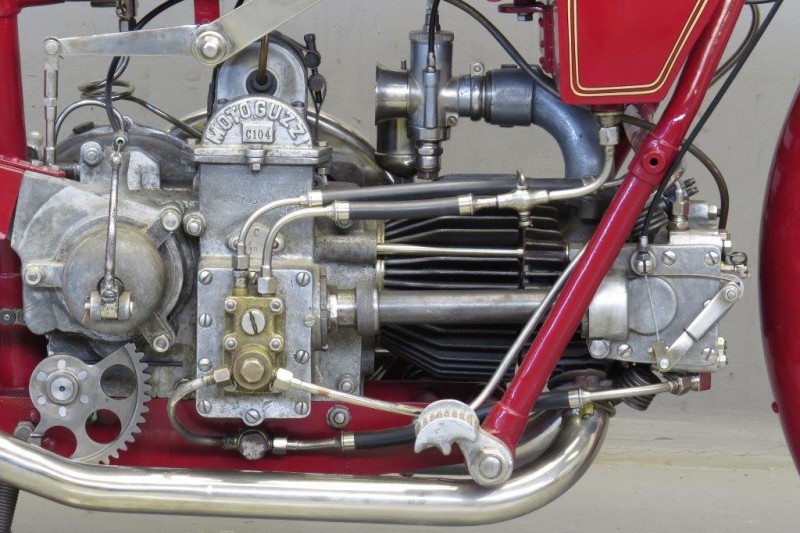 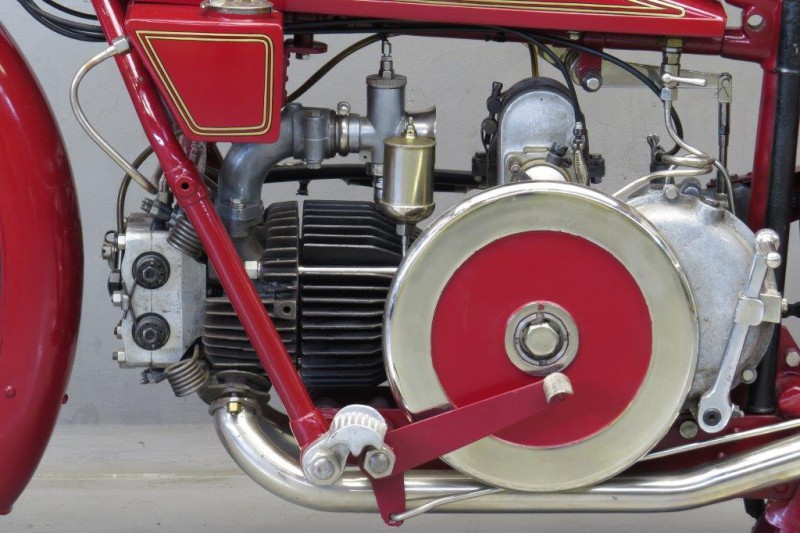 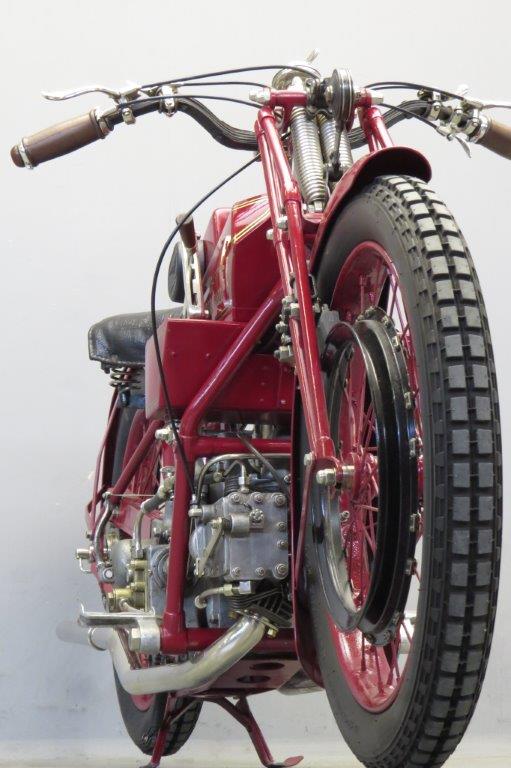 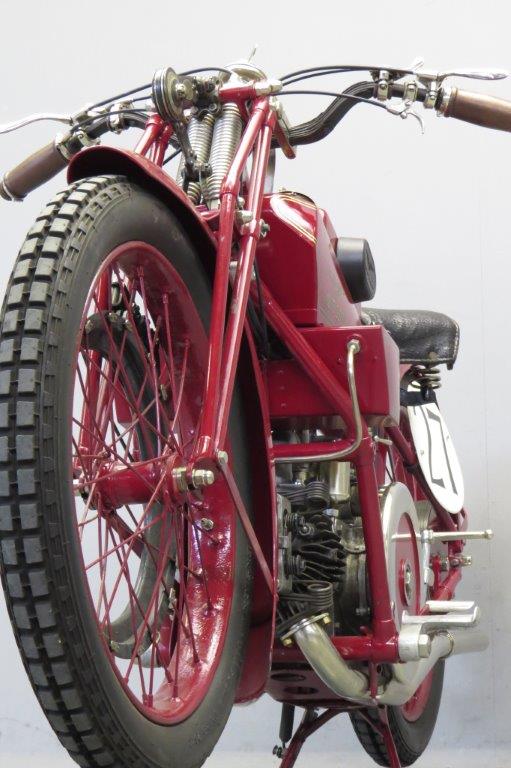 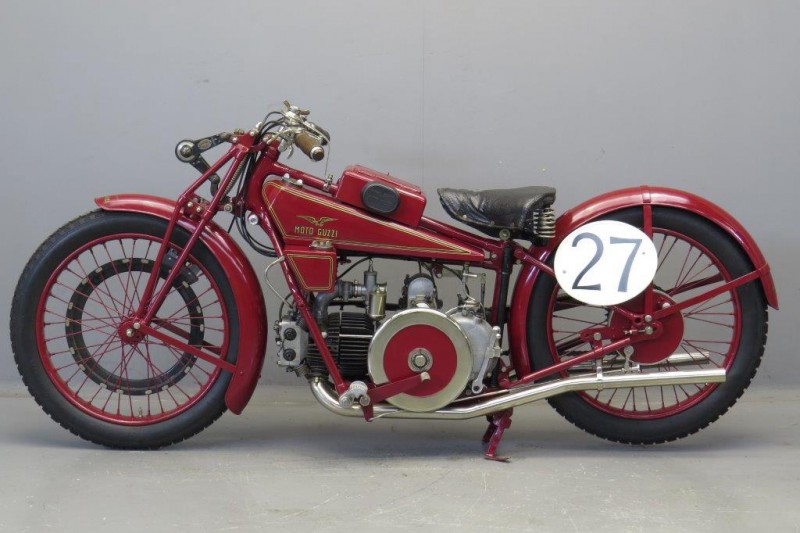 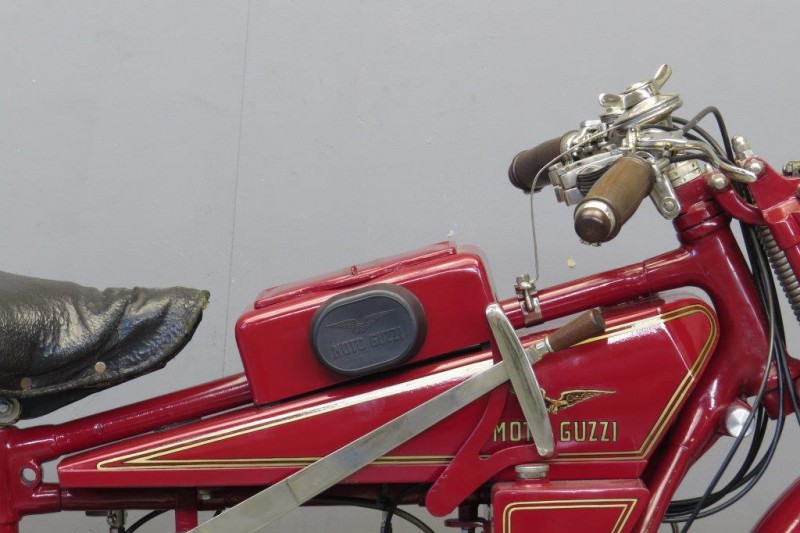 Moto Guzzi has been a leading make in Italy since 1921 and it is one of the few Italian makes to become well-known abroad.
From the twenties on a number of interesting racing machines with OHC engines were developed and Guzzis became a force to reckon with in TT races.
The Moto Guzzi C4V we offer here  remains an important milestone in motorcycle history because it was the first Italian racer that made its mark in the 500 cc class.
It was first marketed in 1924 and for a while it was  one of the fastest 500 cc bikes in the world.
It was equipped with an  88×82 mm OHC  engine that had a compression ratio of 6:1  and  that initially produced 22 HP @ 5500 rpm.
The engine was developed further  year by year and by 1927 the output had increased to 32 HP. This racer is equipped with  “Gazda” sprung handlebars, Bosch magneto and Amac carburettor.
A “Gandolfo”  front spring damper is fitted.
A rare and exiting machine indeed!