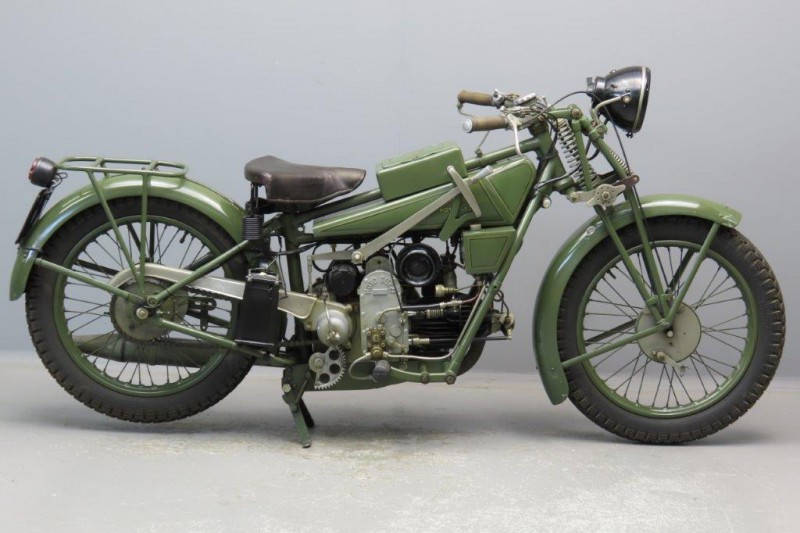 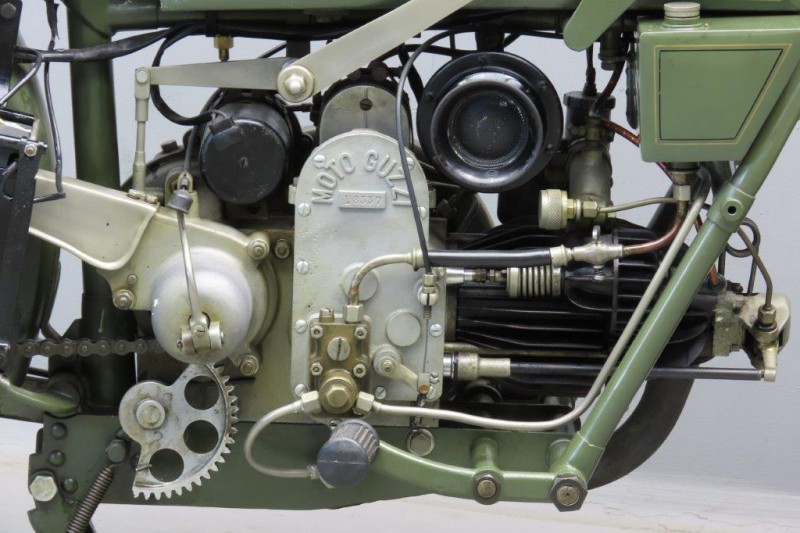 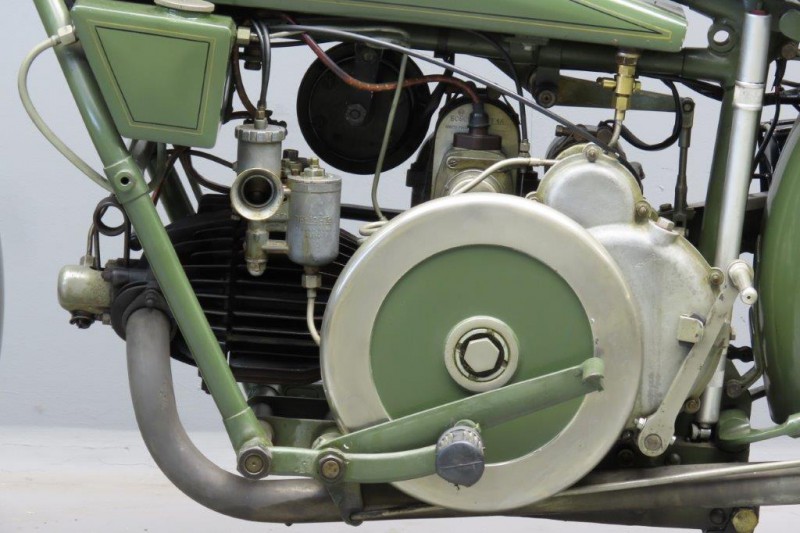 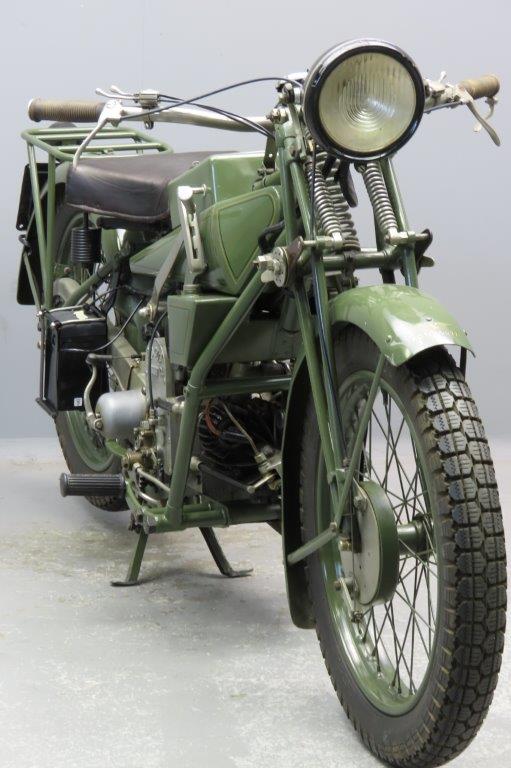 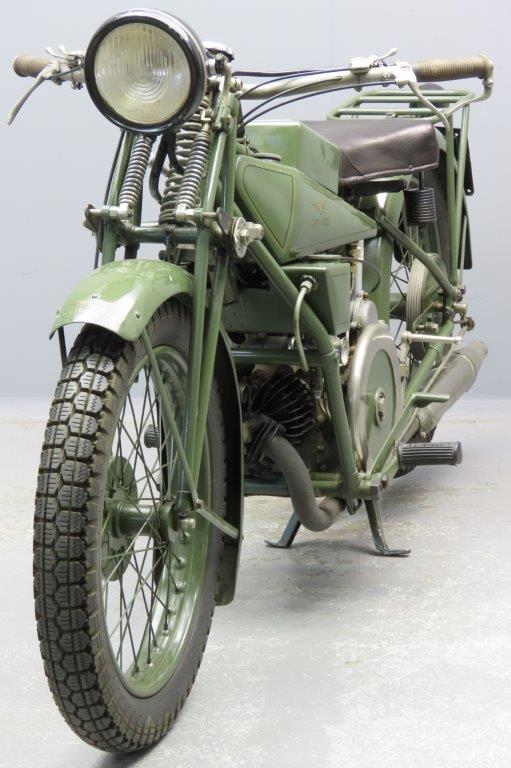 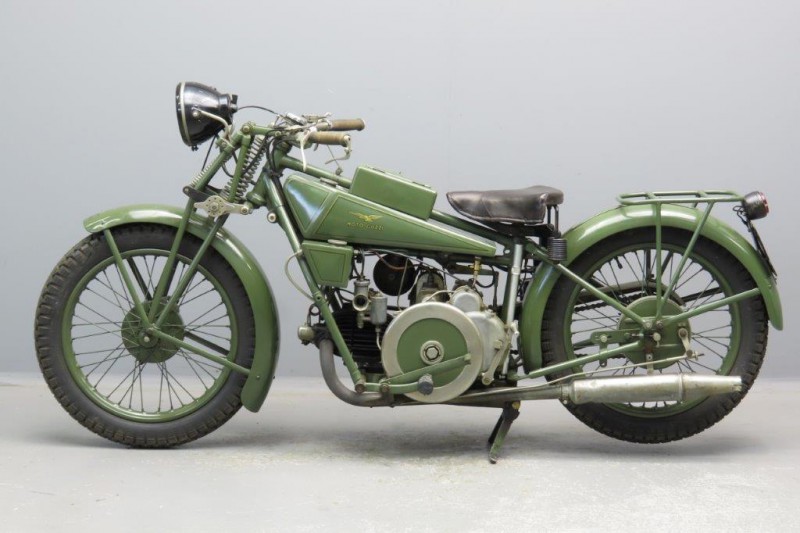 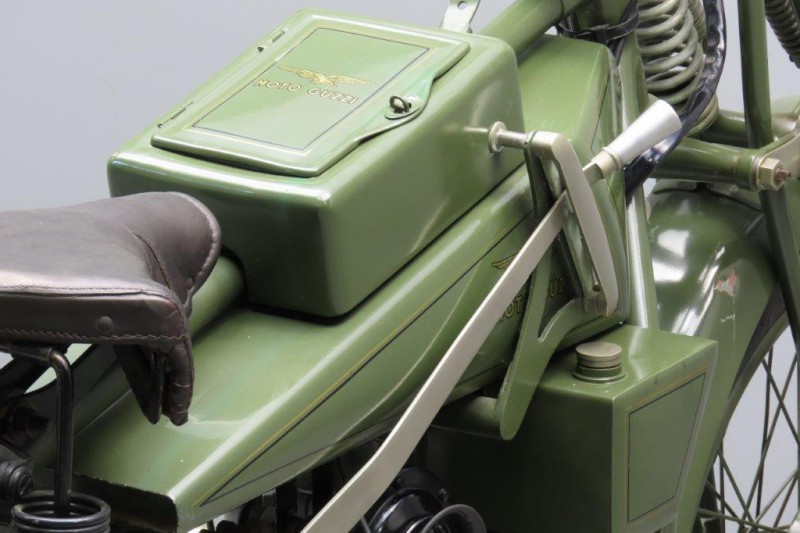 Moto Guzzi has been a leading make in Italy since 1921 and it is one of the few Italian makes to become well-known abroad.
From the twenties on a number of interesting racing machines with OHC engines were developed and Guzzis became a force to reckon with in TT races.
In the 1926 lightweight TT Ghersi was credited with the fastest lap and he actually was disqualified from the second place because the spark plug he used in the race was of a different make as the one he used in the practice session.
In1935 Stanley Woods won the Lightweight TT with a spring frame single Moto Guzzi; the next day Woods won the Senior race on a Guzzi twin!
The design of the Sport 14 engine goes back to the early twenties: it’s a remarkable engine with its horizontal cylinder, radial finning to enhance cooling and big but slender exposed flywheel; the idea behind this construction being to keep the engine’s main bearings close together.
The machine’s frame with widely splayed and braced front down tubes is very rigid and the low, horizontal position of the engine and gearbox ensure good road holding and handling.
The Sport 14 weighs 130 kgs, has a top speed of 100km/h and a petrol consumption of 3.4 litres per 100 km.
The engine develops 13.2 hp @ 3800 rpm. Although produced for only two years, the Sport 14 was one of Guzzi’s best-selling models of the period: in 1929/1930 4285 Sport 14 machines were produced.
The electrical system of the Sport 14 is an interesting combination: it features Bosch magneto, horn and lights, but the dynamo is a separate Miller item.
Earlier Guzzis were mostly equipped with Bosch magdyno.
This sturdy and technically very interesting vintage Guzzi is a somewhat mellowed restoration.