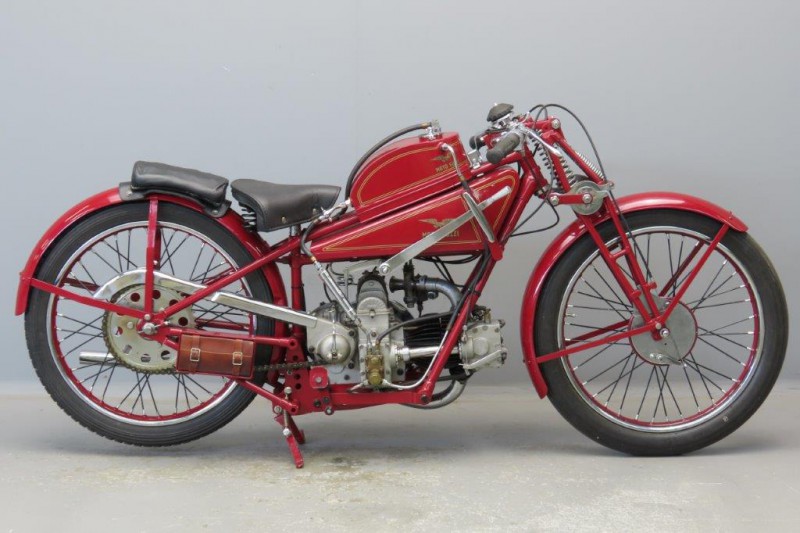 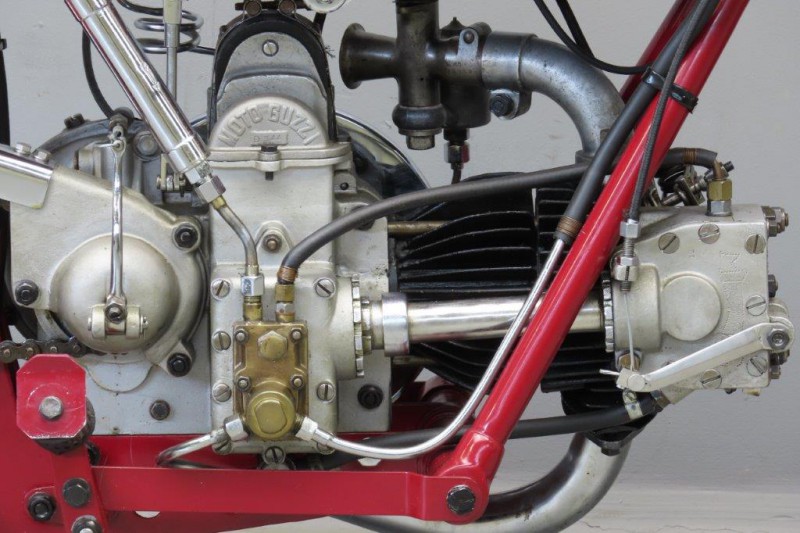 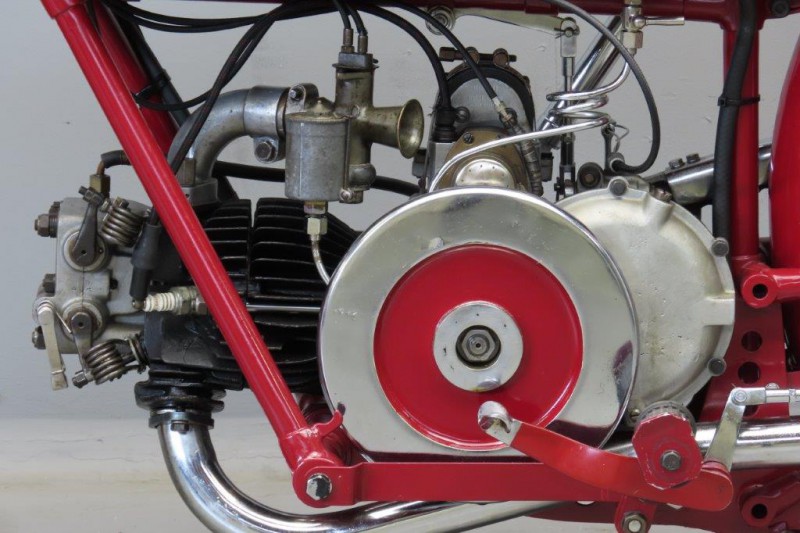 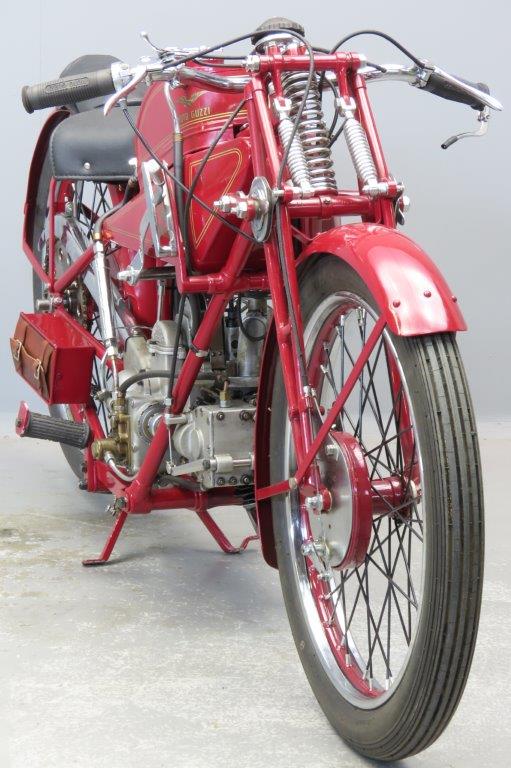 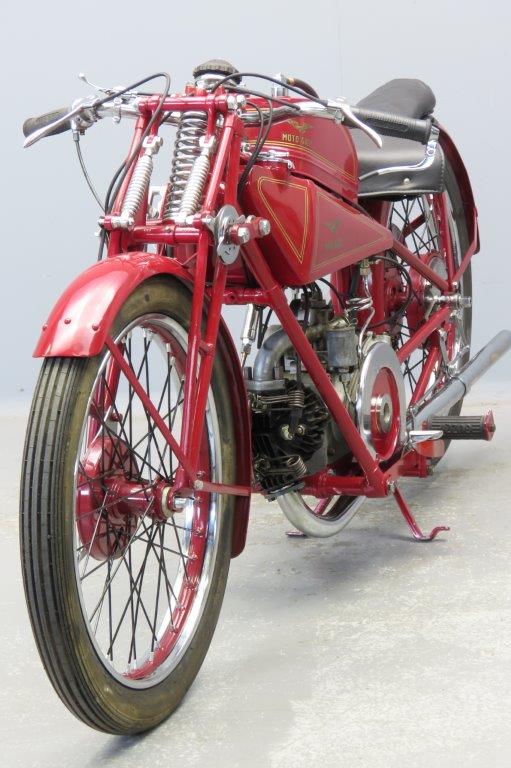 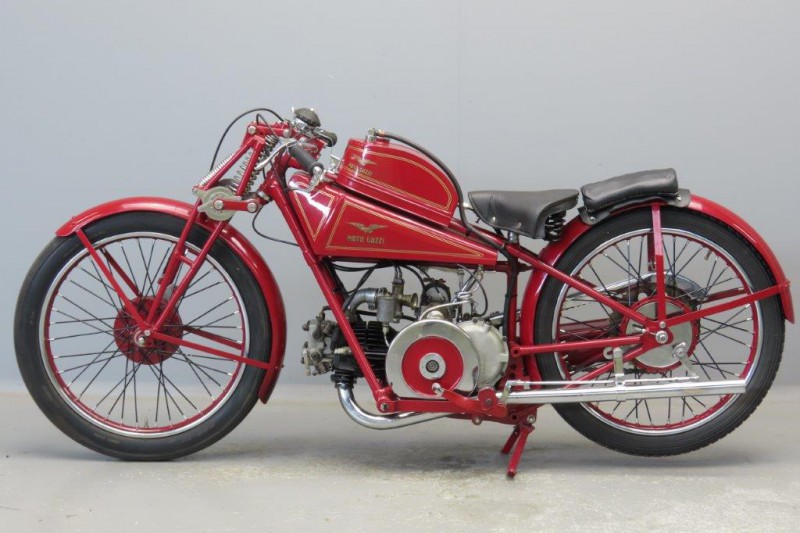 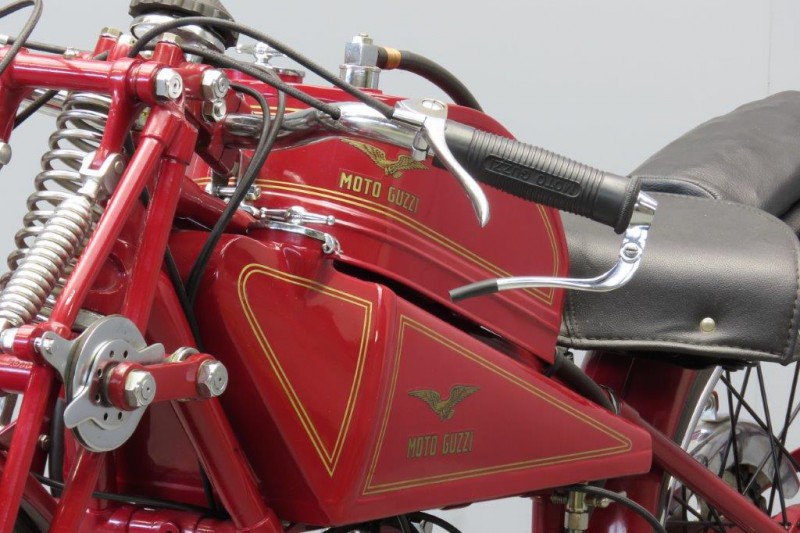 Capitalising on the success of the ‘500’ racer, Carlo Guzzi introduced a broadly similar ‘TT250’ early in 1926, though the quarter-litre Guzzi made do with only two valves.
The latter were disposed at a relatively narrow (60-degree) angle, and the overhead-cam engine had ‘square’ bore/stroke dimensions of 68mm.
The result was a class-leading power unit with a specific output of 60bhp/litre, an exceptional performance for a normally aspirated engine at that time. As its designation suggests, the TT250 was intended for the Isle of Man TT.
Sadly, the 1926 event would prove a bittersweet experience for the Moto Guzzi team, its rider Piero Ghersi failing to finish the Senior race and being disqualified from 2nd place in the Lightweight having used a unspecified spark plug. Nevertheless, the TT250 proved good enough to win at that year’s Circuito del Lario and Grand Prix des Nations at Monza, and at the season’s end a customer version was made available to privateers.
The TT’s successor was the 250 SS which was produced from 1928 till 1933.
This model had the oil tank fitted on top of the petrol tank and was good for a top speed of 125 km.
The machine on offer comes with documents from the Piaggio company stating that it was produced on August 25 1932 and subsequently despatched on August 29.
It has matching frame and engine numbers and is in good condition throughout.