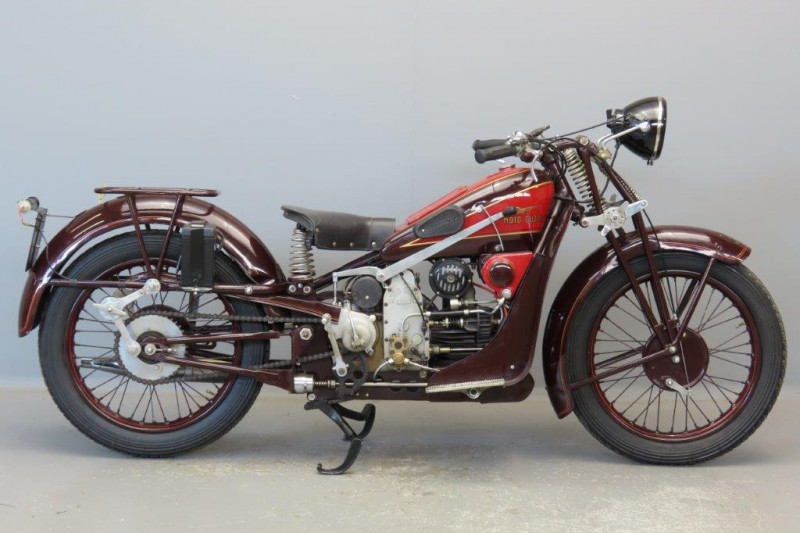 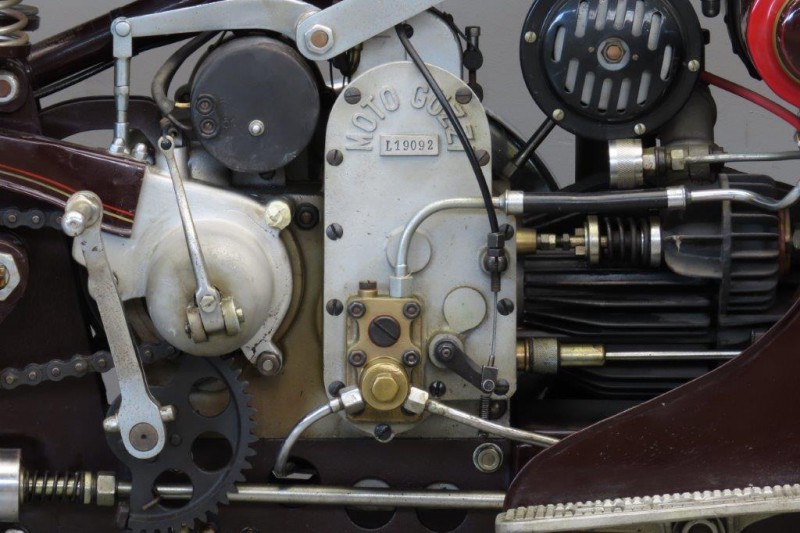 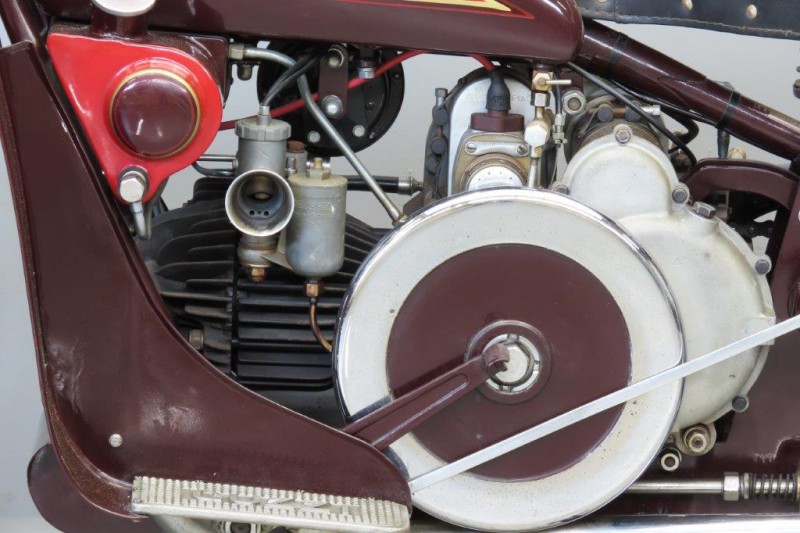 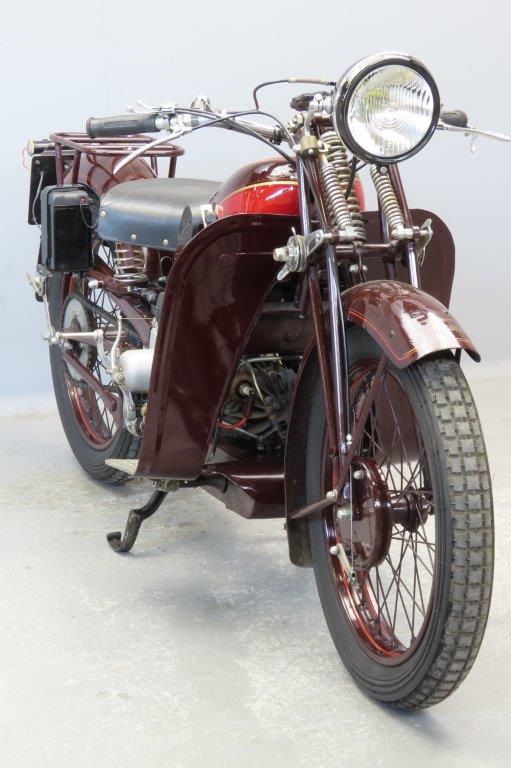 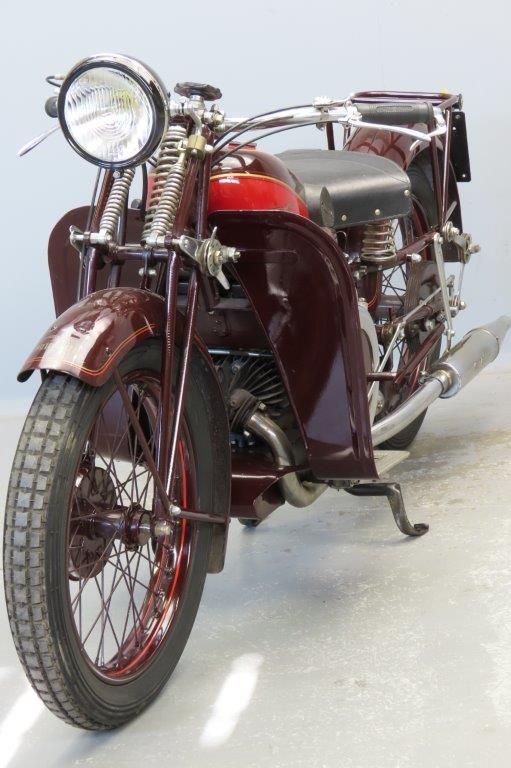 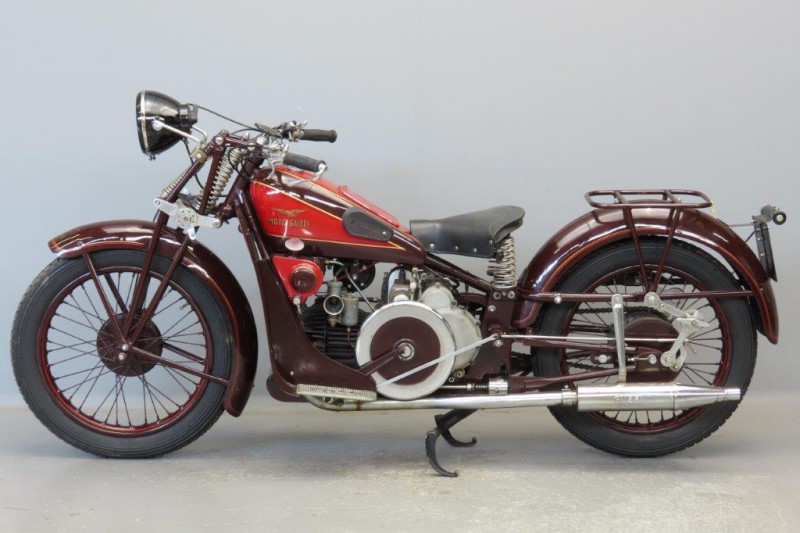 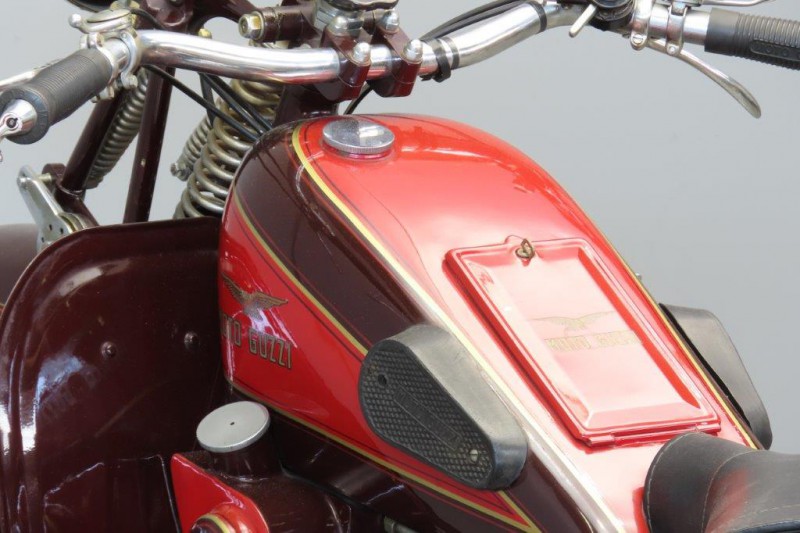 In 1927 Giuseppe Guzzi, elder brother of Carlo and the engineering genius of the family, designed a prototype of a touring version of the Sport model, the Grand Tourer (G.T.).
This machine was equipped with a very comfortable and well designed sprung frame, a swing arm with friction dampers.
The new model was dubbed “Norge” after the Italian airship that had carried out the first verified flight over the North Pole in 1926.
Giuseppe made a 6000 km long trip to the North Cape with the new G.T. 500 in the summer of 1928.
This feat created much publicity for the firm.
However, despite its modest price, its stability and comfort the GT sales struggled for a few years because the public was rather sceptical about this new construction.
A few years later competition successes with its successor, the G.T. 16, would convince the prospective buyers of the merits of the sprung frame.
The G.T. 16 was introduced in 1931 and used an engine and frame developed from the Sport 15.
The rear part of the frame also differed from the G.T. design: there was only one fork to support the mudguard and dampers instead of the previous double triangle arrangement.
Sales went up markedly from 1931 but the G.T. 16 is still a relatively rare Guzzi with its total production of 754 machines.
This older-restoration machine is fitted with Bosch lighting system (but Miller tubular rear light, an original fitting we believe).